Destiny 2: Season of the Chosen Review — Ending With a Fizzle, Not a Bang

Destiny 2’s Season of the Chosen is wrapping up, and it’s certainly been an exciting journey: we halted the migration of the homeless Cabal, destroyed their champion to save Commander Zavala and explored a haunted ship to steal a gun. Serious foundations were laid for future storylines in the first half of the season, but as the months rolled by Season of the Chosen has provided little incentive for players to return. Be sure to check out our First Impressions piece for a breakdown of everything that was available at season launch.

The Story So Far

The new Battlegrounds playlist activity reached its zenith; the four unique combat scenarios and boss encounters were consistently refreshed with evolving narration from a wide array of Destiny-verse NPCs. Despite the Battlegrounds maps feeling a bit like Strikes, the new playlist does a great job serving as Season Pass fodder: helping separate premium access from free-to-play content just as Nightmare and Empire Hunts did before it. 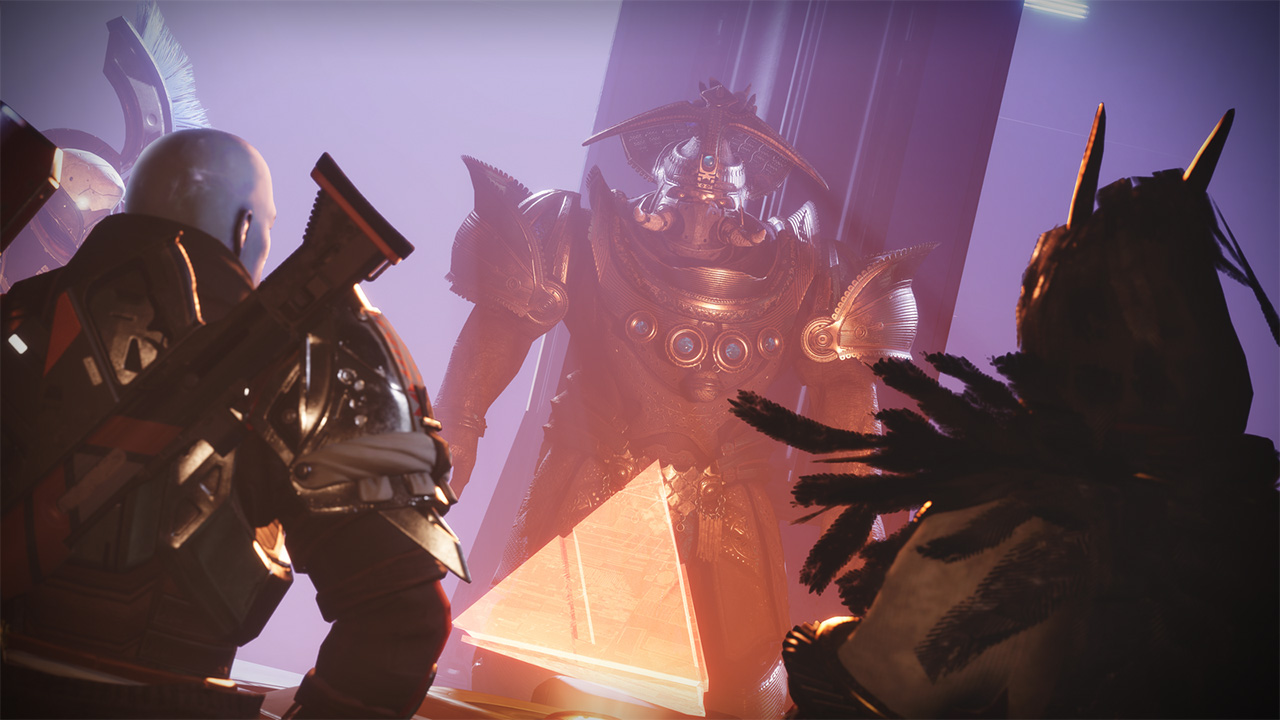 Let me tell you how an Empress is greater than a Queen.

Both the Battlegrounds and weekly updates at the H.E.L.M. were the main drivers of plot progression for the seasonal arc. Empress Caiatl, frustrated by our constant murdering of all her would-be supporters, accepted an all-or-nothing wager with Commander Zavala: The Cabal’s greatest Champion versus humanity’s (which just so happens to be us, the players). If the Cabal win, Commander Zavala will serve as advisor to Caiatl and the Guardians will be conscripted into the war effort against the Hive. If humanity wins, the Cabal will vacate our planets.

All this came to a head in a new Proving Grounds Strike that helped refresh the tired playlist. Proving Grounds provided a solid final showdown for this season’s plot while also sending any players brave enough to attempt the hellish Grandmaster difficulty crying for help. After our inevitable victory, Empress Caiatl agreed to the truce, though an assassination attempt on Zavala muddied the waters. The attempt was thwarted by Crow, who finally revealed his face to the Vanguard (with some genius symbolism used by Bungie), setting the scene for the Season of the Splicer as one of tentative trust and new beginnings. Do you dare to walk the haunted halls of the Glykon?

Following Season of the Hunt’s evolving mission-based arena, with players getting the chance to win some shiny weapons, Season of the Chosen proudly presented Presage. In Presage, players explore a drifting Cabal derelict called the Glykon that appears to be the last known location of Emperor Calus and home to some questionable research methods on the Darkness and the Scorn. Players navigate claustrophobic ventilation and corrupted maintenance areas in search for answers and loot, specifically the new exotic scout-rifle, Dead Man’s Tale.

In an experience more akin to the original Destiny’s horror aesthetic, the Glykon gives Dead Space some stiff competition. The cold creaking of the ship paired with supernatural murmurings create a constantly tense atmosphere even when navigating jumping puzzles or simply walking down corridors. A few unique combat scenarios define Presage, including a Star Wars inspired bit, which culminates in a horrifying boss fight forcing players to deal with the ship’s rampant heating systems while evading a melee focused monstrosity.

Each week for three weeks new dialogue and collectibles would frame the same objective in Presage. This gave it enough dynamism to keep an activity of middling level complexity fresh, making it less of a chore for players to get that sweet Pinnacle drop or farm rolls on Dead Man’s Tale. A Master difficulty was dropped with a time limit, causing the whole run to fail if players took too long, but little incentive to try that difficulty was made beyond securing boasting rights. Be sure to check out the Presage playthrough to experience Bungie horror aesthetic at its finest. 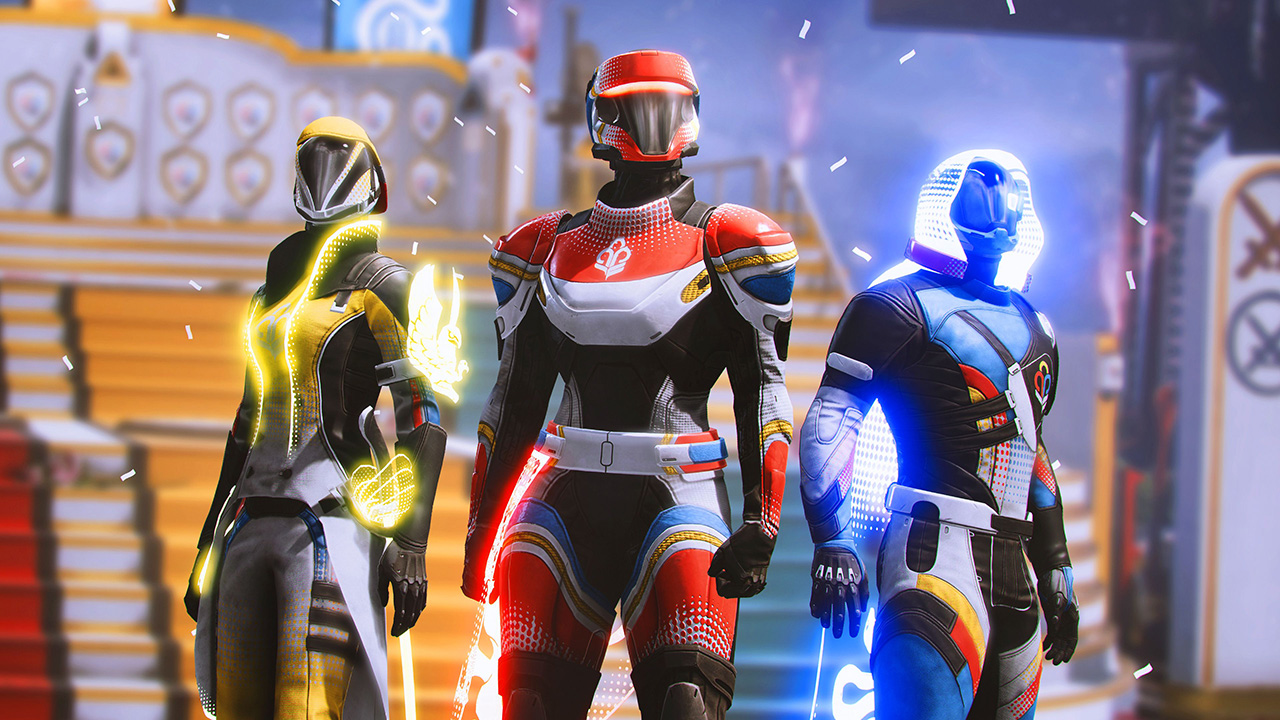 All dressed up with nowhere to go.

As the Cabal story reached its natural conclusion and the Glykon rested, offering only lore entries for weekly runs, the Season of the Chosen community event — the Guardian Games — rushed to the rescue… And promptly fell on its face. The Guardian Games are a competitive event held between the three classes (Hunter, Titan and Warlock), and largely came at the wrong point in the season.

The Guardian Games rewards players with medals for engaging in core playlist activities which can then be submitted towards a daily tally. Most class medals in a day wins, most daily wins take the weekly victory and most wins over all three weeks will be seen as class supreme. It’s just a pity that after an entire season of engaging in core playlist activities, with the new Weekly Challenges to incentivise it, there was little motivation for players to step up what they had already been doing.

At its core, Destiny 2 is about grinding those same core playlist activities, over and over and over, but by tacking on the Guardian Games at the end of an already grindy season players were beginning to suffer from fatigue. Had it dropped even a few weeks earlier, players could still juggle other objectives in their Guardian Games pursuits, creating a more rewarding event. As is, though, it simply didn’t offer anything different over the norm. Sure, there were some flashy head glows, fireworks in the Tower and bounties complete with extra flair — oh, and an Eververse reset — but there was nothing of substance beneath it.

The Vault of Glass awaits, Guardian.

While Season of the Chosen was still underway, even Bungie started looking ahead by opening some user polls, where players could vote on future cosmetic options. Unfortunately, the developer didn’t consult players before announcing the upcoming Armor Synthesis system (transmog), which the community has largely condemned due to gatekeeping, microtransaction preferencing and busywork. In more uplifting news, however, the classic Destiny raid experience has made its return with the Vault of Glass coming out of the Destiny Content Vault this past Saturday.

Despite its live Closing Ceremony, Season of the Chosen ended with a whimper rather than a bang, but the updates to core and repeatable gameplay were solid additions to Destiny 2. Character development and narrative were the best we’ve seen outside of full expansions; even then, they may well be up there.

In this microtransaction-dominated capitalist space, I can only give the highest praise for Season of the Chosen: it was well worth the money.

Although its momentum suffered towards the end, the core additions to gameplay and the phenomenal narrative development make Season of the Chosen a piece of solid, reliable entertainment.