DOOM Eternal: The Ancient Gods – Part One Review — Your Fight is now Your Own

I’ve clocked just over 70 hours of playtime since DOOM Eternal launched back in March, revisiting my favorite levels from the campaign on a regular basis, having numerous cracks at Ultra Nightmare and going for new unlockables. I’ve played the game to 100% completion on Ultra Violence, and Nightmare, so to say I was keen to sink my teeth into some new content is an understatement. DOOM Eternal’s first piece of downloadable content, The Ancient Gods – Part One, further expands the base game’s narrative and gameplay systems, and while it’s largely the same experience, there are a few added wrinkles to keep things fresh and interesting. 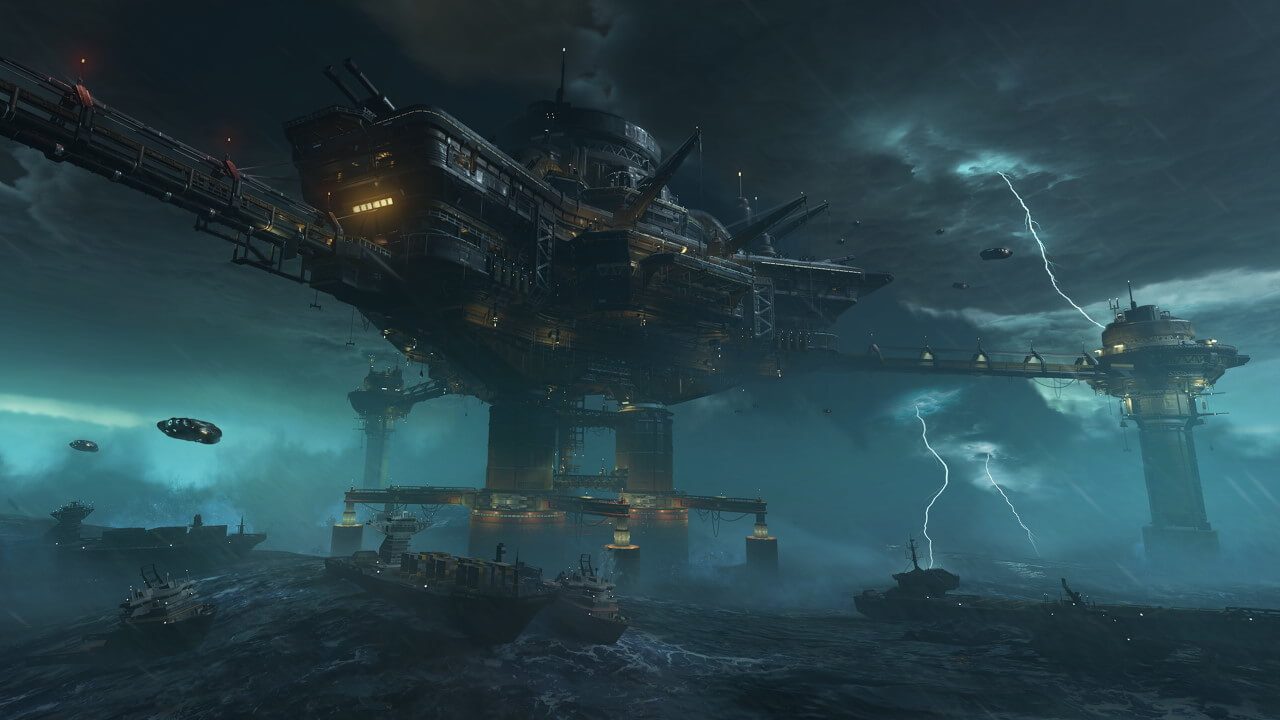 Set shortly after the events of the base game, The Ancient Gods – Part One follows the Slayer as he attempts to put a permanent stop to the demonic invasion. The power vacuum left by the death of the Khan Maykr has left Urdak open and vulnerable, providing a new stronghold for the forces of Hell, and the Slayer has to deal with them before things get too out of hand. The events that transpire in the expansion have a great sense of continuity, and much like the base game, it manages to lead you in one direction, only to pull a 180 on you with the absurd plot direction. I’m not a huge lore junkie when it comes to DOOM and its universe, but what transpires across the expansion’s three-hour runtime is bound to floor anyone that witnesses it, and it’s left me clamouring for what’s to come in Part Two.

If gameplay was the star of the show in DOOM Eternal, The Ancient Gods – Part One’s equivalent would be its fantastic level design. While the vanilla game has some absolute standouts, the three brand new levels available in the expansion are just as good, if not better. The UAC Atlantica Facility is the level you’re thrown into when you boot up a new save file. Without spoiling too much, it’s a huge UAC facility above the ocean, and you’ll slay demons as you cross the rig with a roaring storm in the background and huge crashing waves below you. The level evolves, grows, and changes over time, and the spectacle is equivalent to that of Mars Core from the base game. All three levels offer a few collectibles to hunt down, plenty of combat arenas, Secret Encounters, and even new Slayer Gates on the first and last levels. The end result is a package that includes some of DOOM Eternal’s best designed levels, and each one offers a unique experience. It’s always said that you shouldn’t fix something that’s not broken, and I couldn’t think of a better way to describe DOOM Eternal’s gameplay loop. Combat largely remains the same — it’s still a deadly dance of managing resources and prioritizing particular targets — but a few new enemy types add new layers onto the already fantastic combat. The demonic turrets will fire at you when you’re far enough away from them, and when you aren’t looking, meaning you have to take them out when they least expect it. While they’re completely immobile, it’s an interesting challenge to have to deal with some fodder to bait the turret out for a killing blow. The Blood Angels behave similarly in the sense that they’re only vulnerable when performing specific attacks, but a well-placed headshot will pop them in one blow.

Both the turrets and the Blood Angels are fantastic inclusions to an already stellar formula, and make you think about how to tackle encounters in different ways. The enemy type I’m not completely sold on, however, is the Spirits. These enemies inhabit and empower other demons, making them immune to weak point destruction, freeze grenades, and significantly buffing up their health and damage. After you slay the demon that the Spirit is controlling, you have a brief moment to kill it with the Microwave Beam mod before it moves on and empowers another demon. It’s a fun challenge at first, but it quickly became frustrating to deal with Spirits amongst all the other chaos on screen. 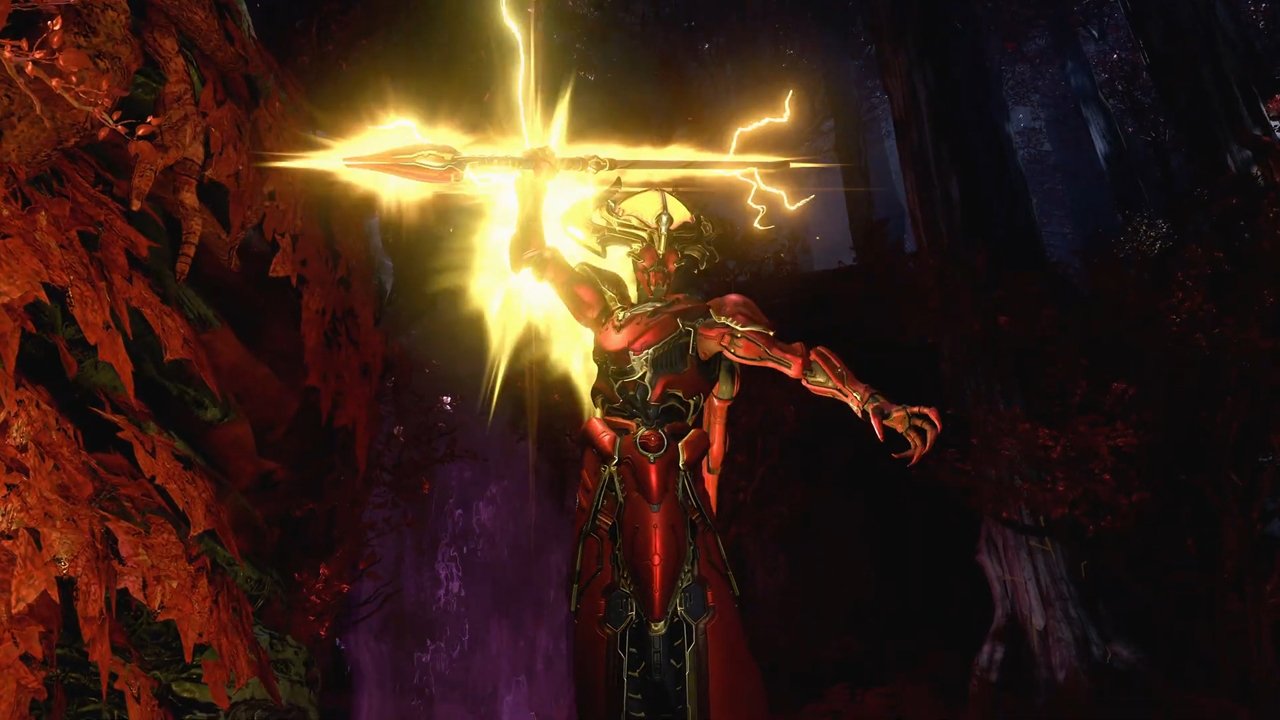 It only took me about three hours to complete all the new levels to 100% completion on Ultra Violence, but that does include a decent amount of retries because The Ancient Gods – Part One is hard – very hard. The arenas scattered through each level are turned up to 11, well surpassing what’s expected of you in the base game, and I loved every second of it. From dealing with two Marauders at once, to two Cyberdemons and an arena full of heavy demons, the combat sections here are some of the most challenging stuff DOOM Eternal has to offer, and they’re bound to test anyone who thinks they’ve mastered the combat system. If you haven’t unlocked everything the vanilla game has to offer, don’t worry, because booting up a new save file for The Ancient Gods – Part One gives you a fully kitted-out Slayer to raise hell with. You can also unlock a new type of rune called Support Runes, of which you can activate one at a time; there are three of these to choose from, each with its own uses that fit particular playstyles.

While there isn’t much to say on the presentation side here as it’s the same engine as before, it’s worth mentioning that The Ancient Gods – Part One looks and runs just as flawlessly as the vanilla game does. The most impressive aspect of it in terms of production values is how well-realized the art direction is for these levels: each one has a distinct sense of place in the world, and even the return visit to Urdak offers up a different feel and vibe through its emptiness and overbearing decrepit atmosphere. It really feels like the events of the original campaign transpired in the world you explore here as well, and that is a wonderful feeling. 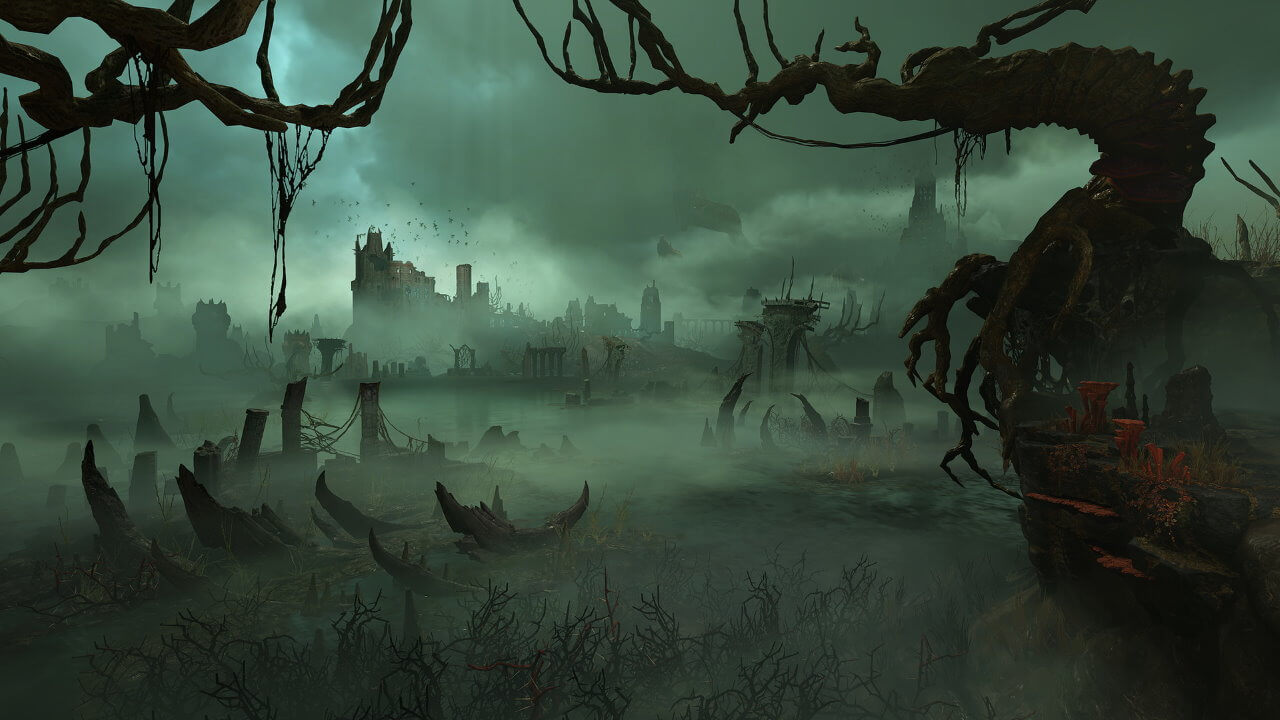 I’ve played a lot of games this year, but DOOM Eternal is still undoubtedly the best I’ve played so far, and The Ancient Gods – Part One is a worthy addition to its slew of already excellent content. The three new levels that the expansion brings are some of the best the title has to offer, and the narrative implications are unexpected and exciting at the same time. It might not do much to change up the gameplay, but it doesn’t need to because the formula was already brilliant to begin with, and it offers up a greater challenge through its insane combat arenas. As both an expansion to an already incredible game, and a standalone experience, DOOM Eternal: The Ancient Gods — Part One is well and truly worth your time and money.

DOOM Eternal – The Ancient Gods – Part One is a fantastic addition to an already stellar experience, providing more challenge, interesting new levels, and an engaging narrative that will leave you clamoring for more. Some may be turned off by the two-part structure, but if you want more DOOM Eternal now, The Ancient Gods – Part One is bound to satisfy.