Rampage was a Kaiju-sized Shrug

The Rock strived for nothing but mediocrity – and it was still one of the best movies ever made from a game.

Welcome to Press X To Adapt! Every two weeks, we dive into a game-turned-movie or movie-turned-game to take a look at how it turned out, the differences between the two, and anything else worth chatting about. If you have a suggestion or we missed something, let us know on the socials or in the comments below!

If you’ve never played a Rampage game before, here’s a primer.

Originally a Midway franchise like Mortal Kombat (it’s all connected!), Rampage is a series where you play monsters, destroy cities and not much else. You play out a kaiju movie for high scores. There are seven entries in the franchise and, having not played any of them and going solely off of footage, they are all essentially the same game.

You crawl across buildings, you grab and eat people heroically leaning out of windows, and you smash up each building however you can until the city is flat. Meanwhile, you fend off the military that’s attacking you to keep yourself alive so you can keep steamrolling cities.

While they don’t look great – I’m convinced the only decent one is the Tetris-y spin-off Rampage: Puzzle Attack – they’re appealing in their simplicity. You pick a kaiju, you wreck some shit, you do it again. You balance between picking off enemies and smashing buildings to stay efficient and earn a high score.

How do you make a film out of Rampage, then? You make a kaiju flick, of course.

Like the games it’s based on, Rampage doesn’t waste time. It gets straight to the action.

We open on a genuinely solid slice of Alien crossed with Gravity, a tense horror-tinged thriller where a scientist carefully floats through the dark corridors of a collapsing space station. The scientist is told by Scientist Villain – I’m not wasting brain space on characters from Rampage – that she can’t escape until she fetches canisters of valuable Science MacGuffin, which we’ll later learn is a substance called “RPG”.

Creeping through the station and rushing to collect the canisters, we learn that there’s something in the station with her: a massive mutant rat, about the size of a horse. It gives chase and she sprints – or whatever you do in zero gravity (swim?) – and finds her way into the escape pod and off the station. The pod doesn’t survive and explodes during re-entry – but the three canisters do, which drop down to Earth.

Hard cut to: The Rock.

This is our first encounter with The Rock as a mostly miscast primatologist – expect to hear that word several times throughout the film – and while his character technically has a name, I’m refusing to learn it on personal grounds. He works as a teacher at a North American wildlife preserve and we learn later that he was also a special ops soldier before this, because of course he was.

The Rock: Rampage Edition sorts out a conflict in the sanctuary’s ape habitat with the albino gorilla George, gets hit on by one of his students immediately afterwards, and his assistant (or friend, or something) tells him that “it’s weird you like animals more than you like people,” beating you over the head with a 2×4 labelled “Theme!”.

So now we’re all caught up on The Rock: Rampage Edition, who’s simply a dull version of Indiana Jones but with animals and muscles instead. He’s also meant to be mildly anti-social but is still played by The Rock, an actor who built his entire career on sheer likability and muscle mass. 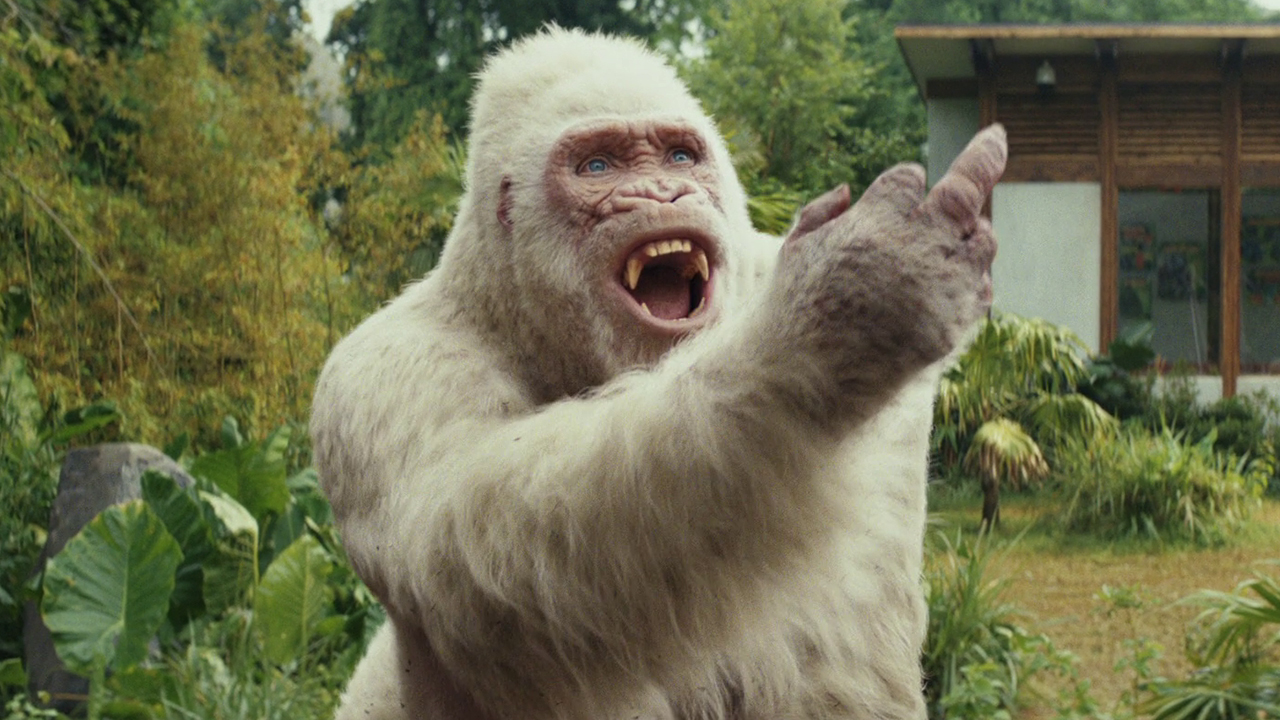 The height of gaming-based comedy.

Meanwhile,  three canisters of RPG land on Earth. One is found by a crocodile in the Everglades, another by wolves in a dense forest, and the third by George in the wildlife preserve. Exposed to the chemical inside, each animal rapidly grows out of control. The Rock and new face Dr. Caldwell (played by Naomie Harris) are arrested and looped into a government effort to find and contain the colossi.

Here is where we meet Cowboy Negan, one of the only good things in Rampage. Played by Jeffrey Dean Morgan in his second gaming crossover, Cowboy Negan is a G-man with a penchant for Western-flavoured monologues. Everyone ranges from fine to less-than-fine in this movie but Morgan, as well as Malin Akerman and Jake Lacy playing the pair of villains, are the only ones given the range to go campy with it – in a movie called Rampage, about giant animals going WorldStar on buildings. How is that even possible? How is everyone not allowed to ham it up as hard as possible? Hollywood’s gonna Hollywood, so we’re left with this.

The military tracks the monsters down just to discover that they’re racing towards the same location: Chicago. Army Boss’s many explosions fail to even slow the monsters down and The Rock and Dr. Caldwell escape the army base to hunt down a solution to this whole giant unstoppable kaiju situation. Just as The Rock predicted (because he’s a primatologist, which is important) George and the giant wolf Ralph make landfall before the city can be evacuated. The three monsters ­­– including Lizzie, a massive mutant crocodile who appears closer to the end – wreck some municipalities and we head into the final stretch of wrestling-but-giant-animals. 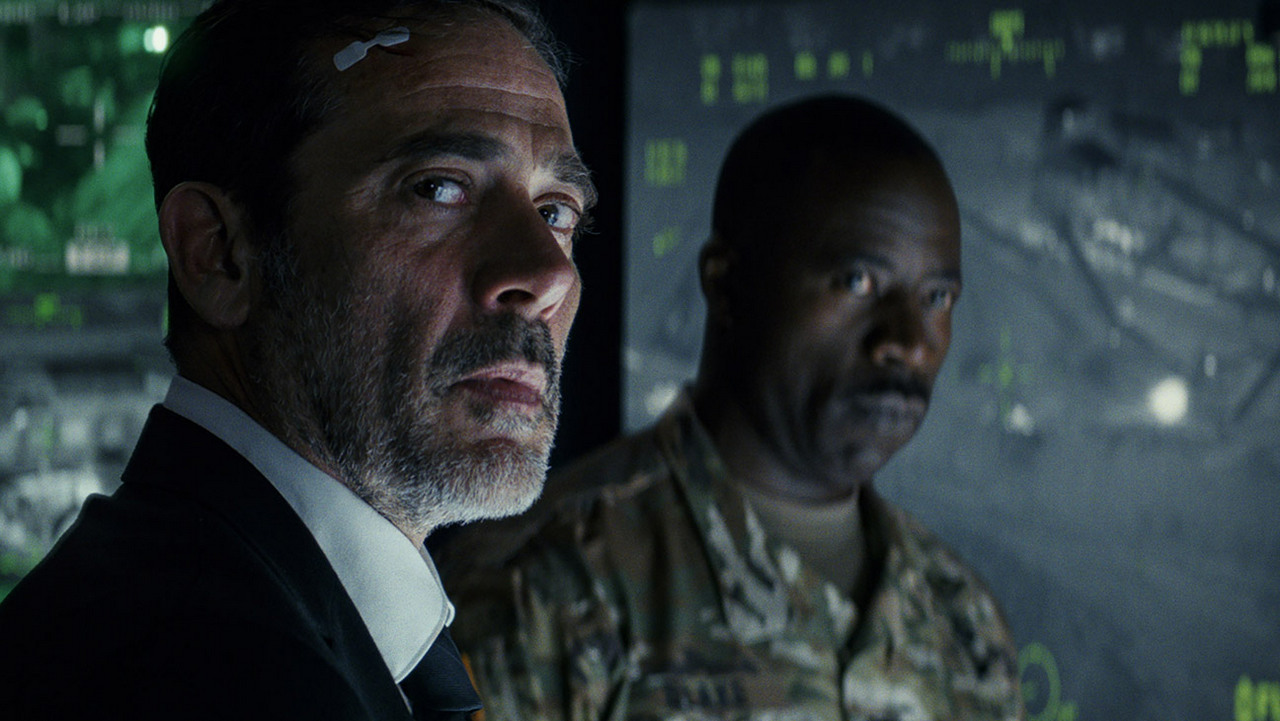 As a whole, I’d rank Rampage as a faithful take on the series, although there are a couple of major differences.

The monsters are the most obvious. Here, they aren’t humans mutated into animal-themed kaiju (which is why they have such mundane names) but are instead supersized animals, then tweaked a little further to be vastly different in size from each other. George, now an albino gorilla compared to the brown-furred caricature from the games, is by far the smallest and is slightly bigger than a mammoth; the wolf Ralph is about twice the size of George with hedgehog spines he can shoot out like spears; while Lizzie – easily the best design, a crocodile with boar-like tusks and lizard frills – is about three times the size of Ralph. It’s a broad change that was probably for the sake of a more relatable and less campy movie, so it’s easy to understand, but it stems from the other kaiju-sized change in Rampage: tone.

As far as I can tell, the original games have an almost Troma quality to them. Like The Toxic Avenger and Class of Nuke ‘Em High, they’re dumb and crass and they revel in it. The monsters are endearingly ugly and have the least iconic names possible. The Umbrella-like company that turns people into monsters is called Scumlabs (it’s renamed Energyne in the film). The games are shameless send-ups of old monster movies, with their claymation-like pre-rendered sprites (like the original Donkey Kong Country and Killer Instinct games); and of campy low-budget genre satires and their shovel-to-the-face blunt messaging.

The film version of Rampage is almost the polar opposite of this. It’s not entirely serious but it’s rarely campy; the monsters are jumbo animals instead of dudes wearing melted-in-the-microwave mascot costumes; the kaiju action doesn’t really kick in until they hit Chicago; and it actually expects you to care about the characters and their motivations. At least its “commentary” on illegal animal poaching suits its B-movie roots just fine, dropped so suddenly and briefly into the middle of the flick that it might as well not even be there.

Despite this, to me, Rampage is actually proof that Hollywood has a better chance of making something decent from a game if it’s largely unchained from the property. This doesn’t mean that game adaptations should just change for the sake of change (Irish Bison still cracks me up as a bizarre mistake); it’s that a video game is usually – but not always – at its most compelling and intriguing as a basic back-of-the-box premise. They’re less successful with the stories themselves because these stories are built in service of the gameplay. If you’re focusing on having strong gameplay, the story inevitably comes second.

In this case, I’m not sure there was much else Rampage could adapt, even if they wanted to. They are entirely premise. There’s Scumlabs (changed), the monsters (changed), and nothing else. Just monsters crushing cities – the film just adds an actual story to it. 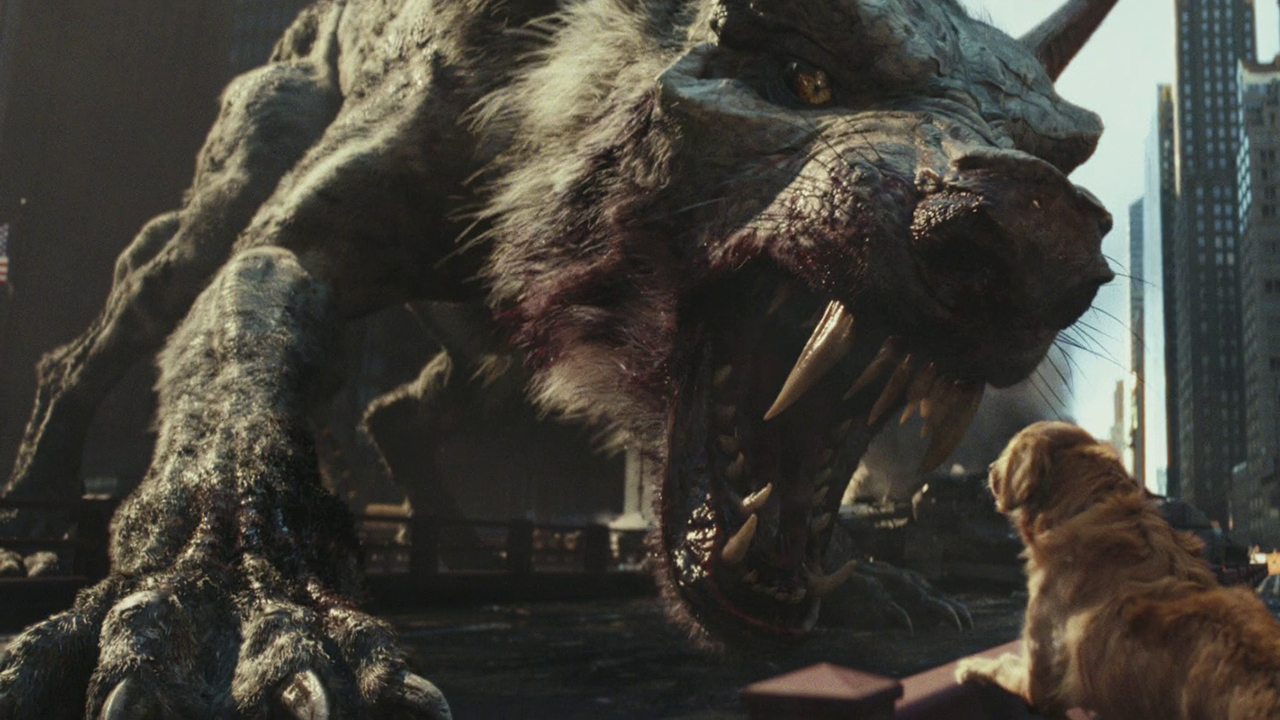 In this way, it makes perfect sense that Rampage is one of the best Hollywood adaptations of a video game (even if it’s still not very good). Sure, the writing is terrible and so incredibly empty that it’s exhausting and The Rock is only semi-enjoyable in it – but it’s an efficient hour-and-forty-minutes of braindead spectacle.

A mediocre action vehicle for The Rock is more than appropriate for a dead exploitation franchise like Rampage. It takes the base ingredients of the games – big monsters destroy cities, end of list – and makes a perfectly serviceable film out of it. That’s more than I can say for almost everything else we’ll be covering here.

[…] and, through his handler Diana, takes on assassination contracts for the just-as-mysterious Agency. Like Rampage, the Hitman series isn’t especially burdened with backstory or a convoluted origin story (though […]