First published on iOS last year and only now making its way to Nintendo Switch, PC, PlayStation 4 and Xbox One, Projection: First Light comes to us from Australian developers Shadowplay Studios and Sweaty Chair Studio, with another Australian company in Blowfish Studios serving as its publisher. It’s a two-dimensional puzzle-platformer with a unique art style inspired by shadow puppetry from regions all around the world whose originality gives Cuphead a solid artistic competitor (without the pain-staking labour), and whose exquisite audio design enhances its shadow puppet world and brings its levels to life in the absence of dialogue. 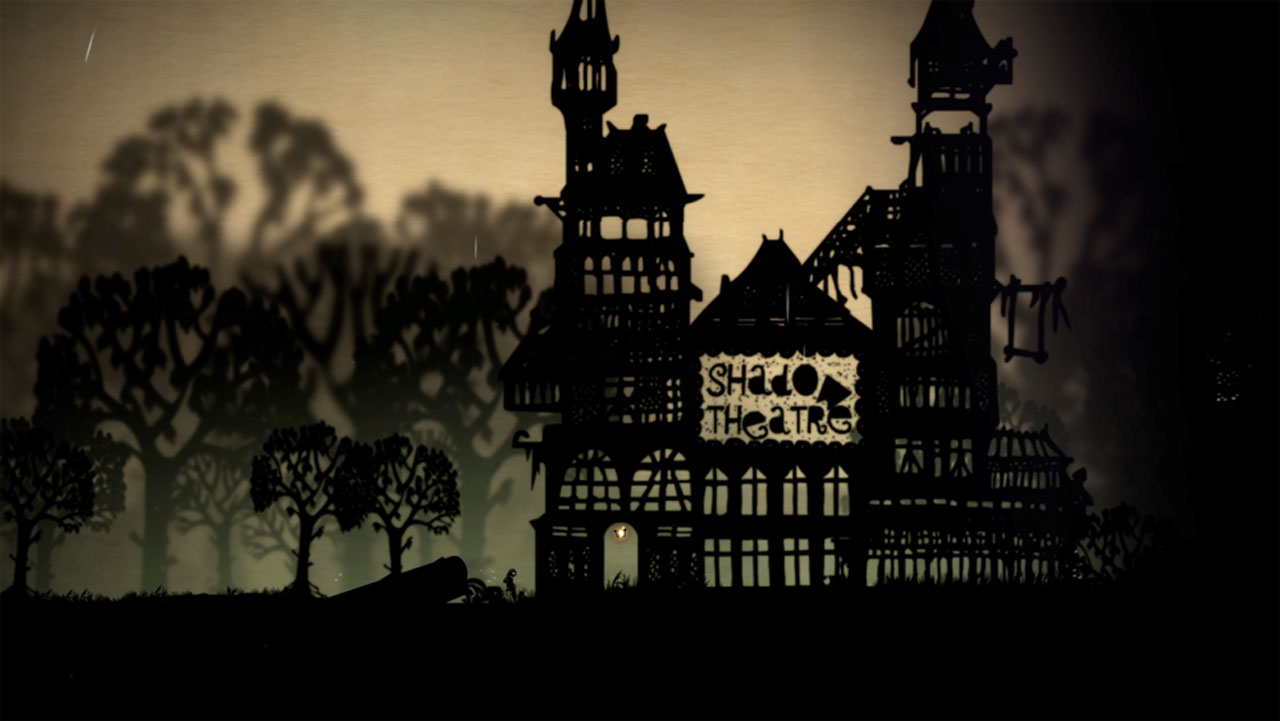 Projection: First Light follows its heroine Greta, a little girl fond of chasing butterflies and righting wrongs, as she navigates stunning locales in Indonesia, China, Turkey, Greece and 19th Century England. Each of these regions have their own unique style of shadow puppetry, and that’s well reflected in the game’s design; cultural appreciation is a strong theme from the get-go, evoked from the very beginning of the game when Greta has to overcome the language barrier in Indonesia to engage with some new allies.

The gameplay evolves from standard side-scrolling to light-based puzzle solving soon after the game begins. After stumbling through a shadow puppet theatre, you unlock the ability to control a wisp of light. To solve puzzles, players move Greta with the left thumbstick and the wisp with the right. Placing the wisp by objects creates dynamic shadows that react to the wisp’s position and the angle of the light source; these shadows are solid and serve as the primary tool for solving puzzles and moving around the environment.

Given that it’s Projection: First Light’s core mechanic, this shadow manipulation is also its weakest feature. Placing the wisp to get the ideal shadow for the situation is extremely finicky, with even the slightest deviation from the desired bearing sending Greta, or items around her, from their position and usually sends you back to the start of the puzzle. Additionally, the shadows can jam Greta in place if you move them too quickly, and occasionally even move straight through the object you’re trying to use them to move — the worst example of this was when placing a series of boulders on switches became a nightmarish exercise in patience as the shadows kept on clipping through the boulders. 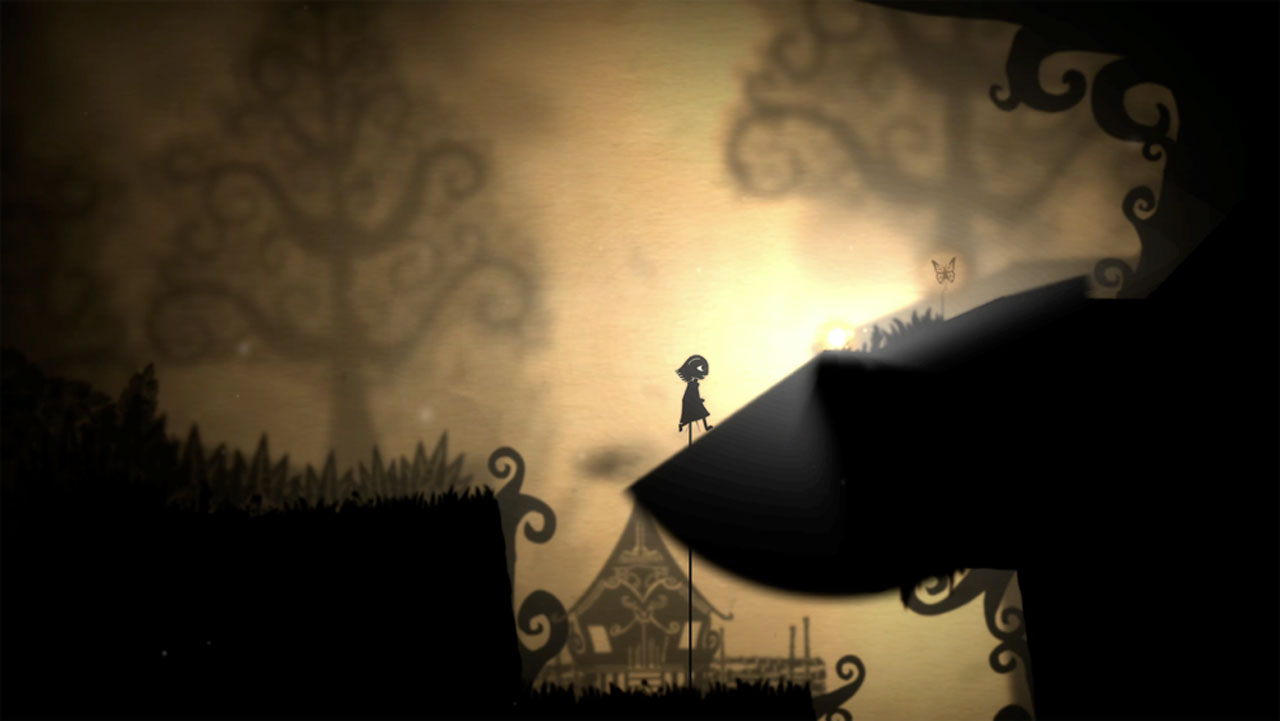 The level design is stunning, as noted, but it’s also long and repetitive. The most frequent challenge Greta will face is coming across a step that’s slightly higher than she can jump. Navigating this involves positioning the wisp to create a sort of “shadow ramp”, which is neat to begin with, but becomes painfully annoying when you have to repeat it every couple of steps. Compounding that frustration is the fact that Projection: First Light is rife with sprawling environments with no sign of where you’re meant to be going, serving only to pad the game’s length even further. Far too often, I found myself stumbling across the collectible hidden butterflies after being certain I was on track for the mission end.

Projection: First Light is at its strongest when it has Greta engage with non-playable characters and puts short, punchy challenges in between. It’s even got bosses to contend with, which take as much advantage of the light-based mechanics as possible. Unfortunately, Projection: First Light soon becomes desperate for variety and a way to upgrade the wisp, but instead keeps demanding shadow ramps.

It’s unfortunate that I’m not able to share whether Projection: First Light pulls it together for the finale, as I became stuck around a quarter of the way through the game’s chapters: playing on the Nintendo Switch, the game froze and crashed shortly after I arrived at the first Chinese-inspired setting. I tried reloading, selecting the level from the level selection screen, and even starting a new game, but the bug kept on repeating itself at the exact same point. Although I was upset, I was also somewhat relieved that I couldn’t fully complete the game based on what I’d seen up to that point. 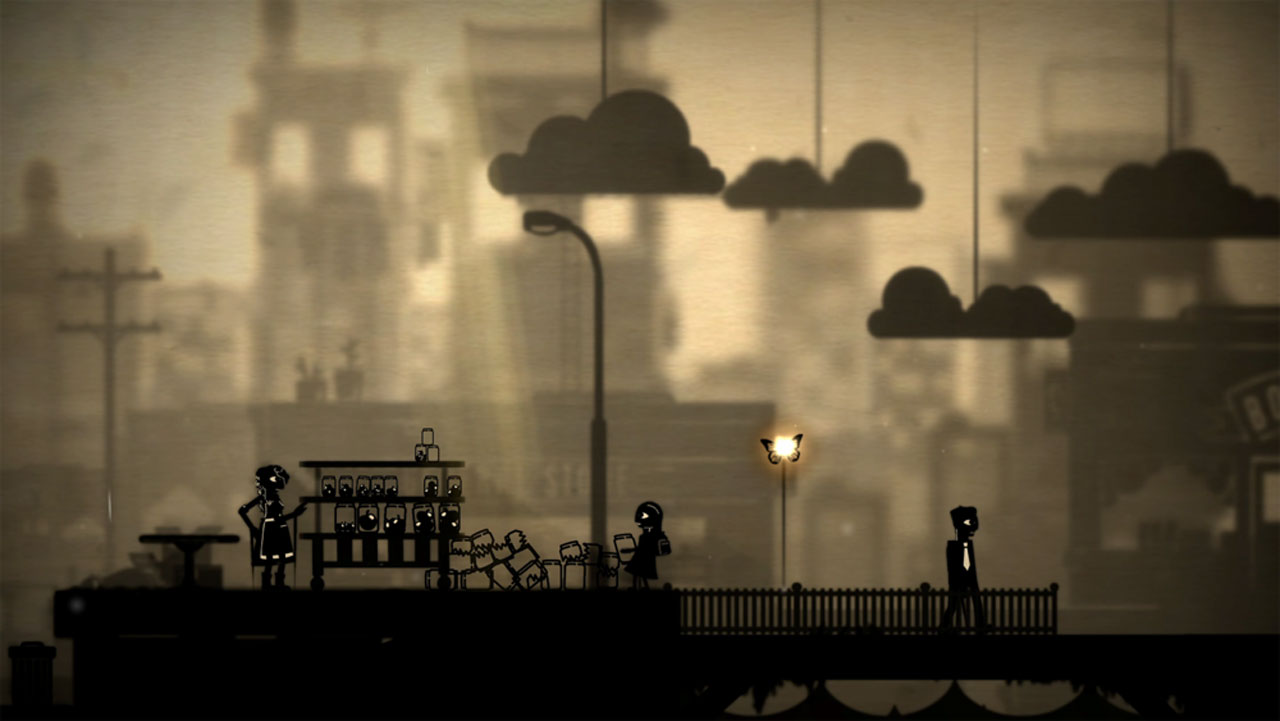 Projection: First Light is a solid concept, and it’s got a beautiful, unique art style to it, but that’s not enough to cover up its tedious level designs and chaotic shadow manipulation mechanics. On top of that, the game currently doesn’t work on Nintendo Switch; this may not be the case on other platforms (it’s definitely not on iOS) and that may well be a good thing — if I had to make a suggestion, I would recommend playing Projection: First Light on PC, or even an iOS device with mouse input, so that you’ll have an easier time guiding the wisp around.

Projection: First Light is a beautifully designed Australian gem that still needs a lot of refining before it can be a viable option in the puzzle-platforming arena.