Street Fighter: The Legend of How Hollywood Went Back to Finish Shadaloo for Good

Welcome to Press X To Adapt! Every two weeks, we dive into a game-turned-movie or movie-turned-game to take a look at how it turned out, the differences between the two, and anything else worth chatting about. If you have a suggestion or we missed something, let us know on the socials or in the comments below!

Fifteen years after the 1994 Street Fighter movie, Hollywood took a second stab at Capcom’s beloved – and insanely lucrative – franchise. How would it respond to the first film’s numerous missteps?

By making something even worse, of course.

Set before the original World Warrior tournament, Street Fighter: The Legend of Chun-Li attempts to reboot the Street Fighter story, focussed around everyone’s favourite Spinning-Bird-Kickin’ cop. Not a bad idea, in theory: Chun-Li has always been a more interesting character than, say. Ryu or Ken (neither of whom appear in this movie, save one brief mention of the former at the end), and her status as an arse-kicking international detective means lots of potential appeal to women as well as the normal male teen audience. 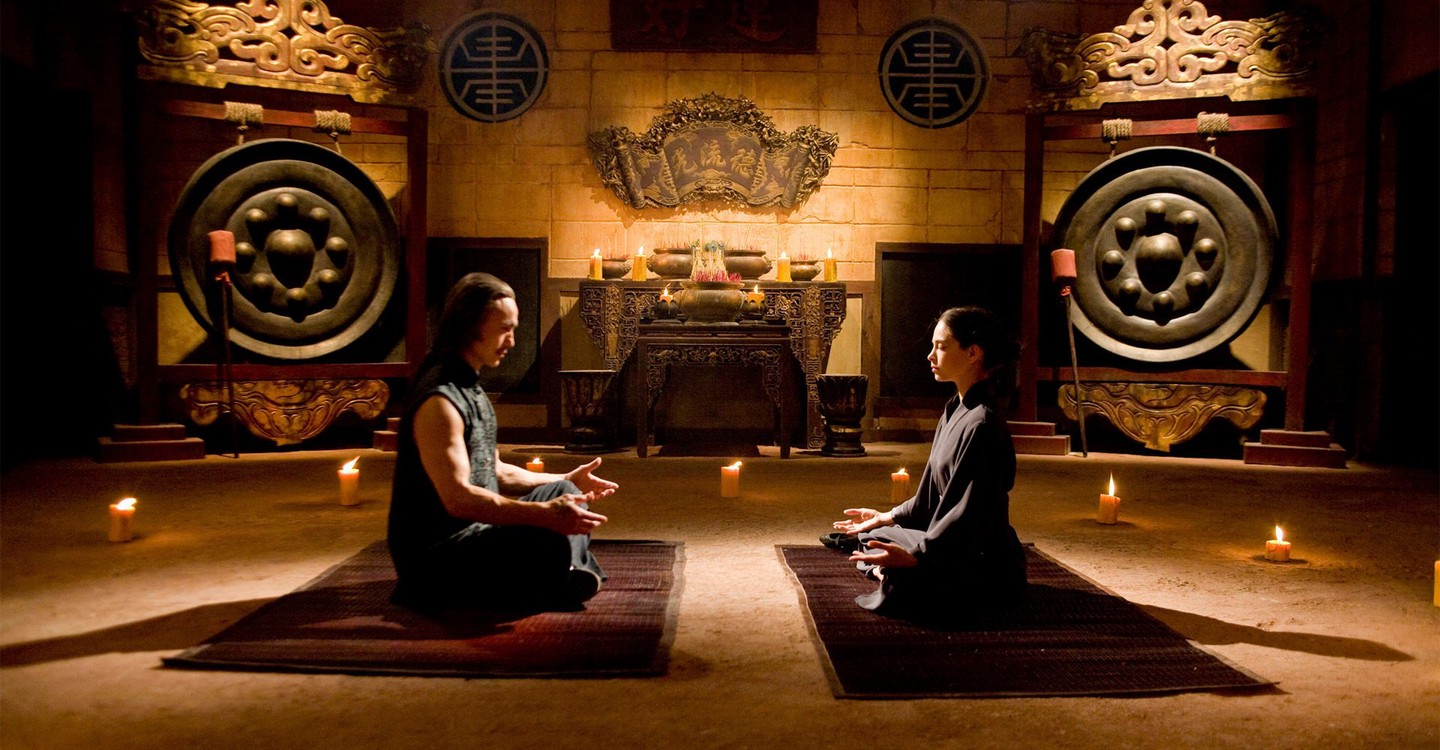 Yet again, though, Hollywood has to Hollywood. Here, Chun-Li (Kristin Kreuk) is not a cop, but a pampered concert pianist on a quest to avenge her father, a well-connected businessman kidnapped by crime lord Bison (Neal McDonough).

On her journey, she is trained by mysterious martial arts master Liu Ka – sorry, Gen (Robin Shou) – in the hidden art of the world’s slowest fireball, and joins forces with Charlie Nash (Chris Klein). Nash, having also fallen into the screenwriters’ Occupation Blender, is not in the military like in the games, but is instead a softboiled Interpol agent, i.e. the same job Chun-Li originally had.

We all have headaches now? Good, now let’s talk about Bison some more and really get some blood vessels a-poppin’. 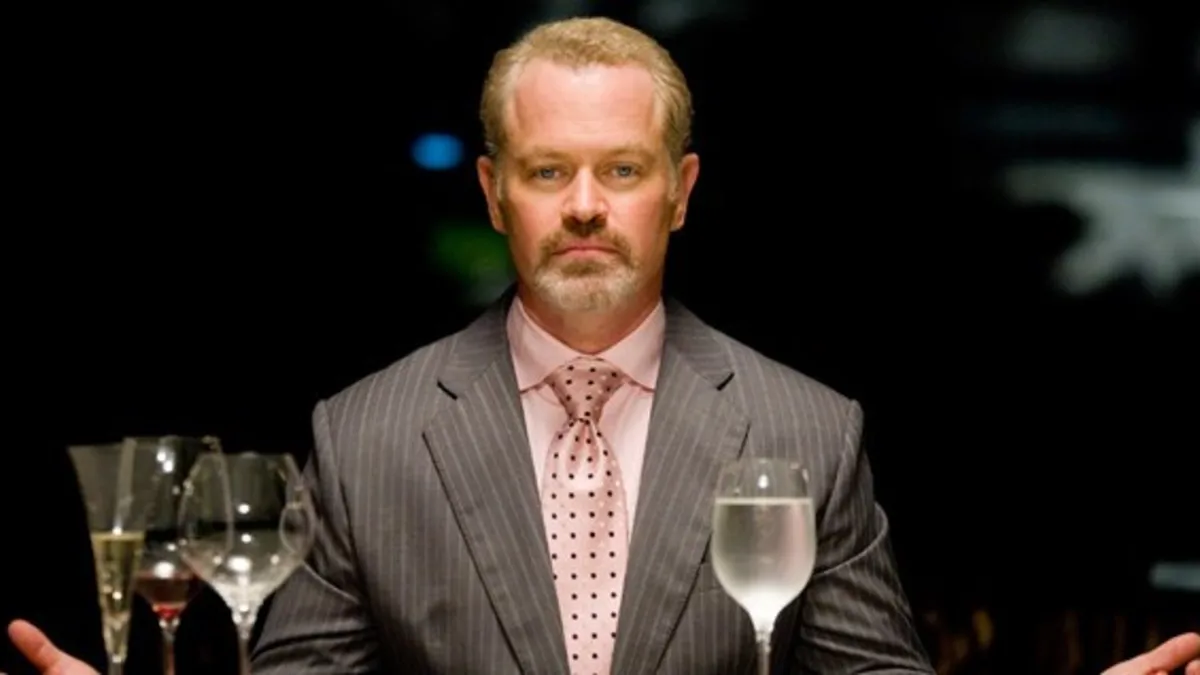 “Yeh’ll be wantin’ some o’ them Bison Quids, yeh bollix”

Bison’s evil plot is to use Chun-Li’s father’s connections to wrangle favours from governments and corporations, in order to take control of a Bangkok slum, start a bunch of crime to lower the property values, then blackmail the government to sell him the land on the cheap so he can build… luxury homes. Then sell them.

Seriously, that’s it. He does kill the odd guy, including Chun-Li’s dad, but even those murders are in the service of cutting a sweet real estate deal. No secret bases, no world domination, and the only conceivable psycho power involved belongs to whatever numbnuts greenlit this script.

Oh, and Bison is Irish. Someone looked at this famously glowing-with-psycho-energy, Thai military dictator, and apparently saw Father Ted managing an LJ bloody Hooker. McDonough does his best with the role (the man can certainly leer with the best of ‘em) but to little avail. They try to re-inject a bit more of a supernatural influence into his backstory, with him murdering his wife to transfer his conscience into his unborn daughter.

Let me just repeat that, to give everyone a chance to take it all in. Kills his wife. Rips his daughter out her belly. Stares at daughter to magically transfer his conscience into her body. I mean… Jesus.

This is apparently so he can be more ruthless, though clearly not ruthless enough to prevent him from smuggling his daughter back to him. I guess if this movie has any kind of moral, it’s that maybe even real estate agents have hearts, too (hey Hyde Park Entertainment, is it too late for that DVD pull quote?).

It’s probably testament to McDonough’s ability that even with all of the above working against him, he still gives one of the best performances in the film. Also fun is the late Michael Clarke Duncan as a homicidally jolly Balrog – the one case of flawless casting in this whole sorry production.

Unfortunately, the rest of the cast fares less well. Canadian actor Kristin Kreuk tries hard, but lacks the screen presence to carry the film. A big deal was made of her part-Chinese heritage, but as far as the camera’s concerned, apart from a hint of epicanthic fold to the eyes very little of that DNA translates to the screen, even with makeup designed to make her look more Asian (yes, really).

She can almost get away with it in scenes with the non-Asian cast, but the sight of her walking around Bangkok, pale as can be and towering a good foot or more over the natives, is just plain goofy. Even more so when the child version of Chun-Li, who appears in the prologue, is about a million times more Asian than her adult self. 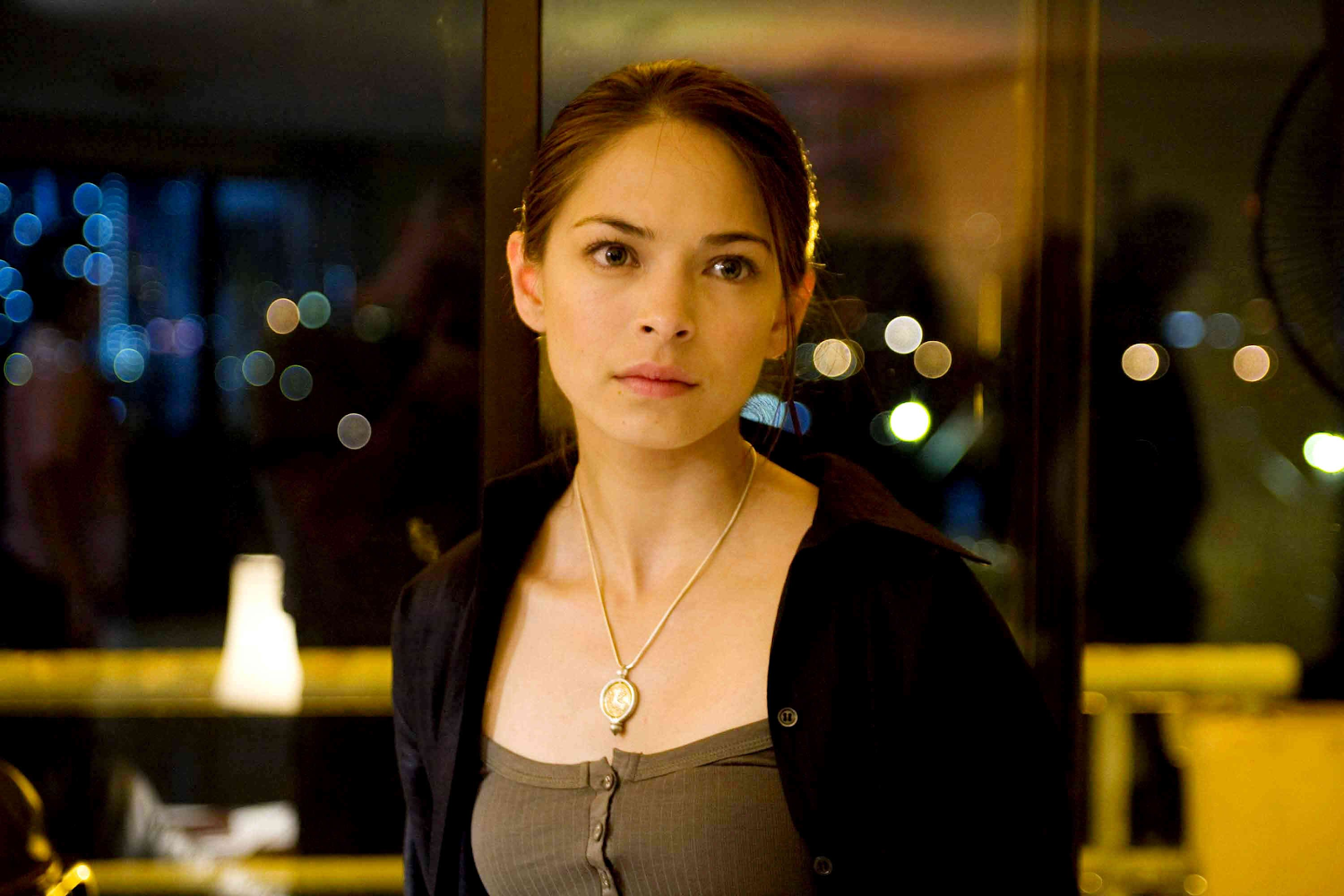 Kreuk probably didn’t get much help from the fact that she spends a big chunk of the movie paired with Robin Shou, whose meagre acting skills provide little to bounce off. His vibe of earnest blandness kind of worked for Liu Kang in Mortal Kombat, but as a sensei he makes Master Roshi look like R. Lee Ermey. He’s also way too young to play Gen, something they’ve tried to ameliorate by giving him a moustache. Problem is, the ‘tache is so wispy and downy, it makes him look like he has the facial follicles of a sixteen-year-old which only makes the problem worse.

Finally, we get to Chris Klein, whose nonchalant yet somehow simultaneously twitchy Nash comes across like the weird, socially awkward lovechild of Clint Eastwood and Jason Lee. I still can’t work out whether it’s awful, or idiosyncratic genius. Decide for yourself:

Street Fighter: The Legend of Chun-Li’s failings make more sense when you consider the director: Andrej Bartkowiak, who also helmed 2005’s Doom and who now makes a soggy turd sandwich out of another videogame property in pretty much the same ways. Legend of Chun Li shares the previous film’s cliche-ridden and torturously paced plotting, at no point even coming close to capturing the feel of the source material. So if nothing else, I guess Bartkowiak was consistent. He thankfully took a long hiatus from directing after this movie, but has recently returned to annoy audiences with Maximum Impact (2017) and the currently in production Altar Rock, starring Scott Adkins.

Legend of Chun-Li is a plodding, charmless, wet fart of a film, about on par with the kind of lame direct-to-DVD fare you can find in your average $2 shop. Actually, in Australia it is a direct-to-DVD movie since it never got a theatrical release here (so I guess we got the most authentic Legend of Chun-Li experience).

As a Street Fighter adaptation, if you were to change the characters’ names to generic alternatives and cut out the brief Vega appearance, you could show this thing to people and they’d have no idea it had anything to do with video games, let alone Capcom’s franchise. For all the Van Damme film’s faults, it at least attempted to capture the look and feel of the games past a thin veneer that has nothing to do with anything else that’s going on. It’s actually kind of sad that this got passed off as a Street Fighter movie at all. 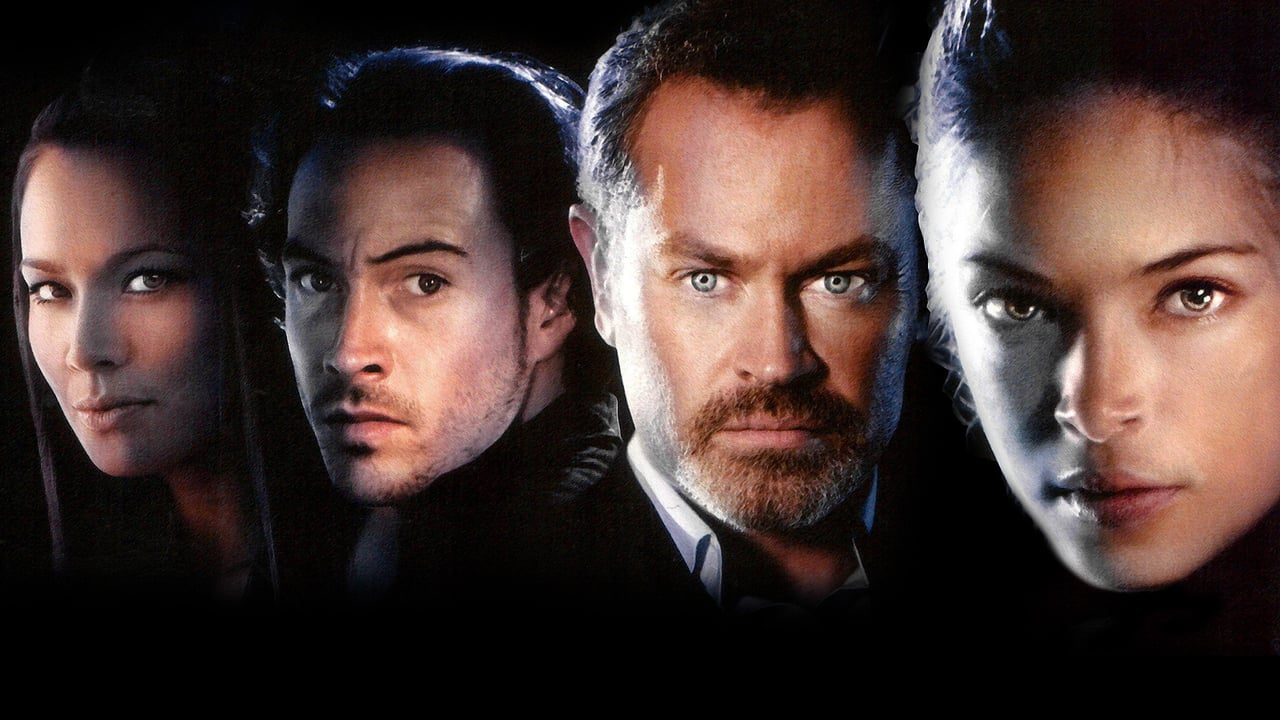 You must defeat bad Photoshop to stand a cha- Oh, never mind…

Street Fighter: The Legend of Chun Li stands not only as an example of when Hollywood failed to learn from its mistakes, but as one of the worst film adaptations ever made. It does to Street Fighter, what those crappy knock-off smartphones you can get off eBay with “APPEL” written on them do to the iPhone.

At least it made one guy happy: 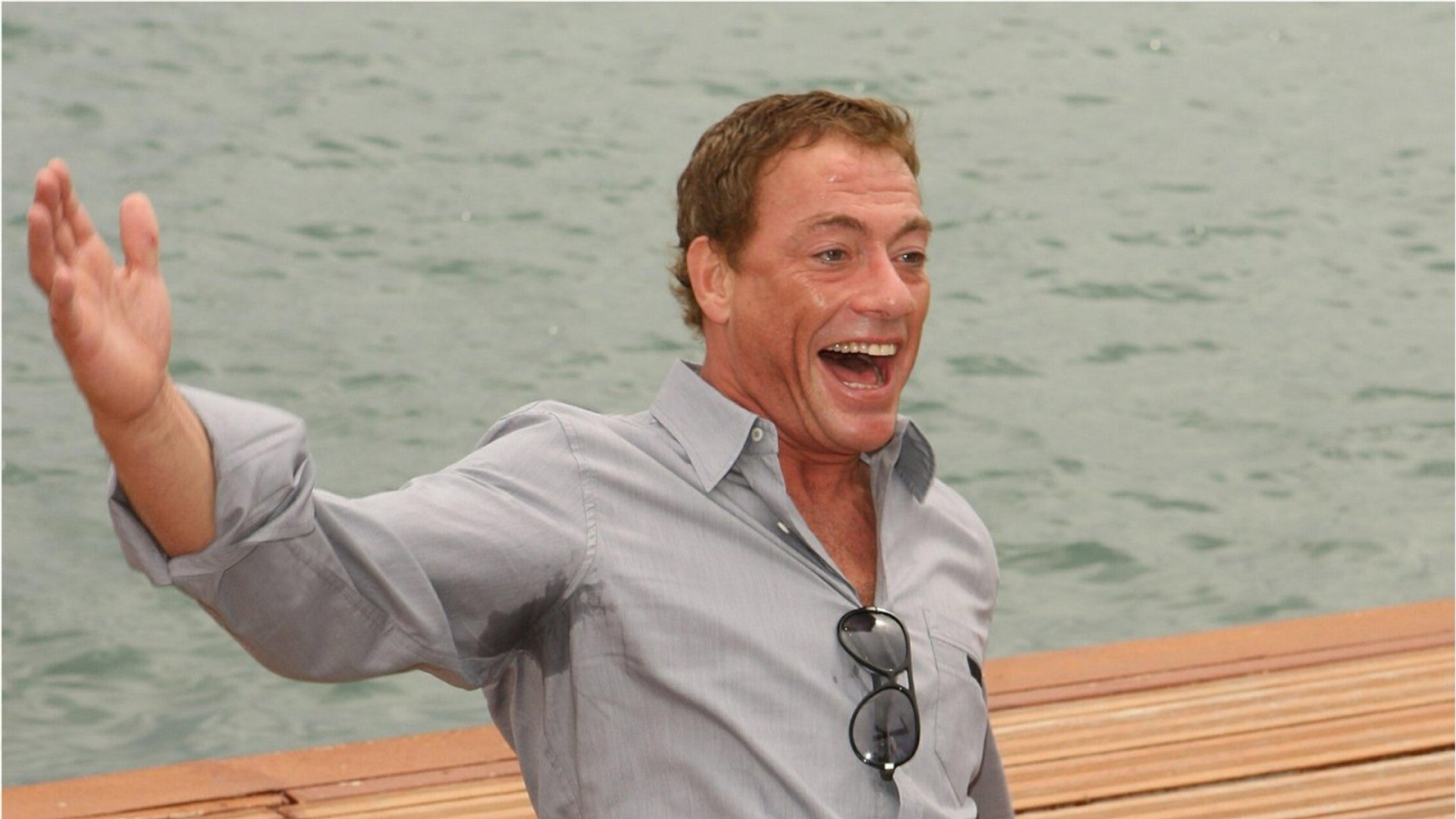 […] continued his dissection of Street Fighter movies with a look at the “plodding, charmless, wet fart of a film” that was 2009’s Street Fighter: The Legend of […]