Love it or hate it, Mortal Kombat (2021)’s cast and crew knew exactly what they were signing up for when they shot the film: a ridiculous excuse to deliver cheesy one-liners and jump around while wearing silly (but cool) costumes. In a tag team battle for the ages, John and Abir join forces to discuss Mortal Kombat’s return to the silver screen in this very special Press X to Adapt.

John: I was a little surprised that they just did the same plot as the original movie again, where Earthrealm and Outworld compete in an ongoing tournament called Mortal Kombat for the right to conquer each other. Just like last time, Outworld has won nine of the ten Mortal Kombats it needs to take over Earthrealm but Shang Tsung is trying to shenanigan his way to a tenth victory instead.

There’s some other tweaks to the formula as well, like tournament fighters having dragon-shaped markings that are also required to unlock their brightly-coloured superpowers (or in Jax’s case, bigger robot arms). Otherwise, it definitely feels like the original movie through the lens of the series’ Netherrealm era: a bit more serious, a bit more interested in the larger Mortal Kombat universe, with a more diverse cast.

Abir: Okay, John, I’ll admit that Mortal Kombat’s story isn’t incredibly deep, but it was a lot of fun. The writers clearly wanted to earnestly represent the source material as best as they could, and the production team did an admirable job considering the fact that the film was made on a relatively small budget (hence the predominantly Aussie cast and shooting locations) and was made during the COVID-19 pandemic.

John: The only problem I have with it is that it’s less of an actual tournament this time. A big part of the original movie’s charm, at least in my eyes, is that Liu Kang, Johnny Cage and Sonya suddenly find themselves on an exotic island part of this supernatural martial arts tournament. They basically skip the tournament part in the reboot to fill it up with a big training montage in the middle, seemingly so they could dodge having any memorable settings. I think the final Sub-Zero fight was set in a frozen high school or something? Definitely disappointing in this area, especially when it’s a martial arts flick at its core.

Abir: There were plenty of times where I thought “oh my god, they did the thing!”, and I loved that about the film. It was so exhilarating to watch some of the most memorable characters from my childhood banter with each other and duke it out in some cool action sequences. That being said, I did feel more confused than enthused when the writers shoehorned in classic catchphrases in English when the characters shouldn’t canonically have known the language at the time — but hey, maybe learning English is the only hobby available to vengeful demonic ronin spirits in the Netherrealm. 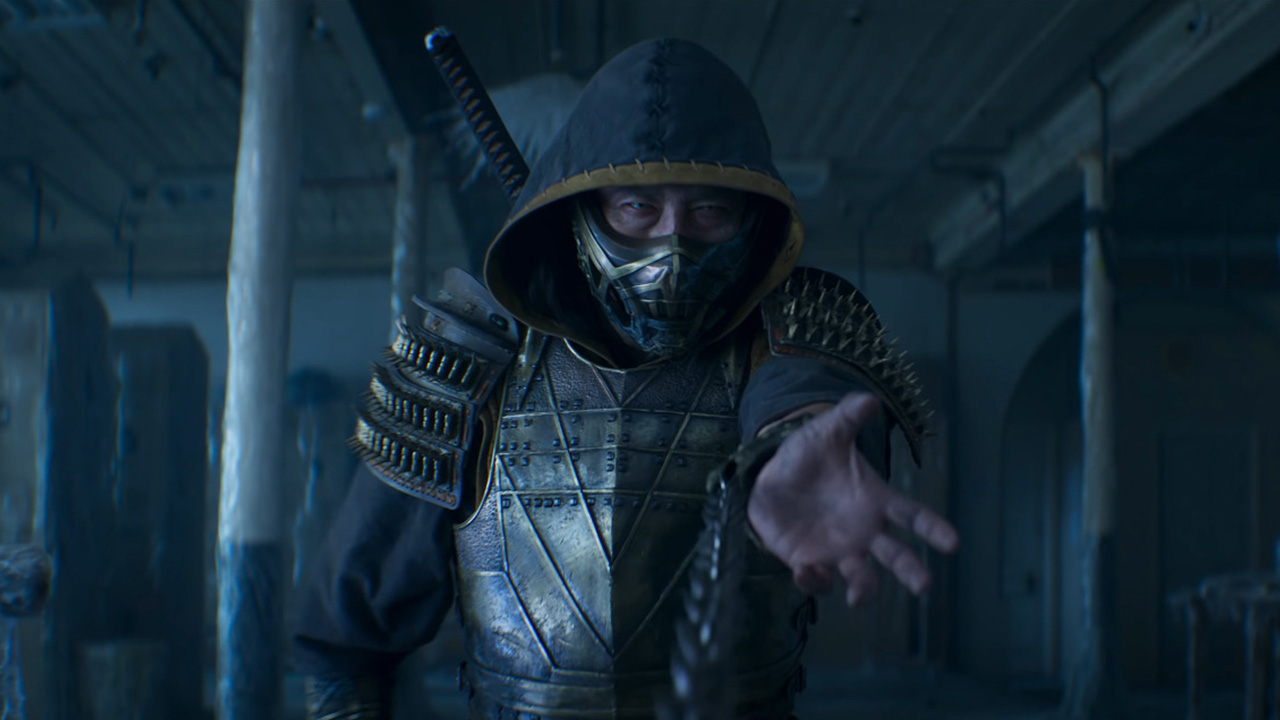 Abir: Kano was my favourite character by far. Maybe it’s because I’m an Aussie or I love a good asshole character, but I really loved Josh Lawson’s portrayal of the games’ original criminal combatant. In fact, given our country’s penchant for affectionally adding “o” to everyone’s name, Kano makes more sense for an Australian character than that of a Japanese-American orphan-turned-criminal.

John: Totally on the same page with Kano. The movie is pretty well cast overall but Lawson really overshadows everyone else. As someone who also has a love for loud, Aussie-as-fuck characters, Lawson dials up Kano’s ego, accent and profound obnoxiousness to the point that he sort of takes over the movie whenever he’s onscreen.

On the more serious end of the spectrum, though, I thought Joe Taslim really killed it as Sub-Zero, too. I’ve liked Taslim in stuff like The Raid and Warrior for a while now so maybe I’m a bit biased, but he did a fantastic job of embodying how scary and intimidating a character like Sub-Zero is. 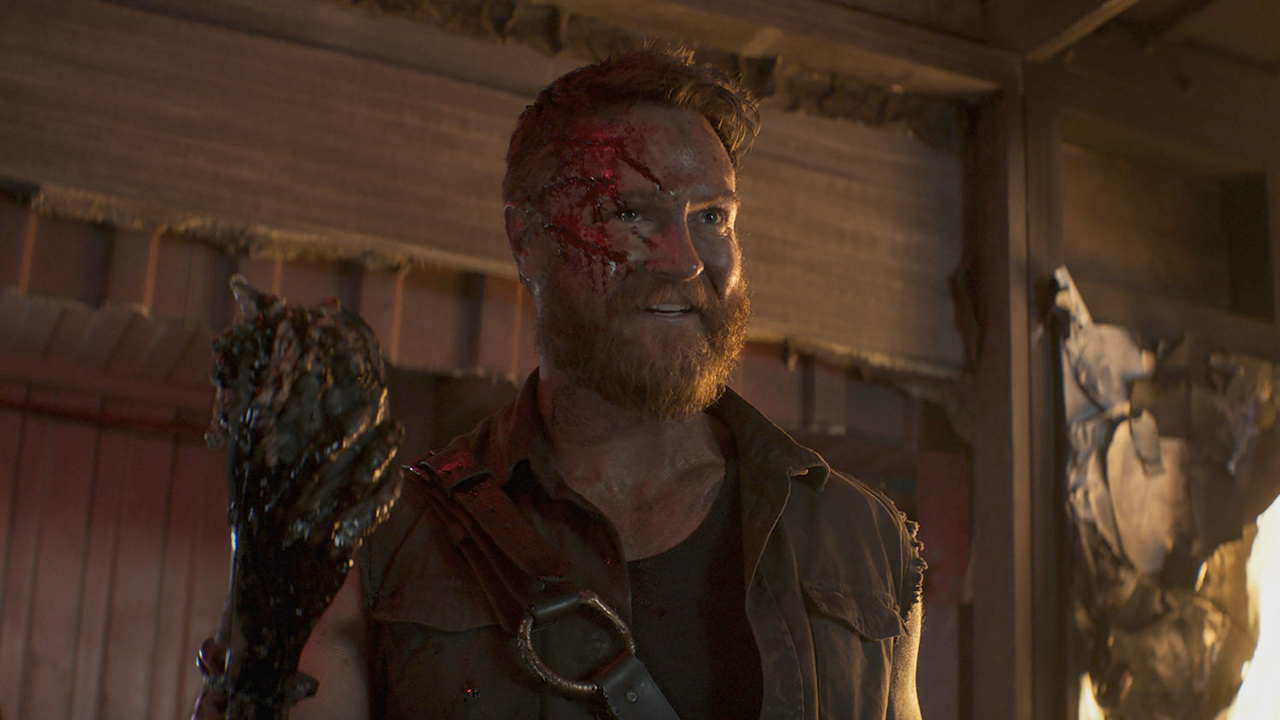 Abir: I 100% agree, the second character that really stood out to me as well was Joe Taslim’s take on Sub Zero (Bi Han), and I’m so happy that he’s signed on for future Mortal Kombat films. Whenever he was on screen, he embodied a version of the Lin Kuei warrior (not Ninja, interestingly enough) that had a chilling effect on everyone in the theatre.

John: One “character” I was really surprised by, though, was Reptile — they did Annihilation’s “Reptile as an actual lizard” thing again? Why?! Like, of everything to carry over from Annihilation, in a movie that is as feverishly faithful to the series as this one is, it’s a strange decision. But who knows, maybe they’re saving a proper human-shaped Reptile for next time?

Abir: An actual reptile Reptile didn’t bother me so much because I’m sure that Mortal Kombat’s creators — Ed Boon and John Tobias — would’ve liked to have depicted Reptile as an animal in the original trilogy if they could. Let’s be honest, ripping an actual reptile’s heart out looked pretty cool. 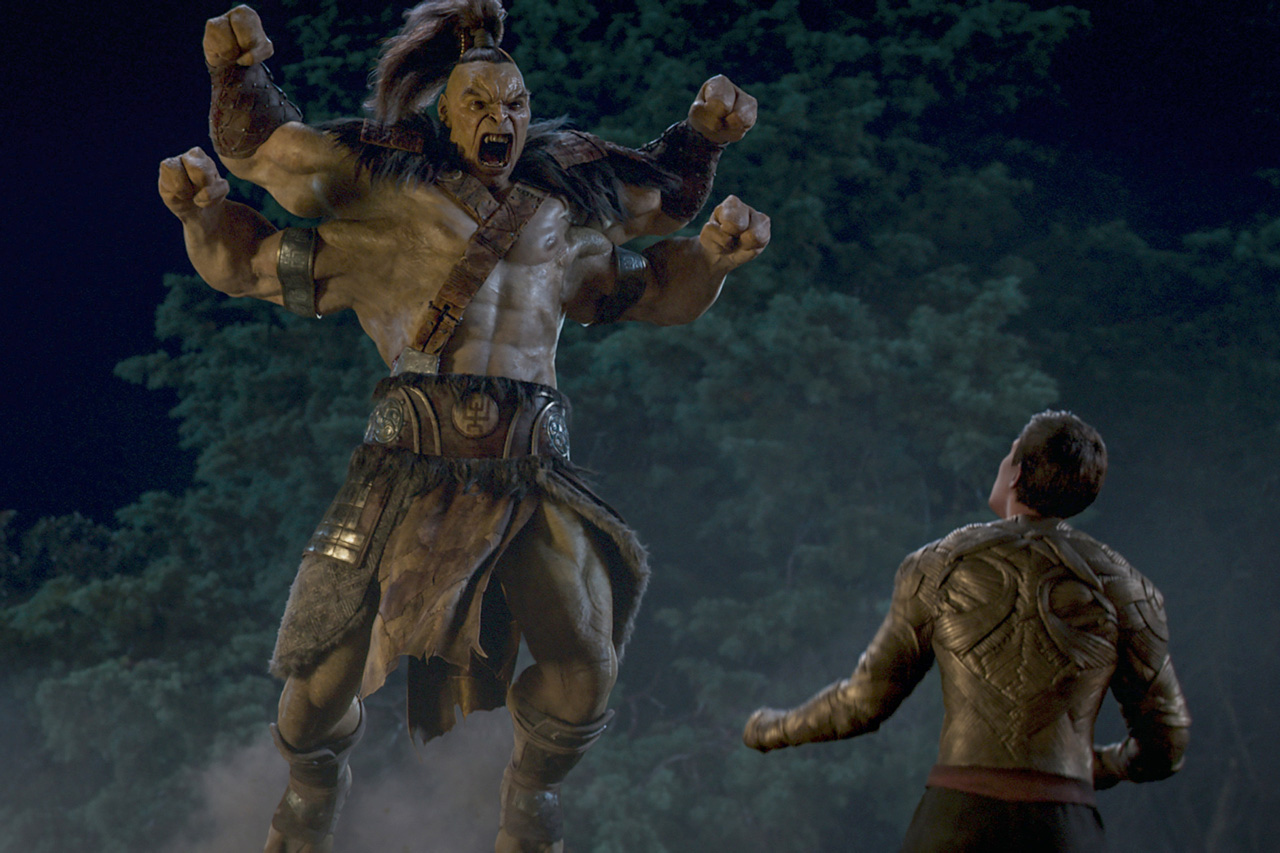 John: I’m mixed on Mortal Kombat’s fight scenes. They’re generally well done and higher quality than most action you see out of Hollywood, and watching heads and throats explode like science fair volcanoes is always fun, but they’re hurt by all the camera cuts. Rather than letting a move or stunt look impressive on its own, the editing gets in the way.

A few matches stood out, though. Jax versus Sub-Zero was solid, and the frenzied battle against Reptile was very fun (as much as I want a ninjafied Reptile instead). So was the opening scene between Scorpion and Sub-Zero in historical Japan, but it was so cartoonishly bloody that I ended up laughing. Otherwise, I felt that Scorpion and Cole against Sub-Zero was probably the best. The choreography was varied and exciting, made use of their powers while still relying on hand-to-hand combat, and the typical flurry of camera cuts were kept to a minimum. Good stuff. 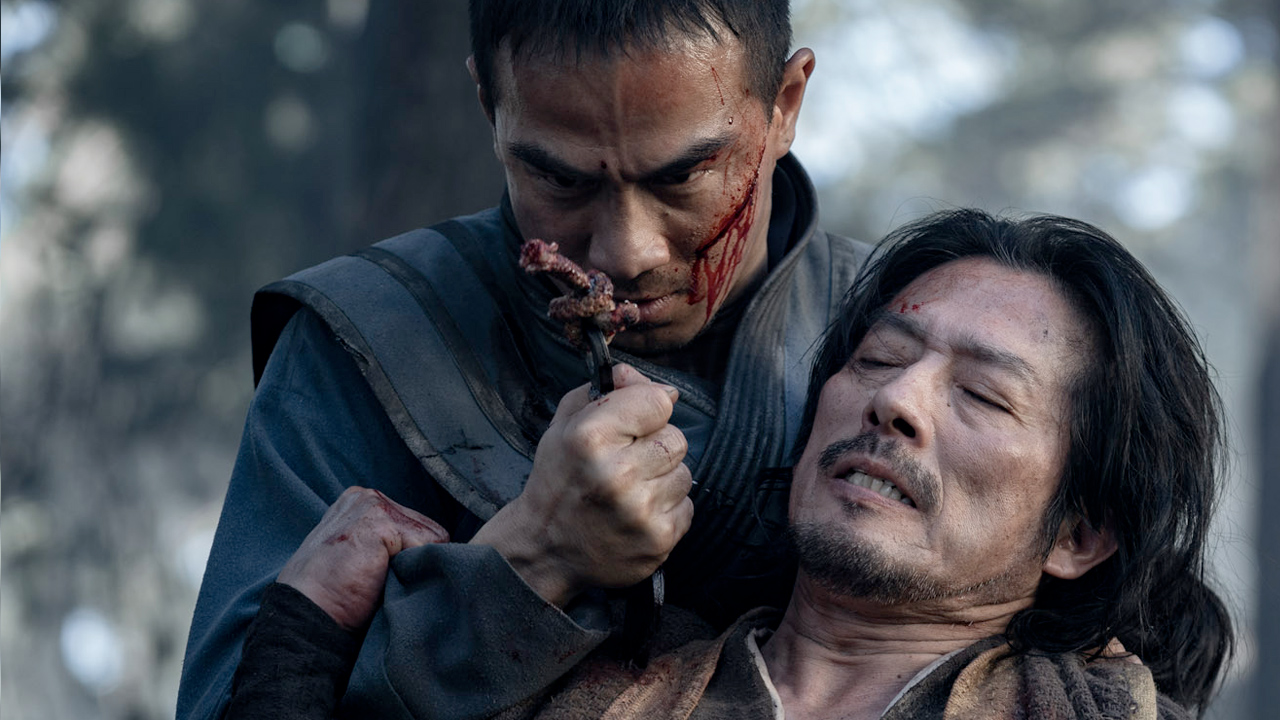 Abir: Yeah, you’d think that post-John Wick Hollywood directors would cut away from the impact of each strike less than before, but unfortunately not in Mortal Kombat’s case. This was really a shame because there were some genuinely well-choreographed fight scenes throughout the film.

I actually enjoyed the opening fight because it was so bloody and gory. It perfectly captured the over-the-top style of the games, and I thought that it was sweet that we saw Scorpion improvise his famous kunai from some rope and his wife’s shovel. That was until we heard Bi-Han say “For the Lin-Kuei” in English! The writers just couldn’t help themselves, could they?

There you have it, our very first co-operative Press X to Adapt feature. Despite its flaws, we both enjoyed our time with this new Mortal Kombat adaptation.

Please let us know what you think about this new format in the comments section below or in our Discord server. We want to know if you thought it was more Mortal Kombat: Shaolin Monks than Mortal Kombat: Special Forces or vice-versa.

[…] Abir and John joined forces to discuss Mortal Kombat’s return to the silver screen in a very special Press X to Adapt. […]