Pikmin 3 Deluxe Review — Just As Fun As Ever

There are very few among us who would suggest that waiting seven years for a port of a Wii U game is in any way desirable, but Pikmin 3 Deluxe offsets any frustration by being absolutely amazing. I still play Pikmin to this day, and so I’m delighted to see not only that Nintendo hasn’t forgotten about the series, but that it made some additions to Pikmin 3 Deluxe: cooperative play, improved controls, and even downloadable expansions. You’ve also got the added bonus of not having to use the awkward, oversized Wii U GamePad any more.

The campaign is exactly what you’ll remember if you’ve played the original: Alph, Brittany and Charlie set off for planet PNF-404, 279,000 lightyears away from their home planet of Koppai, in order to collect food to save their species from starvation and ultimately, extinction. Of course, this is a video game, so things just don’t go to plan — their ship crash-lands and the crew loses the cosmic drive key that will allow them to return home with the food they so desperately need. 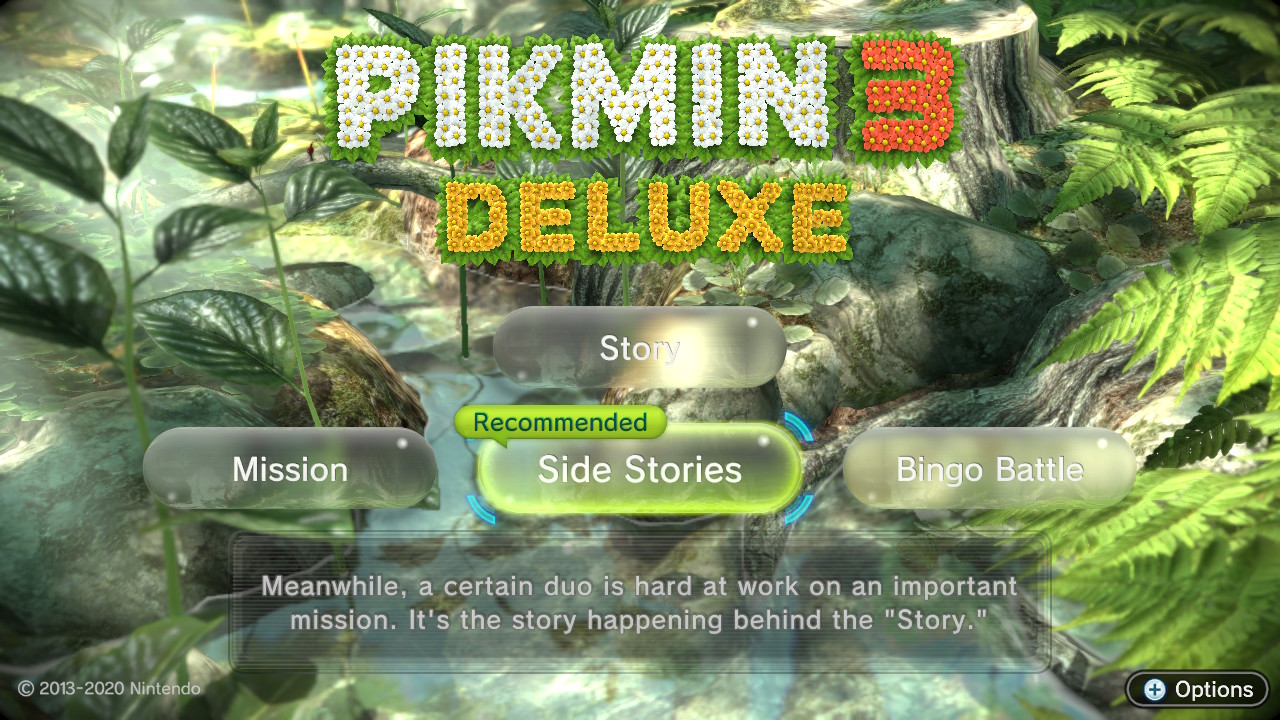 Owing to the Switch itself, Pikmin 3 Deluxe’s updated controls definitely make for improved gameplay, but it’s the cooperative play system, which carries on the game’s central theme of teamwork, that represents the biggest improvement. The game starts off as a single-player experience, with you controlling a single explorer, but a second player can join your game at any given time to help you out their explorer will be rendered on your screen as a ghost or hologram, and you can choose to give some of your Pikmin to them or have them find their own. Regardless, it makes it a whole lot easier to complete tasks that require multiple different types of Pikmin at once, and it’s just fun to play together. It’s always fun to peek at my partner’s screen when I’m stuck on a task and see that he’s stuck on a different task with different coloured Pikmin.

Pikmin 3 Deluxe’s cooperative mode is only available to two players, and it’s only available locally. It’s a shame that you can’t have a third player in the game and have all three of the explorers roaming around at once, and it’s a greater shame that the game lacks online multiplayer functionality, forcing you to play in a split-screen mode on the same console, but it’s all still a step in the right direction — after all, speed has never been Nintendo’s thing. Despite those shortcomings, the fact that cooperative play is available in every mission the game has to offer, including the expansions, really adds to this re-release’s value proposition, and brings back fond memories of the two-player challenge mode in Pikmin 2. 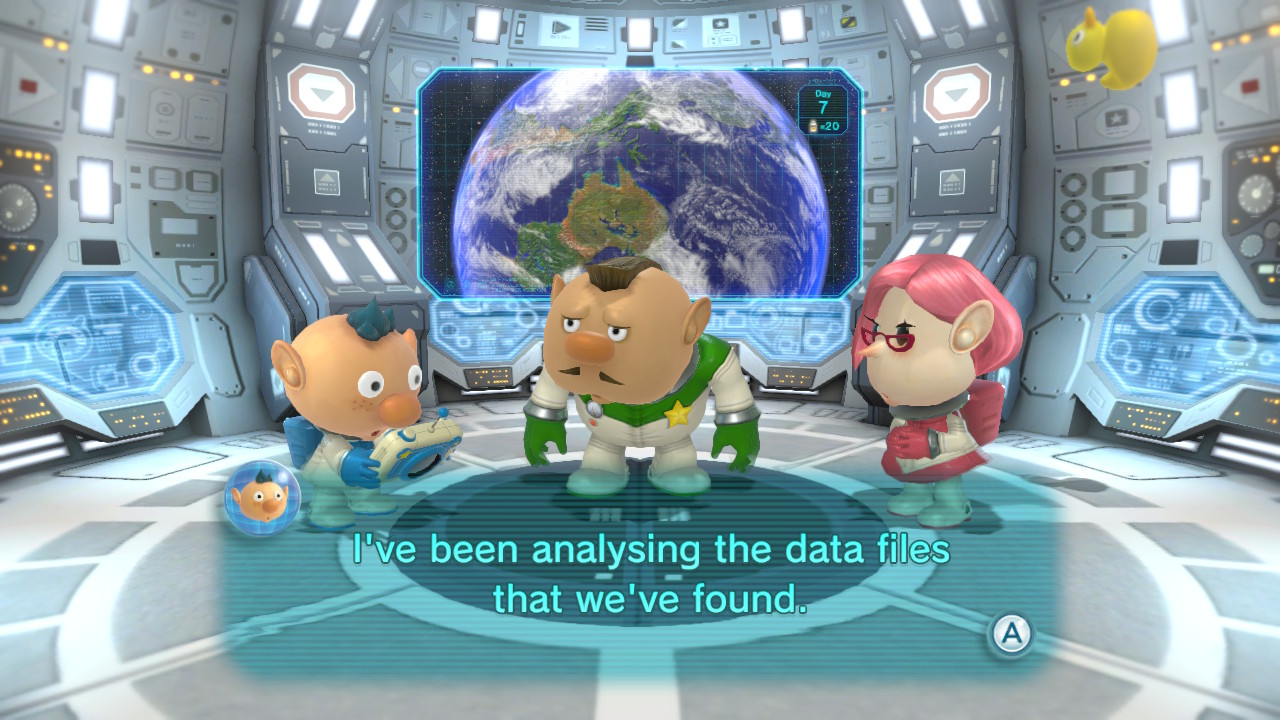 All of Pikmin 3 Deluxe’s levels are meticulously planned out, and accompanied by the kind of brilliant musical score that’s needed to complete any Pikmin game. Each new level will see you facing new enemies, challenges and puzzles, and you’ll find that your Pikmin will end up crushed, burned, drowned, eaten, skewered or simply left behind at night; it’s easier to cope with that guilt, though, because you’ll feel rewarded when you’re back in the S.S. Drake after a day’s exploration and the crew is filling its stomachs with the newly-discovered flavours of PNF-404.

The Pikmin at your disposal are all the same as they were back on the Wii U, but the puzzles, enemies and bosses are so much easier to conquer without the GamePad’s touch-screen functions. It might be a controversial opinion, but holding the GamePad in one hand while using the touch stylus with the other was just so uncomfortable for me that I could never play Pikmin 3 for too long at a time. Fortunately, now that the Nintendo Switch release is here and incorporates the Pro Controller, I can play the game much more naturally in terms of both comfort and functionality — everything being in one place makes the whole game so much easier. Interestingly enough, though, my partner prefers the GamePad’s playstyle, finding it more fluid when he can see the map at all times, so it’s definitely a “horses for courses” situation. 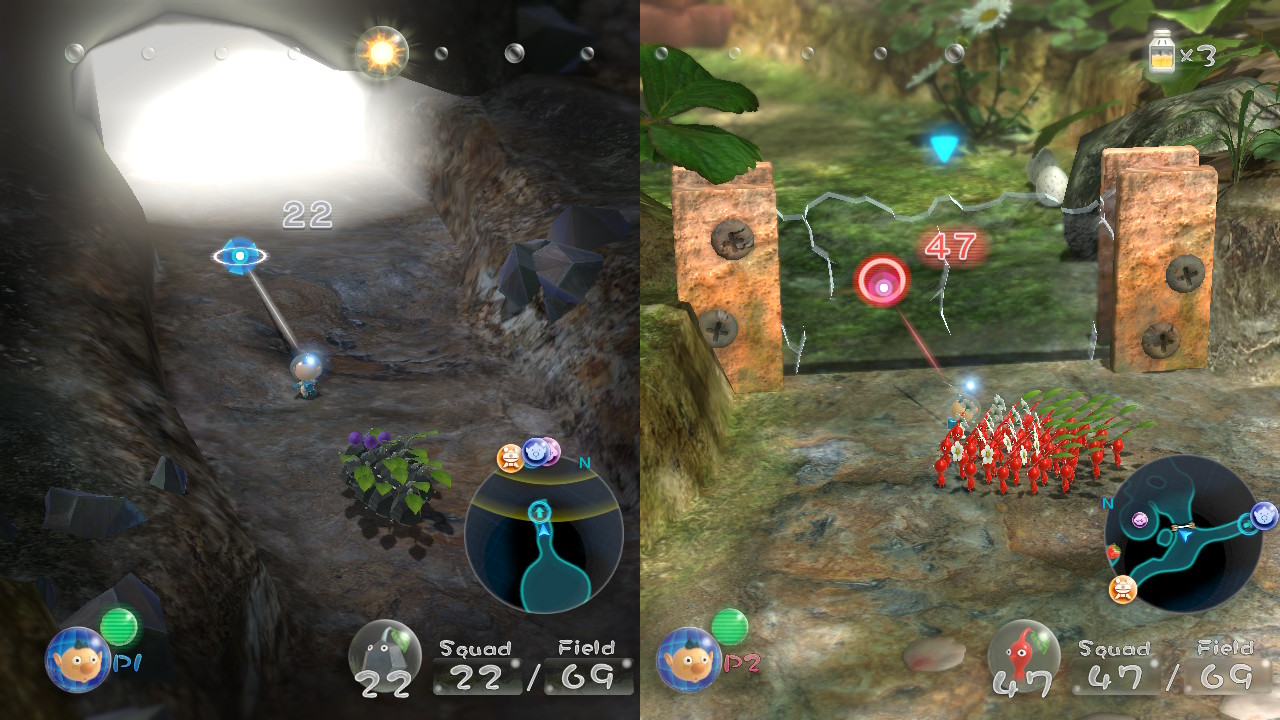 Of course, Pikmin 3 Deluxe is not without its shortcomings. The original game’s expansions are quite short, recycling maps from the story mode, and some levels really feel like they were designed for one player; I’m glad to have the choice to play them with my partner, but I’m only really playing them to learn the rest of the story. Perhaps more important, however, is the graphics. It’s the end of 2020, and the end of the eighth console generation, so it’s quite jarring to see that Nintendo has failed to perform even the slightest of optimisations to this new version of the game. You’re playing the exact same game you played on the Wii U, and you’ve paid full price for the privilege. In an era where developers are re-releasing games as remasters and even remakes, it’s a bit of a letdown that Nintendo didn’t at least smooth out some edges and bring the graphics a little closer to current standards.

Overall, though, those shortcomings don’t take away from the fact that Pikmin 3 is still an incredibly enjoyable experience, and Pikmin 3 Deluxe’s improved controls and cooperative play have made it even better. I’d still love to see a new Pikmin game, built from the ground up for the much more advanced Nintendo Switch, but Pikmin 3 Deluxe is well worth your time and money if you were a fan of the game back in 2013. 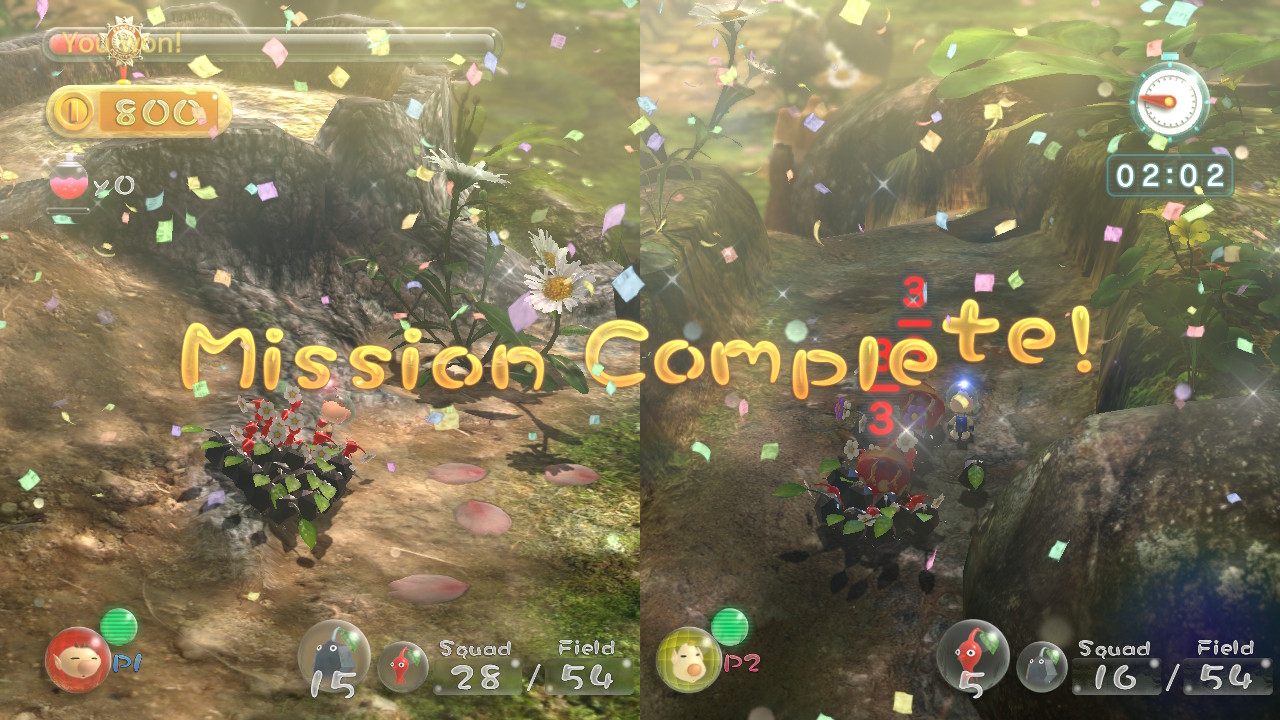 Although Nintendo didn’t choose to remaster Pikmin 3 for this rerelease, Pikmin 3 Deluxe is the same enjoyable experience with a couple of shrewd additions that add to its value. Worth a look if you’re a fan of the series, a fan of puzzle games in general, or just looking for a nice, relaxing co-op game.

[…] Attwood made his Doublejump Debut, reviewing the “deluxe” additions that Nintendo made to a popular original in Pikmin 3 […]