Nintendo’s Labo VR is a Great Idea, but it Won’t Succeed Without Support

Please, don’t let it go the way of the Wii U…

Virtual reality (VR) has had a rough time so far. Despite the variety of headsets on the market, it has failed to truly break into the mainstream as the next major way games are played. Instead, it currently feels like a gimmick that, while fun, quickly loses its appeal. That hasn’t stopped Nintendo from putting its own name in the conversation, though: the Japanese gaming juggernaut announced a virtual reality variant of its Labo playset early in March, releasing it to the public on April 12 with a view to providing a family-friendly shared experience. When I first heard about this system, I thought it was way too gimmicky to work, but a little more thought and research have led me to believe that this approach could very well be the kickstart that virtual reality gaming needs.

The biggest advantage the Labo VR has over other virtual reality systems is its price. Price has always been one of virtual reality gaming’s major barriers to entry, with many of the headsets on offer costing as much as a major console (but with far fewer games on offer); by pricing the Labo VR at just US$79.99/£69.99/AU$119 – with a Starter Kit coming in at less than half that price – Nintendo has offered a virtual reality experience that is much more accessible to those on a budget.

The lower price tag ties in to the Labo VR’s other major advantage: a larger market. Most VR systems currently try to appeal to the more ‘hardcore’ audience – which makes sense, given that this audience would likely be far more willing to spend hundreds of dollars on the equipment needed to play VR games – but that’s not the only market to reach out to; Nintendo, in all of its family-friendly glory, has understood that, and now it’s taking advantage. By making the Labo a cheap alternative, and making it safe for children to use, Nintendo is capitalising on an almost completely untapped market. Appealing to children, families and shared experiences is a very smart move, and the Labo’s hands-on nature supports this strategy as it looks to emulate the experience that older gamers (who may also be parents) remember having with Lego back in the day.

Nintendo also has the advantage of avoiding direct competition with other companies. Ever since it released the Wii back in 2006, it became clear that Nintendo was not focusing on the same things as other companies. Rather than prioritise hardware, Nintendo has worked on making its systems unique and developing games that capitalised on the features that make them unique. History has shown that this is a bit of a double-edged sword: Nintendo will either strike gold, like with the aforementioned Wii and the Switch, or screw it up entirely (see: the Wii U). Either way, Nintendo is clearly not trying to outclass the other virtual reality systems currently in the market – it’s simply doing its own thing with the concept. This means that nobody is really going to compare the Labo VR to other systems; those who play their virtual reality games on the Labo VR do so fully aware that they’re not going to get the same sort of experience they’d get if they played it on, say, a PlayStation VR or an Oculus Rift. That significantly lower weight of expectations works in the Labo VR’s favour, and at the moment, anything that works in the Labo VR’s favour works in virtual reality’s favour as a whole. 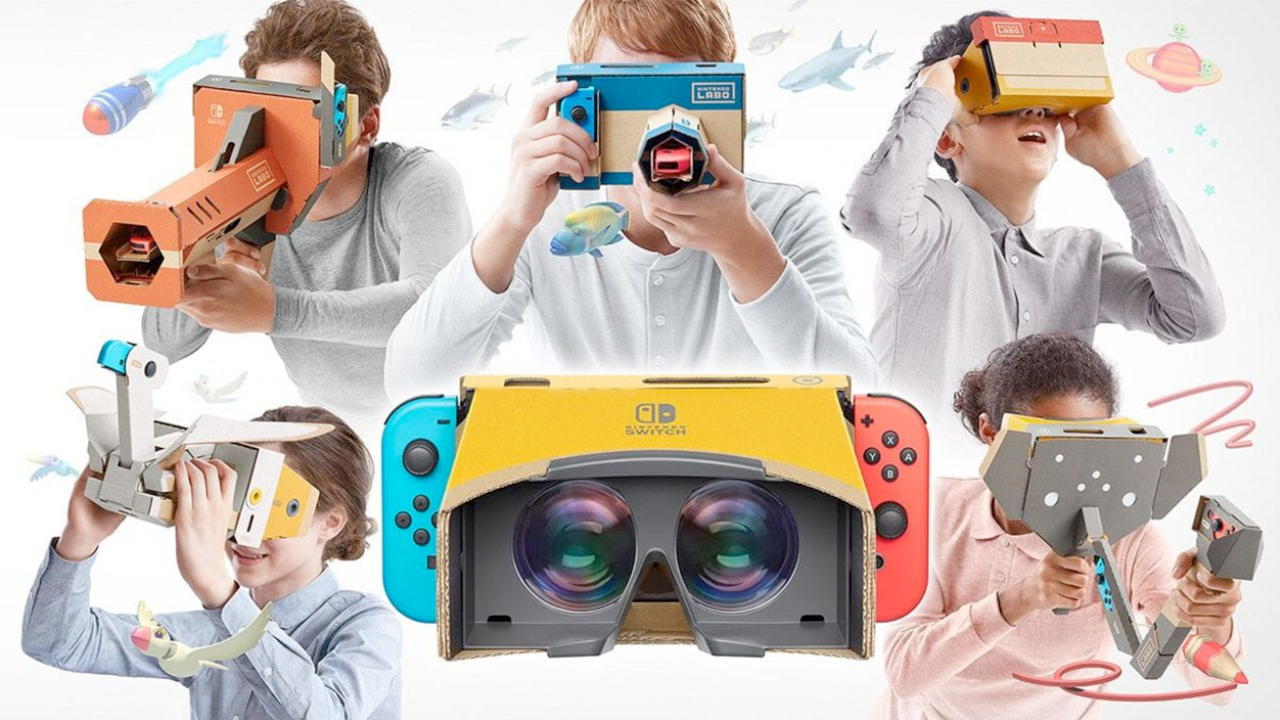 Nintendo’s quite obviously going for a family-friendly approach, and that will almost certainly work in the Labo VR’s favour.

Of course, Nintendo’s more family-friendly approach to virtual reality does come with numerous flaws. According to early feedback, the main problem with this more hands-on approach to VR is just that: the hands. Unlike other headsets, the Labo VR uses the Switch itself as the screen, and doesn’t include strap to keep it attached to the player’s head. That requires the player to physically hold it up, and as one might imagine, that’s pretty damn tiring.

Another consequence of using the Switch as the Labo VR’s screen is the fact that the console’s screen only supports a resolution of 720p, which is quite noticeable when you’re looking at it as closely as the Labo VR mandates. As we’ve established, Nintendo isn’t trying to compete with other companies, especially when it comes to graphics (Nintendo has always danced to its own beat graphically), but the low resolution does limit what the Labo VR can accomplish simply because it can’t achieve as much detail as the other headsets on the market. It’s quite possible that this won’t be as big of a drawback as it sounds, though, since it’s only really going to be a problem if Nintendo wants to push some graphical boundaries with it.

As significant as they are, both of those issues pale in comparison to the main issue, one that Nintendo itself will be quite familiar with: a general lack of support. Much like it did with the Wii U, Nintendo failed to properly support the original Labo and because of that, it ended up being a neat idea that many players dropped after only a short time simply due to lack of content. It’s still too early to tell, but the company has expressed its intention to change that by announcing virtual reality support for both Super Mario Odyssey and The Legend of Zelda: Breath of the Wild. Fans have also been quick to point out some strange missed opportunities with Labo VR’s peripheral, namely the camera peripheral that would’ve been perfect for a Pokémon Snap sequel fans have been clamouring for, and the blaster that could’ve made for some exciting Metroid or Splatoon action. At the moment, it seems as though the Labo VR could fall prey to the same issue that plagued the Wii U – developers, both first and third-party, not knowing how to take advantage of the system’s unique capabilities. 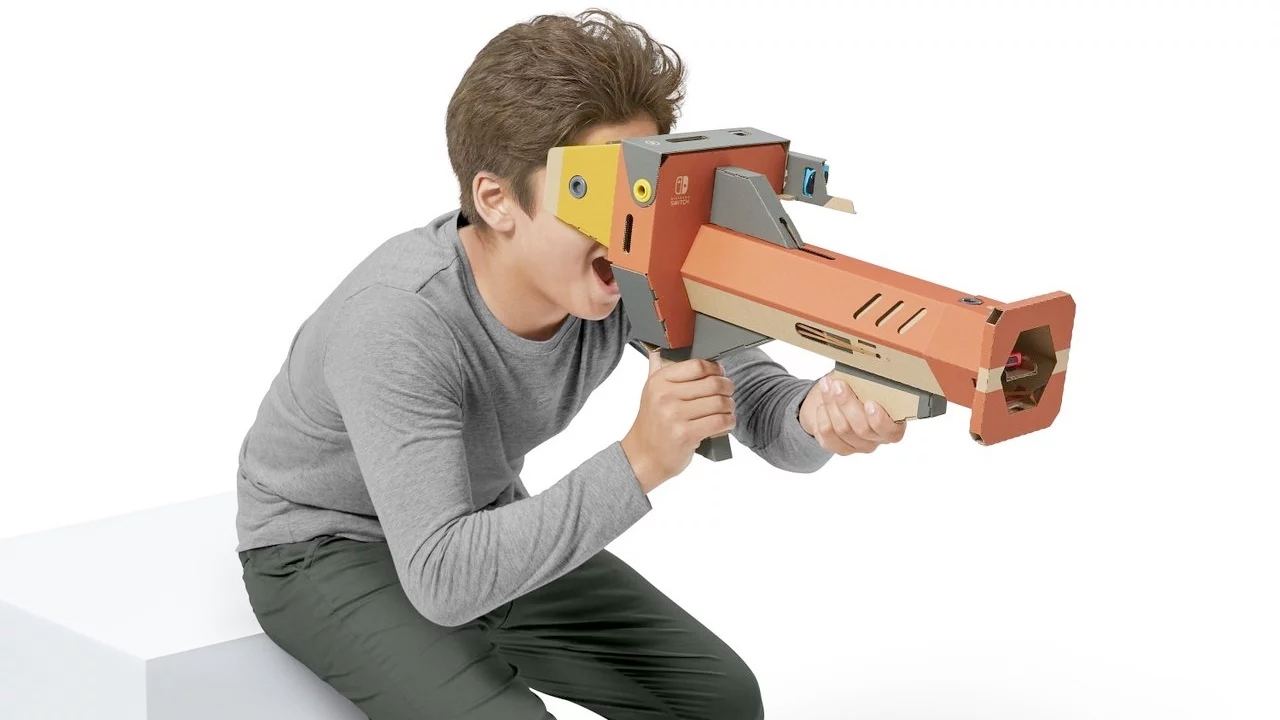 The Blaster Toy-Con is just one example of the Labo VR’s untapped potential… For now (we hope).

With all of that being said, Nintendo has made a valiant attempt at breaking into the virtual reality world. The Labo VR breaches the most considerable barrier to access that’s currently preventing virtual reality from breaking into the gaming mainstream, but the current lack of first- and third-party support leaves very few reasons to purchase it. Even if people do initially take to the idea, Nintendo will see the Labo VR completely forgotten unless it supports the system throughout its lifespan. If Nintendo does offer the system ongoing support, it very well could serve to open the VR market, making it fun for families in the same way the Wii brought motion controls into the mainstream. Things do look promising with the Mario and Zelda VR support, but only time will tell.