Nintendo’s got plenty of aces up its sleeve

Following what has so far been a year of video game delays and an unprecedented 348-day Nintendo Direct drought (Mini-Directs notwithstanding), Nintendo showed up today with a fantastic Indie World presentation which showcased more than 20 indie games in 20 minutes, with six of them available on eShop as of right now and the rest to follow before the end of 2021.

As if to make it all even sweeter, Nintendo also launched an Indie World sale to go along with the event, discounting a whole bunch of indie titles — even the ones it announced during the presentation! — until August 30, which is sure to tide players over at least until the end of Winter (or lockdown, if you’re in Victoria like most of us are).

Below you’ll find a rundown of the major announcements, as well as a little bit of information about everything else that was announced today. Sit back, relax, enjoy, and prepare to add to your backlog!

Raji: An Ancient Epic takes us into Ancient India today:

Already taking home “Best of MIX Live” and “Best Game of Show” at Devplay, Raji: An Ancient Epic is an action-adventure game set in Ancient India about a young girl “chosen by the gods to stand against the demonic invasion of the human realm” and fulfil “her destiny to rescue her younger brother and face the demon lord Mahabalasura.” We’re excited to delve deep into this first game from developer Nodding Heads Games, and we’re very much in luck: it’s available right now as a timed Switch exclusive. 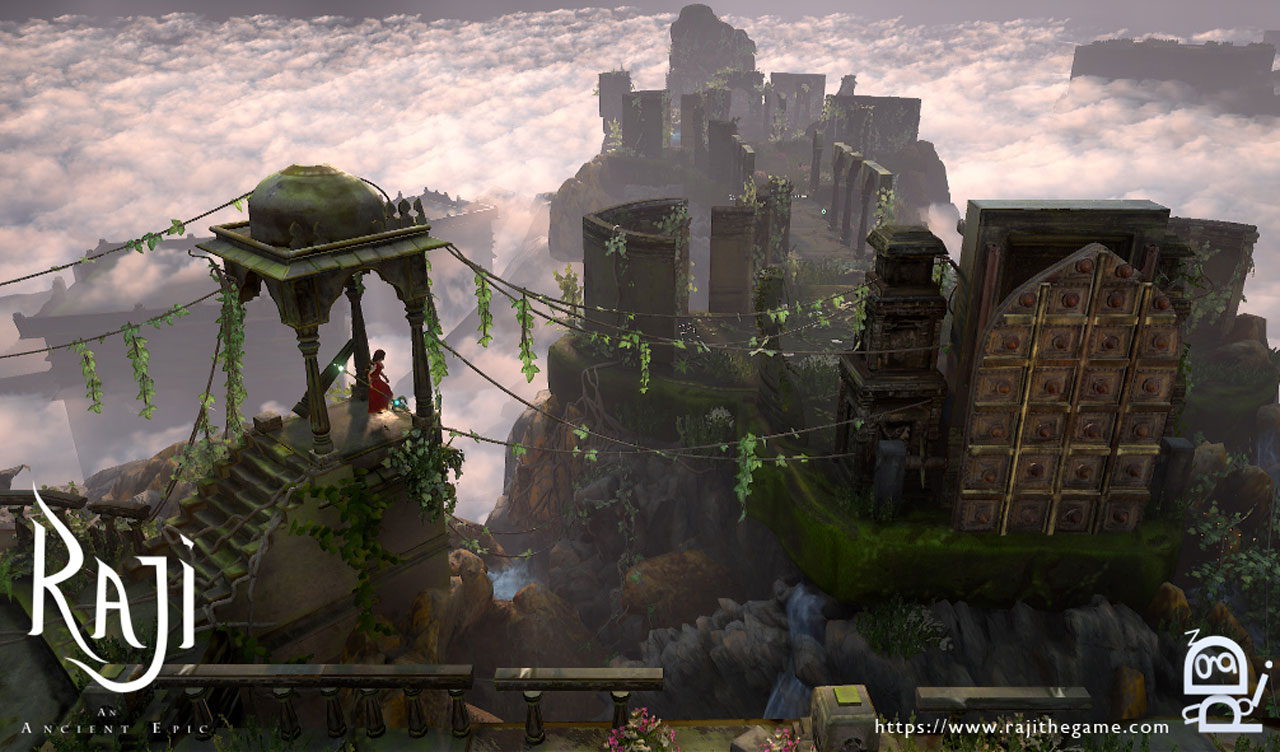 Spiritfarer is a unique take on the afterlife:

Developer Thunder Lotus describes Spiritfarer as “a cozy management game about dying.” That might sound rather sombre, but you’ll be surprised: you control Stella, the “ferrymaster to the deceased”, as she “[spends] relaxing quality time with [her] spirit passengers, [creates] lasting memories and ultimately  learns how to say goodbye.” We’ve already been moved by previous trailers, and we’re definitely planning to join everyone in reaching for the Kleenex as we play the game, which is available right now on Switch, as well as PC, PS4 and Xbox One. 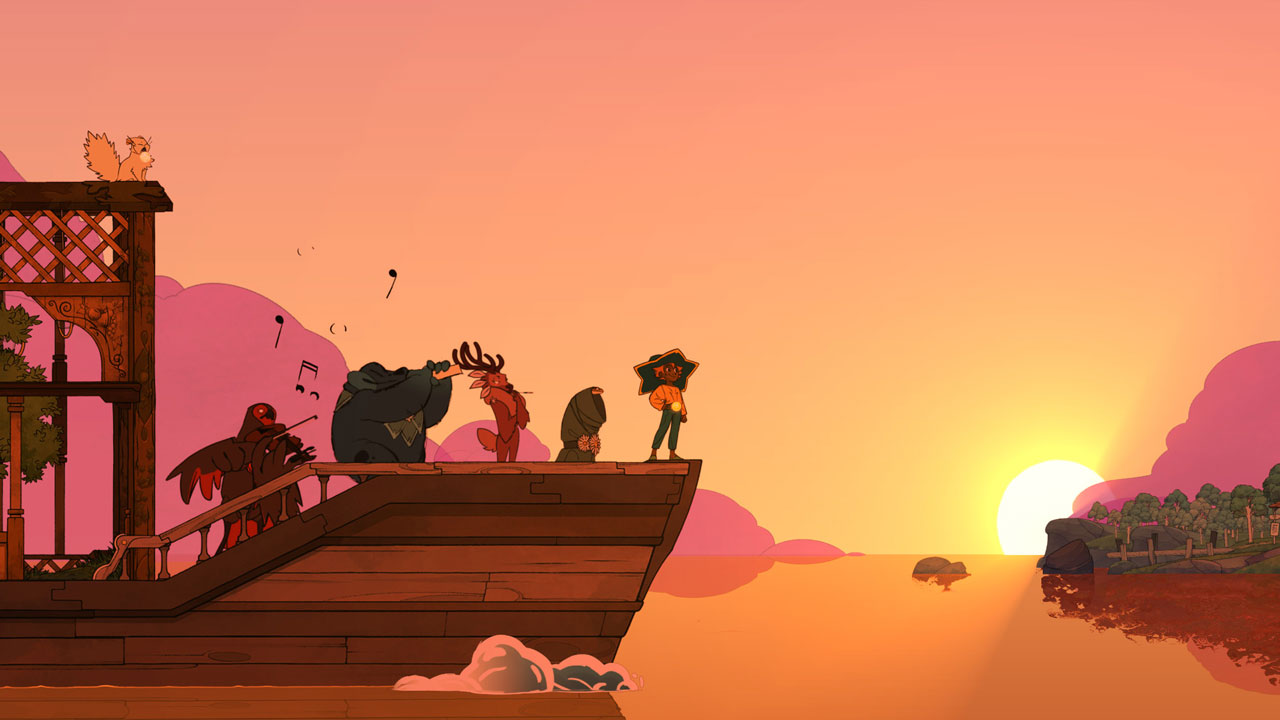 If you can’t go on A Short Hike in real life, you can do it on your Switch:

One of last year’s best overlooked games, A Short Hike, is out now on Nintendo Switch. Emulating the look and feel of any great Nintendo DS release, A Short Hike is… literally a short hike, following a young, anthropomorphic bird named Claire as she reaches the summit of Hawk Peak in a journey that’ll take less than an hour to complete. The best part is that we can now play it while we’re hiking or mountaineering IRL for a guaranteed serene experience. Just watch the floor in front of you! 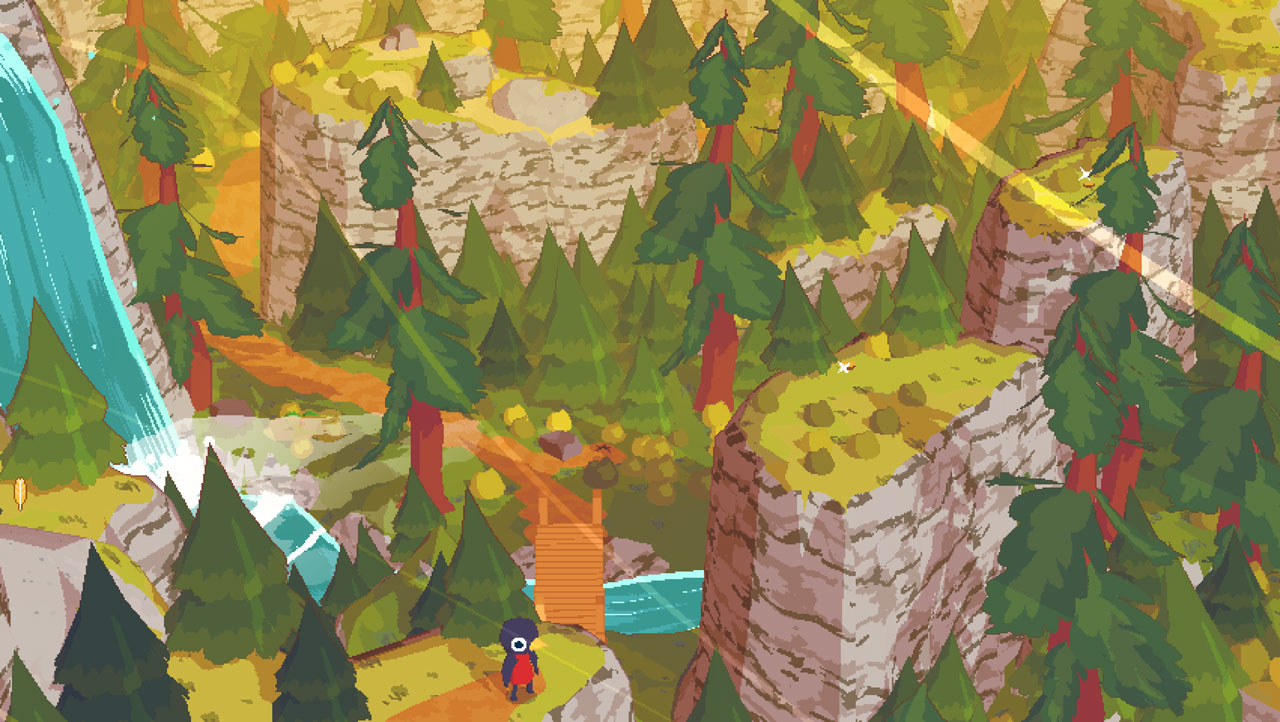 The adorable Takeshi and Hiroshi is available now:

First released on Apple Arcade last year, Takeshi and Hiroshi boasts gorgeous puppet stop-motion animation and which has players take control, in turn, of both titular brothers as the former is tasked with creating a role-playing game that is perfectly balanced for the latter’s skill. We’re ready to start mastering the art of game development and conquering our very own creations as soon as today as the game is now available for the Nintendo Switch. 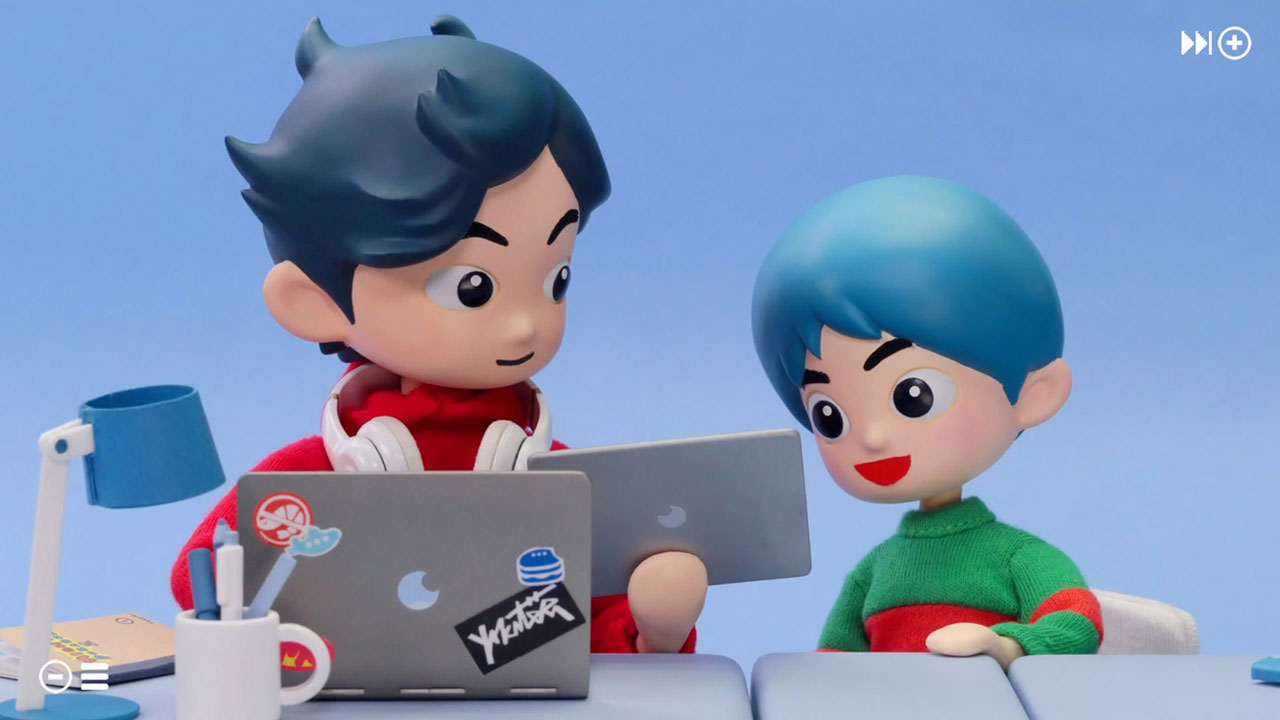 The cel-shaded Manifold Garden is sure to trip you out:

Taking a page from games such as Antechamber and, more recently, Subliminal, Manifold Garden is the latest puzzler to play around with trippy visuals and novel physics. This means we’re sure to get lost whilst exploring its infinite possibilities as the game, which released last year on Windows, MacOS and iOS, is now also available on Switch, PlayStation 4 and Xbox One. Evergate is another afterlife story that’s out today:

Coming our way from Boston-based Stone Lantern Games is Evergate, a game that has players “guide a child-like soul named Ki on her journey through the afterlife.” Blending “cerebral puzzles with skill-based execution”, Evergate is a promising-looking 2D puzzle-platformer that features a unique align-to-shoot mechanic called the Soulflame and offers “challenges for casual and hardcore gamers alike.” Evergate is the last of today’s announcements that’s available right now on Switch! Hades is slated for Switch by the end of this year:

Having spent almost two years in early access, first as an Epic Games Store exclusive and then on both the Epic Games Store and Steam, Supergiant Games is finally ready to release it fully later this year, along with a Nintendo Switch version. Switch owners will be able to take control of Hades’ son, Zagreus, as he tries to escape from the Underworld and get to Mount Olympus — with some help from the other Olympians. Despite having that signature Supergiant look to it, Hades is a very different game to the studio’s other three releases, and it’s definitely worth picking up if you haven’t had the chance to already Untitled Goose Game is getting a multiplayer update next month:

The “slapstick-stealth-sandbox” — also known as the indie darling of 2019 — was hilarious enough when there was only one goose running around, terrorising the city, but House House has decided to up the ante: starting on September 23, players will be able to bring a friend into their game and annoy the townsfolk together. It’s only couch co-op at the moment, but I’m sure the newly-christened (well, at least by us) Untitled Geese Game’s victims won’t mind that… Card Shark encourages you to cheat your way through 18th Century France next year:

Reigns series developer Nerial is partnering up with Devolver Digital to release a game that takes you back to 18th-Century France, where cheating people out of their money would almost definitely get a person shot… and tells you to cheat people out of their money. Card Shark encourages players to employ sleight-of-hand tactics like hiding cards up your sleeves and in your palms in order to win card games, and given that it comes from the same studio as Reigns, it looks like there’ll be plenty to laugh at throughout the journey as well. That’s a lot of games for Nintendo to squeeze into just 20 minutes! Still no sign of the hotly-anticipated Hollow Knight: Silksong, though, and no word of a full Nintendo Direct event happening any time soon — despite the fact that the internet is already ablaze with rumours. Hey, at least we’re spoiled for choice in terms of what games to play today!

[…] morning, Nintendo hosted another showcase of some of the independently-produced titles coming to the Switch in the next year and a bit, as […]

[…] the first-party silence, however, Nintendo dropped a new video in its “Indie World” series on August 18, featuring a number of new and upcoming titles on the Nintendo Switch developed by indie teams. […]