Multiplayer: Our Most Anticipated Titles of 2017

2017 is already shaping up to be a massive year for the video games industry, and Doublejump and its team can’t wait to watch it all unfold! Here’s a nice, quick look at the single game each of our staff members just can’t wait for this year. 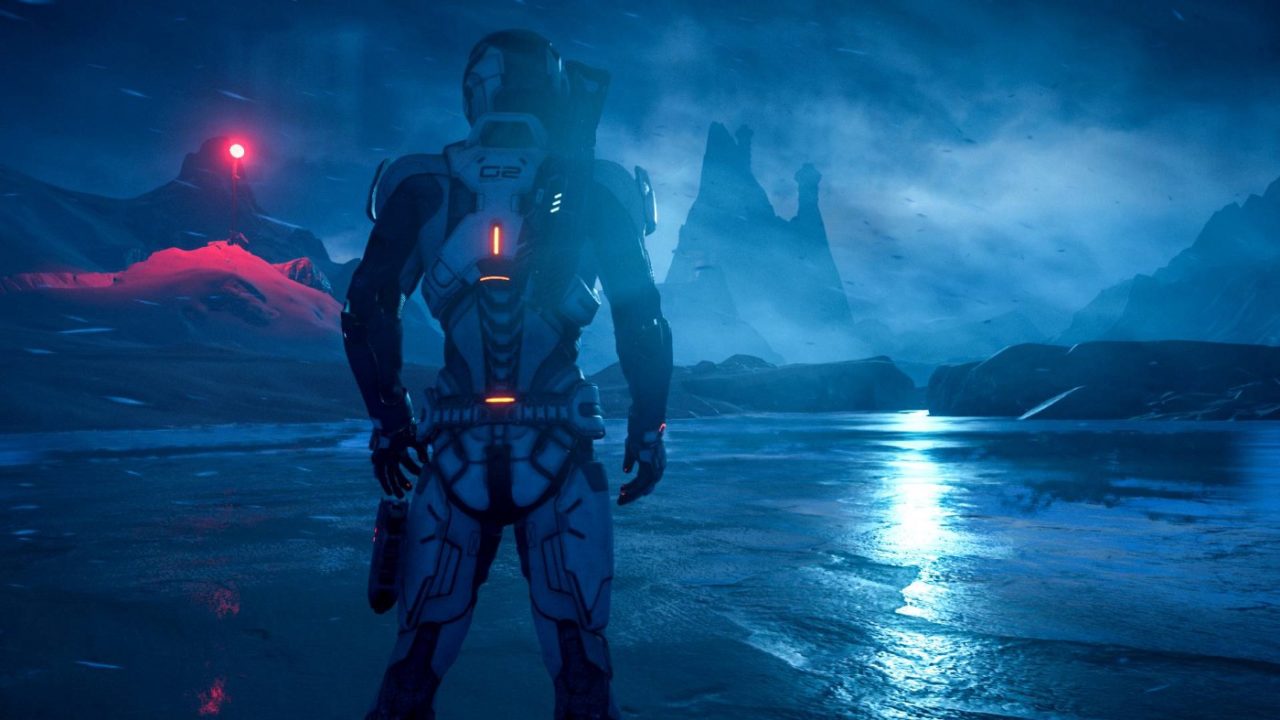 The Mass Effect series holds a very special place in my heart. I replayed the entire first game in order to save Wrex, I rejoiced at reuniting with Garrus and Tali in the second game, and I genuinely felt proud when Legion recognised its place as my friend in the third. While I am greatly excited to play Mass Effect: Andromeda, I‘m also feeling pretty cautious because developer BioWare made some serious missteps with Mass Effect 3. Putting the whole ending saga aside, I was disappointed to find that huge experience-changing story information — *spoiler for a five-year-old game* finding and recruiting a Prothean in From Ashes and the revelation that the Reapers were created by the highly-advanced Leviathans in Leviathan — was locked behind paid downloadable content. I honestly believe that players who did not play through this content were worse off, so I deeply hope that BioWare will deliver a complete (and superb) story experience in Andromeda, with any additional story DLC rounding out a stellar package in a way that genuinely builds excitement for the next game.

Dragon Age: Inquisition showed that the veteran developer has partly learned these lessons, but CD Projekt RED went and raised the proverbial bar of RPG storytelling with excellent quests and character performances in The Witcher III: Wild Hunt and its expansions. BioWare has demonstrated this same ability multiple times before, and a new version of DICE’s Frostbite engine should provide the technical framework to realise the Mass Effect developer’s creative vision. Speaking of Frostbite, Andromeda is one of the first cross-platform titles to boast both 4K and high dynamic range (HDR) support across all platforms, which makes this PC gamer very, very happy!

It’s been five years since our last rodeo, Mass Effect, and I can’t wait to meet some new Human, Turian, Quarian, Salarian, and Asari faces in our next adventure together!

Alex: The Legend of Zelda: Breath of the Wild (Nintendo Entertainment Planning & Development) 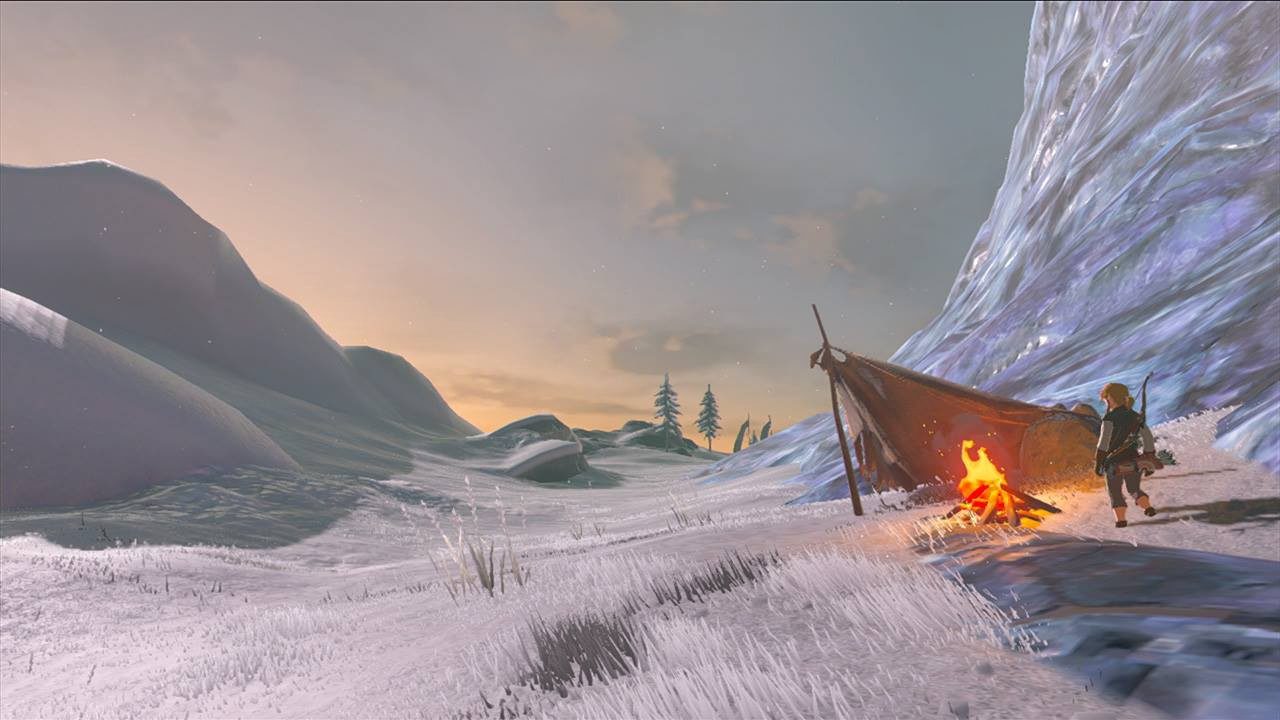 Those who know me best know that I’m a die-hard Legend of Zelda fan, and there’s simply no getting past both the nerves and excitement that I have for The Legend of Zelda: Breath of the Wild.

More than just a fresh coat of paint over the beloved franchise, Breath of the Wild is set to introduce a plethora of new features and mechanics that will change the way that a typical Zelda game is played. Significantly, the game will possess almost no linearity, with players being granted the opportunity to proceed almost directly to the final boss once beginning the game, but can always spend a few hours (in my case, likely hundreds) exploring any or all of what the open world of Hyrule has to offer. Better still, the title is set to launch on Nintendo Switch, so it should give plenty of interested gamers more than enough reason to pick up the console and give Breath of the Wild a go.

Outside of handheld titles, Nintendo has tended to work its magic to perfection with each new Zelda installment, and I’m hoping to see that trend continue on to its next-generation console. I’m well-prepared to either write the angriest review in history, or lose myself in Hyrule for the rest of 2017.

Red Dead Redemption is my all-time favourite game, and one of video gaming’s landmark achievements. It wasn’t just a good Western game (in itself a rarity) but a triumph of scriptwriting, performance and thematic depth that didn’t just deliver the aesthetic of cinema, but also stood up to its storytelling standards. The excitement that surrounded its addition to the Xbox One’s backwards compatible range last year — six years after its original release — stands as testament to its enduring status. Now, after more than half a decade of speculation, Rockstar are finally bringing us more.

Of course, with a Read Dead Redemption followup comes some pointed questions. A direct sequel can’t have John Marston as its protagonist (Unless he’s a zombie and we’re actually getting an Undead Nightmare reboot), and even if it were to feature his son Jack the first game was set in the dying years of the Old West, and it’s hard seeing Rockstar regurgitating that thematic material as well. What feels more likely is a completely different story about a new character or, as many have suggested from analysing the teaser trailer and the scant promotional images released for the game thus far, a prequel exploring Marston’s early days. Apart from that, it’d be pretty fair to expect the Dead Eye mechanic to make a return, and multiplayer most likely styled after GTA Online.

While a great game, Grand Theft Auto V felt like a backwards step for Rockstar in narrative terms, and it’s a relief to see the developer return to the more mature tone it nailed so well with Read Dead Redemption. Of course, with this comes the pressure of surpassing the original — no mean feat when we’re talking about one of the most critically-acclaimed games of all time. However, Rockstar is notorious for working by its own clock (which admittedly, makes the chance of this game actually releasing this year less than healthy), and when it announces a release it usually means that it knows it has something that works. 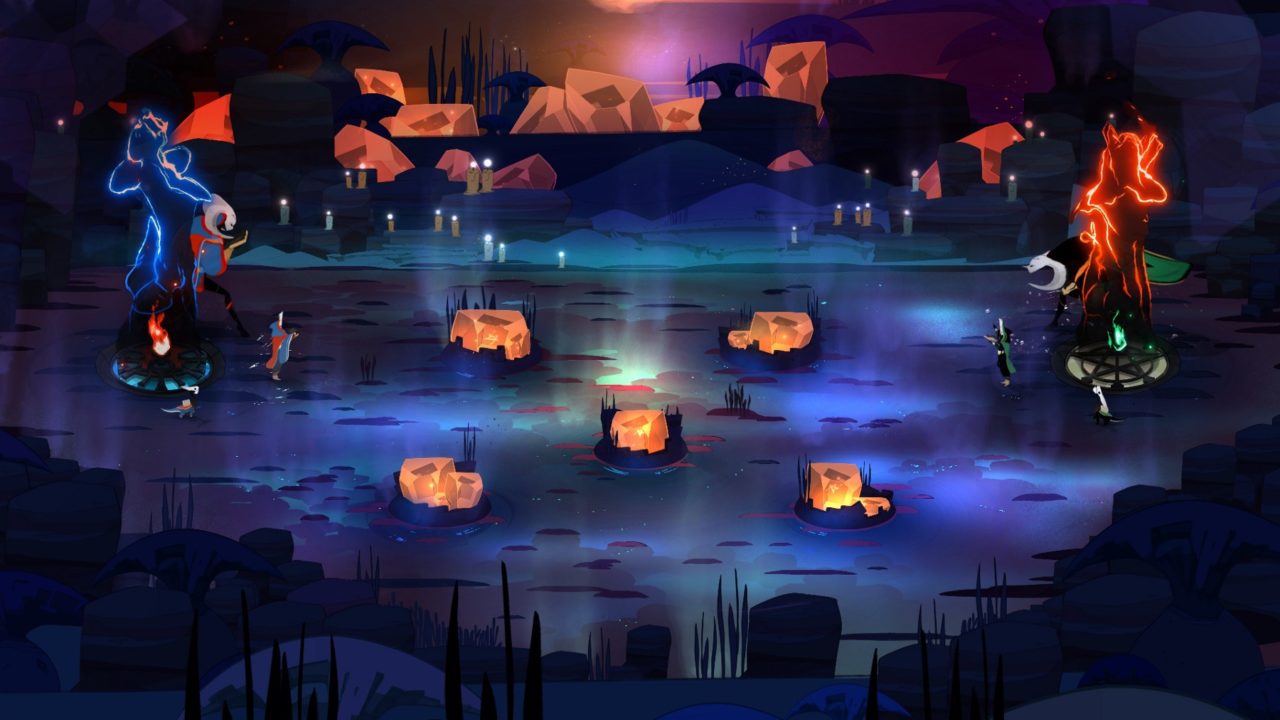 With all of the major AAA releases set for this year, including that of a whole new console, it feels kind of strange to be nominating an indie title as the one game above all else that I’m looking forward to, and to that I have but one response: it’s a fucking Supergiant game!

The tiny San Francisco-based team has only got two releases behind it so far, but they’ve been crackers: Bastion, which I’ve frankly yet to fully complete because I’ve got it on four different platforms, and Transistor, which I had no hesitation in calling my Game of the Year for 2014 and which remains as one of my favourite titles ever. The studio specialises in action role-playing games with quirky graphics and interesting combat systems, and Pyre’s going to continue that trend by bringing three-on-three combat that looks more like a sport than a fight.

I’ve been a fan of Supergiant Games ever since Abir and our friend Luke — the third member of the original Doublejump Management — basically forced Bastion in my face, and I’m excited to see what my favourite developer’s got in store for me this time around. 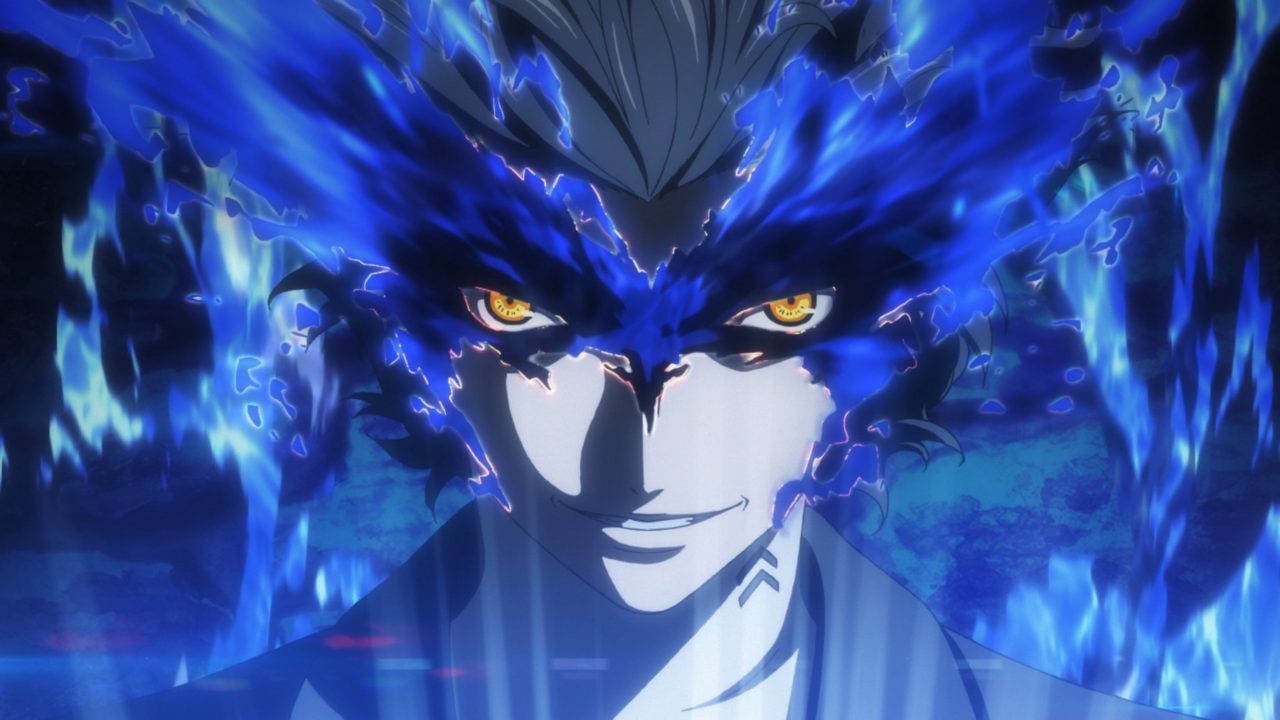 Whenever I get asked how to describe the Persona series — and by extension, the Shin Megami Tensei series — I always say that it is like Pokémon for adults. The series itself has been around just as long as Final Fantasy, yet most people miss out on it despite its critical success. I was introduced to the Persona series through the anime Persona 4: The Animation. I had heard of and been interested in playing the Shin Megami Tensei series and its many spin-offs for quite some time, and when I finally purchased and played Persona 3, I was instantly hooked.

The idea of negotiating with demons instead of capturing them brings about a new sense of strategy, and Persona 5 sees this mechanic return even though it appeared to be forgotten after 2000’s Persona 2: Eternal Punishment. The introduction of two new elemental spells as well as the Hold Up feature, which allows the player to choose to either negotiate with a demon of their choice or to execute an All Out Attack (a somewhat game-breaking mechanic in the previous two titles), really brings a new sense of strategy to the game which is very, very welcome.

That all goes alongside the fact that the game itself looks absolutely beautiful and stylish (a mixture of a film noir and manga-style that brings new life into the series), and its story seems to focus on darker themes such as the pressures of living in a society of constraints. I believe that if Persona 5 executes its themes and gameplay well enough, then it will be an early contender for my Game of the Year!

Now that you know what we’re excited for in 2017, we’d love to know what you’re looking forward to this year! Feel free to check us out on Facebook, Twitter and Instagram and let us know, or join our Discord server if you’re feeling a little more chatty!