Multiplayer: Our games of the year for 2017

Although hardware stole the show for the majority of 2017 through Nintendo’s innovative and equally risky Switch, the PlayStation 4 Pro and the Xbox One X, it’s nigh-impossible to deny that the year just past was one of the strongest years the video game industry has seen in a long, long time from a software standpoint as well. With such a phenomenal lineup to choose from, the Doublejump Staff (and one guest writer) had a whole lot of fun populating the list of our favourite games of 2017; we hope you’ll have just as much fun reading through it! 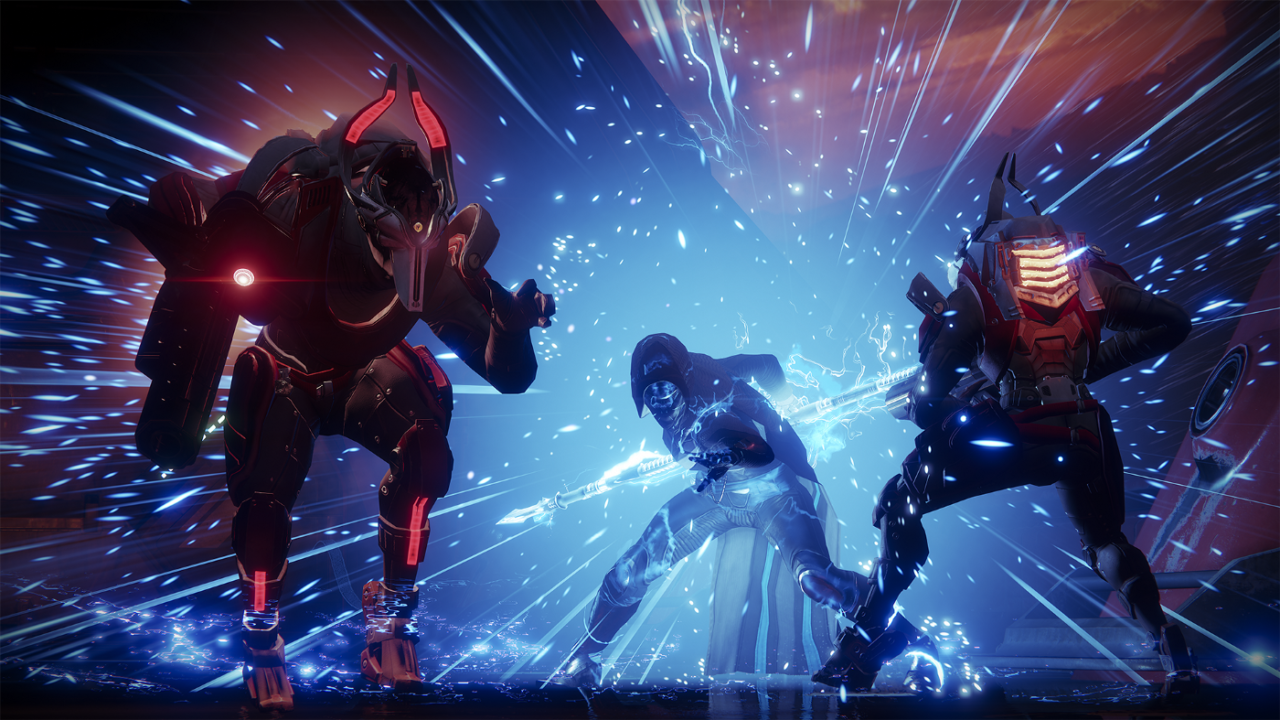 Destiny 2 is a whole lot of fun. The shooting mechanics feel fantastic, the new environments look both beautiful and eerie, and the sense of camaraderie that the game fosters is palpable. Oh, and the long-awaited PC release is a sight to behold, even despite its crappy anti-aliasing support. Bungie has created a lore universe and gameplay loop so addictive that — for almost four years now — players have been both unsatisfied with and unable to give up. Many hardcore players lament the lack of significant compelling end-game loot and activities, but I don’t share many of these same concerns because I simply don’t have enough free time to exhaust all of what the game has to offer. From the game’s accelerated loot grind and reduced Crucible team size, it’s clear that I am the type of player that Bungie has targeted with Destiny 2.

I have really enjoyed playing the game so far — after all, its shooting mechanics are second to none — and am invested in its unique mix of massively-multiplayer online role-playing game (MMORPG) and first-person shooter (FPS) activities. What I do wish to see, however, is Bungie adding matchmaking to both the Nightfall Strike and Raid activities. Destiny 2 is at its best when playing with an active crew, and since none of my Destiny-playing comrades are on PC, locking content until I can round up enough people is thoroughly irritating. Bungie, why not let players build bonds with strangers? Sure, players can have really negative experiences while playing with people that they don’t know, but it’s a small price to pay for the opportunity to forge new alliances and friendships. All negatives aside, Destiny 2 is a whole lot of addictive fun, and I’m truly proud to call myself a Guardian.

Ayden: The Legend of Zelda: Breath of the Wild 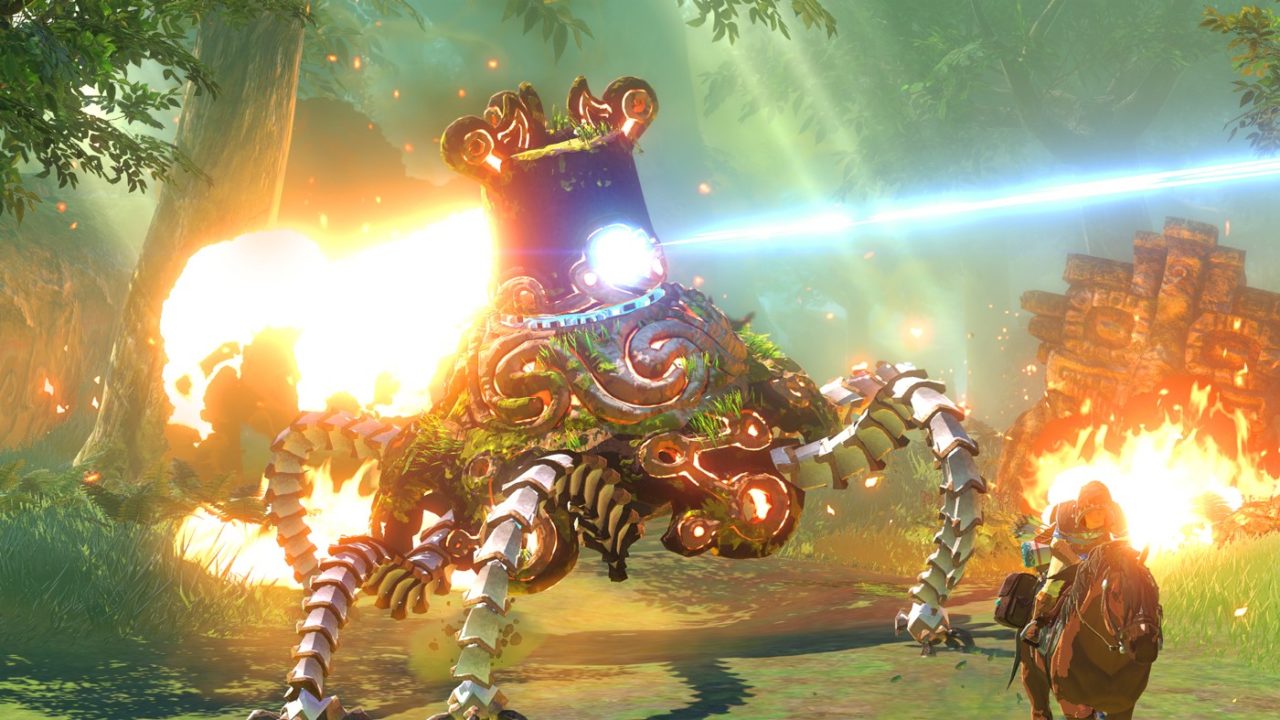 Nintendo’s seemingly-endless conveyor belt of titles has worked for decades, effortlessly producing countless adventures for countless protagonists who have become icons in the eyes of multiple generations of gamers. Aided by its newest piece of hardware, the Japanese giant moved away from that assembly line for the first time in a long time in 2017, and the result was one of the greatest releases in its storied history.

Breath of the Wild not only moved the Legend of Zelda franchise in a completely different direction, but it also single-handedly carried the Nintendo Switch for months while gamers awaited titles like Super Mario Odyssey, Mario Kart 8 Deluxe, Xenoblade Chronicles 2 and Splatoon 2, among others. The game not only services players with a lengthy and extremely subjective main story, but it’s padded out with charming and interesting side-quests and fun collectibles. With full, open-world gameplay and addictive combat, The Legend of Zelda: Breath of the Wild is not just insanely fun — it’s insanely fun for a long, long time. 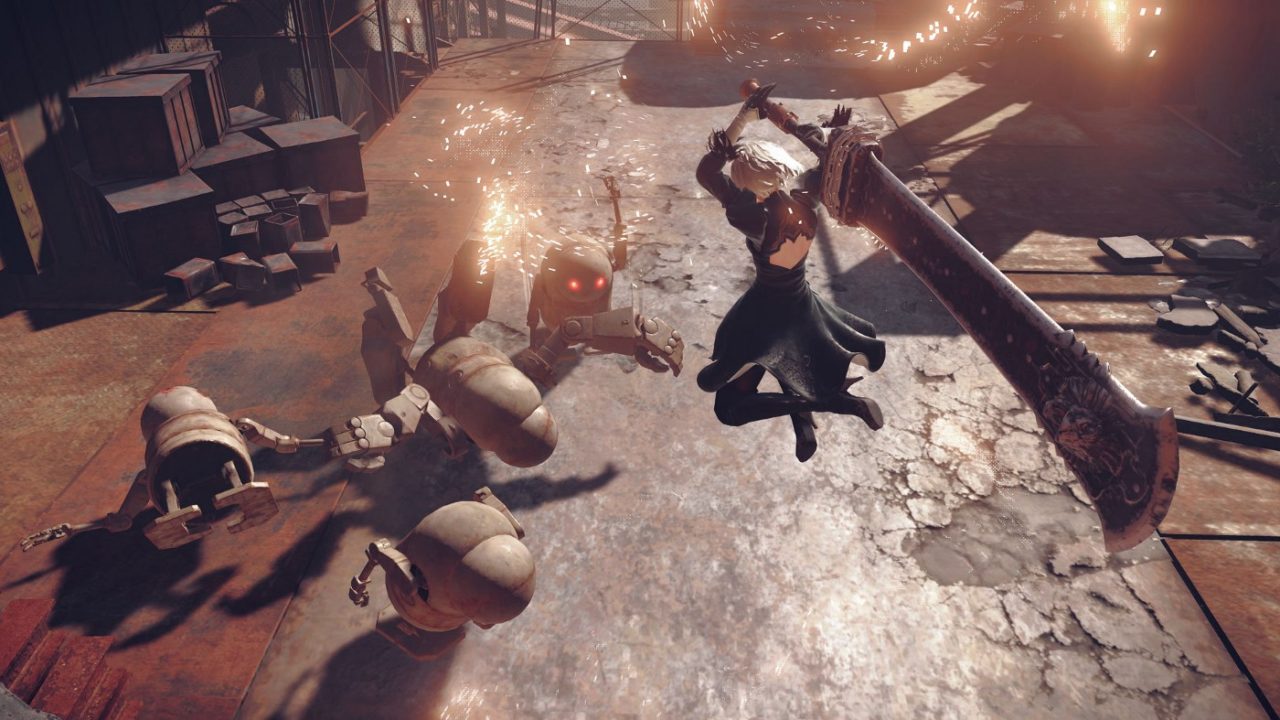 More than anything else, NieR: Automata is weird. In a year filled with open-world, third-person RPGs, however, NieR: Automata’s eccentricity prevented it from flying under the radar, probably because it pulls it off so well. Many games that try to be subversive end up predictable precisely because they don’t know when to play a trope straight, but Automata manages to be surprising and fresh 16 hours in. You enter an arena prepared for a boss fight, and get robots putting on RomeOS and Juli3T. NieR: Automata’s whole deal is leading you to believe something, before changing your perspective (often literally) to reveal that you were entirely wrong.

In a period where a new FIFA game is released every year without any real difference between them, any shred of ingenuity is appreciated, and NieR: Automata delivers it in the best possible way. 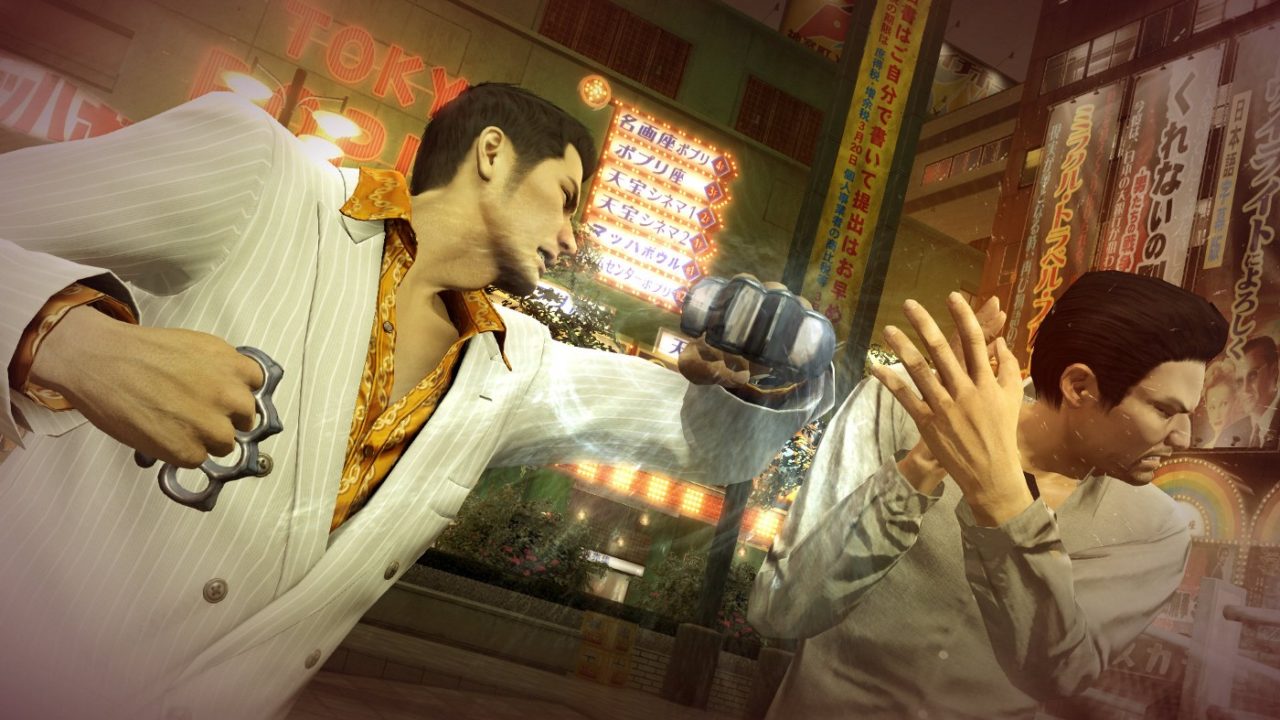 Yakuza 0 was my introduction to this notoriously mental franchise, and it was love at first sight. Joyfully demented tone-swinging writing, fun characters and a fantastic soundtrack make for an absolute blast. Interestingly, shrinking the map’s real estate and packing the game chock full of fun minigames and side activities (Including playable Space Harrier, Super Hang-On and Fantasy Zone machines) creates a more alive-feeling open world than a lot of Western games manage with many times the expanse. 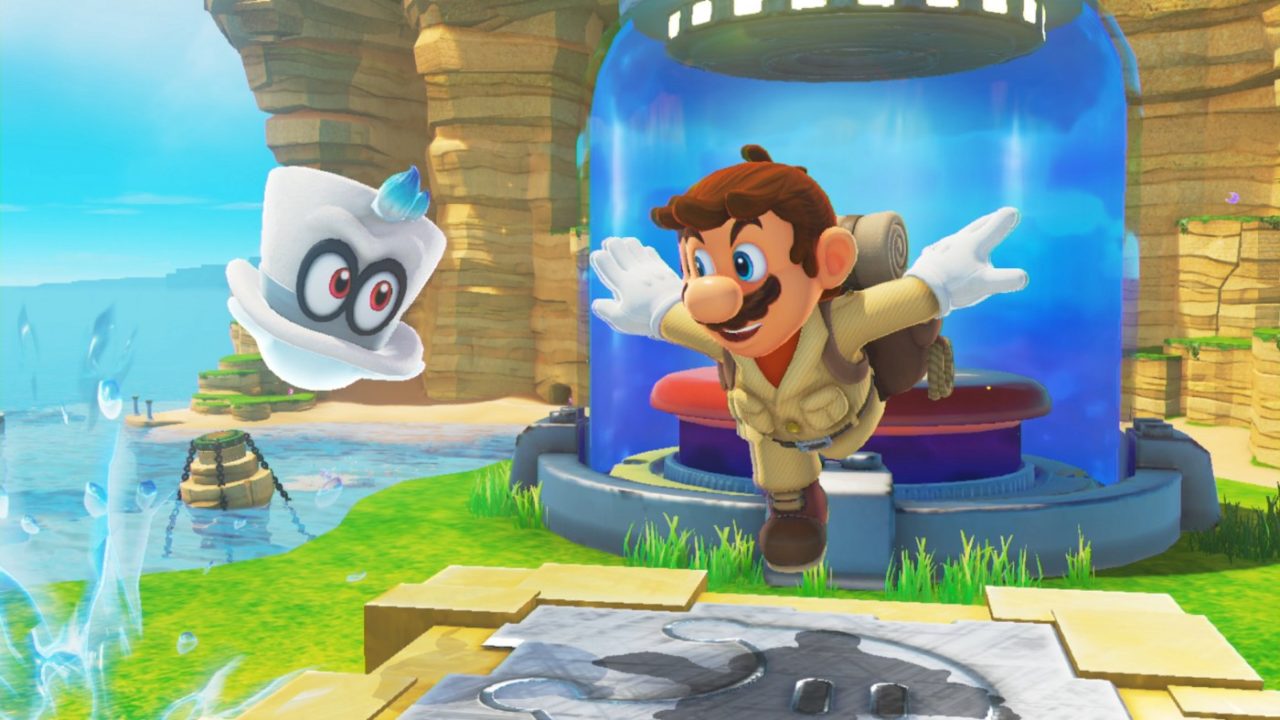 Super Mario Odyssey was the perfect way for Mario and his friends to make their debut onto the Nintendo Switch; it breathed new life into a brilliant series that at times ran on the fumes of nostalgia. Odyssey capitalized on all the Switch has to offer, immersing players in the Mushroom Kingdom like never before and making Mario’s homeland look as gorgeous and captivating as it’s ever been.

The game introduced new mechanics, and an standout new character in Kappy that has left such a memorable impression on fans that they’re clamouring to see more. If anything, Super Mario Odyssey has set a wildy high bar of expectation for new entries into the series — not to mention for other classic Nintendo properties moving onto the Switch — and has certainly left fans impatiently waiting to see what Mario and co. will get up to next. 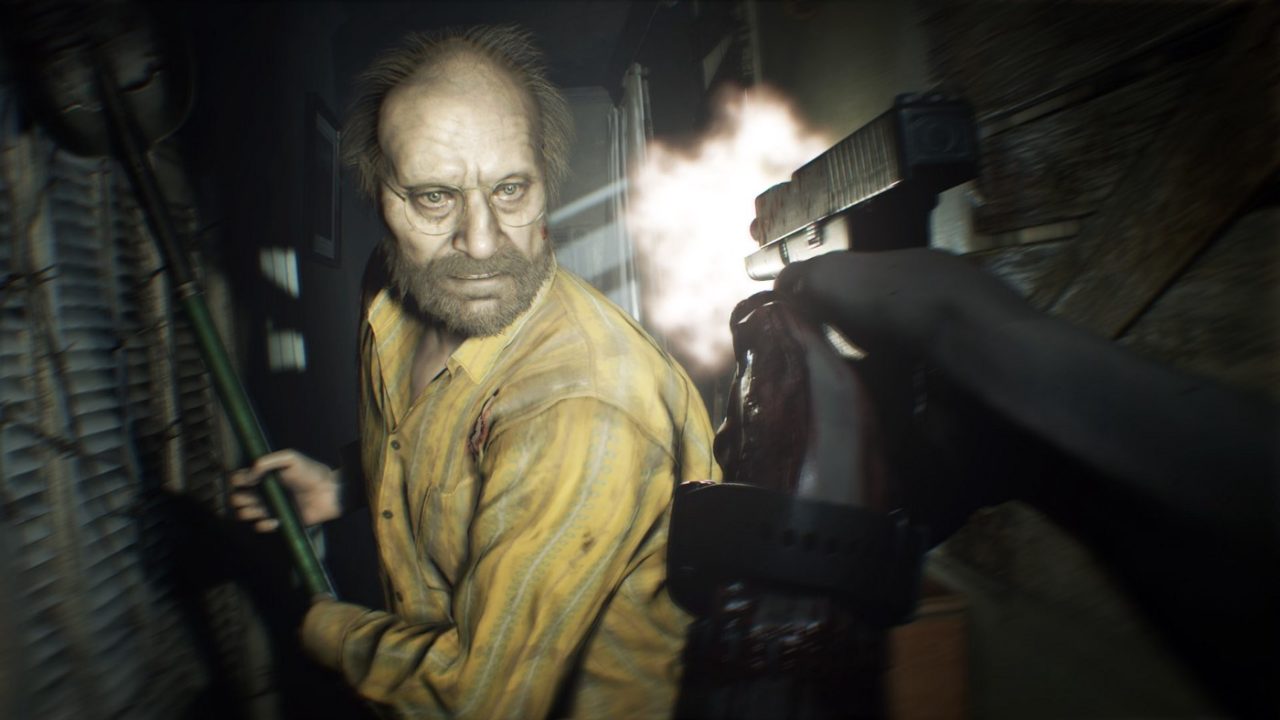 After Resident Evil 6, which played more like a Call of Duty title than the survival horror it was meant to be, it was a true relief to see Capcom taking the Resident Evil series back to its roots with Resident Evil 7: Biohazard. Resident Evil 7 was a game of risks, as evidenced by a first-person perspective as well as a plot and protagonist that strayed from the beaten Resident Evil path. Those risks paid off, coming together to form a truly terrifying experience as Ethan Winters fights for survival against Eveline and the horrible Baker family.

A brilliantly-executed survival horror even before one considers the name, Resident Evil 7’s combination of jump scares, uncomfortable moments, uniquely frightening enemies and puzzle gameplay has nothing short of saved the Resident Evil franchise, and that’s a feat worthy of any Game of the Year title. 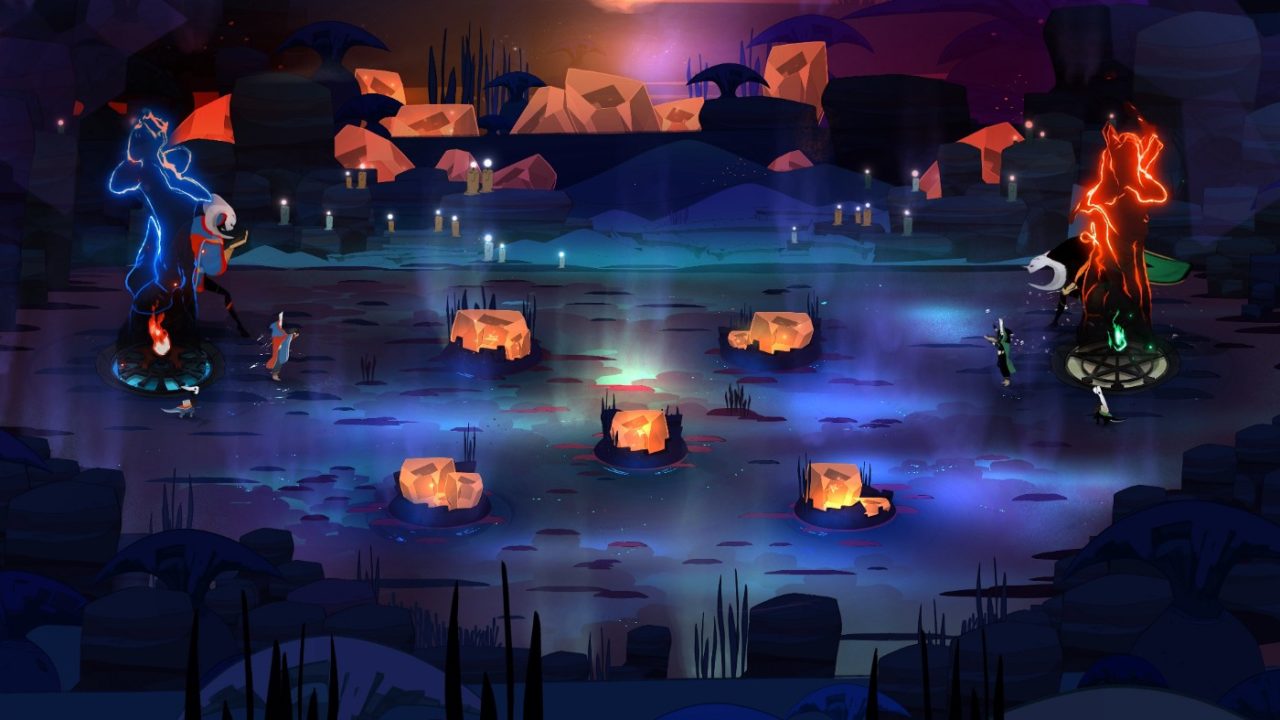 Supergiant Games has quickly built a reputation as a studio that simply doesn’t get games wrong. Its first two releases, Bastion and Transistor, have been two of my favourite games in recent memory (the latter even winning my Game of the Year selection back in 2014) and with each new piece of information it released about Pyre, I became more and more certain that it would blow those two indie darlings right out of the water.

Pyre is an ambitious undertaking, even for a developer as creative as Supergiant is. It’s a role-playing game, a create-your-own-adventure, and a sports title all rolled into a neat little package alongside a few elements from other genres, all complemented by the San Francisco-based studio’s signature art style and sound design. Although that formula sounds complex and easy to screw up, Supergiant has done a fantastic job getting all the moving parts to work together; the result is one of the finest titles of not only this year, but the past couple. 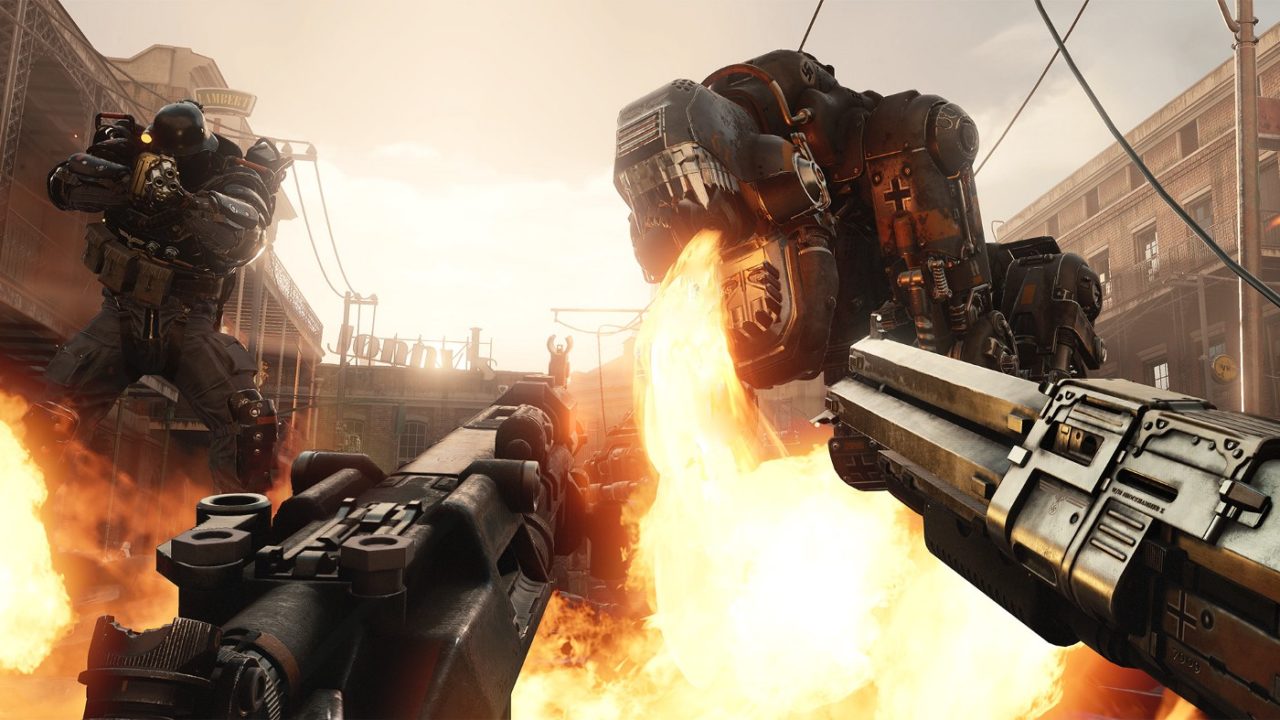 Playing Wolfenstein: The New Colossus was like listening to jazz music. On the surface, there are so many instruments and moving parts at play that the game simply shouldn’t have worked, but there was poetry in its chaos. Full of complex concepts, rich characters and political commentary punctuated with hits of break-neck action and ultra-violence, Wolfenstein may not have the most extensive scope or most original gameplay of any game released in 2017, but MachineGames’ masterpiece was by far the most memorable.

Stock-standard gunplay was more than made up for by some of the sharpest writing and most convincing acting I have ever come across in a video game, highlighted by the clarinet-led argument between B.J. Blazkowicz and New Orleans resistance leader, Horton Boone, who shoot barbs at each other’s political ideologies between swigs of moonshine and rattling gunfire. These interactions made the characters and their growth feel believable and therefore, their plight impactful in a way I haven’t experienced before in a game.

Most impressively, though, while so many studios shy away from taking a political stand to avoid the rage of rabid Twitter eggs, MachineGames looked at the rise of alt-right extremist views, stood up and said “hey guys, remember how Nazis are the bad guys?” A brilliant marketing campaign aimed at tiki-torch wielding losers and Richard Spencer showed the world that MachineGames was not backing down and knew what side of the fence it wanted to stand on, and for that, I applaud it. 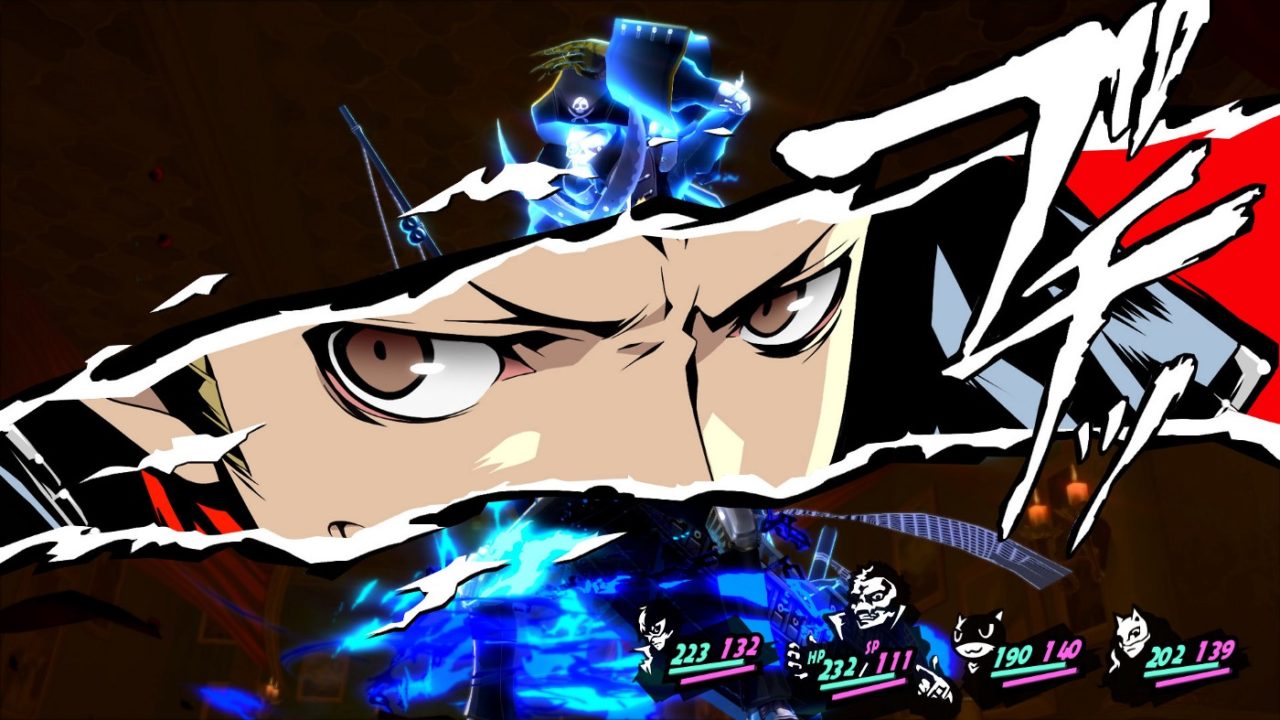 Persona 5 is the first game I’ve played where I consciously paced myself through the story (all 100 hours of it) in order to avoid overloading myself and killing the fun. Although I usually give a game a few hours to get me hooked, Persona 5 did it almost instantly, and it never let up; the only reason I stopped playing after 50 hours is because I couldn’t bring myself to say goodbye to the world that Atlus has masterfully crafted, and it wasn’t until I went back and completed the game that I realised just how close to perfect it actually is.

Boasting a story that is as intriguing as it is unique and complimenting it with exciting gameplay, Persona 5 is unlike anything I’ve experienced in my many, many years as a gamer. I love how Atlus opted to portray the environment and character models in a manga style rather than trying to force the same ultra-realism found in so many other titles, and I found myself listening to the game’s soundtrack daily. Above all of that, though, Persona 5 is easily the best game released this year because it’s done something that no other game has been able to do this year: it has presented a story that is relevant not just to 2017, but to the future.

Given that so many of our staff had multiple games in mind for this feature, there’s bound to be a title or two that we’ve missed; feel free to get yourself involved in our community and let us know your favourite game of 2017!

[…] decade and one sequel later, the remaster of the original Nier doubles as the first official release of the Japan-only […]