Although it’s an action role-playing game at heart, Mortal Shell is best — and most commonly — described as yet another “Souls-like”, a term that’s come into ubiquitous use to describe a gruellingly difficult RPG that focuses on combat and atmospheric exploration. It’s actually somewhat overused these days, a blanket term for any game that doesn’t force-feed you clues, but Mortal Shell does feel like it was very heavily inspired by the Souls series; it does have its similarities, but this Souls-like interprets the formula differently enough to effectively differentiate itself from the crowd.

The 15-person core team at Cold Symmetry announced Mortal Shell earlier this year, with a cinematic trailer and the promise of huge dynamic environments, plenty of weapons to master and collectibles to find, and an array of special weapon abilities and “Shells” to use. That’s exactly what it’s delivered. The game is smaller in scope than many of its stable-mates, owing to its smaller budget and development team, but that actually works to its advantage: everything is just that much more refined. I’ve always preferred quality over quantity, and the comparatively compact Mortal Shell is a heavily detailed and polished experience that shows Unreal Engine 4 off in all its majesty while also demonstrating considerable innovation in the saturated action-RPG genre. 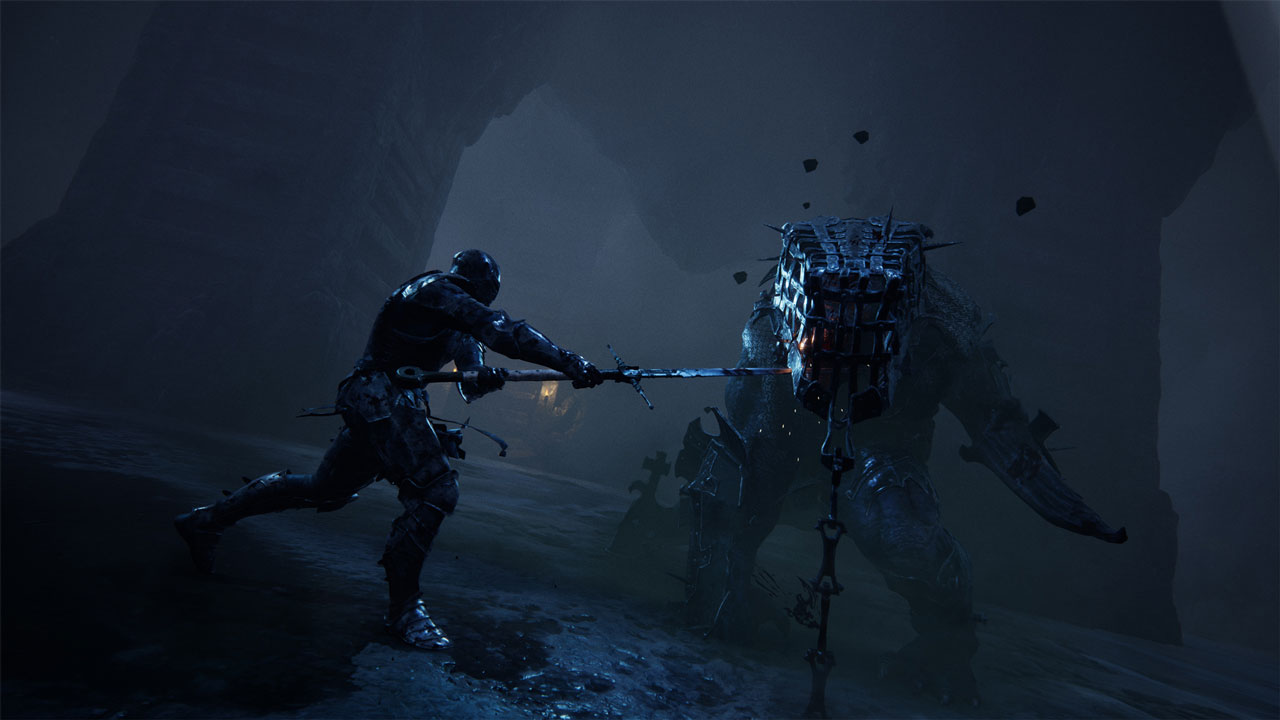 Alright… who let the Lovecraftian murder dogs out?

Mortal Shell revolves around combat and exploration, having the player delve into deep dungeons and climb towering spires of obsidian while fighting off a variety of unique enemies. It sounds like your standard dark fantasy action-RPG fare, but Mortal Shell employs a series of novel gameplay mechanics that work together to make it feel like a new experience.

Rather than collecting a dragon’s hoard worth of weapons, Mortal Shell has you collect only four; of course, each one has an expansive set of Light and Heavy attacks that you can weave together to adapt to any situation. Later in the game, you can upgrade these weapons with special abilities or features, like the pneumatic spike you can hide inside your sword’s hilt and launch at foes for massive damage. Additionally, instead of collecting suit upon suit of armour, Mortal Shell has you collect Shells, discarded NPC corpses that you can possess and upgrade with special passive abilities. I got along famously with Solomon, a Shell whose abilities revolve around generating a resource called Resolve that I could either spend on using weapon abilities or powering up the special Riposte ability that I could perform after parrying an enemy attack, but there’s a number of different Shells to choose from — each one lends itself to a different play style, and each one has its own interesting upgrade trees full of snippets of lore, but many of their abilities simply don’t have too much impact on combat or gameplay.

Another very welcome mechanic that Mortal Shell introduces is Hardening, which allows players to turn their entire body into stone and resist a single enemy attack, no matter how strong it is, at absolutely any time, during any action. This opens up a number of tactical avenues to explore in combat: you can use it while you’re executing an attack to withstand an enemy’s counterattack and complete your own, or you can use it while you’re falling to unleash a devastating area-of-effect attack when you land. Although it’s impossible to deny that Mortal Shell has fewer tools and mechanics on offer than its peers in the Souls-like space, Cold Symmetry has developed everything the game does have to offer to the point where you hardly notice the sparsity due to the amount of tactical variety they create. 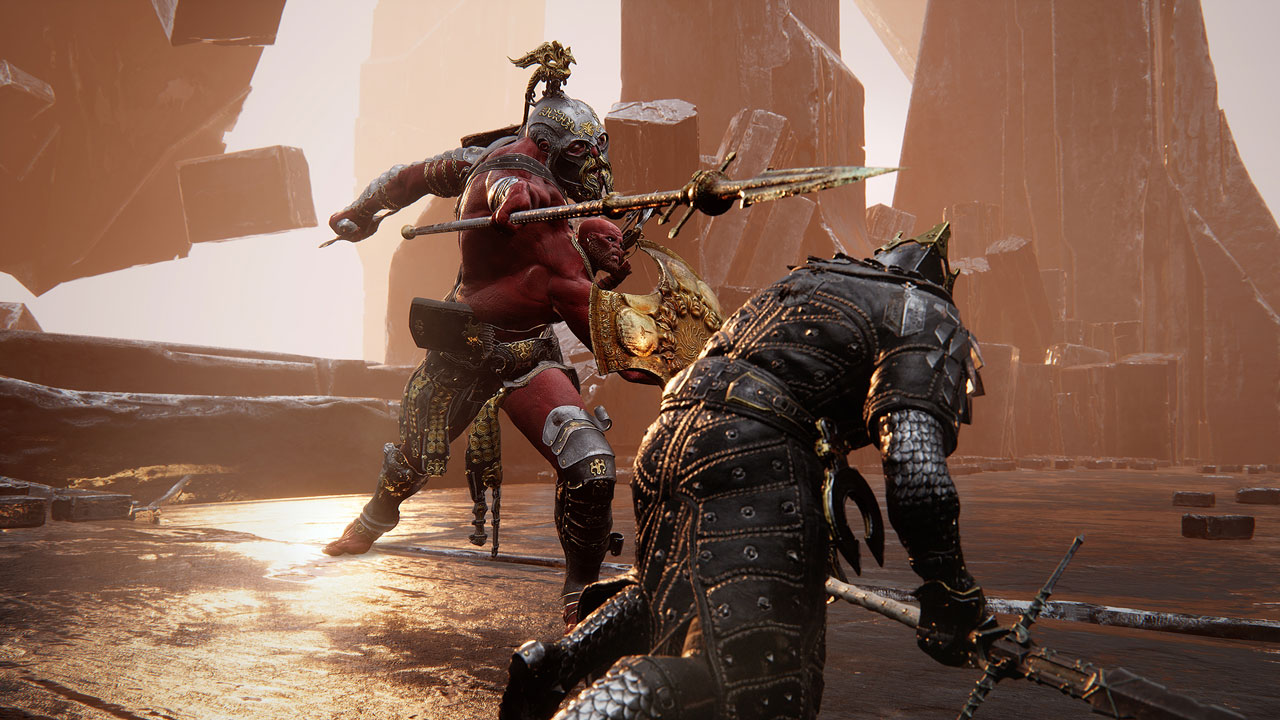 Most importantly for a game of this type, Mortal Shell feels good to play. Provided you’re somewhat familiar with the Souls-like genre as a whole, the core gameplay loop of exploration and combat is well-paced and extremely rewarding — whether it rewarded me with a chest of goodies or a new, powerful enemy to fight, each deviation from the beaten path to explore a different area is time well spent. The combat flows very well, too: Cold Symmetry has implemented the Hardening mechanic so seamlessly that it’s possible to dispatch enemies with a single, flowing combo if you manage your abilities correctly, and the variety of weapon upgrades, abilities and Shells on offer is enough to keep things fresh on the gameplay side of things.

Although Mortal Shell manages to shed a lot of the frustrating chaff that makes Dark Souls so damn lengthy, but there are some remnants of that punishing, gruelling formula, specifically in the final level, which took me around three hours to get through due to its sheer length and number of major enemies to fight; Cold Symmetry seems to have forgotten about its “less is more” mentality in some areas, where you’ll suddenly find yourself overwhelmed with strong enemies in seemingly-endless, repetitive stages. Additionally, the lack of a bonfire-type mechanic combines with the stages’ overall length to be a powerful source of frustration: until you collect a specific late-game item, you’ll have to trudge all the way back to the beginning of each stage if you want to upgrade your weapons or Shells. This frustration comes to a head in a particular dungeon that prevents you from backtracking once you’ve progressed a certain amount.

For a game as incredibly detailed and refined as Mortal Shell is, it’s a shame to note that there is a distinct lack of variety in both environments and enemies: the bosses you’ll face only have a handful of different moves, each enemy only has a couple of attacks, and each dungeon only has a few different types of enemy running around. When you compare Mortal Shell’s rogues gallery to the expansive menageries to be found in the Souls games (and the genre they’ve spawned), and consider just how long some of its stages are, this is one area where Cold Symmetry dropped the ball. 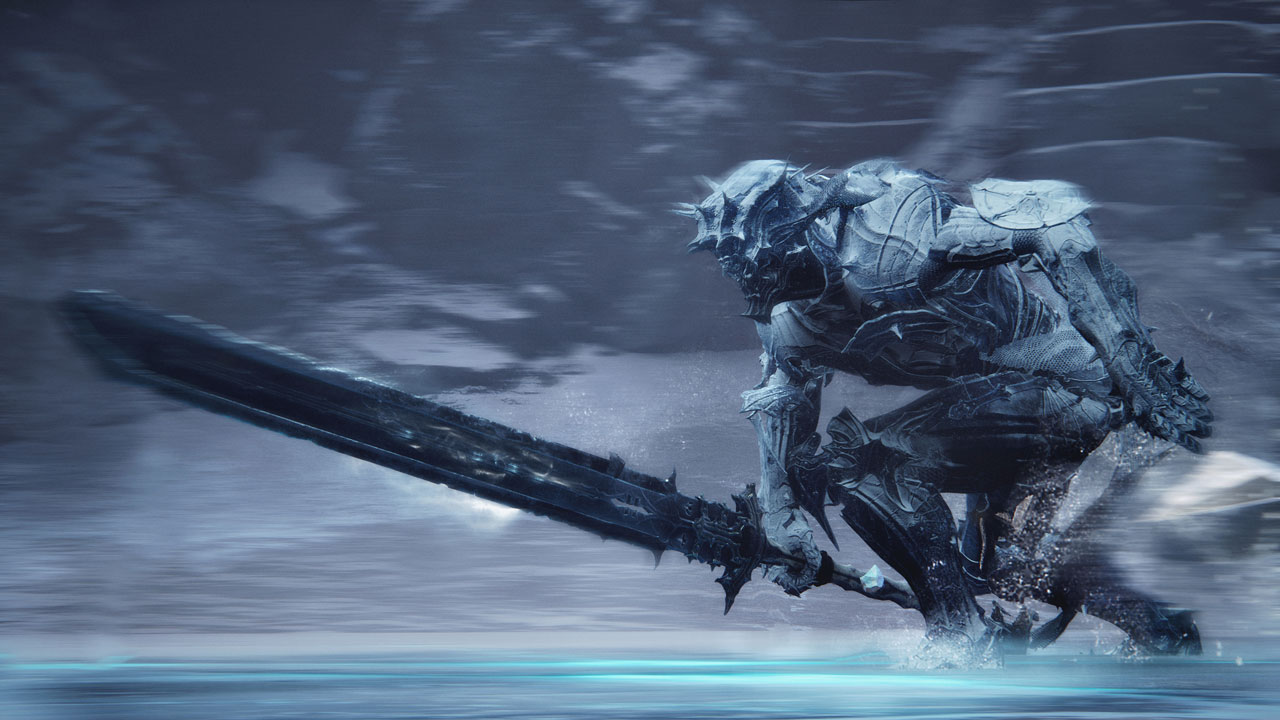 Ah yes, the Ice-skating murder knight… a staple of any dungeon.

Those concerns aside, though, Mortal Shell is a fantastic release. It makes no secret of its inspirations, but Cold Symmetry has combined those common Souls-like elements with just enough innovation to separate itself from the pack. A couple of stages push into overlong territory, but as a whole it’s a great game for those who want a Souls-like experience but don’t have the free time to pour into an actual Souls title.

Mortal Shell takes the best elements of the “Souls-like” genre and refines them into a compact game that doesn’t overstay its welcome.

[…] brought us a review of tough-as-nails fantasy RPG Mortal Shell, calling it “a great game for those who want a Souls-like […]

[…] Souls is the originator of the loose “Soulsborne” genre of action-RPGs. While other developers have tinkered with the formula, FromSoftware’s own are characterised by challenging gameplay with sparse world-building and […]