A big year for Nintendo, with even bigger things coming to Switch things up in 2020

My game of the year: Super Mario Maker 2

Super Mario Maker 2 was, and still is, an absolute gem of a game. I never owned a Nintendo Wii U, and as such never owned the original game, however the Nintendo Switch update/port/sequel has most certainly proved its worth in my eyes. I know that Luke has already discussed so much of what makes Super Mario Maker 2 an amazing game, so I’ll try to keep it brief!

If nothing else, Super Mario Maker 2 has introduced a significantly larger crowd to 2D Mario than the original game did on the Wii U. As of September 30, 2019, Super Mario Maker 2 had sold nearly as many copies in three months as its predecessor had in over four years; which is realistically unsurprising considering the sheer number of Nintendo Switch units sold, particularly in comparison to the Wii U. As a result, the community-driven game has consistently felt fresh and updated, even in the lulls between patches — both of which have introduced even more new content and ways to play. I’m still mastering the new Link costume from The Legend of Zelda, and I’m not particularly good at fast platforming in the “Ninji Speedrun Mode”, but every new game style, item and gimmick continues to exponentially increase the lifespan of the game. There are always new levels to play, new exploits being discovered and new players to battle it out with in the multiplayer race mode. I have shamelessly sunk well over 200 hours into this game, and I am sure that my copy of Super Mario Maker 2 will continue being a star player of my Nintendo Switch library in 2020.

Honourable mention: Pokémon Sword and Shield
It was a really tough call for me to make between Pokémon Sword and Shield and Super Mario Maker 2 for the top spot; I have been in love with the Pokémon franchise for literally as long as I can remember, and I was eagerly awaiting the release of the eighth generation, ready to explore the Galar region with a whole new team of creatures. Despite the controversial National Dex cut (which I personally agree with for competitive gameplay balance), I absolutely adored playing through Pokémon Sword, learning more about the phenomenon of Dynamaxing, cooking curries in my “Pokémon Camp”, and putting more hours than I care to admit into exploring the Wild Area with friends, trying to find either an elusive Gigantamax or “shiny” Pokémon. Similarly to Mario Maker, I have also thoroughly enjoyed the updates The Pokémon Company has already added to the game, especially introducing the Gigantamax version of Snorlax into the Max Raid Battles. I am eagerly anticipating the future of these updates in 2020 too, with a number of Pokémon found in the game code, but not in the gameplay itself. 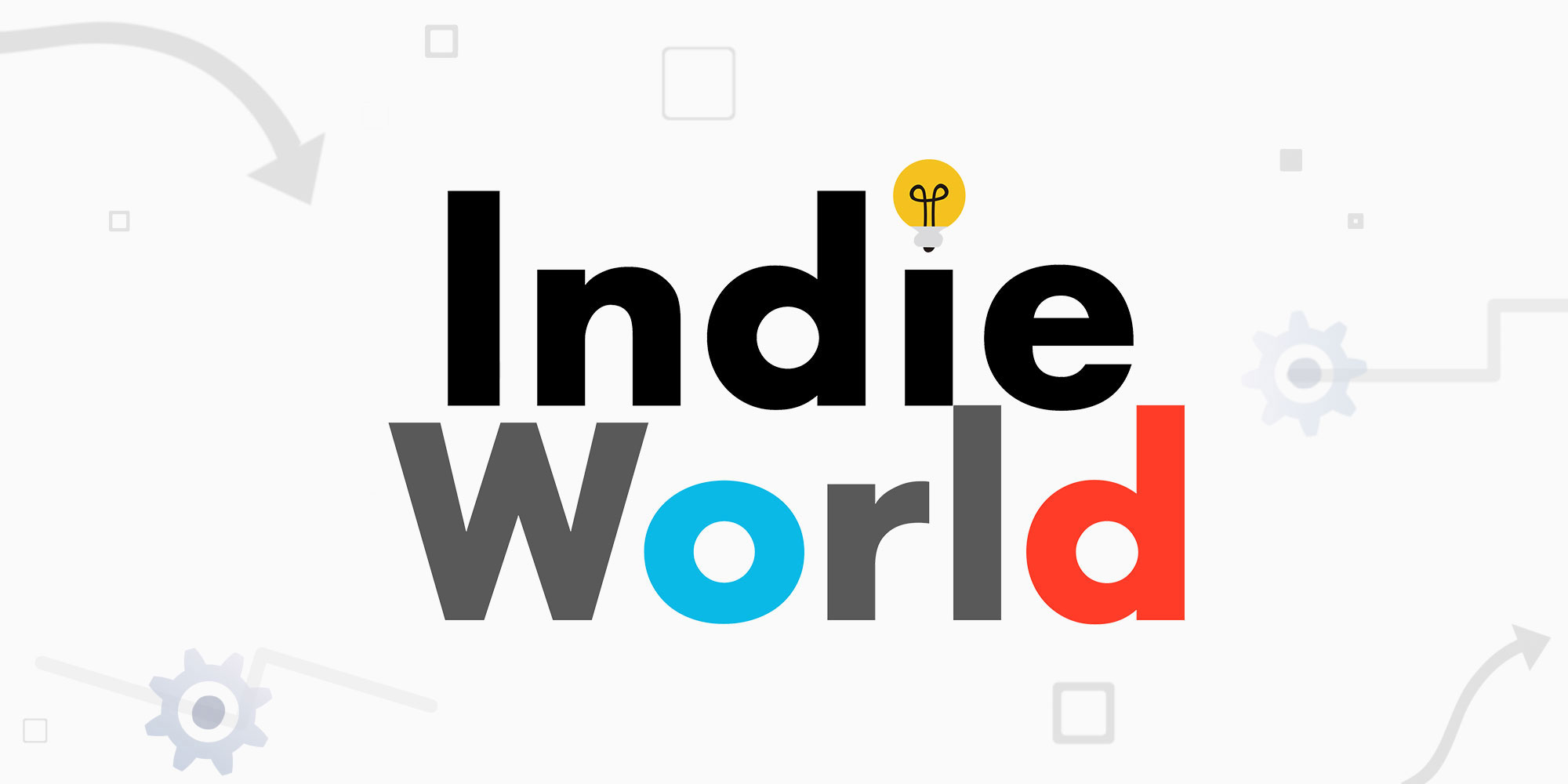 Hit: The Continual Growth of Indie Games on the Switch eShop
The subheading really says it all: I’m thrilled to see how well smaller, indie titles are performing on the Nintendo Switch. Many of the games which I enjoyed outside of major releases were such titles, perhaps the most notable being Untitled Goose Game, which I still enjoy going back to every now and again despite its short storyline, and Cuphead, which, although being ported from older consoles, was a lot of fun to play on-the-go. Nintendo’s somewhat regular “Indie World” showcases were a welcomed addition into what was otherwise a fairly quiet year for Directs and news, and it continues to get me excited about the future of smaller game developers and what they can come up with.

Miss: The Backlash, Controversy and Utter Tantrums surrounding #dexit
In case you’ve been living under a rock and didn’t read the first half of this article, Pokémon Sword and Pokémon Shield do not include a National Pokedex, and only house a collection of roughly 400 of the existing 890 Pokémon which are available across all games. As I’ve previously stated, I personally have no issues with this change, and as a result, I found myself discovering a whole new range of Pokémon to capture and train; however, I can see how some people may have been disappointed with the announcement, particularly when it was made during a demonstration of what now appears as rather beta-gameplay, and I ultimately do not condemn anyone for wanting to vocalise their opinion. However, what really got my Gogoat, if you will, was the number of petitions, spamming of hashtags such as #dexit and #bringbacknationaldex, incessant whining and even direct threats to game developers; with generally no room to have a healthy discussion on the topic. It was truly a shame to see a community which I have proudly been a part of for most of my life in such shambles, however I’m glad to see that most of the vocal negativity has died down since the games’ release. 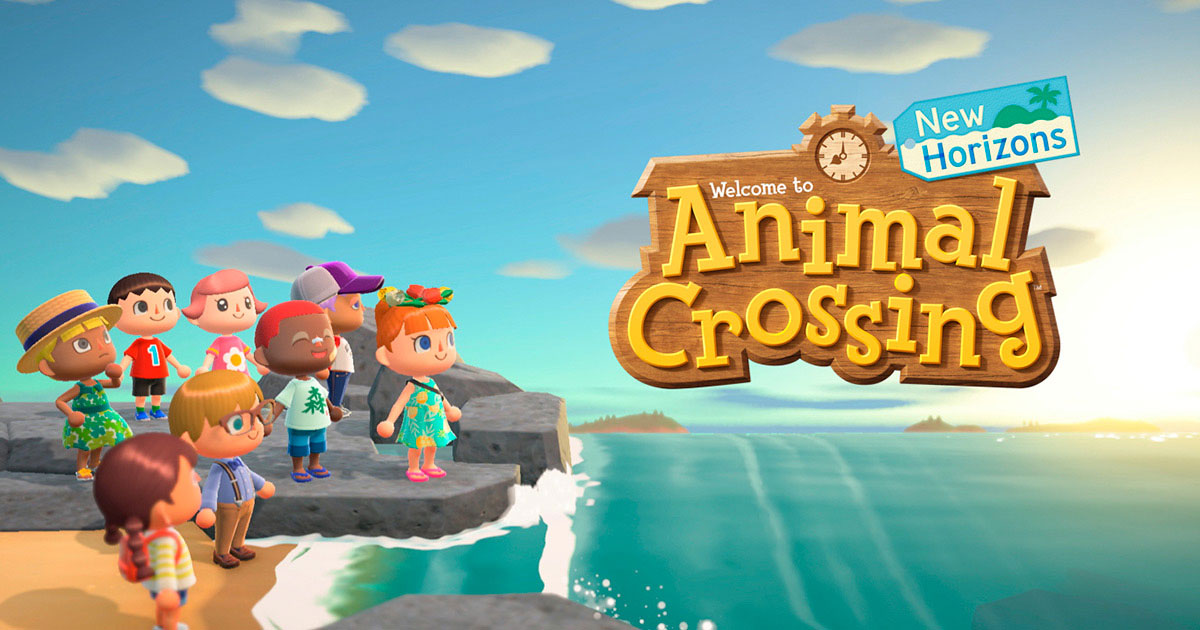 Animal Crossing: New Horizons
Although I haven’t really gotten into the Animal Crossing franchise in previous years, I have always enjoyed a good sandbox game which gives me relatively free control over how I wish to play. After seeing the trailer, I like the casual appearance of this game; it appears to be a game I can just as easily play for 10-15 minutes where I can, as I can dedicate hours of my life to at a time. I’m also hoping that such a title may also bring a new special-edition Nintendo Switch or Switch Lite console — if I’m being completely honest, I doubt that I’ll actually buy it myself, but if the Pokémon Nintendo Switch Lite is anything to go by, an Animal Crossing edition could look absolutely stunning!

What’s new for Pokémon in 2020?
Would I even be a real fan of the franchise if I didn’t discuss Pokémon for the third time in this article?

In recent years, The Pokémon Company has made a habit of releasing new Pokémon titles annually, something I appreciate far more than my wallet does. Since 2016, we have had a new Pokémon title to play each year, unsurprisingly around the Christmas release period. However, rather than a sequel to Pokémon Sword and Shield, The Pokémon Company and Game Freak announced in their 2020 Direct that their most recent titles would be treated to two updates later this year, with players able to purchase an “expansion pass” that include two new areas to explore, new storylines and characters, and, by the end of the year, and extra approximately 200 new creatures added into the game; it should be noted, though, that this is not keeping Pokémon behind a paywall, as players will still be able to import or trade these newly added Pokémon without purchasing the Expansion Pass.

With this announcement, it would seem that we are unlikely to see a new Pokémon game released for the holiday season, however I’m still hoping for the elusive remakes of the generation-four games, Pokémon Diamond, Pearl and Platinum; nevertheless, I’m really looking forward to exploring some new areas of the Galar region later this year!

Wait… there’s still more Pokémon to talk about?
To replace the Nintendo 3DS Pokémon Bank service, which allowed users to transfer their favourite monsters between Pokémon games and generations, Nintendo and The Pokémon Company announced in May 2019 that their new cloud-based service, Pokémon Home, would be arriving on Nintendo Switch, iOS and Android devices in “early 2020”, which has since been confirmed in the most recent Pokémon Direct to be at some point in February. It’s already been confirmed that the new service will include th3e ability to trade Pokémon (I’m hoping much like the Global Trade Station of previous generations), but I also don’t think that it’s too unreasonable to assume that there is even more to come with Pokémon Home — for example, we may see more minigames like the Pokeathlon from HeartGold and SoulSilver, or even a multiplayer battle function, especially on the Switch version. No matter what, I’m excited to see if and how this new service rectifies some of the issues in Sword and Shield!

That’s games, but what’s next for the Nintendo Switch itself?
2020 is due to be the year of rebirth for the PlayStation and Xbox, with the PS5 and Xbox Series X both slated for release in the holiday period, both of which are boasting to have significantly better performance and graphics than their predecessors; which begs the question, what, if anything, will Nintendo be doing?

The release of the Switch Lite saw nearly two million sales worldwide in the ten days it was available in the financial quarter, proving to be a much more affordable, accessible version of the Switch for those who aren’t particularly fussed about removable Joy-Cons or the ability to play games on TV. I’m hoping that Nintendo has plans in the works to release a third version of the Nintendo Switch, one which is more powerful, perhaps has a higher-resolution handheld screen and significantly better battery life. It certainly doesn’t need to be anything with specs comparable to Sony and Microsoft’s new releases, however I can see a new iteration in the Switch family being extremely successful in the coming year.

I have always been, and will probably continue to be a Nintendo-focused video game player for many years to come; I really only use my Xbox One for Netflix and GTA 5, if I’m being completely honest.

2019 was a solid year for gaming, and more specifically Nintendo; there were a few potholes in the road, namely #dexit and more Joy-Con drift issues, however the positives definitely outweighed these negatives, many of which I did not discuss in this article. If I had all the time in the world, I would have discussed games such as Luigi’s Mansion 3 and the unexpected joy that is Ring Fit Adventure. I didn’t even touch on the hype surrounding the teaser for a Legend of Zelda: Breath of the Wild sequel, or the addition of both beloved and perhaps lesser-known Super Smash Bros. Ultimate DLC fighters. 2019 was a big year for Nintendo, which laid many of the foundations for an even stronger 2020.

I can’t wait to see what Nintendo has in store over the next twelve months!