Doublejump is an independent Australian publication focused on providing top-quality coverage of the worldwide video game industry through feature articles and editorials, industry interviews, convenient news Digests and thoughtful, insightful game reviews. Our volunteer staff is an eclectic mix of enthusiasts who enjoy everything from multiplayer shooters to JRPGs and mobile titles, and have all come together to celebrate their passion.

If you’re interested in supporting Doublejump’s growth and mission, you can do so by: 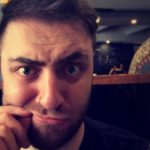 Editor-in-Chief: Jake Colosimo
Doublejump’s Editor-in-Chief is an extremely passionate, ridiculously competitive person who credits video games with getting him through a lot of the challenges he’s faced in life, and who started Doublejump to try and break the stigma that inexplicably surrounds the medium. 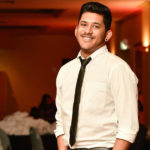 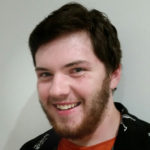 Cai Holroyd
A journalism student, pop-culture enthusiast and semi-rogue outlaw with a passion for classic science fiction, 3D platformers and Buffy the Vampire Slayer. He’s also in a co-dependent relationship with sleep deprivation, although neither of them want to admit it. 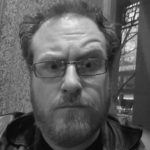 Cav Gallagher
Cav is a playwright and freelance writer who has been published in Grok, Whingeing Pom and Metro magazines, and spent time as the Games Editor at CHUD.com and now co-hosts the There Will Be Geek podcast. He’s been a committed gamer since 1980, which makes him the Danny Glover of Doublejump. 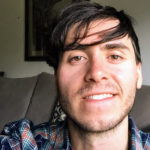 John Reeves
John is a Perth-based writer who likes picking games apart with words. No matter the game, he explores how they weave interactivity, ambition and design into a unique work of art. It’s tough, pretentious work — but he’s getting pretty okay at it. 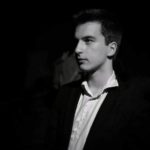 George Karapetsas
George is a psychology student who also pursues interests in writing and the performing arts. He fell in love with gaming when he picked up a Nintendo DS for the first time, and he has come to Doublejump to combine his love of gaming with his love of writing and telling stories. 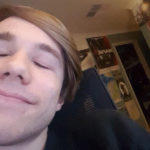 Harry Kalogirou
Harry’s been gaming for as long as he can remember, and the only thing he enjoys as much as playing them is analysing them critically. As an aspiring games designer, he tries to play most major releases, but constantly finds himself going back to DOOM (2016) and Destiny. 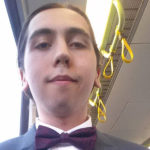 Kristian Bouboukis
Kristian is a journalism student who joined the Doublejump team so that he can tell the personal stories of those working behind the scenes of the games industry and discovering why people connect with video games so intimately, with a focus on the local independent scene. 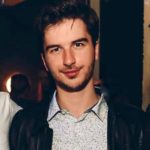 Luke Karapetsas
Luke is a gaming enthusiast with a passion for all things Nintendo. He has clocked many hours on his 3DS, Switch and Wii, most of them focusing on strategy gaming, puzzle solvers and RPGs. His greatest gaming rival is his twin brother, George. 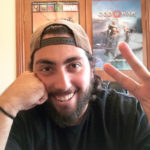 Matthew Arcari
Matt is an aspiring entertainment journalist who loves all things games, TV and film. He aims to write about games as a way of discovering and informing the public of the power and importance that games hold in our society as a valid way of depicting beautiful imagery and telling powerful stories. 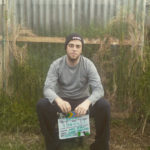 Simon Sleiman
The first person to stream from Doublejump’s official Twitch channel, Simon is an accomplished independent filmmaker who won an official selection at the Setting Sun Film Festival at age 17. Outside of film, he’s had a passion for video games since he was a child; just don’t get him started on how good The Warriors was. 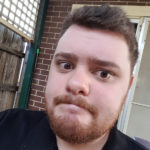 Ty Shortis
Ty is a wannabe writer who plays far too many video games (by his own admission). He’s been a PC guy from the very beginning but has recently diversified into the console world with a PS4 and a Nintendo Switch, and he’s not looking back. When he’s not playing far too many video games, he’s making pizzas. It’s “nowhere near as awesome as eating it”, but it’s still pretty cool. 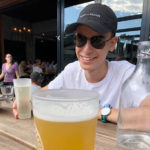 Zack Goutzoulas
Zack is an arts student who came to Doublejump to combine his passion for writing (his dream job) with his love of video games. Zack enjoys all things fantasy — from your classic swords and sorcery to more modern urban fantasy — and his background in community radio has allowed him to cultivate the fine balance between information and humour that he aims to bring to Doublejump. 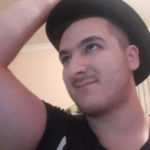 Lucas Gogos
Lucas is a games developer, degree graduate and enthusiast who lives and breathes video games with a major focus on lore, character building and environmental design. When he’s not gaming, he’s cosplaying, editing videos, managing the Doublejump Discord server, reading a good book and/or cracking a bad pun.

Although Doublejump simply would not be possible without the wonderful staff listed above, we must make a special mention of our Patrons, whose generosity and confidence in our project is helping us keep the dream well and truly alive:

We would also like to thank those who have contributed to Doublejump in one way or another since its return in November 2016, be it as a staff member or as a guest:

If you’re interested in getting involved in the Doublejump project, please feel free to check out our Classifieds and get in touch if you think you’re the right fit!