2020… 2020 has been a year hasn’t it? I think the most positive thing I can say is that due to being at home I’ve actually booted up games I purchased ages ago but never really had the time to play. As a gamer I don’t tend to chase releases, I get to things when I find them and I’m not generally going to be lining up to get the newest hotness on release day. That was for young Lucas, in the before times of being a teenager and not a grumpy old man in a nearly-30-year-old’s body. I did have a few hits in gaming for 2020, though, as well as a few grumpy old man moments, so let’s plunge in.

My game of the year: Crusader Kings III

I’m not overly a fan of new releases, if I’m being honest. A lot of the games in the genres I like rely on a maturing effect, by which I mean that on release, they tend not to be the masterpieces they have the potential to turn into. While rough around the edges, Crusader Kings III surprised me pleasantly. It’s not as in depth as its direct predecessor Crusader Kings II (as to be expected when the previous entry in the series is almost a decade old), but I’ve been falling in love with the feel of it. I could write a whole series of articles on my current playthrough (and probably will if management is okay with university essay length waffling on my part), but the main takeaway is that Paradox made a very immersive game where I can rule just my little county in Ireland or try to take over the world in a dynasty spanning continents.

With new mechanics like dynastic control, where you can lead your branch of the family to be the strongest and deciding the fate of the others, or the addition of knights to lead your armies and act as force multipliers, there is a lot to like about the game. The religious formation mechanic is one that I’m eager to try out, and Paradox has definitely built well upon the lifestyle focuses present in Crusader Kings II.

Of course, like many Paradox titles, Crusader Kings III is a bit rough around the edges. A super stable Byzantium that isn’t very fleshed out with Imperial mechanics at present makes gameplay in the empire less interesting, but as a veteran of Paradox games I know an expansion will eventually fix that. Some people understandably have an issue with Paradox “fixing” its games with paid DLC, and I can respect that, but due to the studio’s track record I personally don’t mind it that much — mostly because if you break it down, the ratio of hours enjoyed to money spent is usually pretty good. That, and the expansions usually release alongside a score of freebies; you just don’t get all of the new mechanics unless you buy the whole thing. I look forward to the game entering its maturing phase, and giving me the thousand hours of fun its predecessor did. You can definitely expect review articles as DLCs drop.

While technically two games, these entries in the Hitman franchise form a contiguous whole, so I’ve decided to put them together as one item. Obviously they weren’t released this year, but as I’m pretty much the poster child of patient gamers this year is when I first played them. Overall they’re brilliant: 47 is back and hitting targets with lethal efficiency, in crisp high definition graphics. I love that the levels have gone back to the open-world style of Blood Money, rather than the linear progression of Absolution. The story is also relatively compelling, with 47 tracking down a global conspiracy and a rival who knows him better than 47 knows himself. I can’t say that I’m a huge fan of the limited-time Elusive Targets being locked out for people who came to the game later than others, but as far as gripes go I don’t have too many about these entries in the series. I do have some gripes about the future of the series, but that’s for the next section. 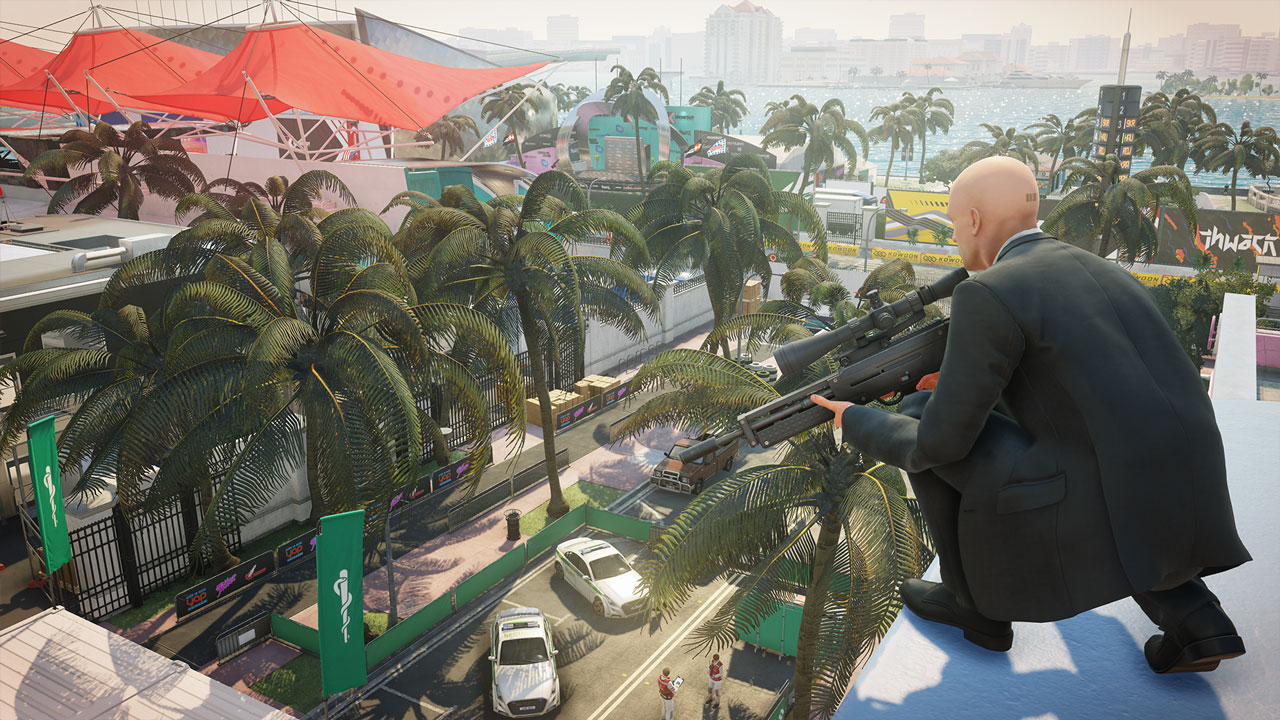 This right here is where I’m getting my grumpy old man out. Like a decent chunk of gamers, Epic Games isn’t my favourite company in the world. By handing out what is essentially bribe money, the company is pulling games onto its own “storefront” with timed exclusivity deals. Let’s be honest, as well: calling the Epic Games Launcher a “storefront” is being pretty damn generous given that it doesn’t even have a shopping cart function or allow for reviews. Add to this the fairly-regular security breaches that Epic has had to deal with and my lack of confidence in that particular studio — and thus my lack of any desire to buy from it — has left me deciding that I’ll be giving Hitman 3 a miss until it comes out elsewhere.

Hit: Evil Genius 2 getting back on track

Digging up an older game from time to time is great, and earlier in the year I dug up Evil Genius; a cartoonish game that somehow manages to be a parody of James Bond and Austin Powers and also not relegate itself to a whacky gimmick that you’ll get tired of a couple of hours in. I enjoyed my latest playthrough as much as I enjoyed it when it was released, so you can imagine how pleased I was to see that finally Evil Genius 2: World Domination is back on track after COVID shut things down for a while. I’m eagerly awaiting what Rebellion Developments comes up with, and I look forward to constructing many an underground lair.

Hit: The original Mass Effect trilogy getting a remaster

I’m definitely looking forward to running Paragade Shep through this universe again, punching Udina, abandoning whiny Carth (I could write an essay on why Kaiden annoys me more than Carth ever did, but I digress), kicking mercs out of windows… Let’s just say I have positive feelings about this announcement. 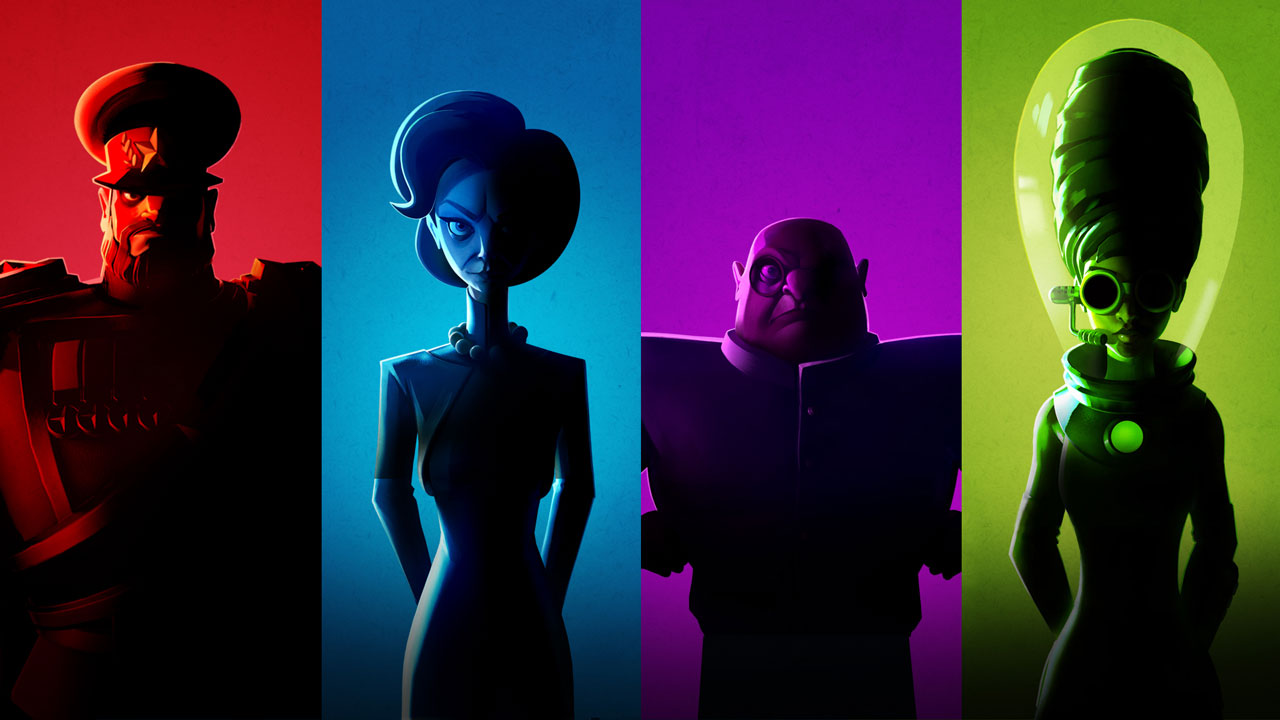 As I gushed about in the previous section, I’m very much looking forward to the new installment in a game franchise long thought abandoned due to the copyright being in legal limbo. I can’t wait to break out Max, or play as the new incarnation of Red Ivan as voiced by Brian Blessed. I’m going to grind Agents of Justice into paste and you better believe I’m building a hotel to keep those pesky tourists away from the underground lair. Henchmen… assemble!

Mass Effect, in my opinion, has one of the best stories in gaming. While a lot of it is derivative of other parts of the sci-fi genre, BioWare put a lovely spin on the franchise with its excellent world building. Now of course, the studio didn’t get it all right (I point you to the Star Child) but as a series it’s something I keep coming back to on the regular. I must say getting all of it in Ultra HD — with hopefully a few quality of life changes to make things a bit smoother — has me looking forward to 2021 gaming.

A passionate fan of both the grand strategy and espionage genres in videogames, Lucas is a gamer who loves figuring out just how far he can push a game's limitations. Though now he tends to dedicate more time towards pushing through his tabletop hobby backlog, he'll always find time for a classic video game.