Nothin’ but backlog, and also nastiness

Not only did I focus almost purely on my backlog this year, my backlog was made up of a lot of 2019 games; a year earlier and I’d be totally set. Even while playing almost no 2020 titles at all, though, it was an exciting year for folks who follow games, packed with acclaimed releases in the energetic build towards November’s new next-gen consoles.

On the flipside, however, 2020 was also a trying year as both a human and as someone who keeps up with the industry, filled with all sorts of horror stories from developers and fan communities. I’ve only listed a couple of them here – it’s not like they’re hard to find or miss if you’re interested – but this year was as depressing as it was aggravating, to say the least.

Then there was all the other stress-inducing garbage outside of video games throughout the year. That wasn’t much fun, either.

Hades is a very good game and I genuinely believe it’s earned a top spot amongst the crop of extremely impressive games to come out of Hell Year 2020 — I won’t be the only one at Doublejump who thinks so — but the thing is, Hades wins this specific list by default because I didn’t actually play anything else that was released in said Hell Year (aside from my single Honourable Mention). Even Hades feels debatable since it was released as an Early Access title in 2019.

Nevertheless, Hades is amazing in every respect. It’s like a Supergiant Games All-Stars title after nearly a decade of compact, critically-acclaimed releases. It recycles almost every mechanic and idea from Supergiant’s three previous games – Bastion, Transistor and Pyre – with more content than all three put together, then dresses it up with a dazzling, whimsical and sardonic take on Greek mythology. Hades is also one of the smartest and most accessible roguelikes – or “roguelites” – ­that I can remember. It’s an incredible achievement all-round.

Entries in Jupiter’s long-running Picross series are like fat virtual picross books that cut out anything that can possibly get in the way between you and those sweet puzzles, streamlining the process as much as possible on a visual, technical and gameplay level. The UI is sleek and stylish without getting in the way of the puzzles themselves – which sounds simple but any knicks on the experience would stand out harshly – and there are options that let you control how much help the game gives you during a round. There’s a ton of content, too, at least in Picross S4, one of two picross games that Jupiter released on Switch in 2020 (Picross S5 released in November).

On one hand, I listed Picross S4 here in the Honourable Mentions section because it’s one of just two games I played during 2020 that was also released in 2020, and I didn’t have anything else to list. On the other hand, I can’t remember the last time a video game — even though it’s just a bundle of picross puzzles with Switch controls — was so exactly what I wanted from it. Thanks, Jupiter. 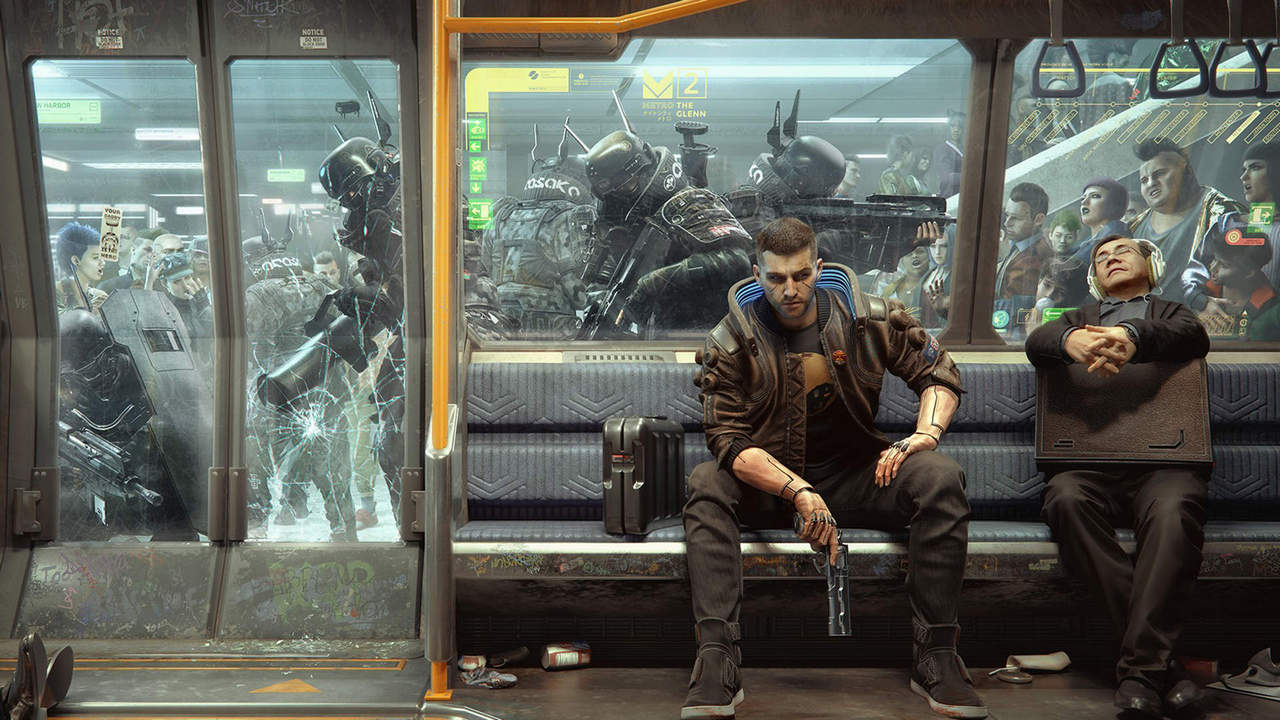 From the biggest game of 2020 and the last several years comes a whole lot of transphobia and crunch.

For more information on the company’s transphobia, you can read up on our own article that breaks it all down. The long and short of it is that CD Projekt RED has routinely dismissed, disregarded or outright insulted the trans community over the last two years, but especially in this year’s build towards the launch of Cyberpunk 2077. It’s a problem that should have been addressed but hasn’t and seemingly won’t be.

There’s also all the crunch outright forced on studio staff, pushing developers to overwork themselves to make up for the higher-ups’ mismanagement, all in the pursuit of profit at the starting line of next-gen. It’s not like the company’s wasting away or anything and absolutely needs to grind through their workforce for the sake of the company’s future; the people in charge just don’t care, whether it’s about trans people or its own employees.

In June, Ubisoft came under fire for harbouring and protecting numerous higher-ups across several of its worldwide studios, including at its HQ in Paris, France. Across the dozens of allegations, particularly from women who either currently or formerly worked at the company, they included an shockingly high number of senior staff members including Andrien Gbingie (product and brand manager), Tommy François (vice president for editorial and creative services), Maxime Béland (vice president of editorial), Serge Hascoët (chief creative officer), Yannis Mallat (director of creative studios), Cécile Cornet (global head of HR), potentially Rayman and Beyond Good & Evil director Michel Ancel prior to his departure in August, among others both named and unnamed as part of the company’s widespread ousting following their internal investigation.

Many of them worked directly under Ubisoft CEO Yves Guillemot, who claimed that he didn’t know about any of it. While this lines up with the company’s HR department being described as a “wall” that knowingly prevented allegations from progressing further, it’s hard to stomach Guillemot remaining in his position as CEO while promoting his cousin Christophe Derennes, a long-time executive and member of Ubisoft’s “old guard” who likely turned a blind eye to the studio’s toxic culture, to head of Ubisoft Montreal. So far, there’s little reason to think that figures like Derennes will do anything but preserve a culture where one-in-four employees either witnessed or experienced workplace harassment.

It’s never a surprise to hear these sort of stories come out of the (white) boy’s club that is game development, but it’s always – and increasingly – disappointing to hear them over and over again, especially at larger companies like Ubisoft whose scale allows these behaviours to fester and rot for years.

The game industry needs to change, whether that’s through unions or just more active-minded consumers willing to come down harder on their beloved corporations. Hopefully we’ll see a bit more of that in 2021. 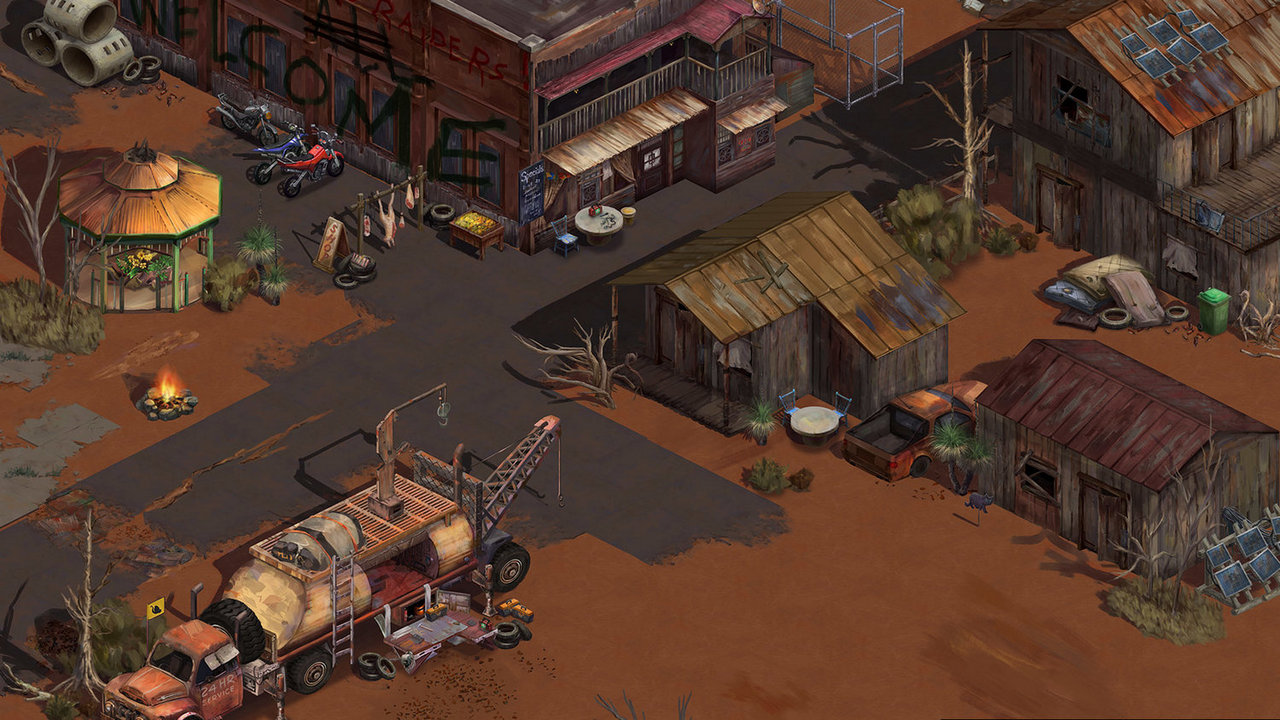 Arkane now sits under the Microsoft umbrella alongside the rest of Bethesda, and hopefully it’s for the better in the long run, but everything about Deathloop remains as exciting as ever for fans of the studio like myself.

If anything, Deathloop seems to build on areas that the Dishonored games featured but didn’t particularly embrace: they were fantastic stealth games but didn’t make much room for the also-fantastic action mechanics, whether due to the difficulty of pulling off more exciting sequences without dying or because the morality system wasn’t particularly kind to players wanting to hack ‘n’ slash it up. Now with a layer of Outer Wilds time loop shenanigans, an intriguing sci-fi setting, a vibrant blaxploitation style, modern gunplay with DualSense support and a Dark Souls-style invader that hunts you down throughout a run, I’m hoping that Deathloop is something of a sleeper hit — if not an outright success.

So far, WolfEye has said everything I want to hear, promising open-ended quests, stealth and sound mechanics, real-time simulation with a focus on player action over stats, systemic elements that sound a bit Larian-like, like being set on fire and using a rain spell to put yourself out. Even death sounds wacky: the world “stays as you left it” when you die and followers can not only die permanently but can potentially return “in the form of an undead”. Whether that means a zombie or something else fitting for the Weird West genre it’s named after, I have no clue — but I’m excited to check it out.

Finally, something Aussie to talk about. Broken Roads is a (classic) Fallout-style RPG set in a post-apocalyptic landscape that already looks and feels far more like Australia than Mad Max ever has. While I’m liking a lot about the game from what we’ve seen — especially its painterly look and environmental design, utes and dirt bikes parked outside the pub surrounded by ferns and native Australian flora, roofs littered with off-kilter solar panels — the most exciting is the Moral Compass system.

The Moral Compass is split between four sections: Nihilist, Machiavellian, Utilitarian and Humanist (previously Existentialist). Drop Bear Bytes explained that the idea behind it is to enforce “some kind of consistency of character so that your alignment was not quite so arbitrary”; basically, your character won’t be able to so easily contradict themselves by jumping back and forth between good and evil. Your morality is represented by your character’s World View, whose “golden arc” determines what dialogue and questlines you can choose from. All of this sounds amazing to me and I can’t wait to play it next year, assuming the developer’s target date holds.