What a weird, weird ride

2020 has been one hell of a ride, and it’s just kept piling it on. Here in the state of Victoria, we were optimistic that a six-week lockdown proposed by our government would be enough to control and ultimately stop the spread of COVID-19… and ended up sitting at home, locked down for eight months (with a short respite late in June). It was a year of loss — whether it was family members, jobs or businesses — and we soon realised that we’d have to find whatever positives we could in order to get through it.

For me, the biggest positive was being able to spend a whole lot of time with my beautiful fiancée, but video games were a close second. We managed to get our hands on a Nintendo Switch just before the first lockdown began, so I got myself acquainted with games like Pokémon Sword, Stardew Valley and the fun of watching my fiancée build, destroy and rebuild her island on Animal Crossing: New Horizons… and then I got sucked into Hades for 200 hours. Alongside my regular FIFA Ultimate Team play, the Nintendo Switch is what helped me (and my fiancée) through lockdown.

It’s plain to see that video games are a labour of love for Supergiant Games. Ever since it burst onto the scene with Bastion in 2011, the San Francisco-based studio has cultivated a reputation for telling fantastic stories through stunning audio-visual design, phenomenal soundtracks, engaging dialogue between intriguing characters, and meticulous attention to detail. Despite all the work the team put into Bastion, Transistor and Pyre, Hades was its most ambitious project yet, and it wasn’t even close: not only is it Supergiant’s first time building a story upon an existing mythos rather than building one of its own, but it’s also orders of magnitude larger in scope than any of its predecessors. The fact that it’s made multiple Game of the Year lists — not just among the Doublejump team, as you’ll see over the coming weeks, but among the industry as a whole — is a testament to just how well Supergiant managed to carry out that ambition, and to the benefits of Early Access development.

A rogue-like dungeon crawler by definition, Hades is the type of game where failure is both a guarantee and a growth mechanic. Its fast-paced, action-packed gameplay gives you the opportunity to vary your approach with each run, offering a choice between a sword, a spear, a shield, a bow and arrow, a gun, or a super-juiced pair of fists. Each of the weapons is very well balanced, ensuring that the best choice for any given run is the weapon you feel like using, and there are plenty of variables that come into play: ones that you can control completely, ones that you can partially control and ones that you’ve got no control over at all.

The core gameplay loop is excellent, and it would be more than enough on its own to keep me (and countless others) coming back for me, but Hades’ crowning achievement is in the narrative around which that gameplay loop is built. Supergiant has made fantastic use of the rogue-like mechanic, using each separate escape attempt to drip-feed a little bit of the story at a time over the course of tens or even hundreds of runs. In addition, the studio has shown plenty of respect to the Greek mythology upon which the narrative is based, while also putting enough of a spin on the established lore to ensure that those with any kind of prior knowledge wouldn’t be able to predict what was going to happen from a mile away. The story doesn’t stop at exploring Zagreus’ attempts to escape from the Underworld, either; along the way, you’ll build and rebuild his relationships with his immediate family and close confidants, learn more about the Gods of Olympus, and improve a number of other characters’ (after)lives through your own selfless actions.

I could go on for hours about the myriad ways in which Hades exceeded even my wildest expectations, but I implore you: finish reading this article, then purchase it and play it. You’ll find it almost impossible to believe that this absolute masterpiece of a game came from a small, independent studio and not a AAA juggernaut.

Honourable Mention: Party Games
I’ll admit this from the get-go: aside from demoralising the Doublejump community at Trivia Murder Party in the Jackbox Party Pack… I haven’t actually played too much of any party game. That doesn’t mean I don’t like them, and it definitely doesn’t mean I don’t think they were exactly what a lot of people needed this year; it’s a genre that enabled people to socialise with one another when they couldn’t do so traditionally, and it did so by throwing out any real concept of competition and prioritising a fun, shared experience for all.

I mean, sure, people can get pretty damn competitive when they’re playing Among Us or even Fall Guys, but that’s their prerogative and that’s the beauty of party games: you can turn them into a competition, you can play them as a drinking game with your friends, or you can play them just for the hell of playing something. Either way, they’re a whole hell of a lot of fun, and that’s what gaming is all about. 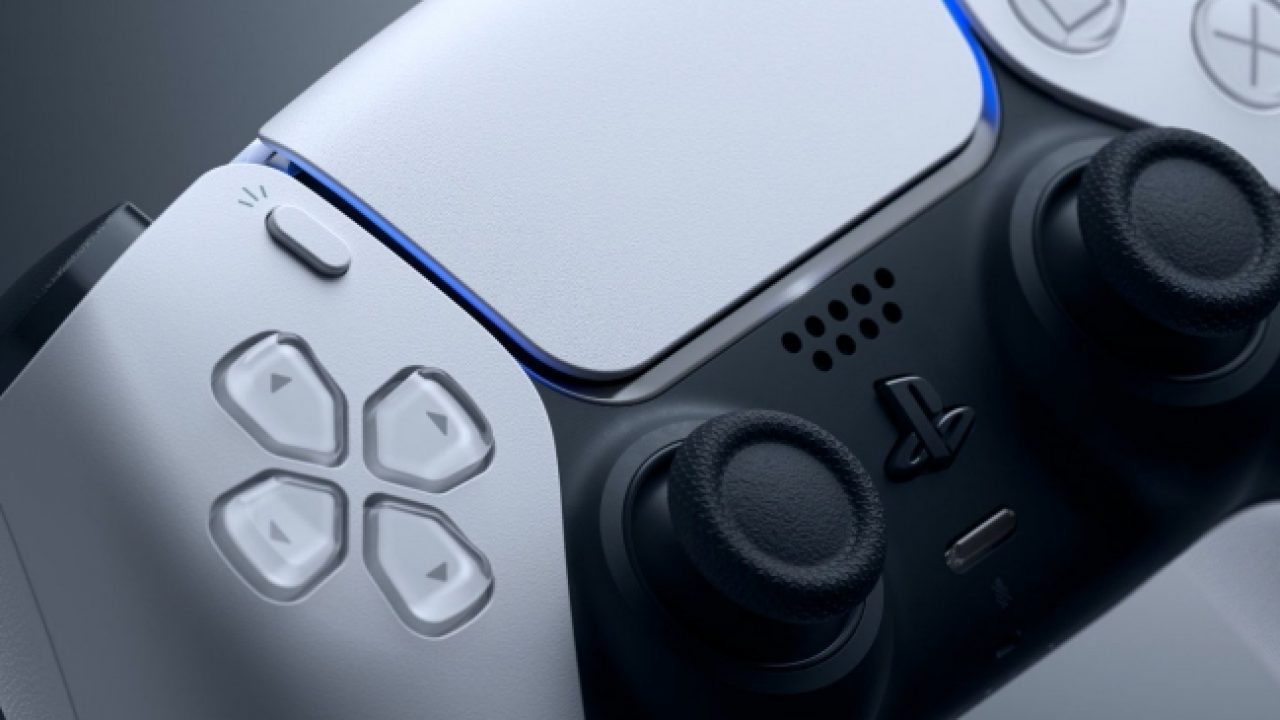 Hit: The DualSense Controller
I haven’t had my PlayStation 5 for very long, and I haven’t had the opportunity to play too many games on it; I’ve only played a little bit of Bugsnax and then been consumed by my FIFA 21 Ultimate Team. Despite that small sample size, I feel pretty confident in saying that the DualSense controller is the feature that sets the PlayStation 5 apart from everything else on the market at the moment. While games have always been able to rely on the senses of sight and sound to deliver their immersive gameplay experiences, they’ve also used the sense of touch — through the controllers we hold — to augment that ever so slightly. The DualSense’s adaptive triggers and haptic feedback have taken that to a whole new level, even when it comes to games like FIFA, where the triggers offer more resistance as your players tire out and the controller vibrates in response to the crowd’s celebrations. I’m keen to see how other games have implemented the DualSense’s unique functionality, but it’s already an absolute smash hit in my eyes.

Miss: CD Projekt RED as a whole
CD Projekt RED has just released the most-anticipated game in recent memory in Cyberpunk 2077, and it’s… not doing anywhere near as well as people had hoped or expected. The first week of the game’s existence has been littered with reports of bugs and performance issues on the eighth-generation consoles that it was originally supposed to farewell — and it’s not even coming to the ninth generation until some time next year. Post-release issues are common, and we can definitely expect the developer to patch them in the coming weeks, but their abundance is quite frustrating given that CD Projekt RED delayed it three times, then forced its team into crunch conditions, and then delayed it again. Respecting the community and trying to release a game in the best state possible is one thing, but it’s another thing entirely to do so at the expense of your staff’s mental and physical health.

Even if you can look past the development process, though, CD Projekt RED isn’t out of the woods at all when it comes to Cyberpunk 2077. With support for the LGBTQIA+ community at an all-time high both within gaming and the world at large, the studio’s “shock jock” approach to marketing the game saw its advertising campaign marred by transphobic imagery and sentiments — imagery and sentiments that CD Projekt RED has continually doubled down on. It’s certainly done its job in garnering more and more attention for a game that didn’t need too much help in the first place, but to gain that attention by repeatedly demeaning and exploiting an already-vulnerable community is disgusting, rude and just plain wrong.

Miss: NBA 2K21 on PS4/Xbox One
Despite the fact that they were set to release months before the ninth-gen versions, nobody was expecting the eighth-generation versions of sports titles like FIFA 21 and NBA 2K21 to make any radical changes. EA did make some effort, changing the game’s menus and including some updates to gameplay and menus, and I was happy enough with that to tide me over until my PS5 got here (next-gen FIFA is so much fun!), but 2K Sports… 2K Sports insulted its fan base by releasing a literal copy and paste of NBA 2K20 and calling it a new game. It had a revamped shooting mechanic that ended up being another classic case of “if it ain’t broke, don’t fix it”, and a half-baked new MyCAREER storyline that ended as soon as you got drafted; everything else was the exact same. 2K could have chosen to “preview” some of the gameplay changes that would be coming to the ninth-generation versions, but it opted to take the shortcut instead — and ultimately, it discouraged me from upgrading to the PS5 version. Spending more time with my PlayStation 5:
When I unboxed my PlayStation 4 the day it came out, I wasn’t expecting much more than a somewhat-decent performance upgrade over the PlayStation 3 it was replacing, and that’s really all we got. Unboxing my PlayStation 5 last weekend, though… I was beyond excited, because I knew that I could expect a major performance boost due to the solid-state drive inside the console as well as a revolutionary new controller experience. I haven’t had too much time with the console due to work and work-induced fatigue, but I’ve seen enough to know that my excitement was not misplaced; the thing is amazing. I just can’t wait to spend more time with it.

Seeing what the indies will do next:
Whenever there’s something new happening in the games industry, you can bet your bottom dollar that the independent scene will start implementing it quite quickly… and you can bet your bottom dollar that it’ll get ignored entirely as soon as Activision or Ubisoft start using it. Independent developers often have more room to experiment since they’re not beholden to stakeholders, worried about profit margins or having to deal with the weight of expectation, and with the number of innovations we have in this console generation already — let alone those to come — I cannot wait to see where the indie scene will go this year.

Finally tackling a chunk of my backlog:
The PlayStation Plus Collection contains a number of games that sit on my backlog, and I’ve been a PlayStation Plus subscriber since the PlayStation 4 came out. That, as well as the console’s backwards compatibility, means I’ve no longer got any excuses to avoid playing some games I’ve been meaning to get around to for the longest time. Crash Bandicoot N.Sane Trilogy, Final Fantasy XV, God of War, Horizon Zero Dawn, Red Dead Redemption 2, hell, maybe even Bloodborne… I’m coming for you.