In Defence of the Delay

Why a little more time is never a bad thing

As much as we hate to admit it, we are living in a Golden Age of Game Delays. Whether it’s a couple of weeks, months or years (hello, The Last Guardian!), and whether the cause is as complex as a game-breaking bug or as simple as logistical issues or the need for quality control, it has become rarer and rarer for us to see a major title released without having been delayed at least one at some point in production. Back in May, Rockstar Games made the not-so-surprising announcement that the long-awaited, hotly-anticipated Red Dead Redemption 2 would be the latest massive release to come under this umbrella, pushing its release date from this spring all the way into next autumn. In its announcement statement, the developer took the opportunity to explain that it made the decision because its team believed that “some extra time is necessary to ensure that [it] can deliver the best possible experience for [its] fans,” because it firmly believes in “delivering a game only when it’s ready.” Monolith Productions published a similar statement at the beginning of June, when it announced the “difficult decision” to delay Middle-earth: Shadow of War to October 10, 2017 — a seven-week delay. Earlier this month, developer Level-5 delayed Ni No Kuni II: Revenant Kingdom from its original November release date to the middle of January, another delay around the ballpark of two months, and provided another very similar reason for doing so.

Development studios delaying a game because it’s simply not up to their expectations is nothing new — Rockstar has developed a reputation for moving its release dates around multiple times during production. That very same studio, however, has also developed a reputation for releasing damn good video games no matter how long gamers have to wait for them. In fact, it’s almost impossible not to include its upcoming releases in Game of the Year discussions well before they’ve even reached store shelves. That reputation, and the company’s desire to live up to it, understandably puts immense pressure on every Rockstar Games release. In a moment of candour while explaining Red Dead Redemption 2’s delay to analysts and investors, Take-Two Interactive (Rockstar’s parent company) CEO Strauss Zelnick explained that “the pressure [that Rockstar puts on itself] to deliver excellence and delight customers is extraordinary”; it’s really quite difficult, if not impossible, to imagine other developers of all sizes not putting that same kind of pressure on themselves. That, alone, is a perfectly reasonable explanation for delaying a video game.

When faced with a delay, it’s quite easy to fall into the trap of wondering why a release date or window is even given when it’s still so uncertain, but release dates are a very important for so many different aspects of the development process: they help guide the development team in structuring its own internal milestones, goals and guidelines; they help promotional teams formulate their strategies and know when to start putting them into practice to get eyes on the game; they aid in the establishment of financial estimates and targets to present to shareholders and investors; they give retailers a rough idea of when they should start promoting which games and when they’ll need to acquire permission to run midnight launches (if applicable); and, of course, they help the consumer to plan their gaming and their finances around the release. Until a game “goes gold” (i.e., is finalised and placed into physical production), though, gamers should be prepared to treat a release date or window as exactly what it is: an educated guess made to guide the development process. It is a best-case scenario, a deadline the studio believes it can meet if it doesn’t encounter a single hiccup in the entire development process, and it is subject to change if the developer sees a delay as necessary. 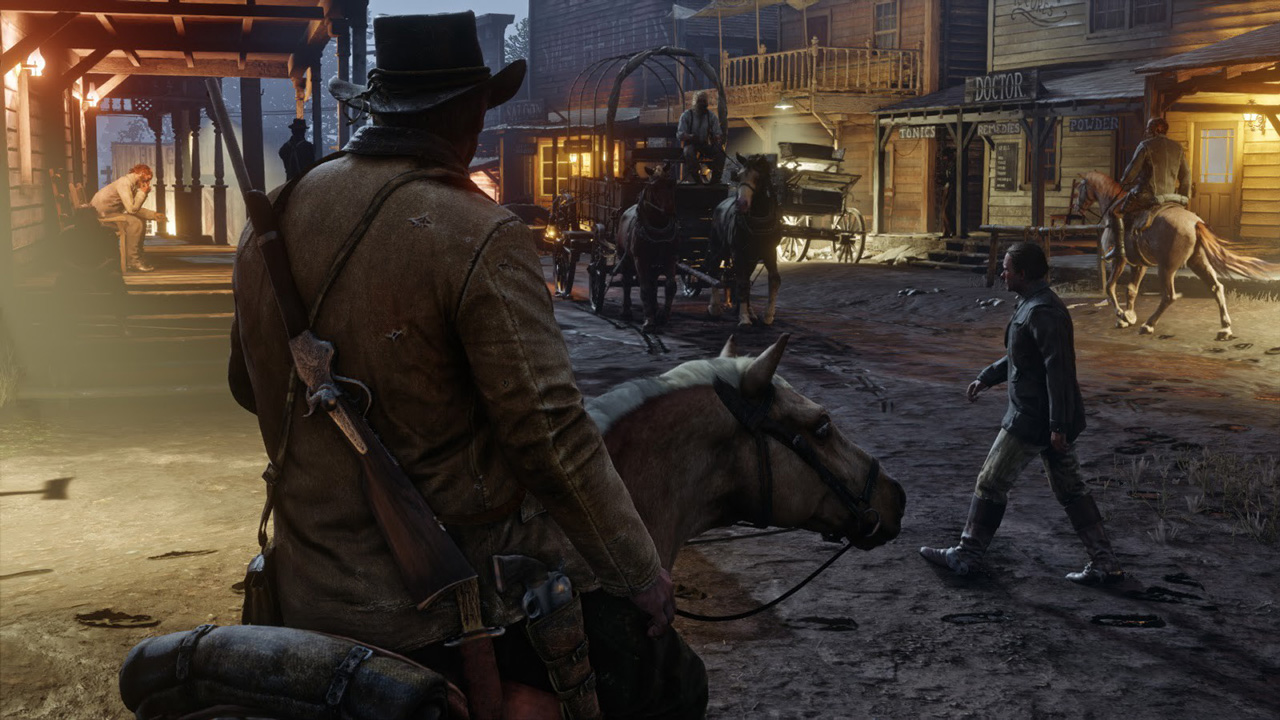 No matter how much longer we’ll have to wait, Rockstar always makes good use of its time.

Although it might annoy, inconvenience and even upset gamers to learn that they will have to wait a little longer for a game that they have already been looking forward to for however long, it is extremely important to acknowledge and understand that developers themselves never set out to delay their games, and it’s often the very last resort that they explore when they encounter an issue. Like any major business decision, a delay is the product of in-depth analysis, discussion and introspection on the developer’s part that the public never gets to hear about. Of course, developers always seek to be transparent with the public and carefully explain their reasons for delaying a project; more often than not, those reasons fall under one of four general banners: One of my favourite games of all time, Bioshock Infinite, was delayed more than once.

It’s about the end result

All of those reasons, as well as those that don’t fall under any of the four general banners, have one thing in common: no matter whether they impact the entire studio or just one part of it, they can all be solved — or at least negated and/or worked around — by taking a little bit of extra time to work on doing just that. Therefore, a delay does nothing but good for a video game (or any product, for that matter), and it is for that reason that I continue to be baffled at the sheer number of people who take it upon themselves to get angry when a game is delayed, as if the developer has personally wronged them by wanting to make sure that its game is absolutely ready to be released and matches their own standards when it is. Aside from a temporary drop in stock prices and the annoyance of an unreasonable, somewhat-entitled subsection of the gaming community, delays very rarely have negative effects on games and the companies that create them.

Rather than forcing them to make sacrifices in quality, quantity or functionality, or even remove content from their games altogether to meet their original deadline, delaying a game allows a developer and all of its staff to ensure that they deliver something that best represents their ideal vision and the years taken to craft it. More importantly, it allows them to deliver that a game exactly as the consumer expects it to be. The gaming community is incredibly unforgiving, and it’s reached a point where a failed launch can spell unmitigated disaster for the developer and publisher behind it and the people — the real human beings with feelings, lives to live and families to feed — within them. That independent studio might miss out on the big break it was hoping for; that triple-A publisher might miss its sales targets, causing it to lose investors and therefore capital; hell, a studio might lose the trust of its parent company and get shut down (hello, Evolution Studios) — all because of a launch that falls short of expectations.

Although the human aspect of video game development is often kept under wraps, hidden behind and protected by a corporate facade, there is no denying that a delay’s most important effect is the one it can have on the health and wellbeing of an entire development team. Working to strict deadlines with close attention paid to one’s every move is likely to cause even the most level-headed worker a considerable degree of stress. Just ask Panzer Dragoon Saga director Yukio Futatsugi, who has gone on the record in revealing that his team had no real choice but to continue working on the game after one of its staff members perished in an automotive accident and another committed suicide due to the immense emotional and physical pressure they faced while working on such a challenging title. Given the incredible advances that video games have made in the 21st century, it’s hard to imagine that that kind of pressure has gone away, and it’s impossible to imagine that delaying a challenging title — no matter how it challenges its developers — would do anything but a world of good for the physical and mental wellbeing of its entire team, and that’s more important than any business-related impact it might have. To fans, video games represent a hobby, but to those who work themselves stupid to create them, video games represent their livelihood and their legacy. It’s a very, very risky business, and failure can come with very serious consequences, especially in the age of the Internet. With that in mind, developers need and deserve the public’s respect when they decide that they need a little more time to make their game the best it can be. The decision is always made to benefit both the game and the people who spend their hard-earned money to play it, and it very rarely fails to benefit everyone involved; it’s high, high time that the community as a whole starts to acknowledge and accept that.

[…] two delays already — making games is difficult, especially in this COVID-affected climate and, as Jake wrote four years ago, it’s better to get it right the first time than to disappoint the community! The good news is […]