It’s not just “Pride and Prejudice and Zombies”

Beyond the age of Pac-Man and Pong, the art of storytelling has become increasingly important to the creation of video games for the modern player. With the advances of the modern age, we are capable of creating games of equal calibre to the silver screen; writing and cinematography have become as important as gameplay (if not more so). That’s not to say that all games today must or ought to be story-driven — plenty of modern video games require no plot whatsoever — but instead to point out that if a game relies on storytelling, then it needs to actually tell that story well.

It might seem obvious in hindsight, but classic writing techniques are just as important to story-driven video games as they are to films and works of literature when it comes to telling a story well. This series will cover those techniques that lend themselves particularly well to the art of storytelling in video games, and there’s no better place to start than with the monomyth.

In the 1949 work The Hero with a Thousand Faces, Joseph Campbell outlines his thesis for a set structure that many mythological stories are based on: the monomyth, otherwise known as “the hero’s journey”. Campbell’s monomyth is a three-act structure with twelve parts total, outlining the common basis for many stories throughout history and the archetypal hero. These steps and acts have become known by many names since Campbell’s time, but what remains the same is that the hero journeys from the known world to the unknown world, and returns with their spoils. Many have analysed this mould with relation to modern texts, demonstrating how the techniques of storytelling have remained common since the classical era, and perhaps prior. Given that today’s story-driven video games rely on these techniques just as much as works of literature, it was easy to conclude that we’d be able to find the monomyth in modern video games if we looked for it.

When thinking about this topic, I had to sit down and consider several factors before finding the right game to talk about. Obviously, it had to be a game that was plot-heavy and, for the most part, linear. It would also have to be one where the player’s actions would not influence the overarching story itself, otherwise there wouldn’t be too much plot to actually analyse. One game that was still fresh in my mind from a previous analysis was The Last of Us, and, the more I thought about it, the more I realised how well it fitted the mould. After a slightly more in-depth view, I came to the conclusion that, while of course it differs slightly from the mythological heroic archetype, it goes to prove how these techniques worm their way into story-telling no matter the era or the medium. 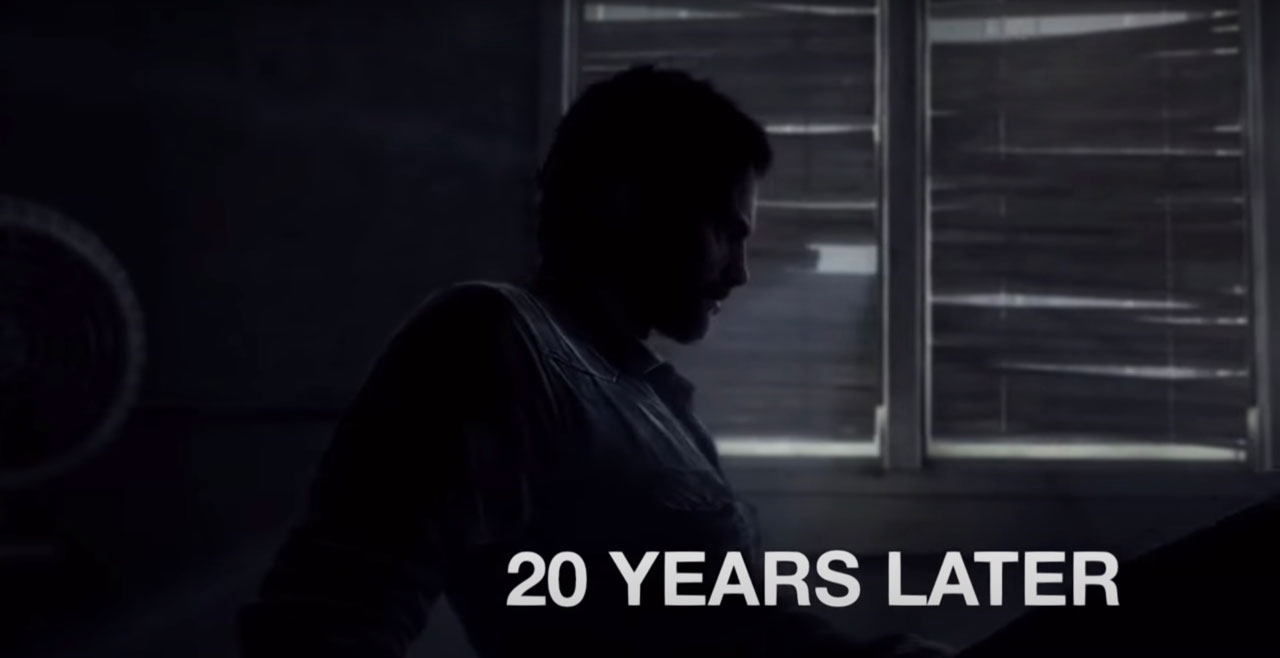 Act I: The Ordinary World

The Last of Us begins with a window to the past, a tragic look into the events that transpired leading to the state of the world during the game, as well as a glimpse into our hero’s backstory. We now have an introduction to our main character Joel, and his landscape: the “Ordinary World”. This first step of the monomyth serves to show the audience the starting point for the journey ahead. The next step is the “Call to Adventure”. This one doesn’t require much explanation: the hero is presented with a quest. In Joel’s case, he is presented with Ellie. So far, the game is following the monomyth to a T, even including the “Refusal”, of the hero denying the quest he has been presented with.

Here is where we start to diverge from the classical definitions of these steps. The fourth step, “Meeting with the Mentor”, is typically a more Yoda-like situation; the hero seeks the aid of someone older and wiser to train him or give advice before he sets off. However, in the zombie apocalypse, things aren’t so simple. In Joel’s case, his “mentor” is Tess. She guides him to begin his quest, and her leaving him serves to further his journey. Tess’s death also heralds the “Crossing the Threshold”, where the hero goes from the known world into the unknown. The characters realise that their journey isn’t going to be as simple as they had anticipated, and they set off in search of someone who can help them.

As our hero journeys into the unknown, he must face “Tests, Allies, and Enemies”, and boy does he. Zombies and the apocalypse aside, Ellie and Joel are attacked by bandits, they make some allies (Henry and Sam), they lose their allies (R.I.P.), make some new allies (Tommy and co.), abandon their new allies, get attacked by bandits again, and – after meeting David – make even more enemies! It’s apparent that Joel and Ellie’s trials are indeed of mythical proportions. As our heroes journey on, they reach the “Approach to the Inmost Cave”. This is a cave in a more metaphorical sense, as it symbolises the approach to their goal, and their final “Ordeal”.

For Joel, the final “Ordeal” occurs when he and Ellie reach Salt Lake City, finally approaching their long-awaited goal: the Fireflies. However, for our hero, some things are too good to be true. Since we are talking about the monomyth here, of course he must face his final “Ordeal”. Upon realising that curing the virus will kill Ellie, our hero has to choose between sacrificing his newfound daughter figure to save humanity or admitting that their entire quest was in vain. Typically, the hero receives a “Reward (Seizing the Sword)” for his ordeal, but after he makes his decision, the only thing he leaves the “Unknown World” with… is Ellie.

On “The Road Back”, Joel and Ellie return to the settlement, with Joel giving her his explanation of the events that transpired. However, our hero isn’t returning with treasure or boons to bestow upon humanity. The penultimate step of the journey is the “Resurrection” or the “Master of the Two Worlds”, showing the audience how the hero has grown as a character to rule over the known and the unknown, but Joel doesn’t really accomplish that. In a sense, he has reconnected the two parts of his own world that had long since been separated: the past and the present. Ellie has helped him reconnect with the memories of his daughter, while ushering in a new era with more trials and tribulations to come. The audience doesn’t get to see the final “Return with the Elixir”. We need not see the world’s reaction to our heroes’ return, because their return is not triumphant, but a defeat. 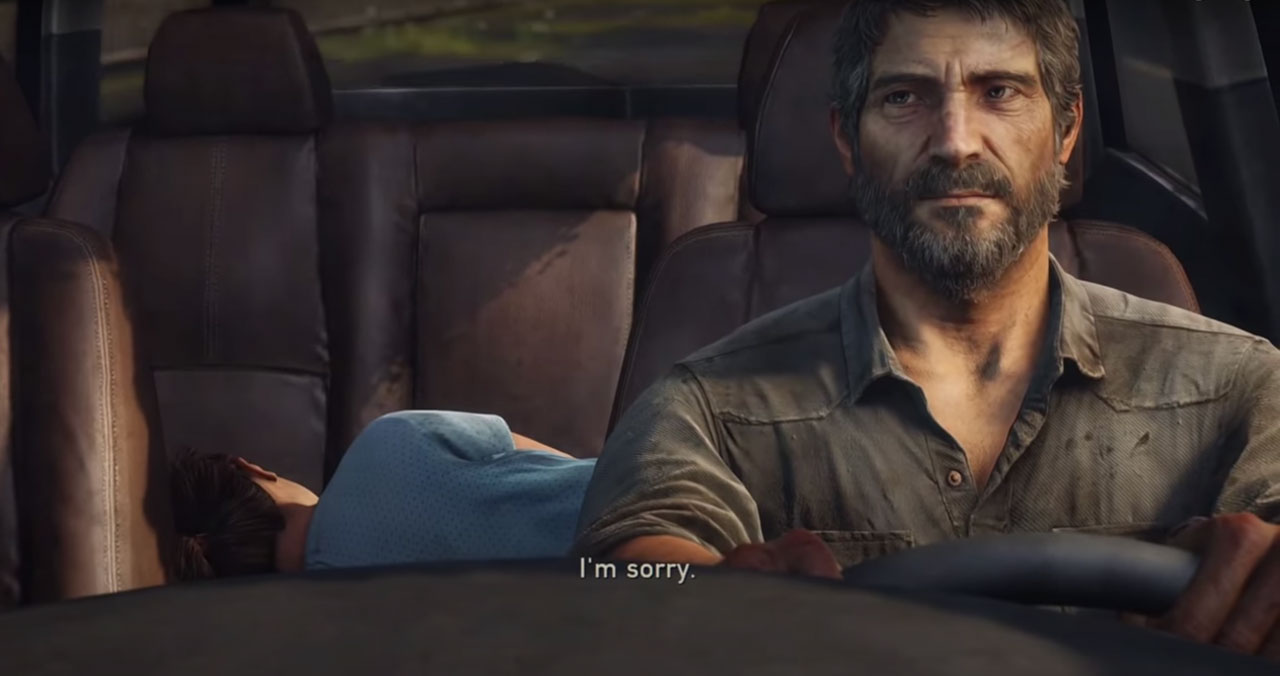 On that note, it’s plain to see how Naughty Dog’s masterful storytelling in The Last of Us relies on classic literary techniques, in particular Campbell’s monomyth. It’s a story that would not be strange to read in a book or watch in a film. In particular, the lack of resolution that is so typical to the hero’s journey model is what leaves that empty feeling in the hearts of the audience. We don’t get to see a triumphant return from our heroes, but a guilt-ridden defeat. The manipulation of this format we are so used to creates unease from this lack of joyous resolution. This is only one of many examples of how writing in video games is influenced by those tropes we know so well; this series is about exploring as many of these classical literary techniques as we can in order to uncover the true magic of storytelling within video games.

[…] Amelia Huelin also made her Doublejump Debut, talking about how classical literature influenced The Last of Us. […]