Horror has lost its way, but it’s not too late to find it

In the last decade, there have been two good horror games that weren’t remakes: Alien: Isolation and P.T. There are a few honourable mentions that get credit for trying, like Dead by Daylight and… uh… yeah, that’s it. Two and a half good horror games in 10 years. (I can already hear you in the comments saying “but what about The Evil Within/Amnesia: The Dark Descent/whatever other horror game you happen to like, and to that I say, well, they really aren’t as good as you remember.)

It’s hard to say when exactly the horror genre started to implode in on itself, but you could see the cracks start to form in 2005 with Resident Evil 4. Resident Evil always walked the line between action and horror, but 4 is where it started to lose any relationship with horror it used to have and devote itself to action entirely. This left the realm of good, high-budget terror in the 2000s almost exclusively with Silent Hill, and we all know what happened there.

Since then, and around the year 2010, horror has been reserved for indie gimmicks and quick cash grabs, with the single exception of Alien: Isolation, which somehow managed to be genuinely terrifying and atmospheric while still tying into a multi-billion dollar franchise. That’s okay, because I have a plan to fix horror entirely.

Seriously, cut it out. Guns give players power, and power is antithetical to good horror. You want your player to feel powerless, so that they’re always at the mercy of the monster/family/cult/whatever. As soon as you give them a gun, you give them the power to fight back and a safety blanket to hide behind.

This is where The Evil Within loses the plot. The Evil Within is genuinely scary for around the first 15 minutes, and then it gives you a gun and lets you shoot monsters down. It stops being a horror at this point, and becomes a cookie-cutter action shooter. Same with Dead Space, and half the other big-budget “horror” titles. The Resident Evil series manages to walk the line, flip-flopping between horror and action in between titles, but just imagine how much scarier those games would be if you didn’t have any weapons.

You could, of course, give a player a gun to prey on that feeling of power, and then take it away later on for effect. If there’s one thing scarier than a total lack of power in an overwhelming situation, it’s having what little power you had taken away at the worst possible moment. Giving a player a gun and letting them keep it, however, might be the worst thing you can do if you want to create any kind of threatening atmosphere.

Step two: stop trying to be all psychological 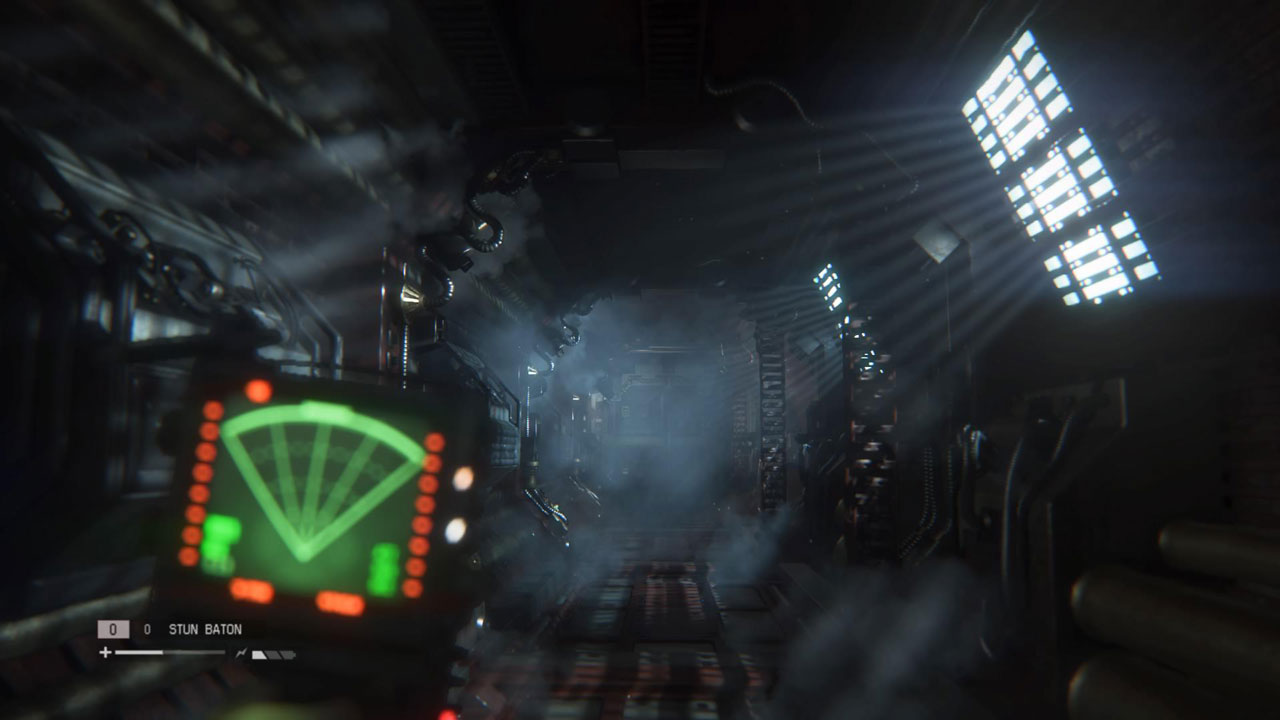 Everyone loves a good psychological horror, and I am no exception, but developers really need to chill out. It’s okay to just have a scary monster running around without turning around in the end, being all smug and saying “OooOOooOH, YOU were the monster all along! Aren’t we just so bloody clever?!” It’s overplayed, it’s dull, and every developer who does it thinks they’re going to be the next Ken Levine.

Think about it: do you know why Alien is such a scary movie? THE ALIEN. It’s not because Ripley is all torn up about her sordid past, or because of the, I dunno, subjective nature of memory and morality… it’s because there’s a giant, unstoppable alien wiping the crew out one by one.

Imagine if the alien took its head off at the end to reveal that it was actually Lambert all along, and she was just insane. Not only would that be completely underwhelming, it would retroactively take away from the horror of the last 110 minutes. You could never watch Alien again, because you’d know that it’s just Lambert being a maniac under the head.

Step three: Stop with the Cthulhu 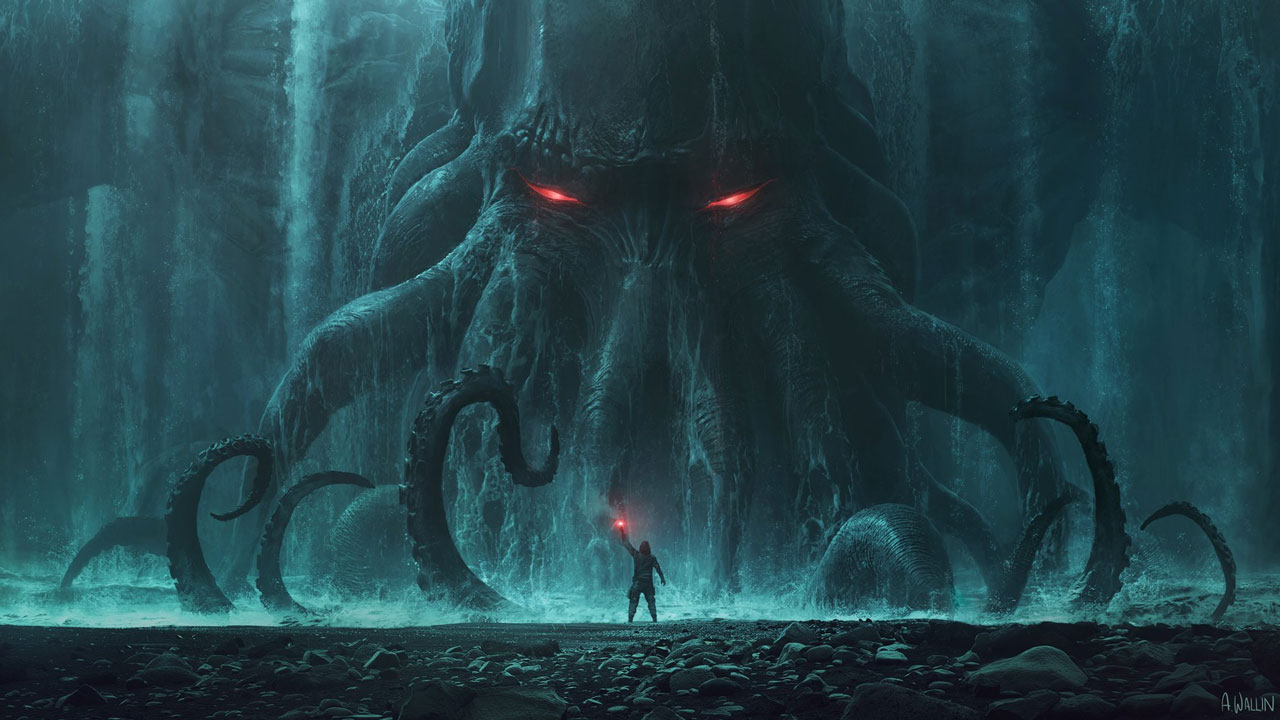 This is more of a personal gripe than anything, but hey, this whole article is personal gripes. Stop using Cthulhu in horror games. Cthulhu deserves better. I’m looking at you, The Sinking City.

That’s not what Cthulhu is about, though. Cthulhu is not just a giant squid monster, it’s an unknowable, cosmic entity that is so far above us insignificant humans that even reading about him is supposed to send people insane — not “the screen shakes when you look at a monster” insane either, but proper, gibbering helplessness.

That’s what made the original stories scary, and why it’s practically impossible to implement in a game. Some things just don’t translate well into different mediums, and sanity is one of them. We all know that Eldritch horror is dope (I’m not using the word Lovecraftian because that guy sucks) but it just doesn’t translate into modern video games.

Step 4: Capitalise on the medium Games are such a unique opportunity for good horror, but it seems like many horror games are semi-decent movie ideas that have been shoved into an entirely different medium and stumble over the new obstacles presented. This is particularly galling in games like Until Dawn, which try to create a slasher movie premise in a video game and end up being disappointing twice over.

Games offer entirely new ways to get inside player’s heads by screwing with medium expectations, and it’s immensely disappointing to see these opportunities constantly wasted. There are two games that I can say capitalise on the medium: Undertale and Doki Doki Literature Club. Plenty has already been said about Undertale, so let’s just move on from that, but Doki Doki Literature Club is pretty famous for its twist that comes around halfway through the game. Spoiler alert!

Seeming like a stock-standard dating sim, one of the characters reveals that she is completely aware of her status as a virtual character and starts to take control of the narrative. In one swift motion, the game goes from hanging out at your Japanese high school to contending with a psychopathic cyber-stalker who has complete control of the game’s code. This is a brilliant and surprising move, akin to the original Psycho that spontaneously kills the main character off halfway through and in the process, defined horror in film. This is what I mean by capitalising on the medium. Doki Doki Literature Club is a perfect example of using established genre conventions, and twisting them into horror for true, spine-chilling effect.

Horror games have so much potential that has barely been touched, and it’s immensely tragic to see so many bland, cookie-cutter horrors hit the marketplace and not even scrape the potential that lies beneath. 2019’s Blair Witch comes to mind, as well as a million bad Slenderman games.

I still have faith that with a little effort and innovation, we can still see some absolutely spine-chilling creations in the games industry’s future. I mean, we’ve barely begun to scrape the surface of terror that games can offer. Who knows, maybe Silent Hill will make a comeback and remind us all of how pants-wettingly terrifying P.T. was.

In any case, the true horror in the games industry has always been, and always will be, online voice chat.