Fortnite, YouTube, and the Power of Nostalgia: the Perfect Mix of Circumstances that Brought About Minecraft’s Resurgence

Anyone who uses Spotify even a little bit might be aware of Genius, a website that aims to interpret the meaning behind song lyrics and tell the song’s story from behind the scenes by quoting interviews and other sources. What many Spotify users won’t be aware of, however, is the fact that Genius also happens to keep track of how many views each song’s page has gotten; I was taking a look at that list late last month, and I was quite surprised with what I saw: 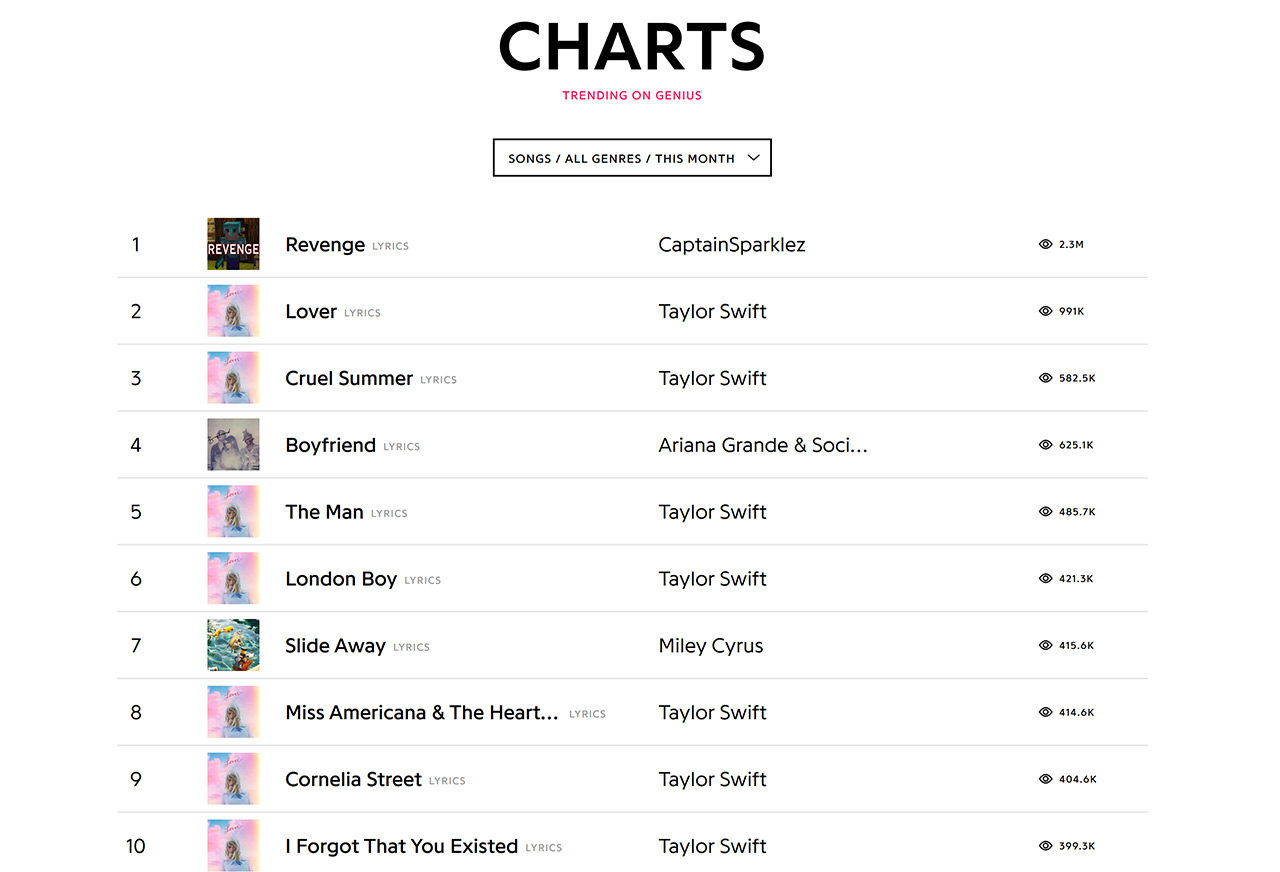 The onslaught of top-40 garbage that continues to show up on this list isn’t all that surprising, but look at that number one spot: Revenge is a Minecraft-based parody of Usher’s DJ Got Us Fallin’ in Love, and it’s got more than twice as many hits as the song directly below it. The kicker? It’s more than eight years old (and it’s almost got as many views on Genius as the original video has on YouTube, where it was released).

I was perplexed to find that the number one song on Genius for the month of August is a song based on a game that doesn’t appear to have been overly relevant in the past few years; even more so when I read Paul Tassi’s report that the number of Minecraft-related Google searches has surged once again. Both Tassi and his data suggest a simple reason for this surge: a decline in searches related to Fortnite – a game that targets a very similar demographic to Minecraft.

The idea that Fortnite’s younger audience has gotten bored of the game and gone back to Minecraft and its truly limitless possibilities is a solid explanation for the trend, but I refuse to believe that it’s that simple. Sure, Fortnite’s decline definitely has plenty to do with Minecraft’s resurgence, but you would be remiss to ignore the much bigger influence at play: YouTube, the same thing that catalysed Minecraft’s rise in the first place. 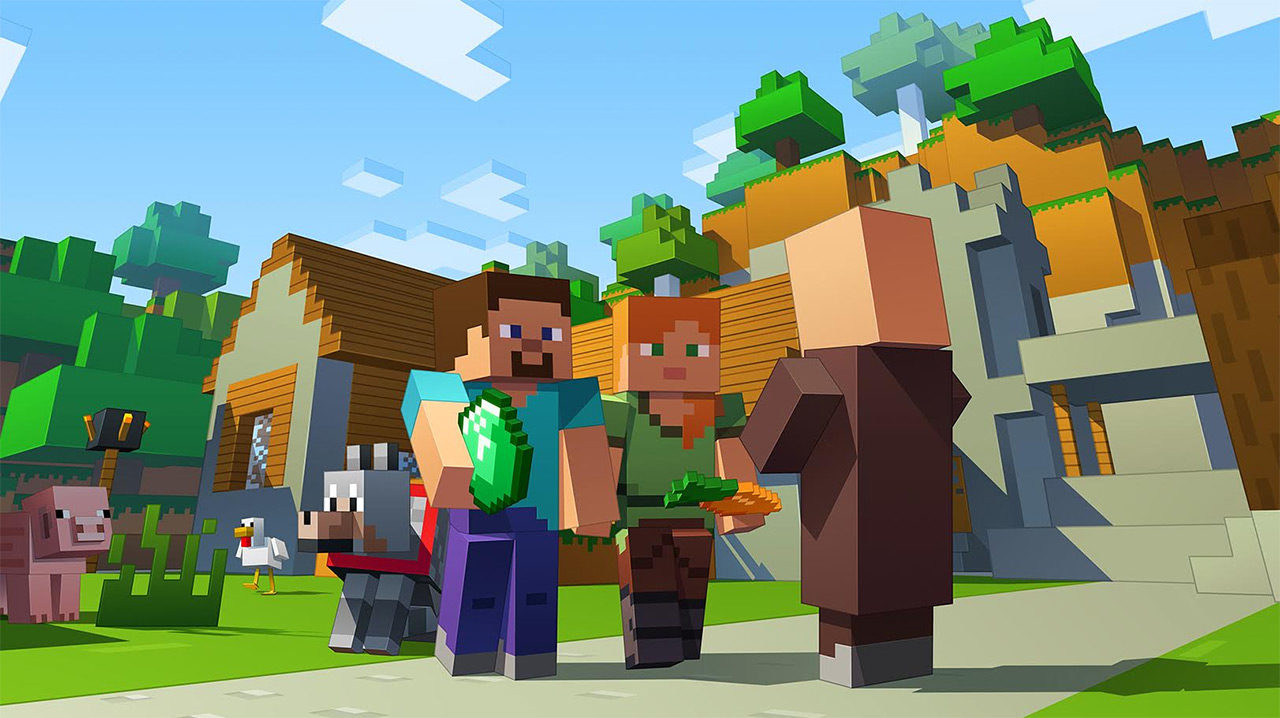 The Game Theorists’ Matthew “MatPat” Patrick contended that it was a change in YouTube’s algorithm, one that favoured longer videos with greater view times, that helped propel Minecraft into such incredible popularity the first time around; due to the game’s nature, Minecraft “Let’s Play” videos were – and still are – quite easy to turn into lengthy content. That’s exactly how Felix “PewDiePie” Kjellberg managed to turn his already-successful channel into the absolute mega-channel it has been for many years now.

Although Kjellberg distanced himself from Minecraft somewhat since the game’s first massive surge in popularity, he’s also played a major role in the game’s resurgence today, now that the Fortnite bubble appears to have burst. Kjellberg made the decision to get back into Minecraft in the middle of this year, shortly after he himself saw a massive boost to his subscriber challenge due to the “subscribe to PewDiePie” movement that got him over the 100 million subscriber mark. Based on his viewer base before the movement, it’s not unreasonable to suggest that many of the people who got involved with it are likely to also be the kind who would play Minecraft.

Kjellberg’s newer Minecraft videos would have reached two types of people: those who had previously watched his Fortnite content and were looking for a new game to play, and those who had played Minecraft – and consumed Kjellberg’s older Minecraft content – years ago and for whom this newer content served as a bite from the nostalgia bug. 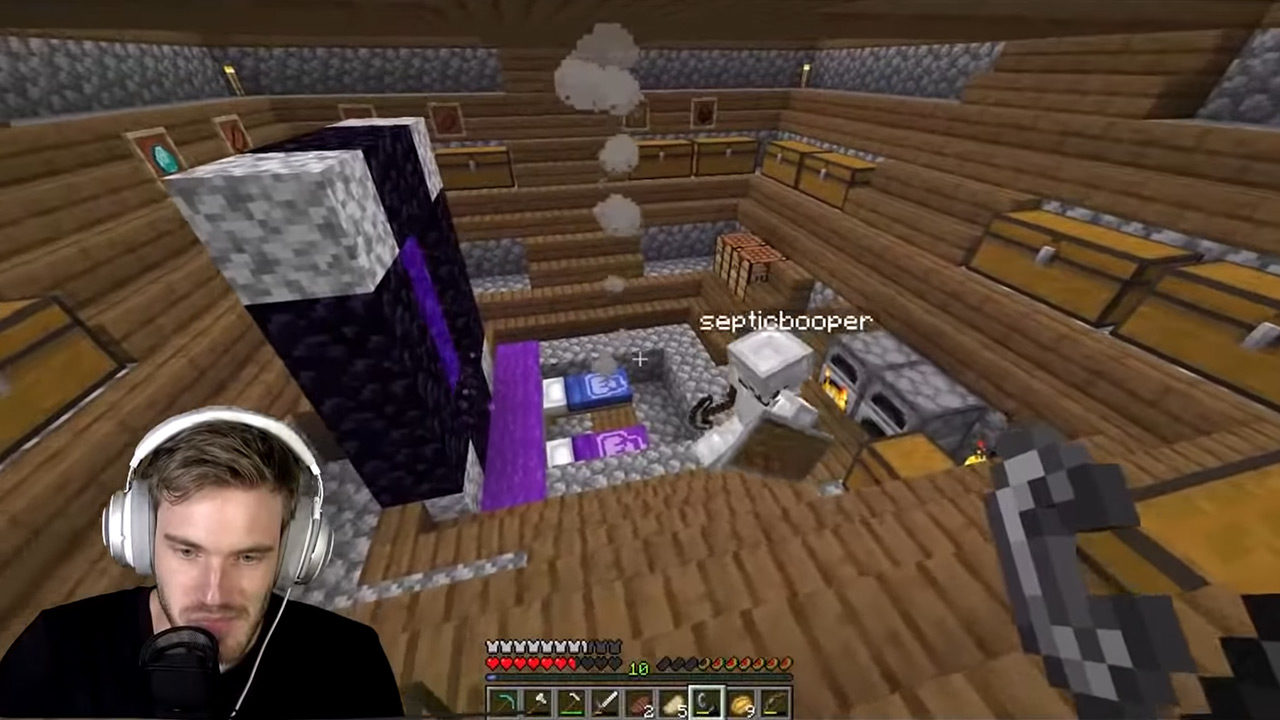 The power of nostalgia is based around the fact that people love to be reminded of a simpler time, and it’s the joy of old memories that spurs them to start posting nostalgic content when the topic is back “on trend.” That’s exactly what’s happened with CaptainSparklez’s Revenge music video: people who used to play Minecraft saw PewDiePie’s recent content (or got back into the game some other way), remembered the joy that Minecraft and its community brought them back in the old days, went on to watch other Minecraft content, and started sharing that content around as well. It’s a snowball effect and Revenge, being one of the better Minecraft song parodies out there, has benefitted from that.

Of course, just as people got behind PLAYERUNKNOWN’S BATTLEGROUNDS and then moved on to Fortnite because they were popular with their favourite streamers, it’s looking like Minecraft’s resurgence – on the back of some of the world’s most popular content creators – will have some permanence. People will use Minecraft to create their own social media content, share it around and rake in the likes, and more and more people will follow suit in the hope that they find the same “success”. Once social media has gotten behind something, it’s not easy to derail. 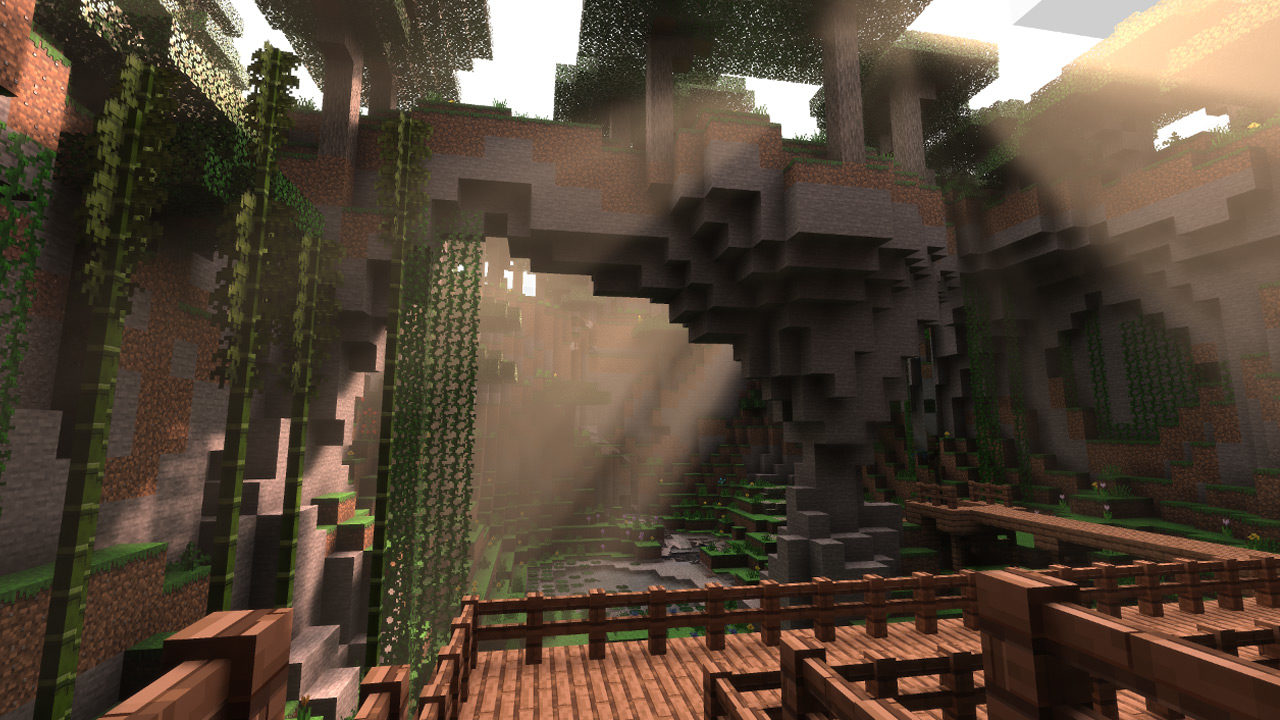 Yes, Fortnite’s decline is one of the major factors behind Minecraft’s return to prominence, but it’s not the only one. Any content creator worth their salt saw Fortnite starting to decline and immediately started looking for something new to base their offering around: some moved on to something new while others, including the biggest YouTuber in the world, capitalised on the power of nostalgia. Combining that power with Felix Kjellberg’s incredible scope of influence and a wave of players looking for another game to spend their time on is one of many recipes for a surge in popularity.

We might have been able to chart Minecraft’s resurgence using the power of influencers and nostalgia, but it applies to other games as well. Although it wasn’t as pronounced as Minecraft’s, Pokémon GO saw a decline after the initial hype died down, followed by a recent resurgence with the release of Pokémon: Let’s Go, Eevee! and Pikachu! – as well as Team GO Rocket’s arrival – and based on that property’s nature, it’s hard to believe that it won’t happen again as Niantic adds more features and more Pokémon to the game; all it takes is one person with a decent scope of influence to start creating content that triggers the nostalgia of those first few months, and you’ve got yourself another surge.

Conversely, though, Minecraft’s resurgence also shows us just how quickly the gaming community moves on. Once something new comes along, or a game simply doesn’t trigger the same emotions in its players and viewers, people move on. That’s what happened to Minecraft back then, it’s what happened to PUBG when Fortnite came out, and it’s what will happen for the rest of time; some of them, like Minecraft and Pokémon GO, provide such a unique or variable experience that they can eventually make a comeback. 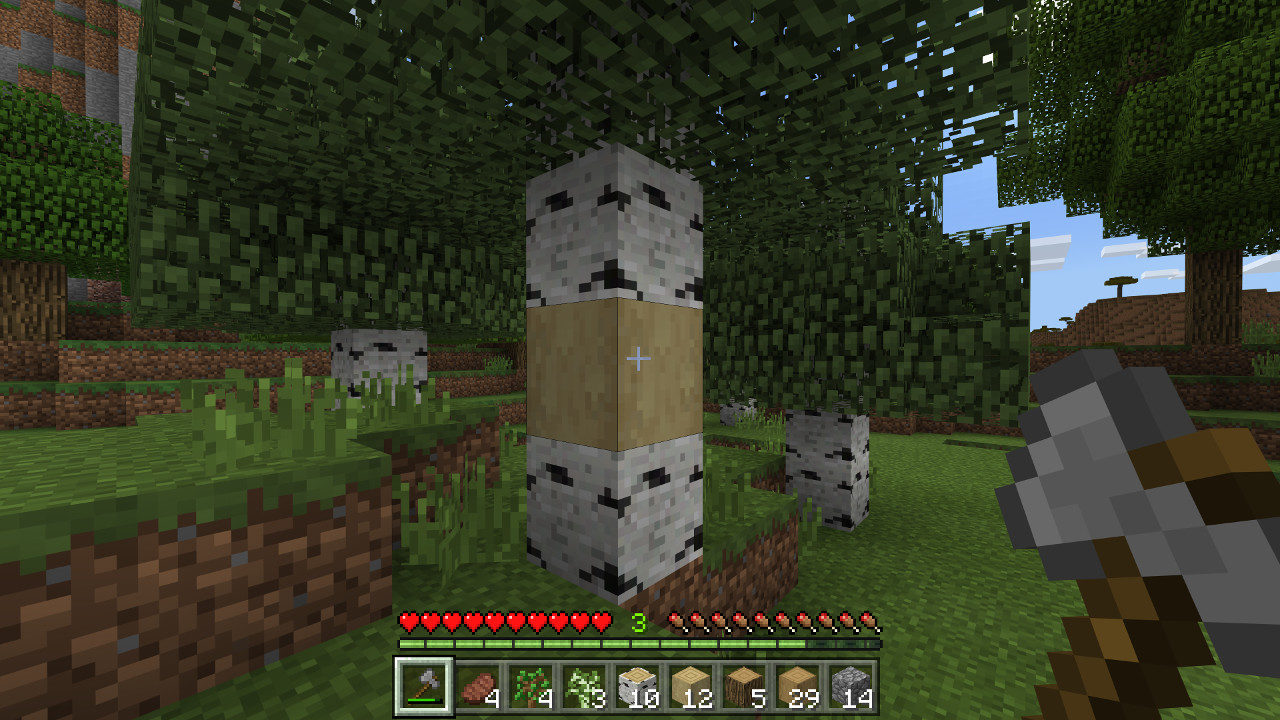 If anything, Minecraft’s resurgence shows us that gaming trends don’t ever really die; they simply lay dormant hoping that they’ll find the right mix of circumstances to help them rise again. Services like YouTube and Twitch (and even Instagram, for that matter) provide a platform for games and other trends to have a “second life” — all it takes is for one person with a large enough following to feel something towards it. It may never reach the same highs that it did the first time around, since there are so many more games to contend with, but they can come back again. There’s always hope.

A really, really great article from you, Luke! I feel like this has all come in addition to Minecraft’s nature as a game: it’s really a platform on the level of something like Mario Maker where people can create the adventure you want to play, and then save it and move on to another one. It’s really a great concept, and I’m sure that’s helped along with all the factors you’ve mentioned in the piece.

[…] Luke produced a very interesting discussion about the perfect mix of circumstances that has brought about Minecraft’s resurgence. […]