Italian one-man studio Jollypunch Games makes its debut with Fly Bunch Boom!, and it’s without a doubt one of the simplest games I’ve ever played. Attempting to capture the high-speed, intense fights seen in some of our favourite anime, Fly Punch Boom! relies on chaotic stages, over the top effects, and rapid quick-time-events (QTEs) to create a multiplayer experience that is as fun as it is ridiculous.

Fly Punch Boom!’s name alone is enough to describe its gameplay: you fly around, you punch things, and those things typically go boom. There’s ever so slightly more to it than that, of course, namely in the way you punch things: you can ram directly into opponents and send them flying, but your battles will more frequently involve a clash, where both opponents need to choose between hitting, countering and throwing in a rock paper scissors-style confrontation. Hit beats throw, throw beats counter, and counter beats hit. You can also ram stage elements to either trigger a special effect, such as a laser beam that shoots across the screen, or simply send them flying into an opponent for some ranged offense. 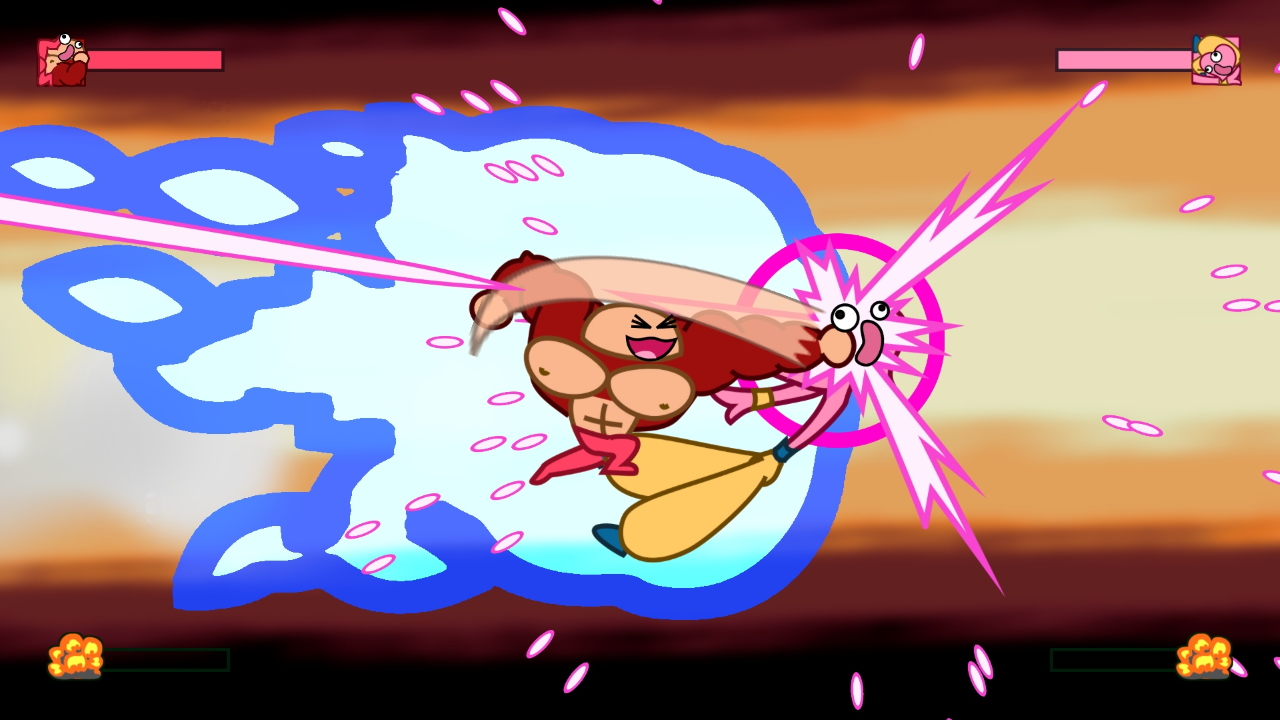 Multiplayer party fighting games are pretty common these days, but Fly Punch Boom! sets itself apart with its reliance on quick-time events. You’ve got a health bar, but my matches rarely ended because my opponent or I ran out of health — most of them ended because someone failed a QTE. The QTEs trigger whenever you get pushed into certain stage elements or knocked far enough out into the stage’s boundary, and you can save yourself if you react quickly enough, with the window to react getting smaller and smaller as you take more damage. This mechanic keeps the battles feeling fast-paced and ensures that players can always make a last minute comeback.

Although it’s a pretty simple game, Fly Bunch Boom! would have benefited greatly from a better tutorial mode. It does teach you the basics well enough, but it could have spent some more time explaining how certain mechanics worked; even after multiple matches, I struggled to understand the teleport ability, which warps you to a seemingly random part of the stage. My main gripe with the tutorial, however, is the fact that it openly neglects to teach you certain mechanics: there’s an on-screen message at the end letting you know that there are even more secret techniques to use. There’s no reason not to teach players about all of the mechanics available to them — it didn’t make the game more fun or more interesting at all, it just made it more frustrating when opponents would start moving around in ways I didn’t know were possible because the game never explained its mechanics. 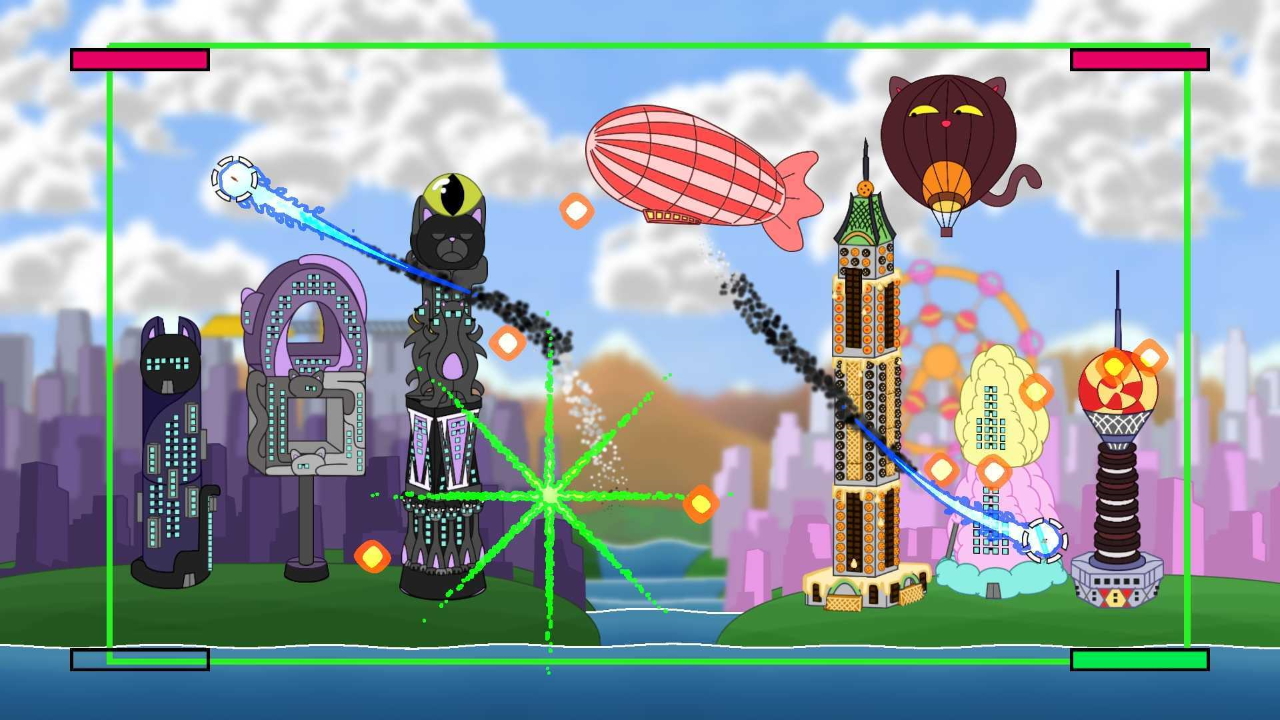 Fly Punch Boom! appears to have been developed primarily as a multiplayer experience, but the game unfortunately had a number of issues with online connectivity. Finding a match online usually took quite a while due to the game’s smaller player base, but even when I did manage to match up with another player, the match would simply not load. The former issue will fix itself up in time, as the player base grows, but the latter is a huge problem for a game that relies on its online experience.

If those issues prevent you from finding a multiplayer game, Fly Punch Boom! does offer a single-player Arcade mode, where you play repeated matches against AI opponents who increase in difficulty as you go through it. Completing the mode with each character will earn you an alternate costume for that character along with a small piece of lore about them, which is nice, but the Arcade mode is the only single-player game mode available to you; the rewards don’t change the fact that it quickly begins to feel tiring. 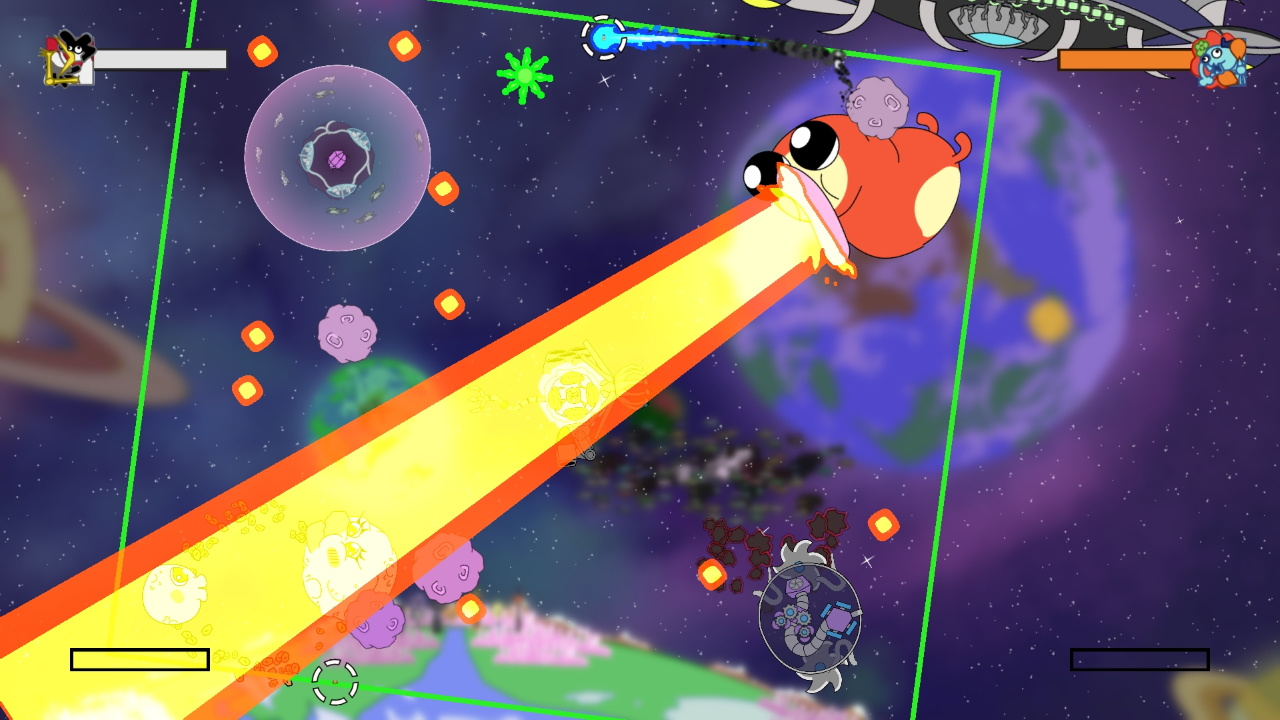 Those minor issues, most of which will work themselves out as the game grows, don’t change the fact that Fly Punch Boom! is a hilariously fun game. It’s a chaotic, confusing, over-the-top mess, but it’s such a fun time that I didn’t even care. Even when I felt frustrated or confused by it — especially when I first started playing — its explosive energy kept me going back for more, and I could definitely see it being a fun party game to play with friends, either in person or online. A solid debut for any studio, let alone a studio consisting of a single developer.

Though it does have some online connectivity issues to contend with, Fly Punch Boom! more than makes up for its lack of properly engaging single-player content by bringing an incredibly fun multiplayer experience to the table.