Before the Switch, Sony’s second handheld wanted to show us the power of a portable

I love my PlayStation Vita, just like the twelve other people in Australia who own one. It’s a wonderful piece of kit with a decent library and sleek hardware design that’s a joy to play on. But even though it was meant to follow the PlayStation Portable, it actually foreshadowed the Nintendo Switch instead. It had the same essential concept: to let you play console-level games on a portable device.

When the Vita launched in early 2012, it was meant to overshadow both the Nintendo 3DS and the simplistic (though rapidly growing) smartphone gaming market. Sadly, it was not to be. 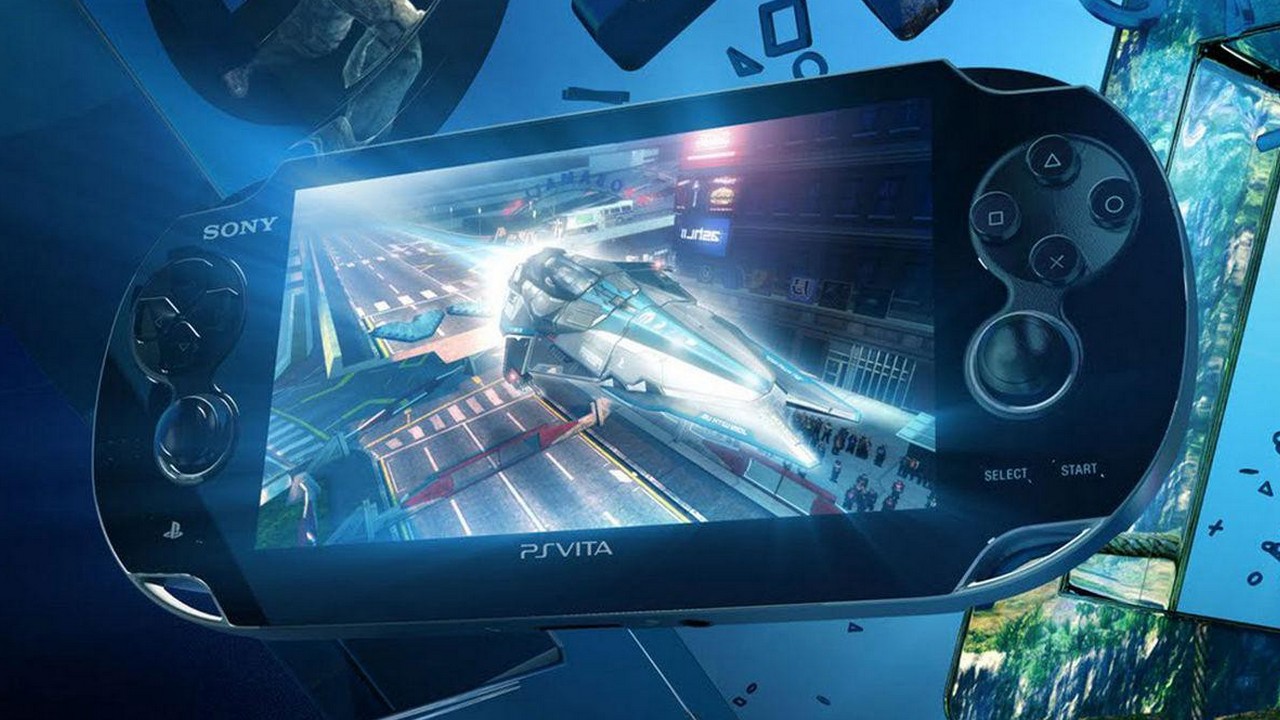 For one, the Vita was expensive. It had an OLED screen, an expensive type that’s common to see on phones now but not in early 2012; even in 2020, they’re still reserved for more high-end devices. There were front and back cameras alongside a push for augmented reality gameplay. Vita-specific proprietary technologies were a major feature, too. Where the rise of Android phones meant handheld devices were expected to conform to technical standards, and Sony wanted the Vita to both resemble and outclass smartphones, here comes the premium-priced Vita with its chunky charging cable, expensive games (relative to both 3DS and smartphones) and crazy expensive memory cards.

Sony hoped to align with Apple’s brand of high-priced, high-quality distinction (this was around the time of the iPhone 4S, which the Vita coincidentally resembles). In contrast to Nintendo’s usual kid-friendly and colourful approach to both hardware and software, the Vita was meant to be the mature, clean-cut alternative that even had an option for mobile 3G support.

Instead, Sony repeated the same mistakes it made with the PlayStation 3, overplaying its hand and coming out swinging with a high-end device that vastly overestimated the Vita’s potential. Sony tried to bridge the gap between your smartphone and your gaming portable by adding cameras and 3G support, but since the Vita could never actually replace a phone, this only highlighted the device’s price tag and overall inadequacy.

Sony assumed that the Vita would immediately find a hungry audience after the PSP, mirroring both the PS3 after the PS2 and the Wii U after the Wii. While the PS3 was able to make it up over time with major price drops and strong first-party support, the Vita launched into a rapidly dwindling handheld market as the smartphone market continued to flourish. Nintendo’s 3DS struggled in much the same way a year earlier — you’d think Sony would take the hint. While the Vita was successful in Japan and found an audience as an “indie machine” everywhere else, it never had a chance at cracking the mainstream. 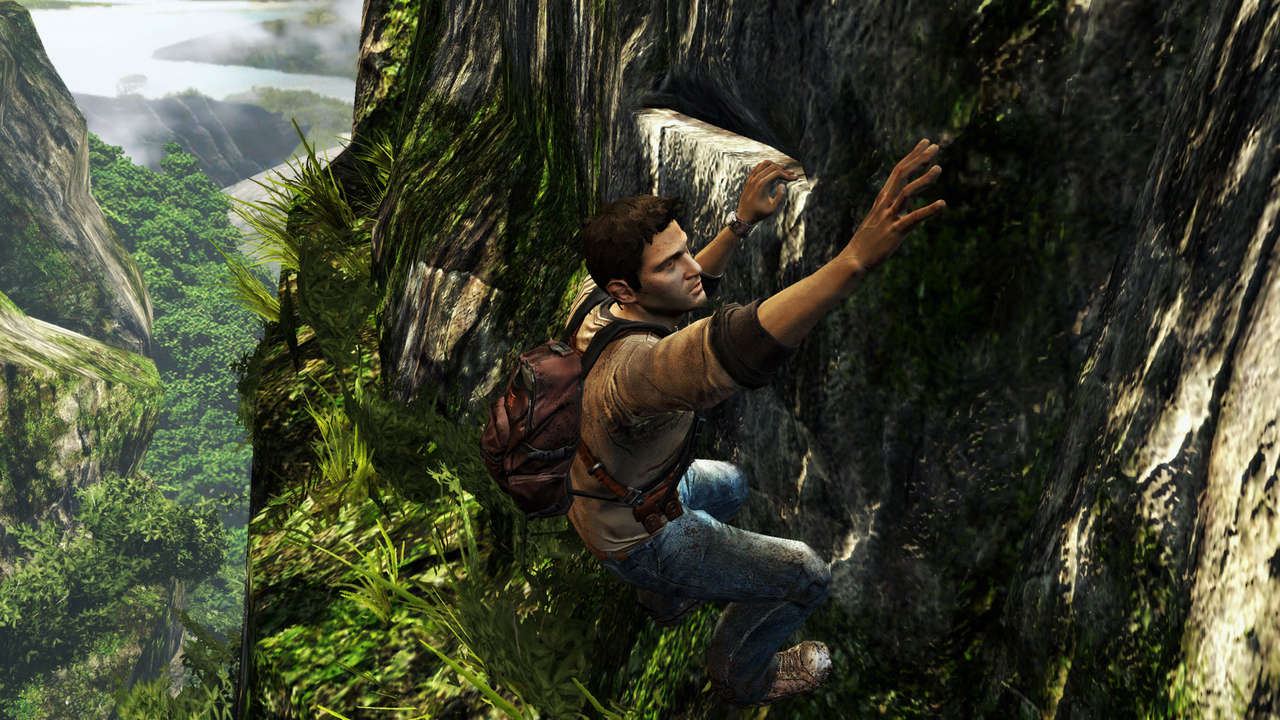 Ironically, the Vita’s launch line-up was actually pretty stellar. It was a robust and varied line-up where anyone could find something they’d want to play. Following in the footsteps of the PSP, I’d argue that the Vita might have the best ever launch slate of any PlayStation hardware.

Outside of Japan, the Vita launched with 25 games across just about every genre, with at least nine major titles releasing soon after launch. Some of these games are very bad, and none of them are “Go Buy a Vita” good, but more than a few are genuinely excellent. That’s more than you can say for almost any other console line-up.

For Sony, what mattered most is that these games exhibited a certain image of the Vita — a PS3 that fits in your hands, that you can take with you — but like everything else with the Vita, its launch slate had a major blind spot. 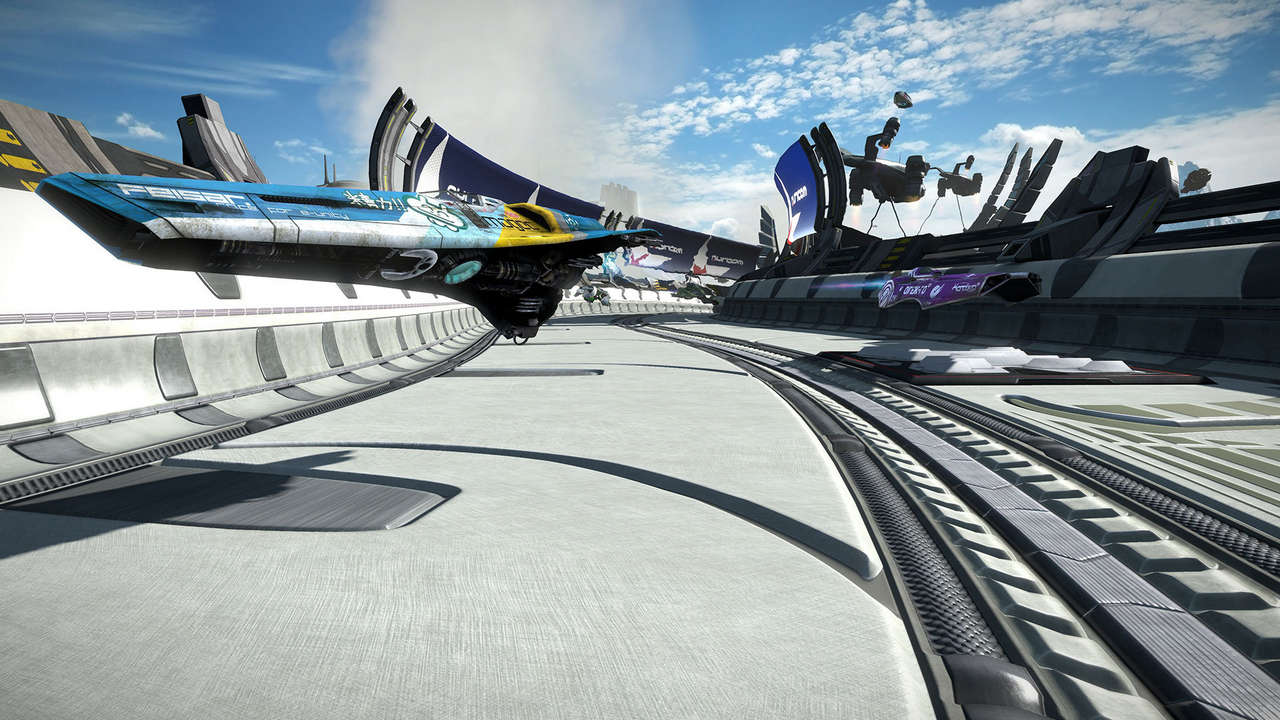 Uncharted: Golden Abyss is the obvious example of what Sony wanted to portray with the Vita. Even though it wasn’t developed by Naughty Dog itself, it’s an official entry in one of PlayStation’s biggest franchises and represents the height of Triple A mainstream blockbusters. In theory, a Vita-exclusive Uncharted game is a big deal, but Golden Abyss wasn’t much of a head turner in the end; trying to mimic the series’ realistic art style on weaker hardware and releasing a few months after Uncharted 3 was a bad combination. For this series, those weaknesses were glaring. Still, it made a convincing case for a pocketable console.

WipEout 2048, too. The WipEout series has always been a hallmark for PlayStation as a technical showcase. It’s even flattering on a conceptual level, being a futuristic racing series that pushed the limits of every console it released on – ergo, the “future” is found on PlayStation. Actually developed by the series’ studio SCE Studio Liverpool before its closure later in 2012, WipEout 2048 was also the first genuinely new entry in the series since the PSP titles WipEout Pure and WipEout Pulse (the PS3 game was more of a remake), which also drew a line from the Vita back to the PSP in a way that no other game but Lumines did.

Dynasty Warriors Next was only really meant for existing Warriors fans, but it reminds me of how Dead Rising fit into the Xbox 360’s gallery early on. It’s the type of game that loudly shouts out the specs of a console with concrete evidence: “look how many enemies there are! And all at the same time! Woah!” I’m making fun of it a little but it really was smart for a Vita launch title. Porting a console-intensive title to a portable device without losing its usual spectacle and appeal is an impressive feat, even if the game itself is an acquired taste.

Just like the Switch, there’s also a handful of current-gen ports: Ultimate Marvel vs Capcom 3, Rayman Origins, BlazBlue, Virtua Tennis 4 and MLB 12 The Show were all console experiences directly ported to the portable with little-to-no changes. However, except for Rayman, there’s also a distinct multiplayer focus compared to single-player hits like The Witcher 3 and Doom on the Switch. That’s another example of Sony’s overconfidence with the Vita, assuming that there’d be enough of an audience early on to sustain multiple online player bases; the assumption that widespread smartphone adoption had created an audience hungry for something like the Vita, when it was exactly the opposite.

The Vita also supported Remote Play for the PS3, just like the PSP did — another notch on Sony’s cultivated “console in your hands” image — but it was barely supported and it barely worked. At least the PS4 version of Remote Play was far better, though that wouldn’t arrive for a while after launch. 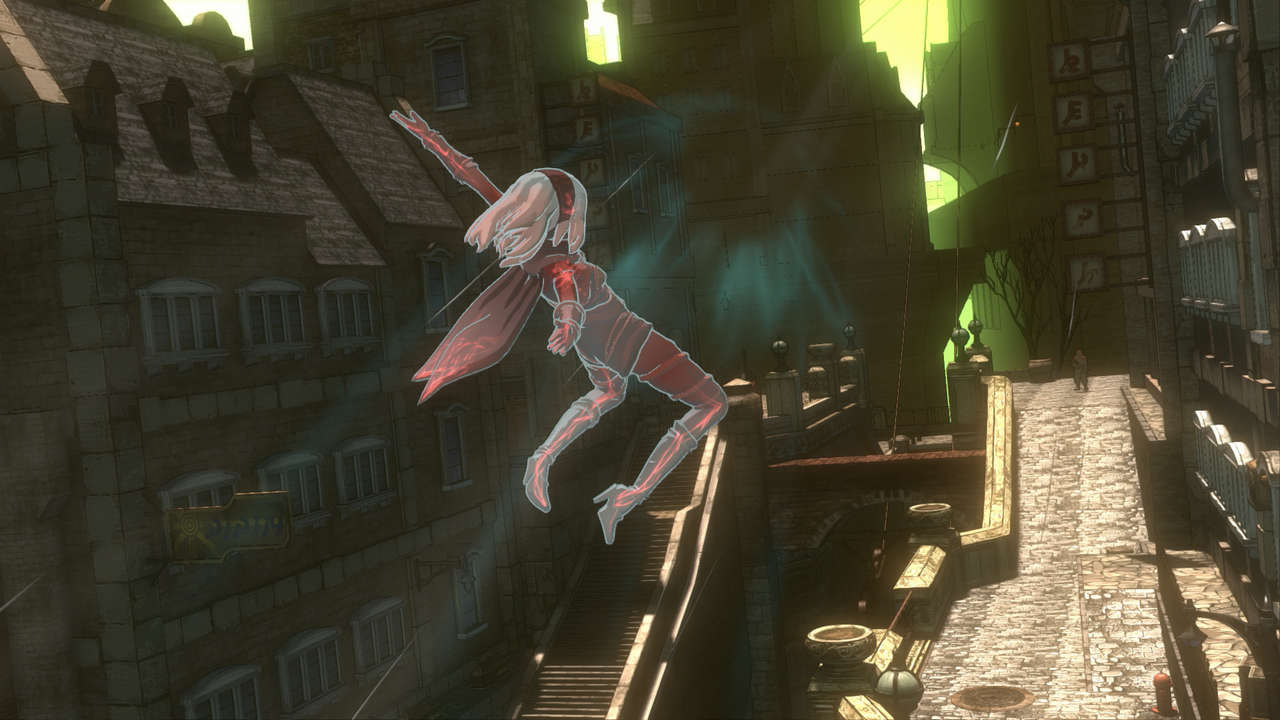 Gravity Rush was probably the best of them all, even if it arrived shortly after launch. It’s easily one of the best depictions of superhero-style “flight” in a video game (even if it’s technically falling with style and direction) and its whimsical Euro-comic art style and fantasy elements really wove together into something gorgeous. You’d never think it came from the same brain behind Silent Hill and Siren.

Gravity Rush made use of the Vita’s gyroscope and touch controls in intuitive ways, arguably pioneering gyroscopic aiming as a natural gameplay device instead of just a gimmick. It was one of the best at showing off the device’s strengths and using its unique control schemes to elevate the experience into a solid, memorable title you couldn’t find anywhere else – at least not until the remastered version hit PS4.

It’s this latter point – unique games you could only find on the Vita – that might be Sony’s biggest failure. Not just in its launch slate, but the device’s entire lifespan.

The initial catalogue embraced the Vita as a portable console experience but, compared to the Switch, it lacked the unique experiences that made the device compelling as an independent platform. If anything, Sony lucked out with the rise of independent games, which filled out its library with quality titles at a lower price (and with a smaller storage cost).

As the Switch showed, players did want something like the Vita. It was just ahead of its time, and too expensive to boot. Players did want console-style games on a portable device and they would pay a premium for that portability. The Vita just wasn’t quite there yet on a technical level.

By focusing so much on exporting console-bound franchises, Sony neglected to build on the PSP’s own success stories: Patapon, LocoRoco, Pursuit Force, Mercury, Ape Escape, Syphon Filter, Gran Turismo, Monster Hunter, God of War, Grand Theft Auto, Metal Gear Solid, and so on. I know some of these are existing console series – an aspect of the PSP that Sony clearly wanted to expand on with its successor – but these games were successful at translating console games into comfortable portable experiences. Sony totally failed to follow-up on this and, by not doing so, it lost those original fans (I’m still salty that we never got a new Patapon). 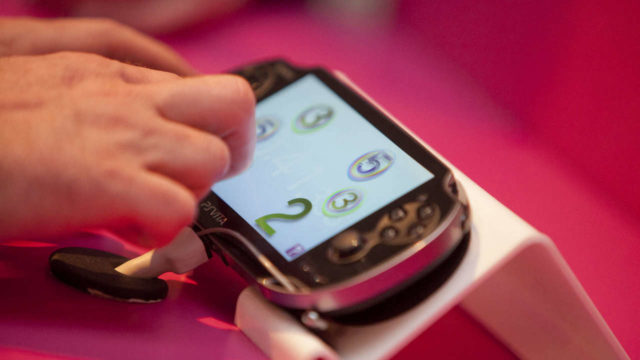 With the Vita, Sony forgot that portables are more like snack food. They’re pick-up-‘n’-go comforts that fill empty gaps of time with short bursts of entertainment, or long bursts of severe claw-like hand cramps. The PSP and Vita were even good at this on a hardware level, where the PSP’s sleep mode evolved into the Vita’s near-infinite suspend state (it lasts for months without charging, it’s amazing).

I’ll always love my PlayStation Vita, but it could’ve been so much better.

[…] the Vita-centric features focused on the console’s push for online play (though Ridge Racer was not the only Vita launch title with this focus). You chose one of four racing teams and were locked-in with the rest of the players who picked the […]