When kicking ass in one series isn’t enough…

Bandai Namco’s latest release, Jump Force, is one of the most ambitious crossovers we’ve seen in a long time. Out in the wild for the past month, the game brings characters from some of the Weekly Shōnen Jump magazine’s most popular anime and manga franchises, along with all of their unique powers, abilities and personalities into one fighting game roster. Of course, Jump Force isn’t the first title to bring multiple beloved franchises into one game; the fighting genre in particular has seen a plethora of memorable “guest appearances” over the years – let’s take a look at a few of them! 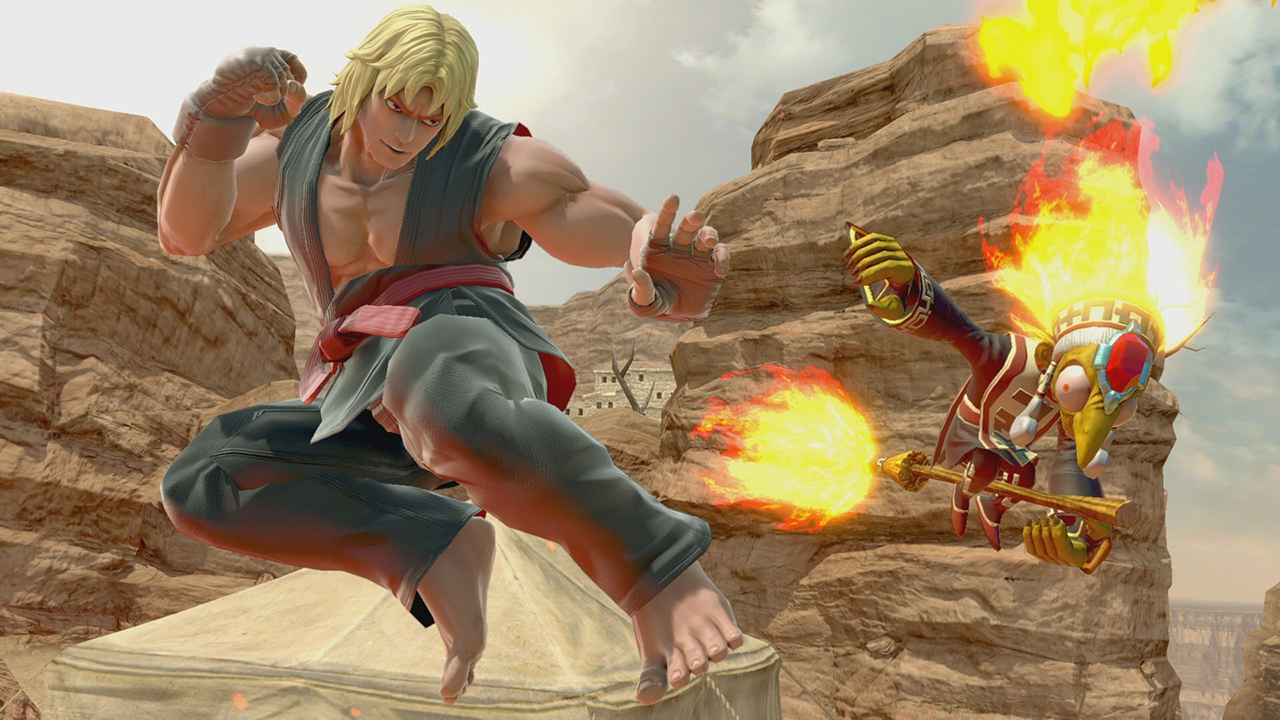 Probably the most obvious example on this list, Super Smash Bros. was far from the first fighting game to include guest characters, but it’s certainly the best-known application of the idea. Even if you exclude Nintendo’s first-party characters, you’re still left with characters from some of gaming’s biggest franchises, including Street Fighter, Final Fantasy, Metal Gear Solid and Castlevania, but arguably the biggest name to make a Smash Bros. roster was Sonic the Hedgehog, who made his franchise debut in Super Smash Bros. Brawl. Since then, we’ve seen Smash’s guest characters implemented as more than just playable characters, with additional guests appearing as assist trophies and/or spirits as well. 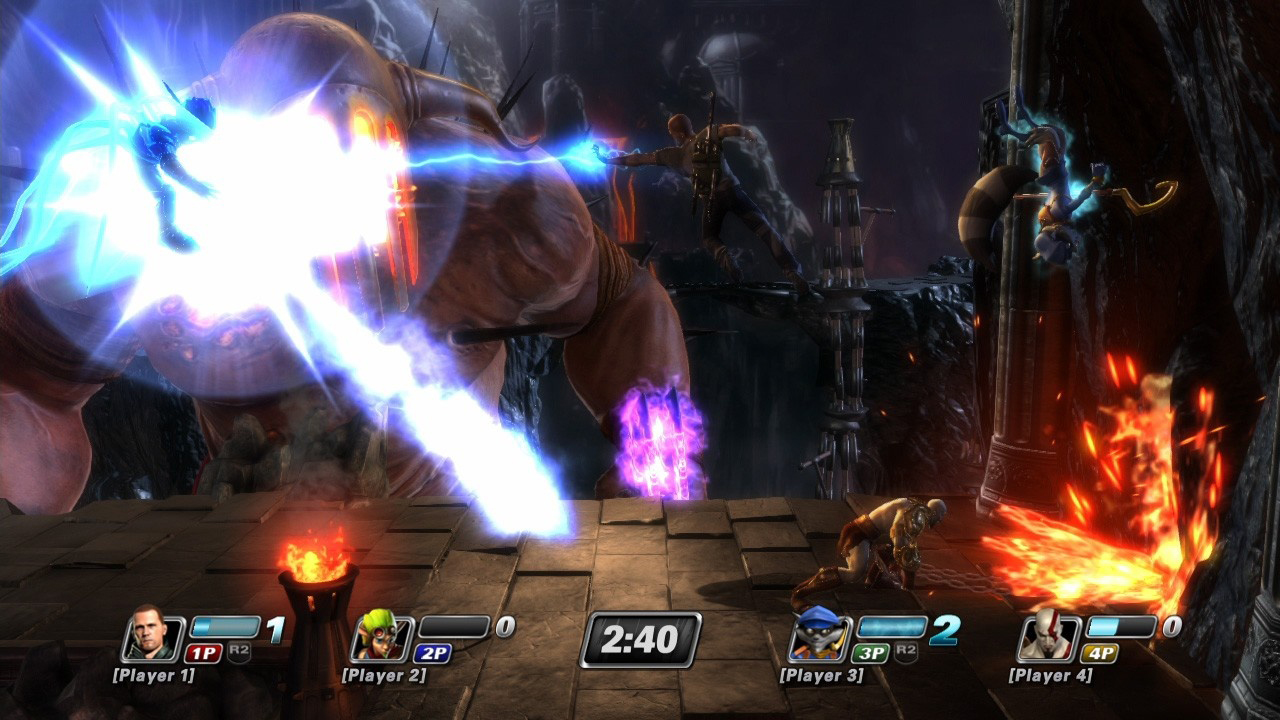 It took Sony 13 years to respond to Super Smash Bros.’ resounding success by releasing its own first-party mascot fighter late in the PlayStation 3’s lifespan. PlayStation All-Stars Battle Royale didn’t have as many characters as Smash Bros., but it covered a large portion of the PlayStation line’s history with playability characters include God of War’s Kratos, LittleBigPlanet’s Sackboy and Uncharted’s Nathan Drake. It rounded out its first-party roster with well-known third-party characters including BioShock’s Big Daddy, Dead Space’s Isaac Clarke and Tekken’s Heihachi Mishima to bring its offering to a respectable 24 playable characters. 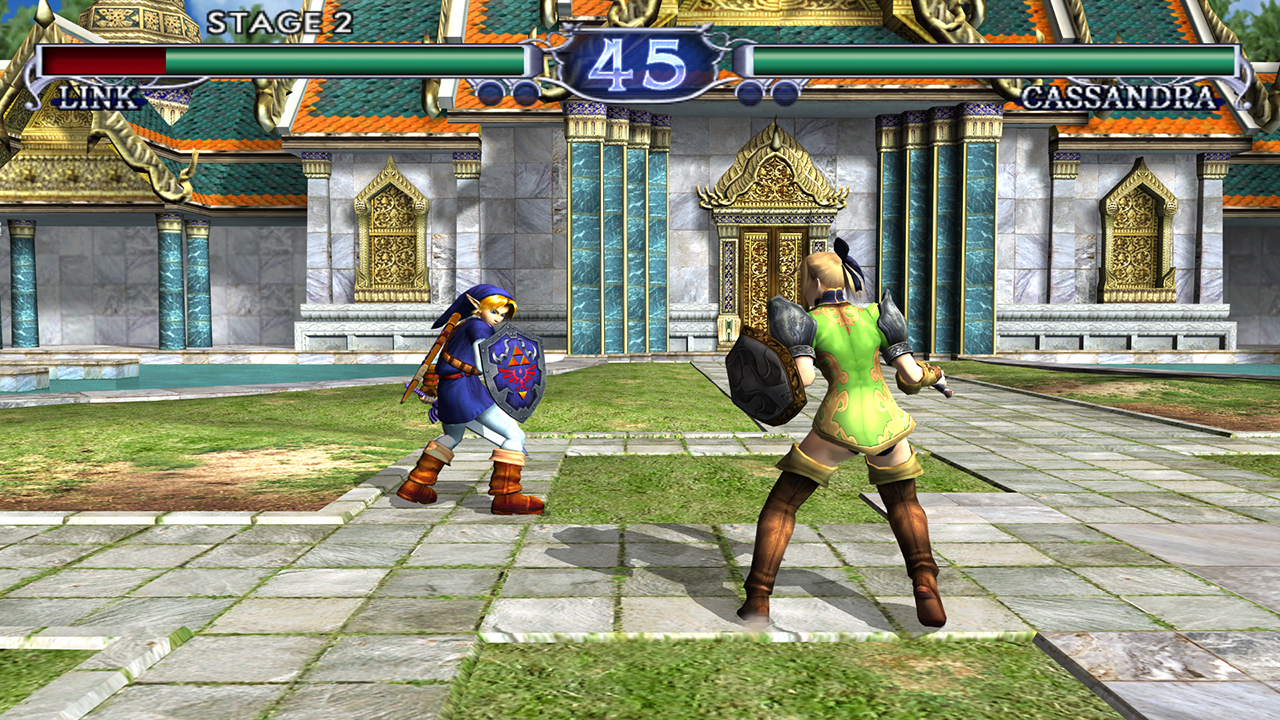 Unlike the two entries above this list, Soulcalibur has its roots in a fighting game with its own lore and world of characters, but has commonly added to its roster by introducing characters from other franchises as console-exclusive bonuses. Soulcalibur II, for example, featured Heihachi as a PlayStation-exclusive while The Legend of Zelda’s Link and the comic book character Spawn were exclusive to the GameCube and Xbox versions, respectively. Similarly, Soulcalibur IV offered Darth Vader as a PlayStation exclusive and Yoda as his Xbox counterpart, until they were released as downloadable content on the other console. Unlike Super Smash Bros., however, these guest characters have never returned to the series due to licensing; Soulcalibur VI’s launch-day lineup featured The Witcher’s Geralt of Rivia, while Bandai Namco released NieR: Automata’s 2B as downloadable content in December. 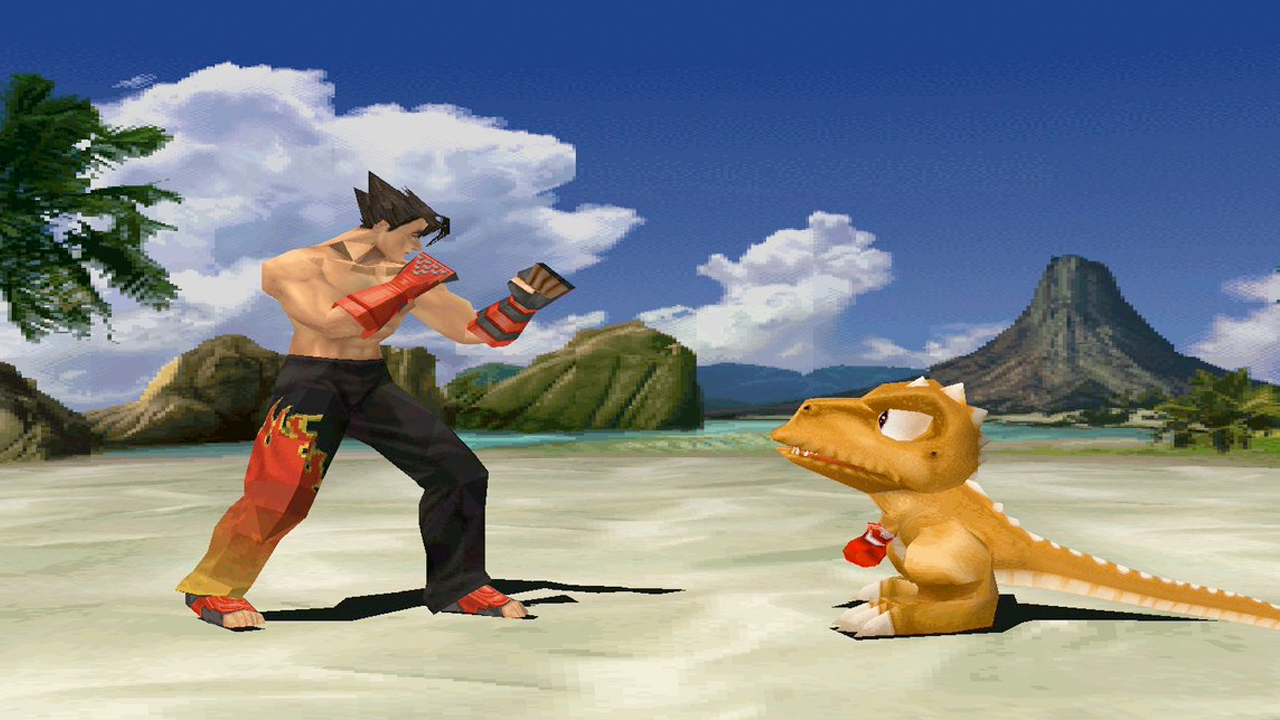 We’ve seen that Heihachi has made guest appearances in other fighting games, but his home series is no stranger to the concept itself. Another Namco franchise, Tekken 7 has several characters from other franchises, including Final Fantasy XV’s Noctis Lucis Caelum, Street Fighter’s Akuma and The Walking Dead’s Negan as downloadable characters. Additionally, the Yoshimitsu featured in Tekken is a direct descendant of the Soulcalibur fighter of the same name, and is worthy of a mention despite having debuted four years before his ancestor. Perhaps the strangest entry into this list, however, is the inclusion of Gon in Tekken 3. The diminutive dino came from a relatively unknown manga (in the West), but he kicked all kinds of ass, especially in the Tekken Ball mode. 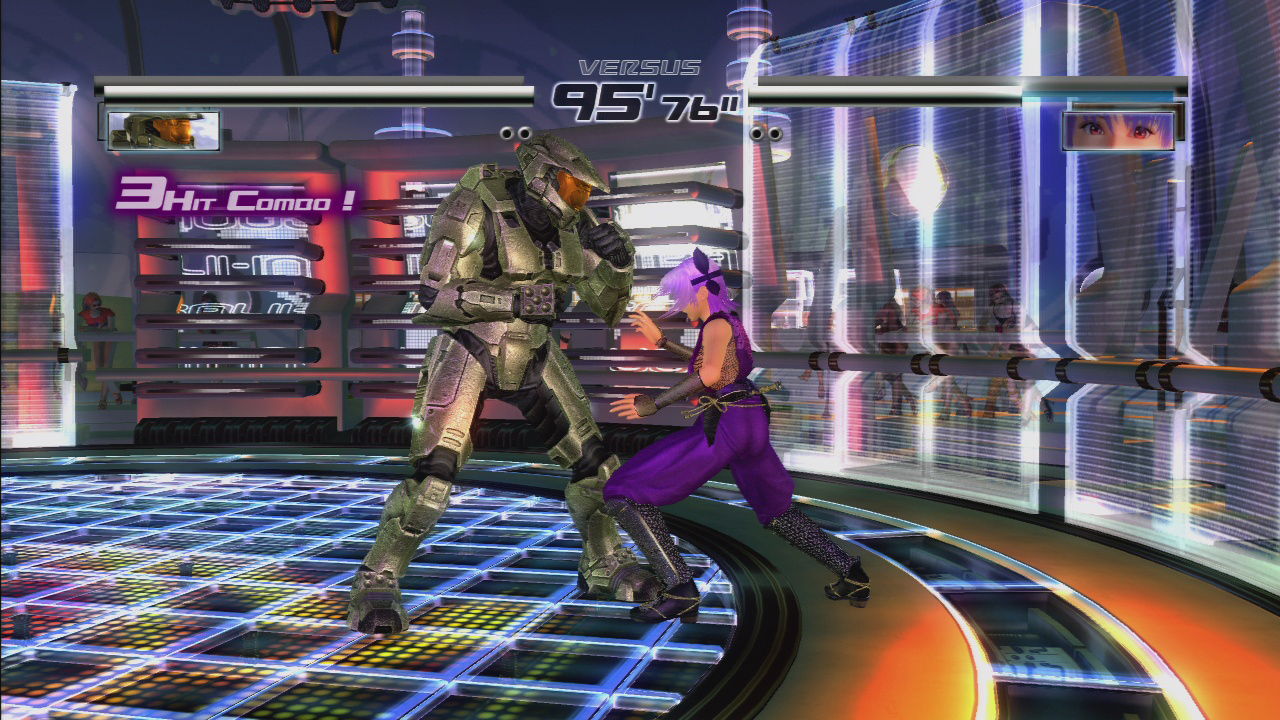 Dead or Alive didn’t begin to explore guest characters until its fourth incarnation, where it started with a peculiar one: SPARTAN-458 (also known as Nicole-458), who wears a suit of MJOLNIR armour like the ones found in the Halo franchise despite making her first appearance in any game in Dead or Alive 4. She would later go on to be referenced in subsequent Halo games. From there, Team Ninja went on to add Virtua Fighter’s Akira, Jacky, Pai and Sarah to Dead or Alive 5’s roster (Jacky debuted in Dead or Alive 5 Ultimate), and also added Fatal Fury’s Mai Shiranui as part of a 2016 update.

Guest characters have appeared in the Mortal Kombat franchise ever since the 2011 series reboot, when NetherRealm Studios took over its development. Aside from God of War’s Kratos, who was available on the PlayStation 3 version of Mortal Kombat, the majority of the guest cast come to us directly from horror films: A Nightmare on Elm Street’s Freddy Krueger was available as DLC on Mortal Kombat, while Mortal Kombat X added Friday the 13th’s Jason Voorhees, The Texas Chainsaw Massacre’s Leatherface and the eponymous Alien and Predator characters. Each character had their own unique movesets based on their abilities in their films, and their own unique Fatalities to make this a very fitting crossover. 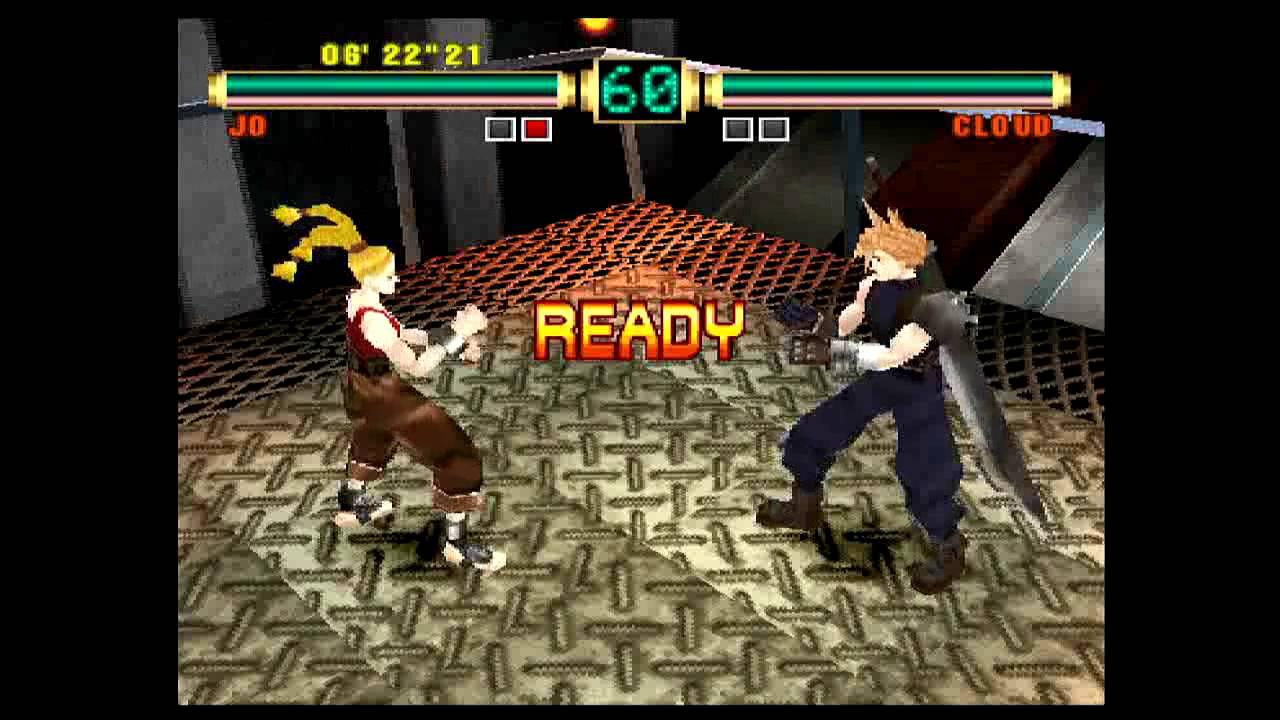 Although DreamFactory’s arcade/PlayStation fighting game did feature its own cast of 11 characters, its most notable characters were those from the immensely successful Final Fantasy VII, which had released the previous year. Cloud Strife and Tifa Lockhart were available from the beginning in both the arcade and PlayStation versions, while Sephiroth was exclusive to PlayStation, with three further PlayStation-exclusive characters in Vincent Valentine, Yuffie Kisaragi and Zack Fair unlockable through story progression. Additionally, the game’s sub-boss, Django, bears a strong resemblance to Red XIII (with a red-furred alternate costume to boot), and his attacks are named after Red, his father Seto, and various summons from the Final Fantasy series.

The WWE titles have almost always had an array of legendary WWE Superstars from years gone by, but unless you count the Colonel Sanders attire featured in WWE 2K18, WWE ‘13 is the only one to feature a playable character that isn’t a WWE Superstar: legendary boxer Mike Tyson. The game featured several important moments of the late 90s era of the WWE known as the Attitude Era, including the memorable confrontation between Tyson and Stone Cold Steve Austin in January 1998. 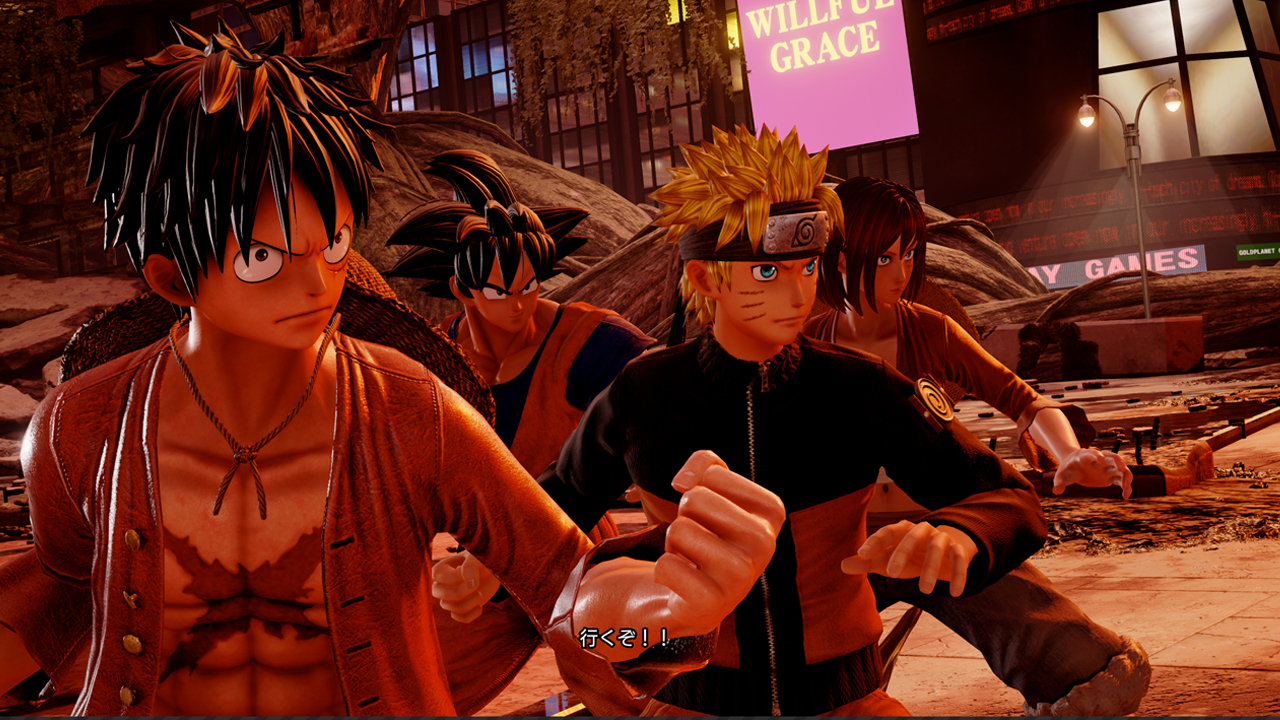 Of course, this list ends with the game that inspired it. Jump Force’s roster consists entirely of characters from some of the most popular manga franchises to appear in the Weekly Shōnen Jump magazine. The game features 42 characters from 16 different franchises, including Bleach, Dragon Ball, Hunter x Hunter, My Hero Academia, Naruto, One Piece and Rurouni Kenshin, who come together on one roster to fight and save Earth from total destruction.

With this list now out in the wild, who has been your favourite fighting game guest star? Did they join a roster that’s made this list, or is there a franchise you’d add to it? Let us know in the comments below, or on our social media!