Multiplayer Party Games are The Evolution of Couch Co-Op

Everyone’s playing Fall Guys and Among Us online, and it reminds me of the good old days

If you’re anything like me, you probably have beautifully distinct, nostalgic memories of playing The Lord of The Rings: The Two Towers campaign in co-op mode with a couple of your best mates, or growing up playing old-school Mario Party or Mario Kart on your Nintendo 64, or banning Oddjob and ensuring your friends didn’t screen-cheat during your “friendly” GoldenEye 007 sessions.

Couch multiplayer gaming has become somewhat of a hazy, retro memory due to the rise of the internet and the capability to play online multiplayer. In all fairness, online multiplayer is a thing of beauty, allowing players all over the world to stay connected and play with anyone in the world in real time, regardless of their geographic location, but it’s only natural to get that warm, fuzzy feeling inside when you think back to those glory days of playing games on your mum’s couch at your tenth birthday party with a box of Barbecue Shapes, party pies and cups of Sunkist — it was a hell of a time!

It does seem that history likes to repeat itself, albeit with some modern touches, as the worldwide gaming community has spent the past few months collectively falling in love with games like Among Us and Fall Guys — games that emulate the same shared experience that couch co-op offered us back in its heyday of the ‘90s and 2000s and taken the multiplayer party game concept into the digital era. In a year where a global pandemic has meant that we can’t see our friends in the same way we’re used to, it’s fitting that gamers around the world have chosen these online “party games” to help keep in touch with their friends and have some fun together. 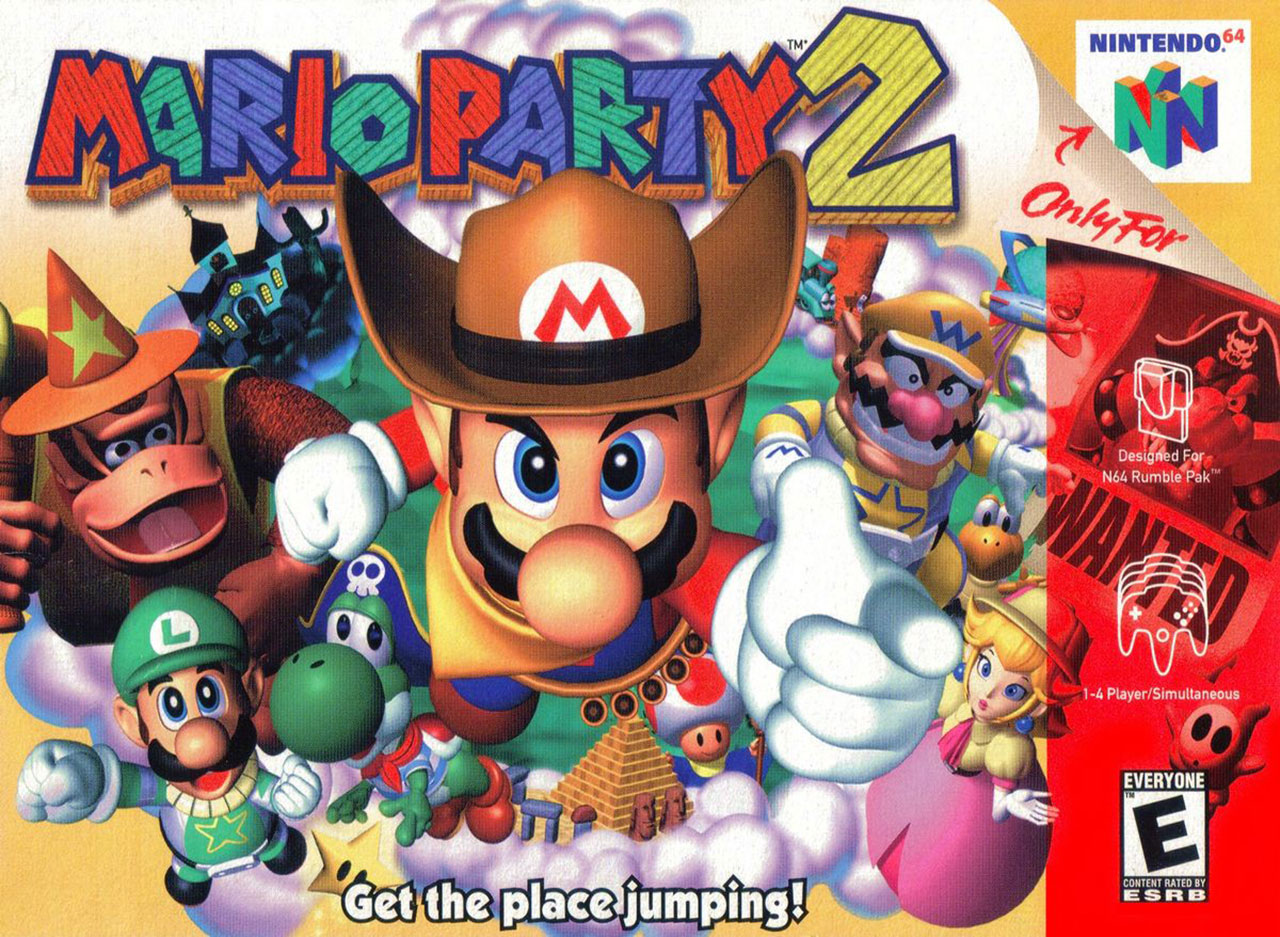 If we can’t have a couch co-op resurgence, can we at least have cowboy Mario back? Mamma Mia!

Online party games have been around for years now, but the current fixation with them kicked off back in August, when Fall Guys: Ultimate Knockout went live on PC and PlayStation 4 and immediately became a hit, amassing 1.5 million players in its first 24 hours in the wild. It’s essentially a game show-style battle royale in the vein of Wipeout or Takeshi’s Castle (a.k.a. MXC), where players navigate five rounds of obstacle courses that eliminate a number of players per round until only one player remains. It’s also vibrant, loud and colourful enough to keep you awake playing it literally all night, if that’s what you want to do with your life (I do).

On the other end of the spectrum, however, lies Among Us, which only came to prominence this past September after its release back in 2018. Among Us is a social deduction game based on the live party game Mafia (a.k.a. Werewolf) and set on a spaceship; it requires four to ten players to complete a series of mundane tasks either in a spaceship, a headquarters-style building or a planetary base, with one or more of those players being cast as the Impostor — completing bogus tasks, sabotaging the ship and killing crew members. Simply put, the Crewmates must band together to determine who the saboteur is and throw them out of the building or airlock, and the Impostor(s) must avoid detection until they’ve killed enough Crewmates or sabotage the mission beyond repair. Although it’s a game rife with accusation, confrontation, and paranoia — even psychological manipulation, if you feel like playing real dirty — it’s actually a really fun game to play with your mates… I promise. 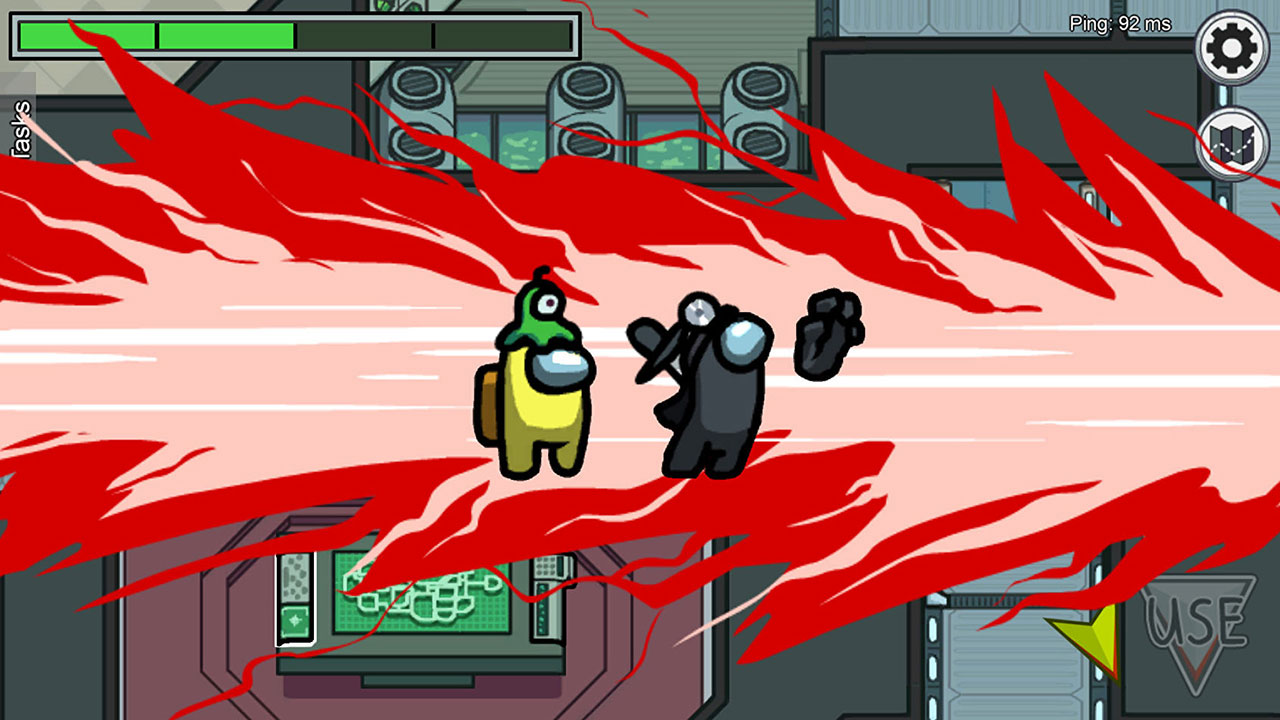 Among Us turns murder and deceit into a surprisingly fun party game.

These games aren’t quite the same couch co-op experience some of us will remember from our days of playing Mario Party (which still holds up on the Switch, of course!), but they’re almost like a digital evolution of some old favourites. There’s a sort of futuristic fun in playing a few rounds of Fall Guys while on a Zoom call with friends playing in the same round, or playing Among Us with friends from around the world. If you happen to be living with a person who is also playing and you’re lucky enough to have the resources, you can even host a mini LAN party with multiple screens, giving your gaming experience even more of a “classic couch co-op party” feel.

The digital landscape is surely a blessing for party games as they experience a revitalisation in the form of online multiplayer party games. The Jackbox Party Pack, released back in 2014, helped forge a path for more recent games, by allowing players to use their phones to play party games locally, much in the same way we used to connect a “player 2” controller to our Playstation 2 and play X-Men: Legends (side note: I will now be campaigning for an X-Men: Legends reboot). Games like Fall Guys and Among Us have taken this to the next level, allowing friends to have a shared, fun, party gaming experience at any time, from any location all over the world.

Although couch co-op might be a relic of years gone by, we can only hope that the resurgence of the online party game will lead more developers to create more games that replicate the experience of coming together around one screen and having a night of fun even if we’re not physically sharing a couch, a city or even a country with our friends. After all, this resurgence — especially during The Year of Social Distancing™ — has gone to further demonstrate the beauty of video games as a source of shared interaction and fun, and their ability to recapture the fondest memories of our childhoods is a powerful reminder of the positivity and beauty of video games as an art form.

Ryan is a broadcaster and entertainment journalist who is as much of a die-hard for Mass Effect as he is for Taylor Swift. His love for gaming started with Donkey Kong Country and Mario on the SNES and grew into a love for the broad narrative and interactivity that only gaming can offer. Today, Ryan's days consist of creating TV and radio shows with RMITV and SYN Media, maining Pichu in Smash Bros, and daydreaming of completing a couch to 5k program.

[…] Ryan Hall made his Doublejump Debut by sharing his view of multiplayer party games like Fall Guys and Among Us as the logical evolution of couch co-op gaming.  […]

[…] lockdowns, and it remains a pure delight to play now that I’m allowed to leave the house again; I wrote a piece a little while ago comparing online multiplayer games like Fall Guys to old-school c…, and I stand by that. Fall Guys works perfectly when played with a group of friends online, with a […]