E3 2019: Xbox has Never Been This Compelling

Microsoft holds momentum as we head into next-gen

This year was Microsoft’s to lose. Ever since Sony followed Nintendo’s lead and pulled out of the annual conference (though it’ll probably be back next year), Microsoft was in the best position to dominate this year’s E3.

And did they ever. 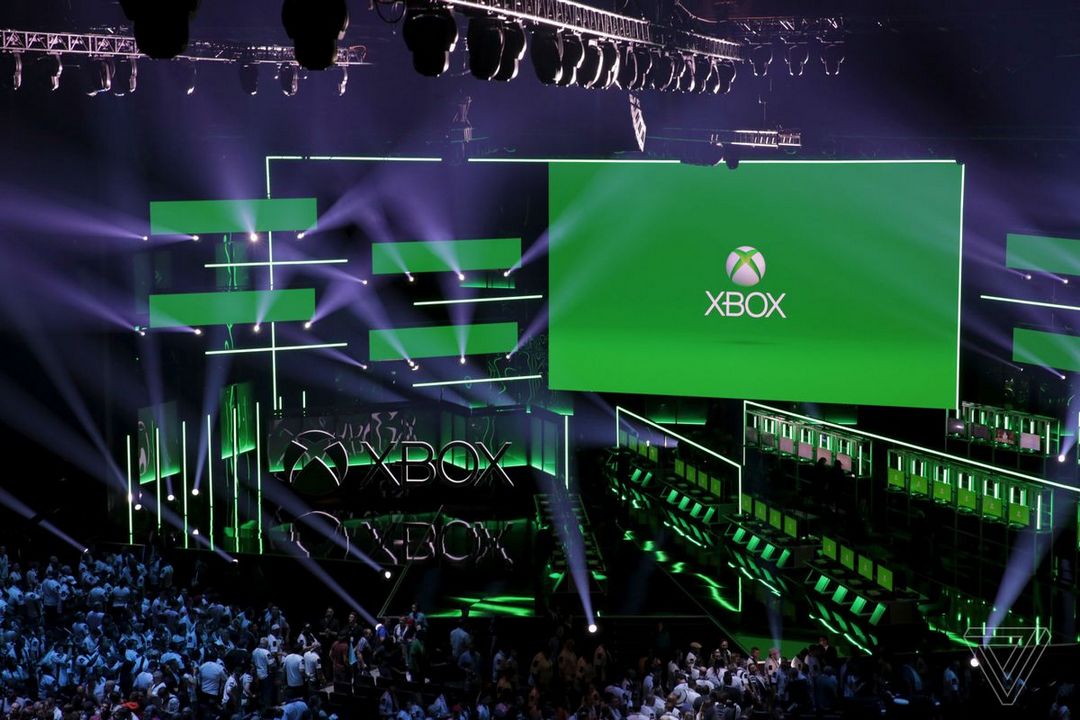 First of all, Microsoft succeeded in keeping the show positive, upbeat and laid back. We already knew of a few announcements ahead of time – namely the Borderlands 2 DLC, FROM Software’s Elden Ring, Game Pass for PC’s imminent release and Ninja Theory’s Bleeding Edge. At least in my eyes, though, it’s part of why the Xbox keynote was such a success. A lot of what Microsoft showed off were either reveals of smaller games or new trailers for games we already knew about (even Elden Ring, losing its reveal impact, was fantastic in the quality of the teaser itself). There weren’t any huge surprises (outside of Phantasy Star Online 2, cos holy shit) and it gave the 4 AM stream (yay Perth) a relatively lax and low-stakes atmosphere.

It was a lot like Microsoft’s showing at E3 last year. A fast-paced, sometimes apologetic flood of trailers and footage with robotic PR speak kept to a minimum (something Xbox have always had trouble overcoming; relying on Phil Spencer remains a smart call). Trailer after trailer that, while sometimes edited together overdramatically, kept you paying attention. You’ll lose interest in one game – I couldn’t care less about Gears 5 personally – before Microsoft pulls you back with something new and different. 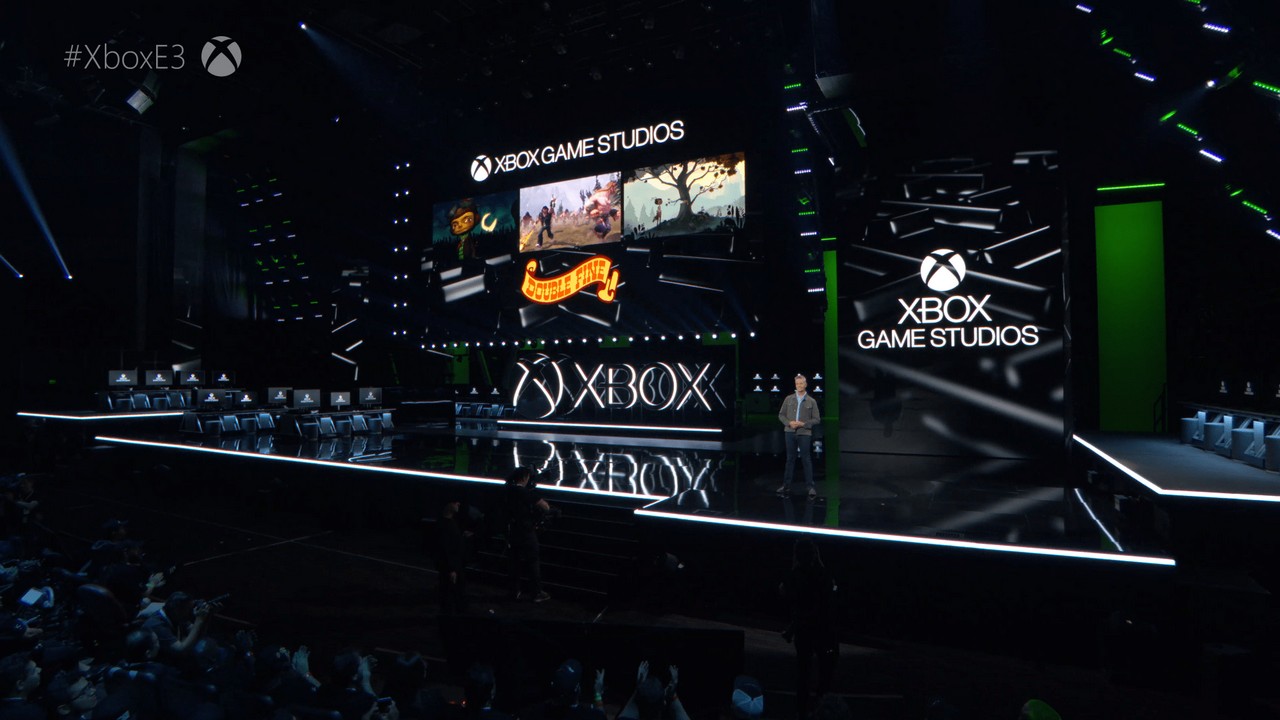 It was also a showcase for Microsoft’s fresh stable of first-party Xbox studios. The follow-up to last year’s conference where Microsoft revealed its acquisition of Undead Labs (State of Decay), Playground Games (Forza Horizon), Ninja Theory (Hellblade) and Compulsion Games (We Happy Few), as well as Obsidian Entertainment (The Outer Worlds) and inXile Entertainment (Wasteland 3) at XO18, the 2019 conference was a victory lap that hammered that particular point home. Trailers for Wasteland 3, Xbox Game Studios’ Ori and the Will of the Wisps, Ninja Theory’s Bleeding Edge, Mojang’s Minecraft Dungeons and Rare’s Battletoads revival, capped off by the surprising announcement of the acquisition of long-time indie outfit Double Fine Productions (Psychonauts 2). This was Microsoft showing that it truly has an exciting, varied first-party line-up. It was declaring that this particular gap in its platform has been undisputedly filled and now people can shut up about it once and for all.

There was genuine variety, too, and was far more focused on an all-ages branding for the company moving forward. Though only a handful were exclusive to the console, I adored what we saw of Thunder Lotus Games’ Spiritfarer (currently my game of show), Ori looks incredible, I’m all in on LEGO Star Wars: The Skywalker Saga (especially if TT Games is really dropping voice-acting for this entry), Battletoads looks slick and fun, Nomada Interactive’s 12 Minutes looks incredible and Bleeding Edge is the Anarchy Reigns successor I live for. 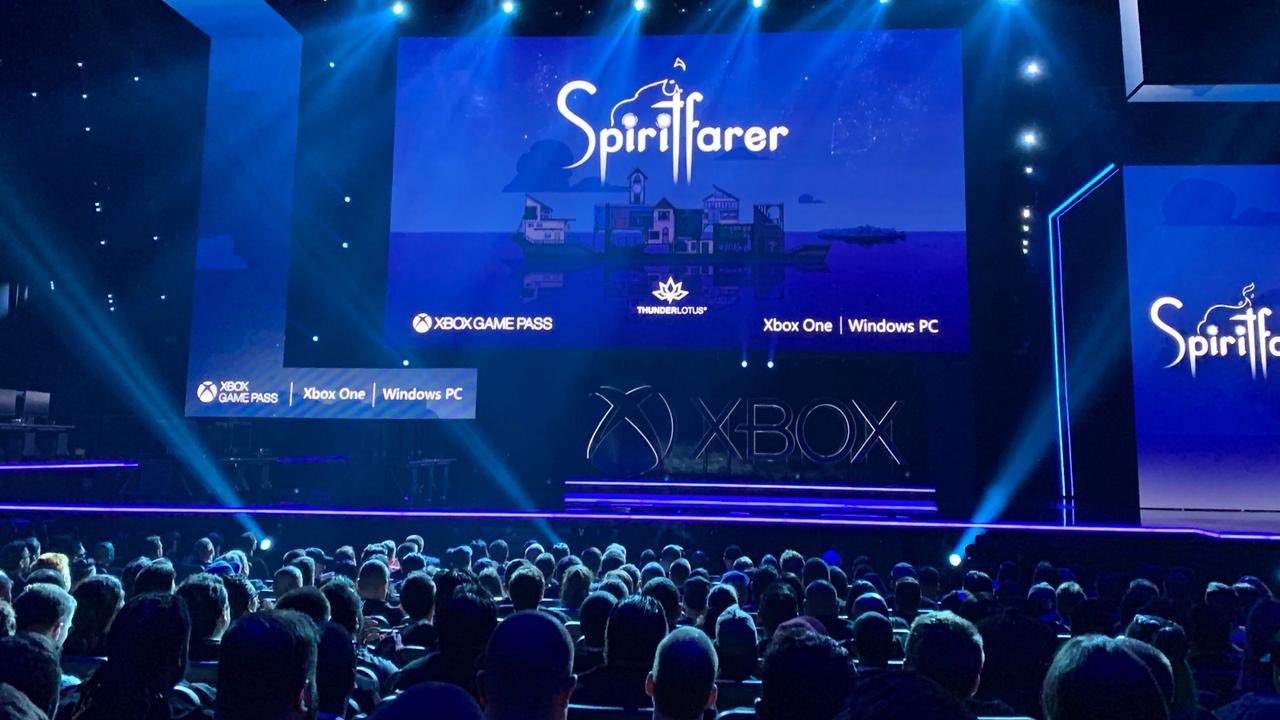 I know I keep framing this politically and I’m sorry – but it’s a smart play in Microsoft’s rivalry with PlayStation and cleverly targets a blind spot in Sony’s current line-up of almost-exclusively “mature” and M-rated titles. Even the Project Scarlett reveal and its spiel of technical jargon felt like a jab at the quiet reveal of Sony’s next-gen hardware in April, while the trailer for Halo Infinite seemed like Microsoft took a page from Nintendo’s book in launching its next console with a major first-party release. (Yes, I know that Microsoft mentioned Halo for the original Xbox but considering Halo wasn’t the super-heavy franchise back then that it is today, the Switch’s Breath of the Wild is a more apt comparison to me.)

The focus on the Netflix-like Game Pass was expected but it’s still the platform’s most compelling aspect. Bolstering the library with releases like Metro Exodus, Astroneer, Hollow Knight and Shenmue, and celebrating the service on stage, Microsoft followed up its strong 2018 showing with a showcase of variety and value. E3 2019 was a continued resurgence as Xbox heads towards the next frontier of cloud gaming and Project Scarlett.

After a decade of just Sony and Nintendo consoles, it’s getting hard to resist the pull of Xbox.

I thought it was pretty empty. Figures with next gen coming up. What bothers me is Sony had even more nothing to bring and just didn’t show. Xbox fans got DLC and a launch Halo game for a new console that should have had some major key features that set it apart laid out to pave the path towards a healthier Xbox. Full on BC with Gold tied to MP usage. Big things that will set it apart.

In hindsight, yeah, I largely agree with you (especially after Nintendo’s stream). But as someone who doesn’t have an Xbox and hasn’t wanted one for about a decade, they did a better job of getting me interested in the platform than I expected.

Also, assuming Sony are building up to a dramatic E3 showing next year (saving up all the project reveals they can), it was smart of Microsoft to get their foot in the door early with next-gen talk. 2020 should be way more competitive.

Sony has still several big AAA games coming in the next 12 months. They have more PSVR exclusives coming up than Microsoft games for XBox One, that should tell you all you need to know.
Main reason Sony didn’t show up this year was them having a big 25th anniversary PSX in December.

If anything this E3 showed that MS have given up on this gen and XBox One already. They didn’t manage to make 1 new interesting game in 6 years and this show full of multi-platform titles and CGI trailers really didn’t hype anyone. If anyone buys an XBox these days it’s because they are basically giving it and its games away for free.