Welcome to the magical world of video games, reader. Dreamscaper is about an artist named Cassidy who moves across the country to escape family problems that arise after her sister passes away. She plays a lot of video games (which may explain why her dreams have started to resemble one) and tries to socialise with her friends and colleagues… I’m starting to feel unoriginal.

I love roguelikes. They cost a fraction of what you pay for a “AAA” title, don’t take long to download and you can play along with a podcast. Before you know it, it’s 4 a.m., three deadlines have passed by and you’re screaming at your mouse. Dreamscaper is a roguelite — a roguelike where you make gradual progress with each run instead of losing everything upon death — but its gameplay is no less addictive… and I wasn’t kidding about the deadlines. Since Dreamscaper is about an artist, let’s start with the art. Overall, I like it. It’s cohesive, with a painted look that adds a dream-like quality to every scene. Enemy designs are diverse, fit their physicality and clearly signal how that enemy is about to ruin your run. Levels are visually distinct and vary in colour and location. But the best designs are kept for the bosses, which ride a strange line between terrifying, majestic and beautiful. The only potentially off-putting part of the art style is the decision to make characters faceless, though this discomfort fades over time — and does make perfect sense when considered as an aspect of the narrative. The artists at Afterburner Studios have truly made a visually captivating experience.

In terms of gameplay, Dreamscaper does a good job of juggling quite a few combat mechanics and offering players a lot of avenues for playstyles. Broadly speaking, there’s ranged combat with limited ammunition, melee combat and “lucid attacks” (which are basically spells on a cooldown). Within those categories, though, there’s a variety of weapons: slower, heavier weapons with more reach, utility buffs, quick attacks with knockback, and so on. The loot system works well enough that in nearly 40 hours of gameplay, there were only a handful of runs where I didn’t find anything worthwhile (though that may be because of my play style), but even those runs can be useful for the other half of the game.

While Dreamscaper’s combat takes place in Cassidy’s dreams, there is gameplay in the waking world, too. You craft gifts for a diverse group of colleagues and acquaintances using a resource called “inspiration” that you earn during your dreams; in return, you get conversations about the challenges of ageing, dealing with depression and Cassidy’s backstory. You also get bonuses for the dream-world gameplay that last between runs, which you can select between levels and which complement different play styles. 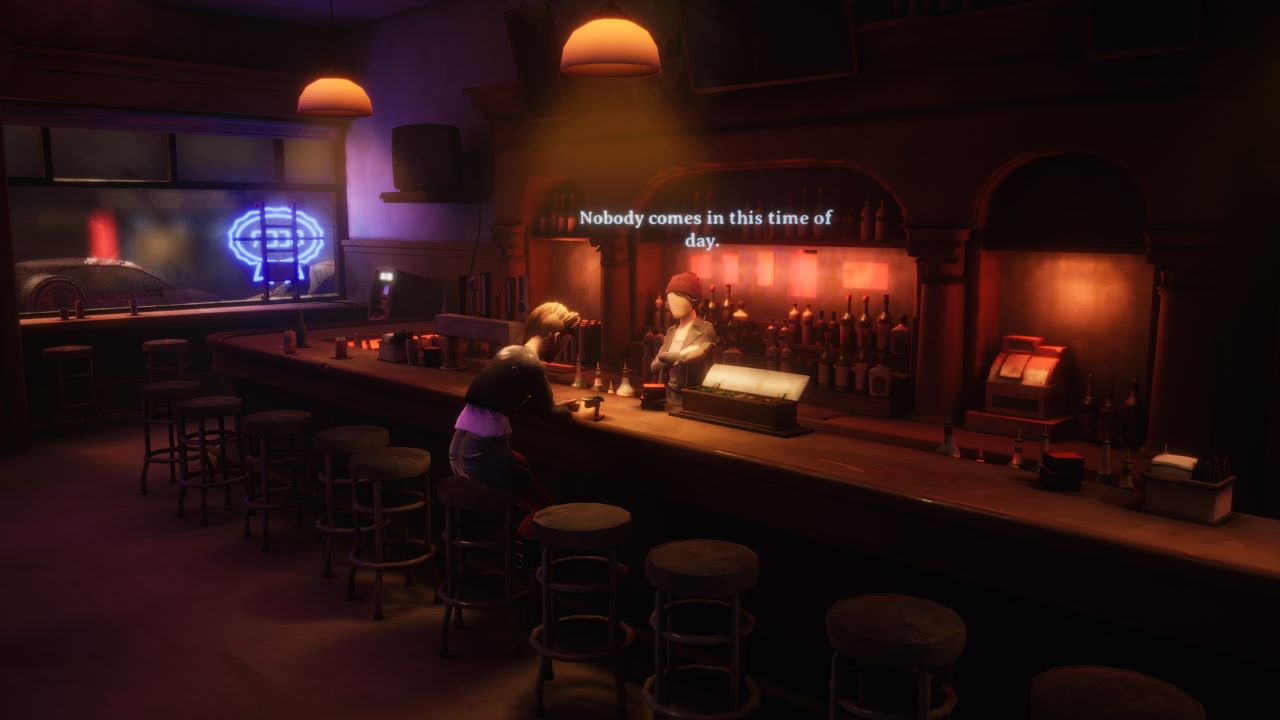 Dreamscaper’s gameplay systems tie into the narrative in an interesting way. Cassidy lost her sister, moved across the country and feels depressed and isolated; the art style, the effort it takes to reach out to other characters, and the conversations between these characters all add a layer of realness to that narrative that makes it clear that Afterburner Studios didn’t choose the topic carelessly. Of course, it’s currently in early access and so this all may be subject to change, but the studio has handled the subject matter well thus far, and Dreamscaper is a very good game for it.

Our verdict (so far):

Especially for an early access title, Dreamscaper offers engaging gameplay and a thought provoking narrative. While it may change in development, what Afterburner Studios currently offers is worth the price.

[…] this year, I also want to use this spot to highlight the work of a small studio. Thinking back, Afterburner Studios’ Dreamscaper stands out. It’s a surprisingly comforting and thoughtful roguelite created by a small team. Its use of art […]