Bethesda has been banking hard on The Elder Scrolls Online (ESO) in recent times. Stumbling out of the gate with an underwhelming, bug-laden launch, the enormous act of triage that was 2015’s One Tamriel update brought a ton of much-needed polish and accessibility to the game. Last year’s Morrowind expansion built on these improvements, while dangling a nice, fat nostalgia-marinated carrot before the ever-fickle MMO market.

Barely a year later, Bethesda Game Studios has expanded ESO even further with Summerset.  While Morrowind had the benefit of a familiar and affectionately-remembered location to offer players, Summerset is more of an unknown quantity. Its new area, the High Elf seat of the Summerset Isles, hasn’t appeared in an Elder Scrolls game since 1994’s Arena, making it an enticing curio for die-hard fans, but perhaps not as attractive to a still largely sceptical mainstream. 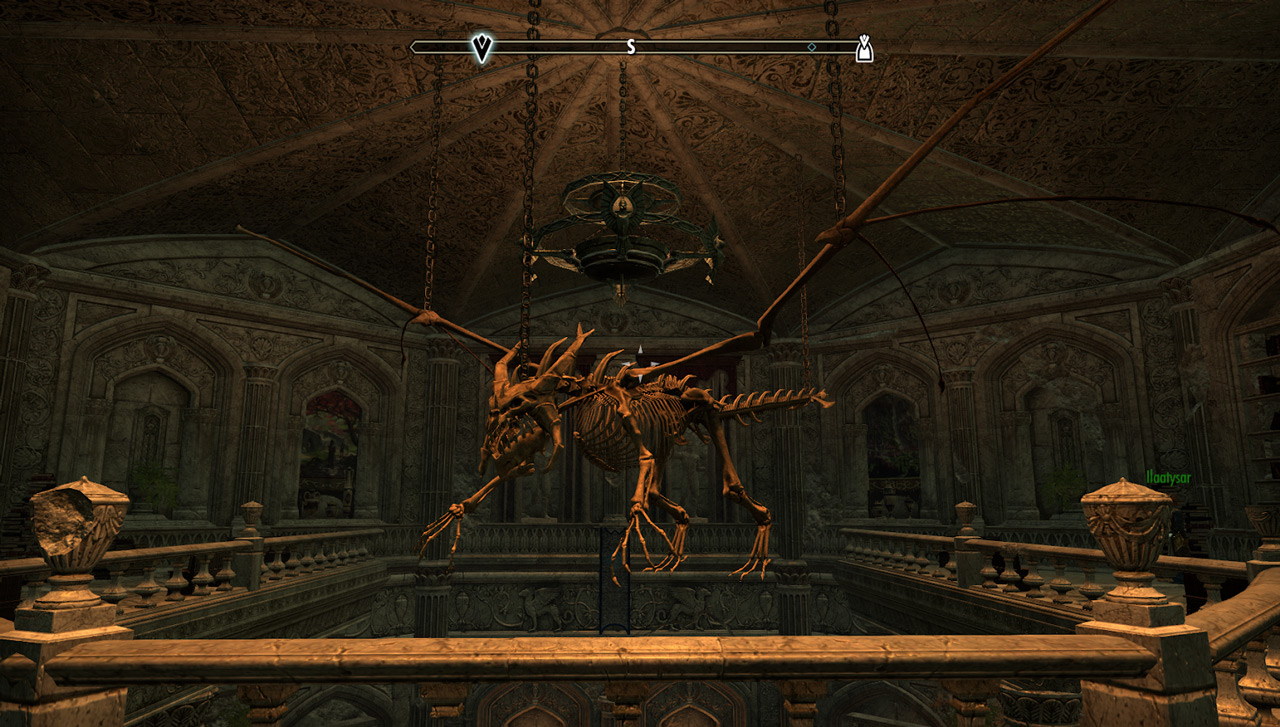 Thankfully, Bethesda makes up for the region’s obscurity with sheer real estate, the playable area being significantly larger than in Morrowind. Besides, with Morrowind and Skyrim getting the majority of attention in recent years, there’s a lot to be said for revisiting such a long-forgotten corner of Tamriel.

First, Summerset is extremely pretty. True, its fairly generic ‘high fantasy’ look doesn’t quite have the mystique of the giddily weird swamps of Morrowind, but there’s some striking locales to take in. The coastal areas are especially fun, with their towering cliffs and oppressive, snaking cave networks. Best of all is when the designers go hog-wild with genuinely esoteric environments, such as an interdimensional mage enclave, or a journey through the mind of a sea monster, with crackling neurons shimmering above your head. Morrowind proved that Elder Scrolls is at its prettiest when it gets weird; while Summerset has less of these moments, it’s reassuring to know that the lesson hasn’t been totally forgotten. We also get a closer focus on Summerset’s High Elf culture, which immediately stands out as rather less fantastical given the global political climate. The High Elves are isolationists, sheltered and dismissive of other races by design. We meet them in a period of turmoil in the expansion, their ruling classes struggling against a rising desire to open their borders to the rest of Tamriel. They’re basically going through a reverse Brexit, which not only amounts to quite a variety of responses depending on which race you play, but also a fascinating thematic punch. You’re almost walking around a microcosm of the high fantasy genre in the last twenty years, an isolated, niche set of tropes facing the change that comes with outside influences and an opening-up to the wider world. It’s a fun backdrop, one that has a bit more to offer than the usual melange of bickering factions and secretive sects.

Of course, being Elder Scrolls you still get a good helping of these, most notably in the introduction of the Psijic Order. This gives you a new skill line that, true to ESO fashion, is available to everyone regardless of race or class. While in essence another mage order, Psijic abilities offer some fun time-bending spells that can allow you to freeze enemies, or even a racing game-style rewind skill that allows you to wind yourself back to where you were a few seconds previously. 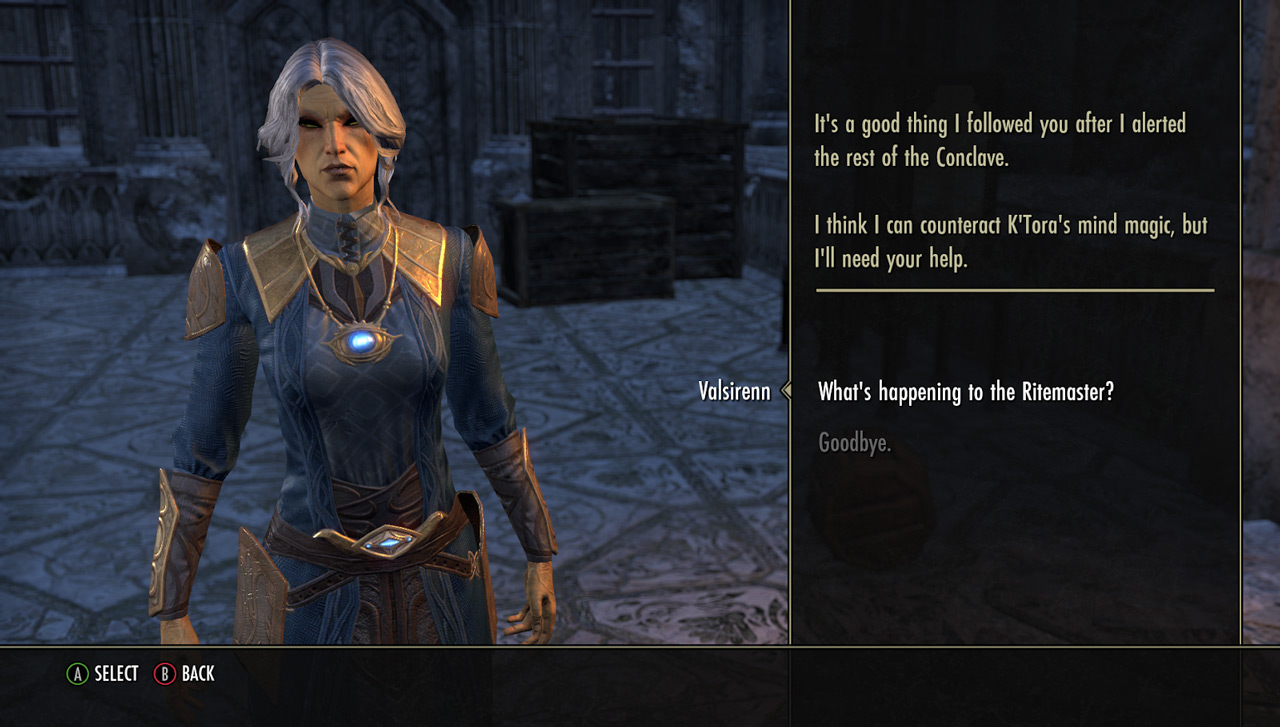 While these new abilities are fun, the quests to learn them all too often resort to long-winded book hunts that take you from one side of the isles to the other. In fact, ESO’s quest design in general still feels a little bogged down in long-distance hikes to and from quest givers and objectives. While such journeying suits the more rambling, stumble-across-adventure tone of the mainline Elder Scrolls games, it doesn’t always suit the more checklist-focussed MMO norm. Sometimes you just want to knock off your requirements ASAP and move on, and Summerset still requires you to do a bit more long-form pinging around points on the map than you might prefer.

Without a new race or class to play, Summerset also feels a little less beefy content-wise than its predecessor. While there’s enough quest content for a similar amount of playtime (about 25-30 hours, especially for those wanting to get into the new Jewelry Crafting skill), it’s definitely an expansion for those happy with the systems already in place than those looking for the kind of ‘new and shiny’ flaunted in Morrowind.

However, this doesn’t mean that improvements don’t need to be made. Summerset’s use of jumping-heavy missions highlights the still rather unresponsive controls, which make such missions far more frustrating than they should be. Even in combat, which forgives a fair bit due to its emphasis on constant movement, the mushiness is becoming more noticeable. It’s something that was easier to accept in the past, given the huge overhauls made to the game, but less so now that it’s come so far in defining its own identity. The Elder Scrolls games have never been renowned for their drum-tight action gameplay, but when simple jumps feel like a crapshoot based on when the jump button decides to register presses, it’s probably time for a good tweaking. Thankfully, Summerset still delivers in ESO’s strongest suit: the writing. Not only does the game make full use of the intriguing setting and political landscape, it still has some of the best-written quests on the market, and this instalment relishes in the feyness of its headline race.

One early questline has you join a theatre troupe to settle a dispute between siblings; another, helping a group of scholars beset by a demon who is making them act like characters in books, your antagonist being an enchanted book that fills itself out as you progress, inventing situations to try and thwart you. It’s heady stuff, shot through with a cheeky sense of humour that feels genuinely refreshing compared to the cloyingly self-serious tone of a lot of other MMOs.

If Morrowind was Bethesda’s big pitch for gamers to finally get on the ESO train, Summerset is designed to keep them on board. It’s a solid expansion that does a good job of further exploiting ESO’s strengths, but still retains niggling weaknesses in quest design and controls.

[…] reviewed The Elder Scrolls Online: Summerset, which “does a good job of further exploiting ESO’s strengths, but still retains niggling […]