Light at heart and light on the brakes

The Crew 2 is so different from the original title that it feels like it belongs to an entirely different racing franchise. The Crew was comparable to the likes of the Need for Speed franchise; although it’s an open-world game in which “the entire United States is your driving playground”, it has a script so carefully plotted that you end up visiting different locations in a pre-determined sequence, imposing limitations on your “playground”. The Crew 2 changes the concept entirely, moving from the original’s crime-drama style to a more light-hearted and campy tone.

The Crew 2 tells a non-linear story in which the nameless main character partakes in a nation wide motorsport festival, starting off as a lowly rookie and hoping to become the ultimate racing icon in the United States. Your road to success requires you to win in all four of the game’s racing disciplines: freestyle, off-road, street and professional. If you think you’ve heard or played this before it’s because you probably have; the concept is definitely not new in the arcade racing genre. 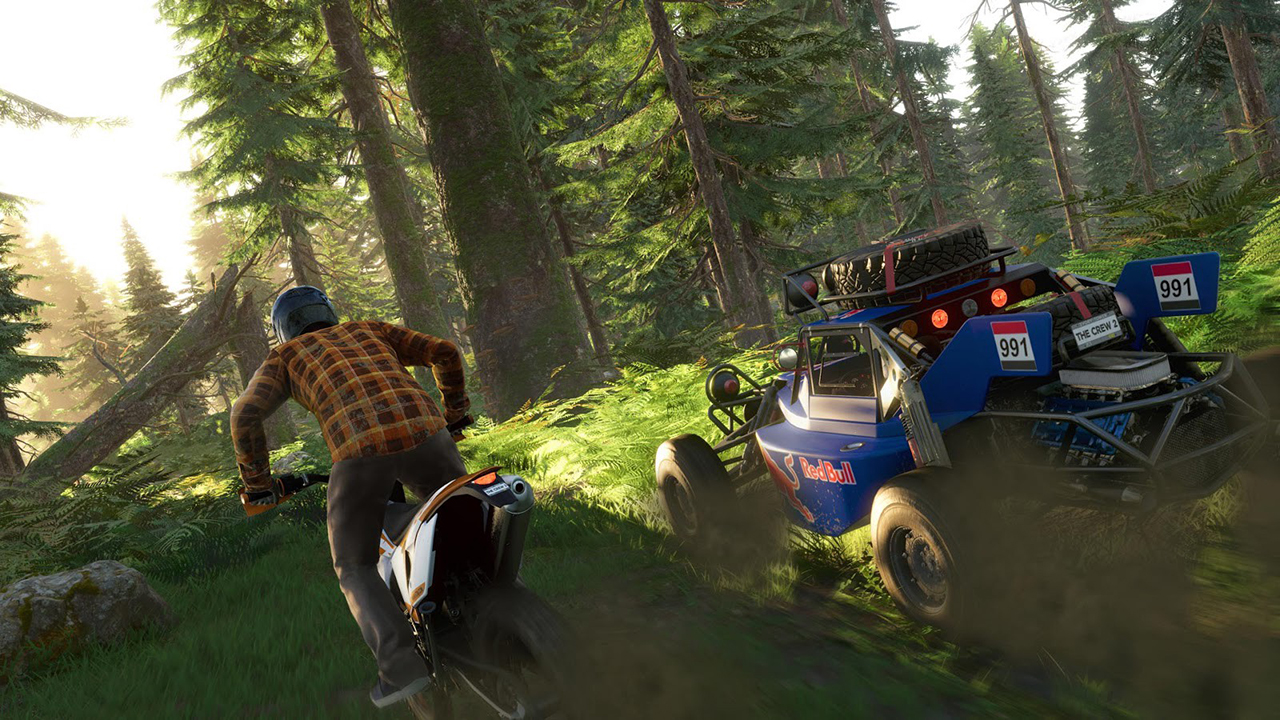 The Crew 2 borrows heavily from the Forza Horizon series both in concept and overall feel, almost to the point of blatantly copying it. This isn’t necessarily a bad thing, because the Horizon series is great in its own right, but The Crew 2’s major challenge was in separating itself enough from its obvious muse to have an identity of its own.

Fortunately, the developers at Ivory Tower were switched on enough to realize this, and have added their own personal flavor to the game that no other arcade racer on the current market can boast. The Crew 2 takes its idea of four disciplines of racing and uses them in a creative manner, offering air and water racing alongside the typical car racing.

One of the best things to come from this wider variety of racing disciplines is the number of traversal options you have in free-roam. Getting from one side of Los Angeles to another is easy enough when you can simply flick an analogue stick and go from being stuck in the ghastly road traffic to flying over it in your plane, or even going around it in your boat. Being able to switch between the road, sky and water in a split second is a nice touch, and although the novelty of it wears off quicker than you’d want it to, it’s still a fresh addition to a genre that has been recycling similar gameplay material for quite a while now.

Due to the genre’s nature, its gameplay mechanics needed to be impeccable; there’s no point in driving around – let alone flying planes and riding boats – if the gameplay isn’t pleasant enough to make it fun. It’s essentially the one aspect above all others that can make or break an arcade racer. Thankfully, The Crew 2’s gameplay is solid enough, though not without its faults. 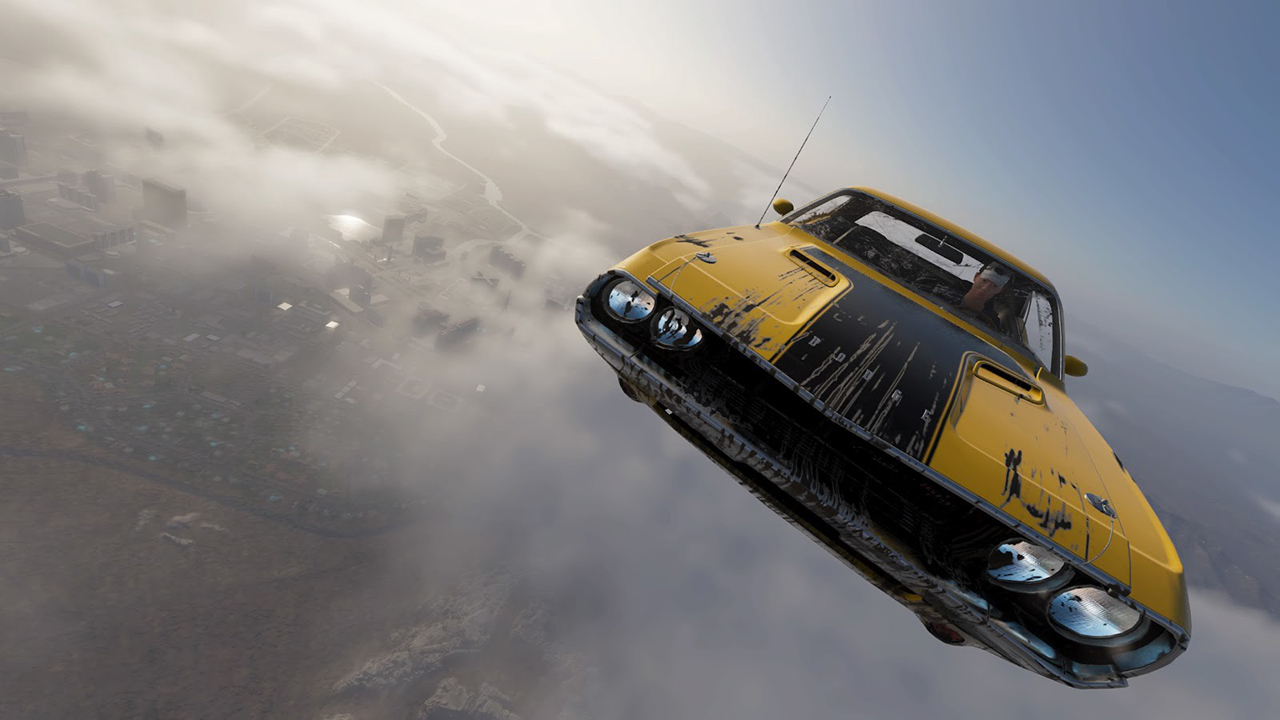 What makes The Crew 2 shine is the fact that Ivory Tower is aware of what the game is and what makes it fun. Despite focusing on real life brands and locales, the game doesn’t take itself too seriously, and absolutely has no problem in going to full blown, Fast and the Furious-level ridiculousness, wherein you drive like you have nine lives to spare. You’ll drive your car off a skyscraper, or be doing loops in a plane flying underneath the Golden Gate Bridge, or roleplay the Dukes of Hazzard by jumping from boat to boat on motorbikes, and you’ll do it all without a care in the world.

Logical thought goes completely out the window when you’re playing through The Crew 2, and the game doesn’t shy away from it for a moment. This even branches out into the weather; you’ll drive through such typically-sunny locales as Los Angeles, San Francisco and even the desert city of Las Vegas, and you’ll be showered in snow. It’ll puzzle you for a moment, but because The Crew 2 has so firmly set its marker away from complete realism, you’ll move past it pretty quickly.

Unfortunately, just like the original, one of the game’s most marketable strengths is also one of its most glaring weaknesses: the open world is simply too big. Although it’s supposed to be a playground to run amok in, it’s pretty lifeless, dull, and devoid of any real density.. Unless you’re in an event or race, the world is fairly boring to travel around. Ivory Tower could have built a driving RPG for the ages, but the monstrous open world is a constant reminder that the developer really missed that opportunity.

You can visit a handful of recreated famous landmarks such as the Golden Gate Bridge, Las Vegas strip and the sunny beaches of Los Angeles, and the visuals are breathtaking. For a fleeting moment you will enjoy it, but once you get into the more urban areas and explore them in depth, you’ll find that there’s very little to do despite the urban sprawl, almost as though Ivory Tower is trying to force the player to just do the missions and get out.

Thankfully, the game is conscious of your time and sanity, and instead of painfully travelling for some time to get to races on the other side of the city or country, it gives you the ability to jump into events from a menu. As convenient as this is, it makes having such a large open world seem entirely redundant. It would have been nice to see the focus narrowed down, allowing for more detail in key locations and landmarks and making for a smaller, more interesting world that you actually want to explore. 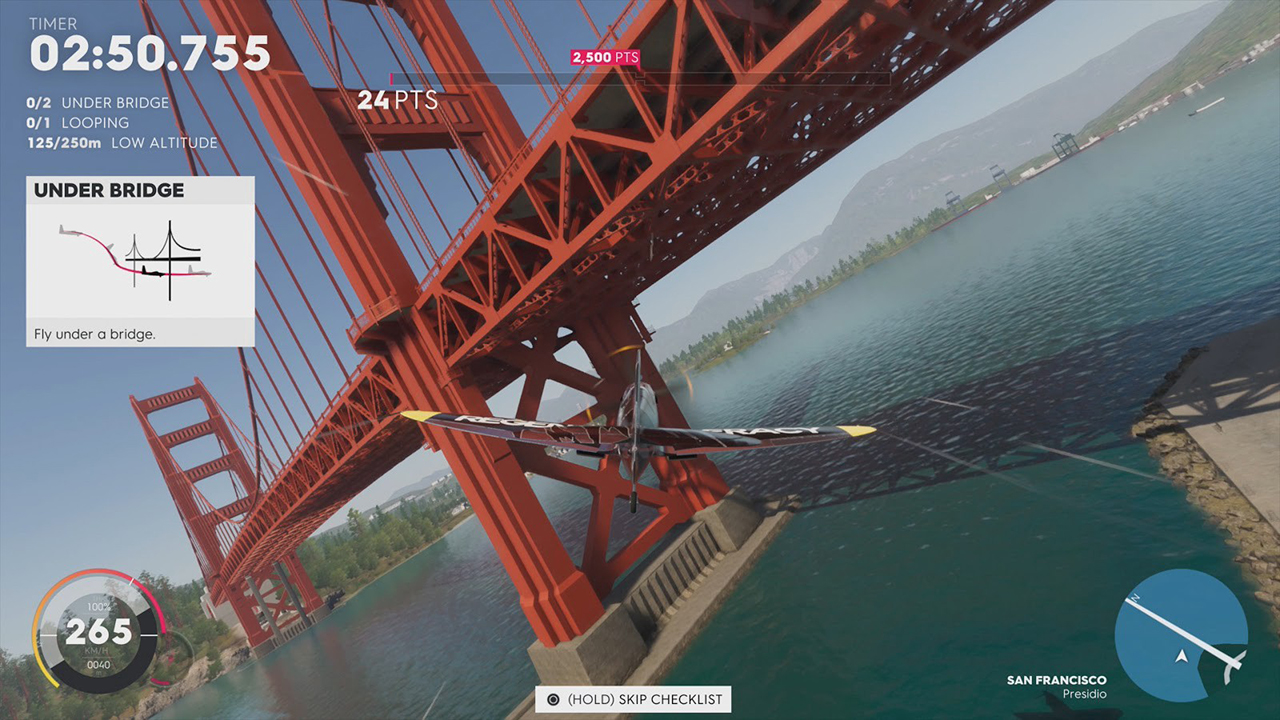 The RPG-style upgrade system returns completely unchanged from the original, meaning that it still feels underwhelming and ultimately unimportant. The loot you receive post every race comes in four tiers (common, uncommon, rare and epic); each item is tied to a specific part of the car, and each part’s power level contributes to the vehicle’s overall power level. Obviously, the goal is to have an epic part in each slot in order to boost your car to its fullest potential. Although it’s basic, the upside to this style of upgrade system is that each bit of loot applies to your entire catalogue, meaning that you can stick with one of each vehicle the entire game and not be a step behind as long as you keep upgrading your parts. Of course, the downside is that there isn’t too much incentive to buy newer or better vehicles throughout the game, unless you’re an achievement hunter who’s “gotta catch ‘em all”, so to speak.

The Crew 2 is an inspired attempt at mixing up the arcade racing genre and although it is enjoyable, it’s also a lovable mess that feels lifeless and struggles to do anything really great. Although it does have some traits that separate it from the rest of its genre, it’s nowhere near being the king of the hill; it’s more of a casual entry into the genre that knows what it is and wants to be, and does a good enough job of being just that.

Although there isn’t much depth to The Crew 2 outside of the actual races, its user-friendliness and unabashed insanity make it an exciting and very accessible joyride for casual play.