A tale woven of friendship, the elderly, and hotdogs

Nothing puts the mind at ease quite like a goofy adventure of three unlikely friends saving hotdog geriatrics from the machinations of a deluded psychopath. Massive Monster has brought an aberrant tale of love, loss, and processed meats to life with its new release, The Adventure Pals.

The Adventure Pals is a recipe for gaming R&R at its finest, an easy-going 2D platformer with intrinsically fun mechanics and a wacky attitude. The player assumes the role of a young boy named Wilson, whose grandfather surprises him with a pet giraffe named Sparkles for his birthday. All of a sudden, grandpa is whisked away by Mr. B, a deranged maniac hinged on turning all of the elderly in the land into hot dogs. Wilson, Sparkles and Wilson’s pet rock — creatively named Mr. Rock — are thus sent on a quest through a magical world to save his grandfather. 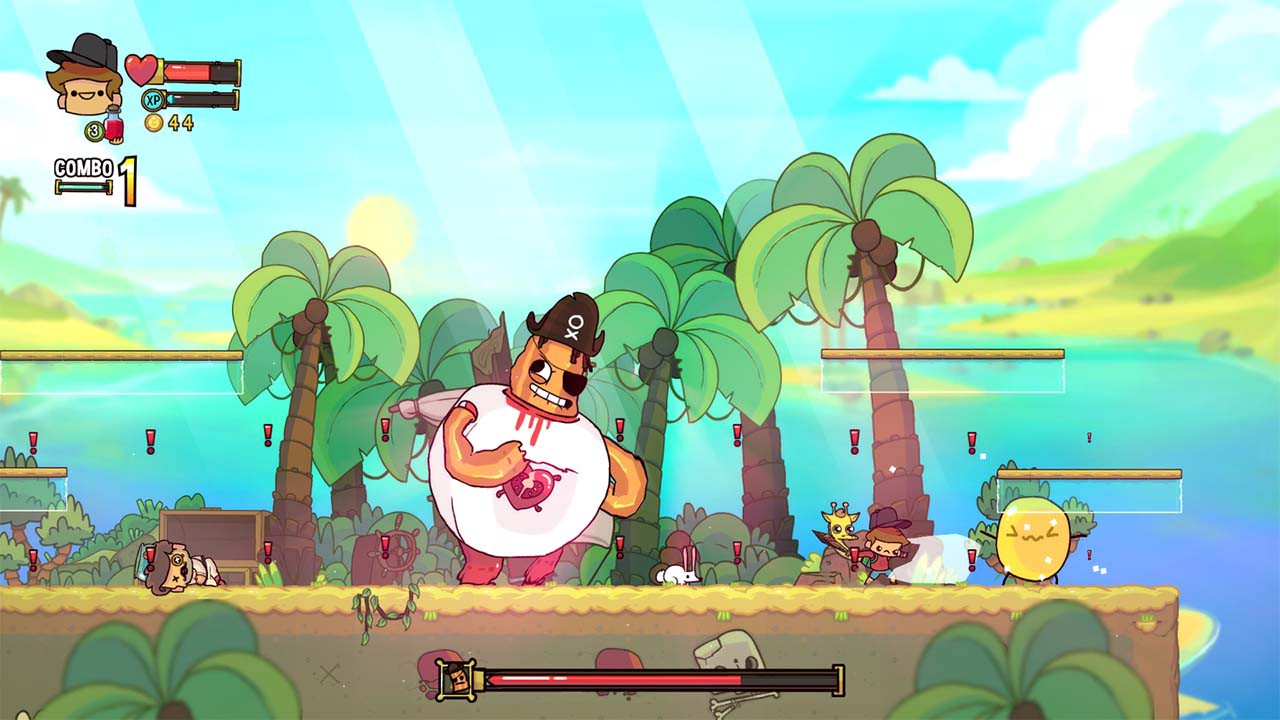 What sets The Adventure Pals apart from other goofy, fun 2D platformers such as Super Mario or Terraria is its lovingly handcrafted worlds and characters. The game takes the player down roads that are charmingly uncanny. Each world the player traverses has a town filled with the most bizarre NPCs, who send Wilson on some incredible quests. From deciding on a mayor at a pirate harbour, to bringing a farmer’s pig wife home, to bringing a shy whale some underwear, the game pulls no punches when it comes to hooking the player with interesting and notable characters and quests.

The gameplay itself is a unique blend of 2D platforming combat with role-playing elements. With a sword and various single-use attack items, like different types of bombs, the player traverses levels filled with grizzly baddies. The combat itself is very easy to master, but the challenge comes in around mid-game when more interesting and varied enemies are introduced, forcing players to battle different types of enemies at the same time and employ different strategies to defeat each one.

The traversal and combat rely quite heavily on the game’s environments, which Massive Monster has obviously put a lot of time and care into. Not only is the game quite pretty to look at, but the environments give players plenty of freedom to explore, as well as naturally opening avenues to bring the player into tight battles. The uniqueness in each destination is also quite astounding. From dense forests, to crumbling deserts, to swimming through Atlantis, the game keeps places varied and fresh, making it a pleasure and a breeze to play through.

The Adventure Pals is a testimony to pure, unadulterated fun. It’s packed full of laughs, and its goofy nature and aesthetic blend well with its platforming and combat. It’s a game that anyone can enjoy.