Let’s face it, at this point I could just slap a placeholder on the first third of this review with a logo saying ‘Insert Retro Collection Review Intro Here’. In 2018, these collections have become so ubiquitous that going through the reasons why companies repackage old games with high nostalgia value seems completely redundant. 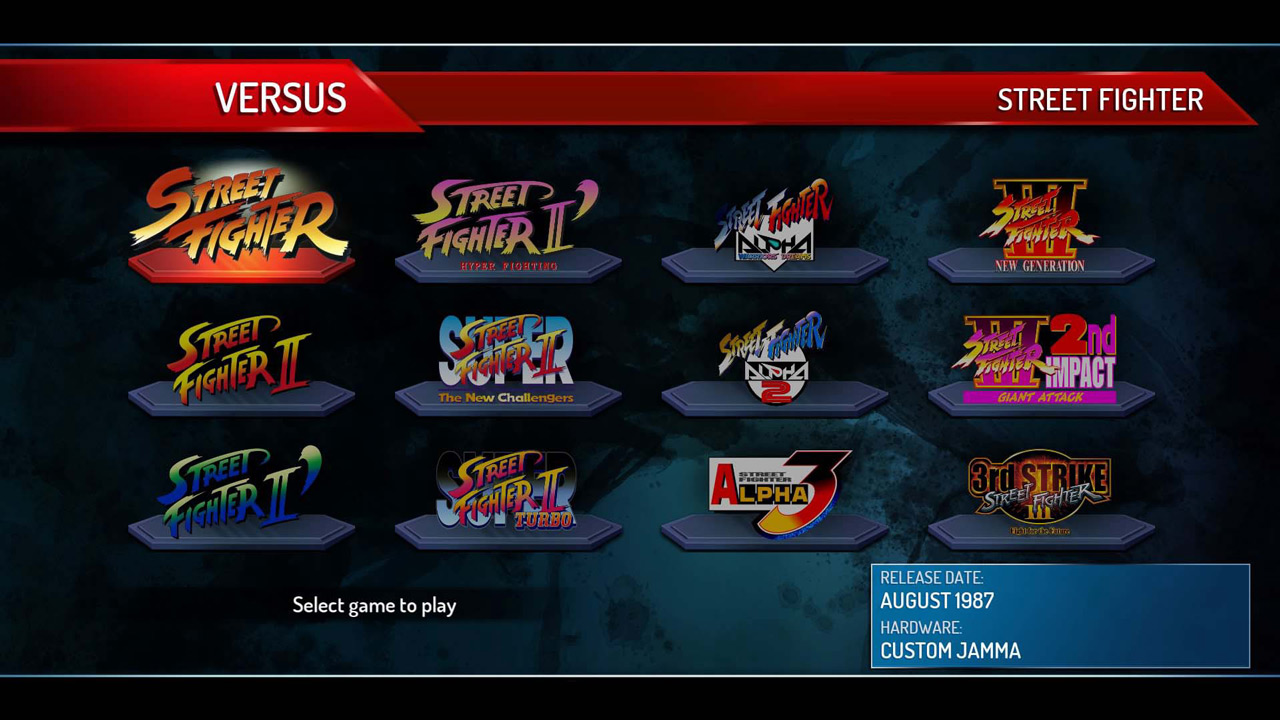 All of the games in the collection come with save state functionality, and SFII Turbo: Hyper Fighting, Super SFII Turbo, Alpha 3, and 3rd Strike support online multiplayer. Ranked, unranked and challenge-based online arcade modes are available, and being a retro franchise collection, you get a swathe of archival and behind-the-scenes extras to peruse as well.

SF30’s strongest suit is as a self-contained archive of Street Fighter’s formative years, and it’s a blast playing through the games in arcade mode. Back in the days before online patching was an everyday occurrence, Capcom was often criticized for regularly releasing tweaked versions of their Street Fighter games. A collection like this, however, showcases just how much the formula expanded over the course of the 90s, and how much the at times huge shifts in character balance and mechanics from release to release helped maintain the series’ appeal, while deepening its tactical qualities exponentially.

What’s even more impressive is how later innovations have never diminished the earlier versions’ viability. Sure, the 1987 original is a barely-playable mess, and Street Fighter II: The World Warrior is never going to be the preferred option when you have the later editions available, but it never fails to impress how playable most of these games remain for their own takes on the formula. 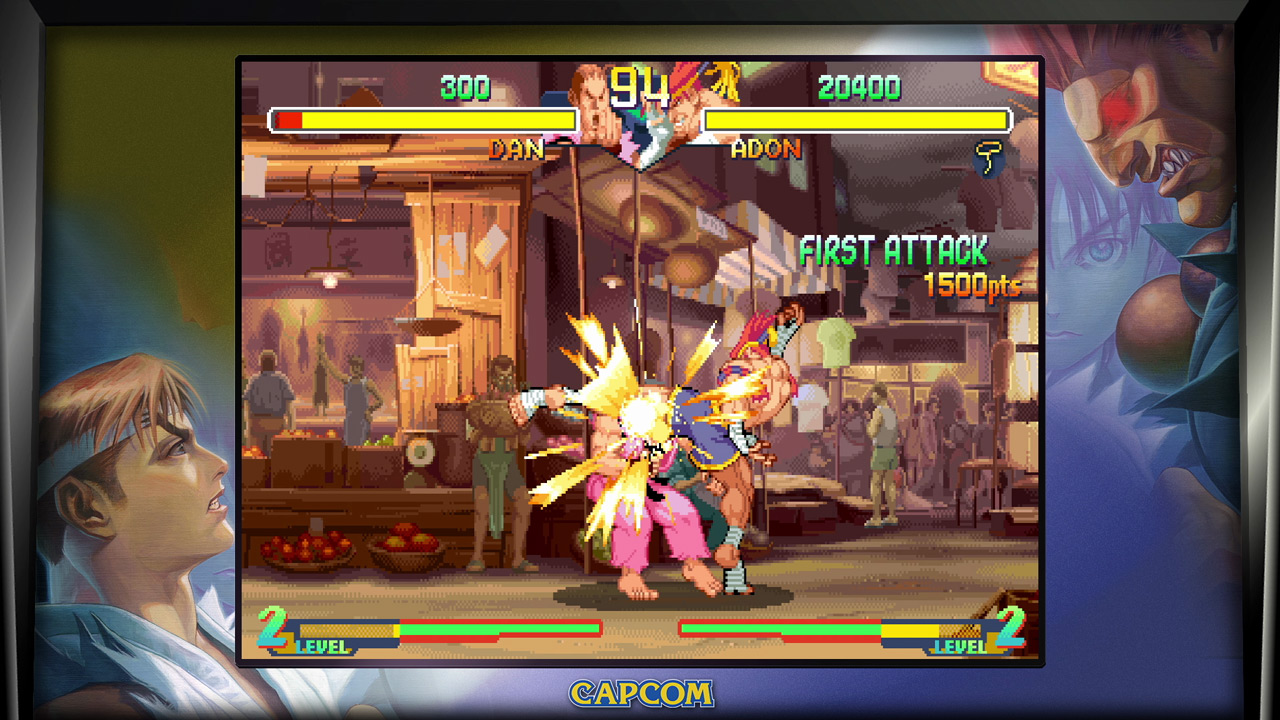 Alpha 2 and 3, and Third Strike in particular have aged like fine wine, the latter being the collection’s crown jewel. Third Strike is arguably one of the most aesthetically beautiful sprite-based games ever made, while serving a timely reminder of how much that series did to push both the Street Fighter formula, and fighting games in general, forward despite its lukewarm reception at the time.

The only real failing of Third Strike on SF30 is that it’s not Iron Galaxy’s superb Online Edition (2011) which still stands as one of the best retro re-releases of all time.

That issue extends to several of the games here. Just including the arcade ROMs means that we miss out on expanded console versions like the PS1 and Saturn’s Alpha 2 Gold, and Alpha 3 Upper. It’s not a deal breaker, but still somewhat undersells just how important the various home versions of Street Fighter, and the improvements they brought, were to securing the franchise’s legacy.

You could argue that the collection’s focus is on the arcade releases, but even that doesn’t hold water when the ROMs for the arcade versions of the above iterations are also absent. It arguably creates a hole in what’s been sold as a definitive arcade collection. Also, while SF30’s single-player and local multiplayer experience is the same pure joy it always has been, the online experience is governed by the same peer-to-peer system Capcom has used in other recent releases like Street Fighter V (2016). This means that those without the fastest internet (hello, most of Australia!) may want to think twice if online multi is their main priority. My own attempts at finding a game were mostly unsuccessful, the few I found rife with visual and audio stuttering.

Likewise, SF30 uses the same minimal Training mode as the studio’s recent fighters. It’ll let you practice your specials and spacing without interruption (with a programmable Dummy Mode for more specific actions), but scaffolding and motivation are left solely to you. With developers like NetherRealm Studios making so many welcome innovations in accessibly tutorialising fighting game skillsets in games like Mortal Kombat X and Injustice 2, it’s a genuine shame to see Capcom still lagging behind in this regard. The hardcore crowd is also poorly served with a lack of legacy stick support (no, I don’t get that, either).

As is de rigeur for these compilations, we also get an archival section with art galleries, music players, text-based timelines and behind-the-scenes information. You also get various, mainly gimmicky special features, the highlight of which being a mode that lets you go through the characters’ animation frame-by-frame. The games themselves also have the expected bezel art and, if you’re partial to Vaseline goggles, pixel-smoothing options. Sadly, while Street Fighter II’s behind-the-scenes section has extensive annotations describing the creative process behind that game, Alpha and SFIII only get concept art. Very cool art, mind you, but it’s a shame we couldn’t get more about the creation of these series, especially SFIII, whose wild shift in tone and character design still generates controversy to this day.

While the games themselves are undeniably essential, Street Fighter 30th Anniversary Collection all too often settles for ‘solid’ where it needs to do more to stand out in the market. If you’re online multiplayer-focussed, have strong internet and/or simply can’t get enough Street Fighter, you’ll get your money’s worth at full price. For everyone else, it’ll make an unmissable Christmas sale purchase.