Doublejump Reviews Soldiers of the Universe

It’s rare to see indie developers having a crack at the kind of high-concept, high-detail military shooters we normally see in AAA games. Generally, the budgets required for the kind of visual complexity and Hollywood-esque production values expected from the genre are simply way out of most indies’ league, though every now and again a small studio will defy the odds and take on the big boys at their own game. Cue Turkish developer Rocwise Entertainment and its recently out of Early Access Soldiers of the Universe (SOTU), which attempts to tap the COD market.

Has it succeeded? Well, the first clue comes with the highly suspicious disclaimer on the game’s Steam page saying “visuals, gameplay mechanics and animations on this page does not represent the final quality of the experience.” This is in the blurb of a game that actually went to final release, at the time of writing, two months ago.

Basically, strap in. This is going to get bumpy. 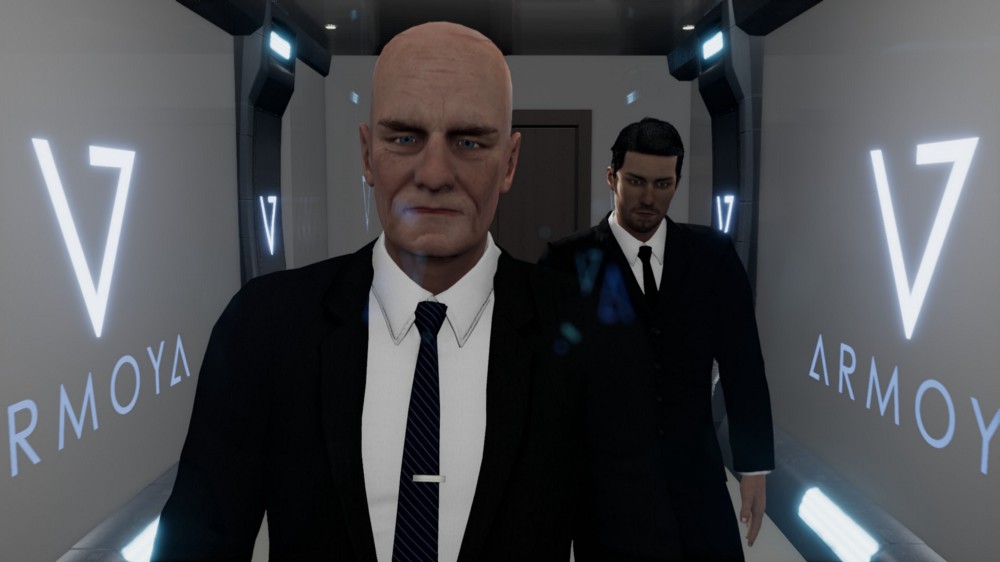 I’ll be straight up about this. Over the years I’ve written about games I’ve become increasingly wary about getting too indulgent about slagging off a game. The more you learn about the games industry, the more you come to respect the insane amounts of hard work and stress that go into making games, and years of rage-posturing YouTubers has cheapened the art of the creative critical drubbing to the point where it often just feels like whiffing at low-hanging fruit with a pool noodle. This applies doubly when devs show some ambition and vision, and at least try to raise the bar for themselves.

Having said that, though, that empathy also has its limits, and frankly, SOTU is an immense pile of dogshit. The opening cutscene’s bad enough, with terrible direction and monotone voice acting, but the actual combat itself is a joyless chore right off the bat.

The level design alternates between corridors dressed as towns, and large open areas with enemies sniping from the other end. Effectively, however, both types play the same, cowering behind scant cover to search out enemies that thanks to the 1995-vintage omnipresent fog, are often little more than indistinct blobs in the distance that stand up and let you shoot them now and again. 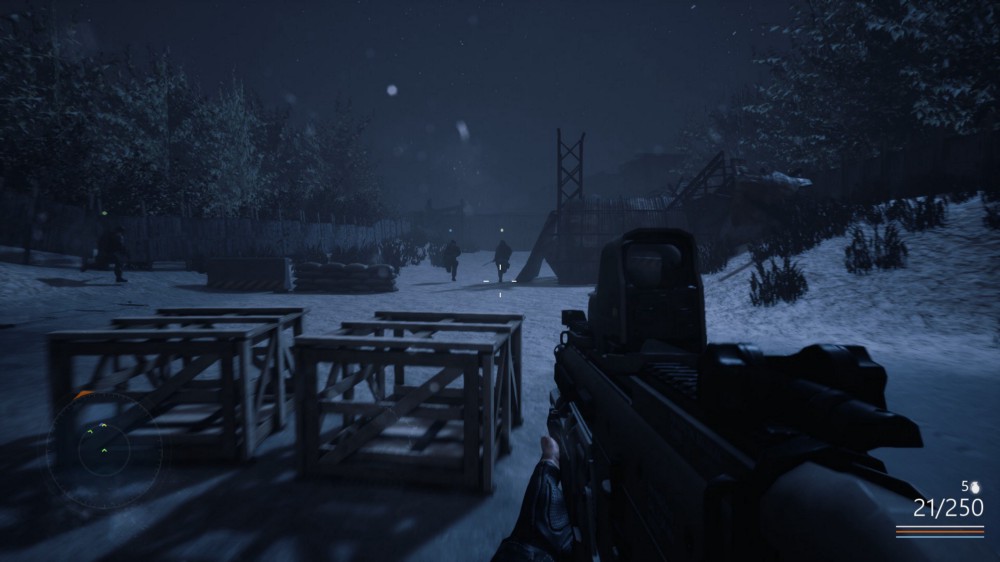 Making this high-concept game of whack-a-mole even more prosaic is the game’s… let’s say, fickle approach to accuracy. Equally capable of unfailing accuracy at half a kilometre away and spraying bullets hither and tither uselessly at spitting distance, the enemies’ challenge level veers haphazardly between almost hilarious ease and sphincter-clenching frustration.

Your own aiming is just as inconsistent. At least half of my headshot count was made up of lucky hits as the camera reeled from taken damage. Other times, I could have a terrorist dead in my sights at a few metres’ range and they’d suddenly become bullet sponges.

Don’t expect much better from your AI teammates, either. They’re just as likely to run straight past enemies in blissful ignorance than they are to decimate them before you can even catch up; at one point, I spent over a minute watching a squadmate and a terrorist stare at each other mutely either side of a barrel, as if it were some surrealist performance-art adaptation of The Naked Gun. This is especially irking when they run past enemies hiding out for the express purpose of ambushing you, and only you. Other times, one of your squadmates will jump right in and kill that same enemy before you even get close.

Bear in mind here, that all of the above was noted during the first engagement in the game, but it actually manages to get worse from there. There are moments where the level geometry does a better job of halting your progress than the terrorists can muster. I came across sticky walls, and knee-high ridges that were unscaleable without a running jump. I even had to reload one level because a lone fern had decided to become an impassable barrier that prevented me from progressing, by default making it the most effective foe in the entire game. 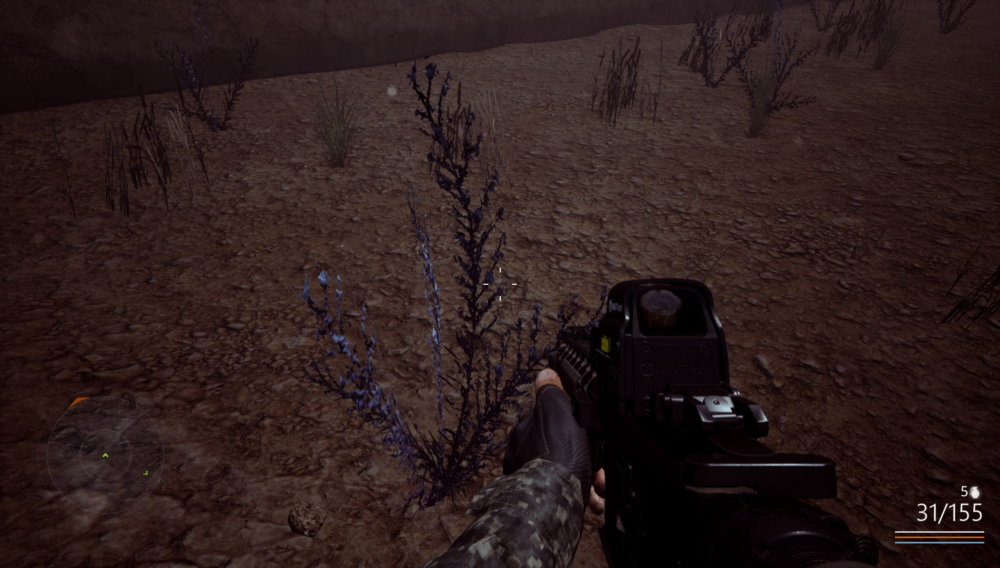 Presenting the greatest threat to freedom in the world today.

Anyone who feels nostalgic for the ‘fifty shades of brown’ aesthetic of mid-2000s shooters will certainly get a kick from SOTU, which is muddier-looking than a Cliffy B wet dream. While understandable to an extent considering the setting, it’s far harder to swallow in tandem with horribly messy textures and the N64 throwback level of fog. In fact, the game looks and feels like a compilation of all the worst elements of late 90s/early 2000s first-person shooters. Imagine Soldier of Fortune without the scant entertainment value of all the gore, and you’ll have a pretty good handle on what SOTU has to offer.

Also, fans of the inverted Y-axis beware: somehow a game released in 2017 has chosen to omit an invert option. I understand that this doesn’t effect most players, but to those of us trained into the inverted ways, playing this game is like trying to pat your head and rub your tummy at the same time, while jamming your face into a cowpat (non-inverters just get the cowpat).

SOTU’s most concerning — if, sadly, most interesting — aspect is the controversy surrounding accusations that it’s effectively propaganda for the highly problematic regime of Turkish leader Recep Tayyip Erdoğan, which has been accused of aiding extremist Islamic organizations. Certainly, the game’s strongly nationalistic tone (as the game says, “The Turkish government will prevail this” — an honest-to-god direct quote) paints Turkey and the Akincis in a staunchly heroic light, though the counter-argument that your CODs and Battlefields are just as propagandistic are certainly viable. A more apt comparison would be something like America’s Army, which was specifcally designed as a recruitment tool by the US military. 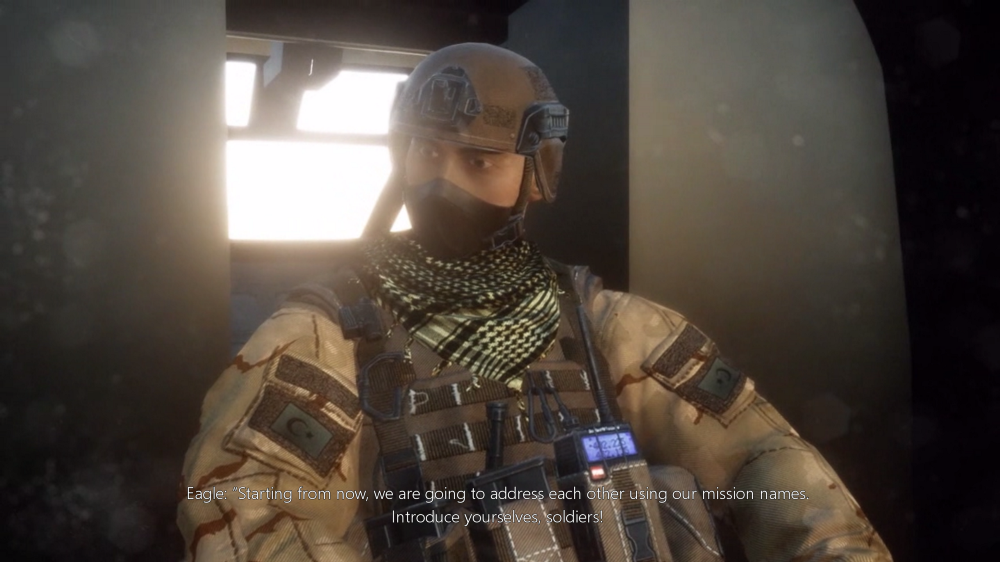 But even as propaganda, SOTU fails by dint of just being so damn shoddy, not just technically but in its writing and performances. Why does a game about Turkish heroes have a squad member who sounds like Colonel Sanders? Why do they expect that we’ll root for such a boring, personality-defunct group of characters (well, apart from the guy who likes to be called ‘Absolutely Brilliant Mister Super Duper Hyper Owl’, but I don’t think that’s the kind of personality that going to help matters). While we’re at it, can we ensure that whoever wrote the line ‘Absolutely Brilliant Mister Super Duper Hyper Owl’ be locked up in a concrete bunker, never to soil a keyboard again?

Please keep in mind here that this isn’t intended as a cheap shot at the fact that the developer is Turkish. It’s more that any dev wanting to compete with AAA franchises and entice the mainstream Western audience had better make sure that they have good writers and voice actors, and a translation team firing on all cylinders. SOTU pulls half-measures on all of these, and whether due to a lack of resources, effort or a combination of the two, end up with something that achieves thirty seconds or so of unintentional comedy, but nothing else.

Buggy, clumsy and plagued with a smorgasbord of questionable creative choices, Soldiers of the Universe attempts to be an advert for the Turkish government’s hatred of terrorism, through a game that makes you hope the terrorists win.