Lara Croft is the most iconic female character in video games, and she’s tougher than ever before as she faces her most challenging adventure yet in Eidos Montreal’s Shadow of the Tomb Raider. In this third and final entry into her rebooted origin story, the Tomb Raider faces off against the paramilitary organisation known as Trinity once more as she works to prevent the Mayan apocalypse that she unwittingly initiates. The game also sees Lara mastering her wild environments in new and different ways, incorporating both grappling and swimming for the first time in the rebooted trilogy, and demonstrating her refined ability to traverse environments, raid tombs and kick ass while she’s at it.

This latest installment takes place two months after Rise of the Tomb Raider and offers more insight into Lara’s childhood as well as her growth as an adult. With Trinity’s pursuit of ancient artefacts and treasures ramping up (and its goal to essentially control the world), Lara attempts to cut them off by taking possession of a dagger that triggers the Cleansing, a series of cataclysms that culminate in the apocalypse. As these natural disasters threaten to destroy the planet, Lara is forced to work to defeat Trinity and undo her error, battling through dangerous jungles, wild animals and countless human enemies in the process.

The story is largely set in the Peruvian jungle and takes inspiration from Mayan mythology, allowing Lara to face new threats and learn new abilities alongside her old ones. The game takes on more of a survival aspect as well, with Lara forced to battle a jaguar on multiple occasions and employ stealth tactics to avoid certain engagements. These sequences force Lara and the player to manage their adrenaline and pick their battles. Being covered in mud for the majority of the game makes that considerably easier, which is a positive whether it was intended or not. All these elements realistically strengthen Lara’s character, and Camilla Luddington’s motion capture and voice acting have been consistent and perfect throughout the reboot trilogy to reflect this. A nice surprise comes in the form of levels involving Lara as a child, giving the player greater insight into what she was like growing up in a lavish home surrounded by ancient artefacts, as well as her relationship with her father. These levels reveal that Lara has always been as fearless as she is now, with one level even seeing child Lara scaling the family home – something that’s sure to mess with you if you’re afraid of heights!

Much like in previous installments, the game allows Lara to hunt animals to craft materials and upgrades for her weapons; this time around, though, she can also sell goods to merchants dotted around the map. Combat remains the same, with added survival instincts for Lara to help her hunt (and being in the jungle there are plenty of animals to hunt), and the game introduces separate difficulty settings for combat, puzzles and exploration to cater to games who might want easier puzzles and exploration with harder combat, harder puzzles with easy exploration and combat, or some other combination of the three. These subtle additions to the previous games’ formula have made Shadow of the Tomb Raider varied and more engaging, especially with the extra tombs to explore and puzzles to solve.

An ever-improving hallmark of Tomb Raider games over the years, Shadow of the Tomb Raider’s incredibly realistic graphics help to really immerse players in the game; even aspects as simple as the water and the mud Lara is covered in are absolutely stunning. Although water levels are just the worst, Shadow of the Tomb Raider’s water manages to be clear and serene while still bringing out the fear of drowning when you’re swimming around looking for somewhere to take a breath. 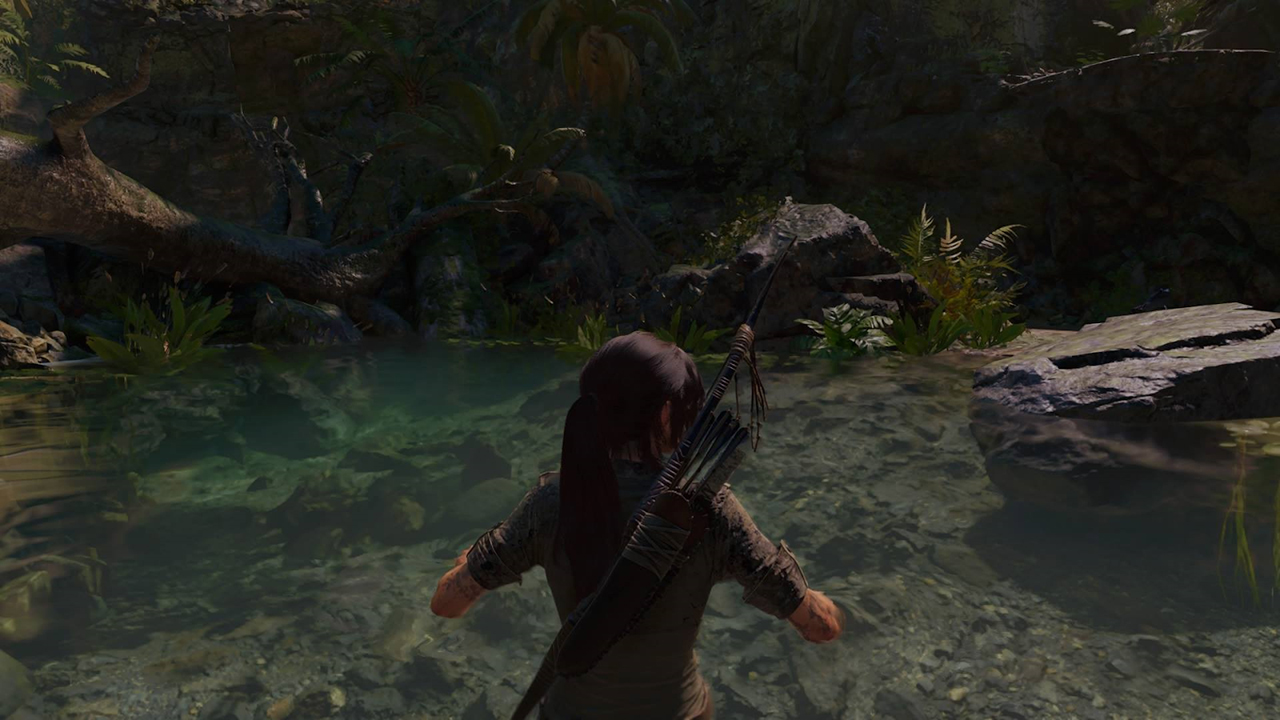 One of the game’s real highlights is the ability to change Lara’s character design from her current design to those featured in previous Tomb Raider games, which players can do at any point in time at a campsite. Running around as Lara from The Angel of Darkness and the cubed design from the original Tomb Raider was wildly entertaining, adding a sense of nostalgia for gamers who grew up with the series from the start in 1996.

Lara Croft’s latest adventure is engaging and challenging, and brings new changes that will keep gamers happy and entertained. The combat is fast-paced, and exploration is vast and full of tombs to discover, meaning that there’s plenty to keep you occupied… all while covered in mud. Lara sure is a badass archaeologist.

The culmination of Lara Croft’s rebooted origin story, Shadow of the Tomb Raider is a fantastic game that makes a number of welcome additions to the formula to keep players interested.