Expansive as the seven seas, as deep as a puddle

I had such high hopes for Sea of Thieves. After playing at previews and closely following the development, I really thought it would turn out great. My only fear was that the player base might not be as big as it needs to be. Thankfully, the player base is still healthy, probably because of the new Xbox Game Pass. The rest of the game, however, is not.

Much like real piracy, Sea of Thieves is a lot more fun in theory than in practice. You can see the time and effort that has gone into it, but it comes at the cost of the core gameplay loop. The bells and whistles are all there, but with no real objectives, the minute-to-minute gameplay doesn’t take very long to start feeling stale and somewhat boring. Quests come in three forms — fetch a chest from a distant island and bring it back, take a chicken to a distant island and return, or fight skeletons on a distant island and return — and your reward for completing them is access to more quests of the same nature.

Simple loops are fine, and when done well can increase a game’s longevity, but there’s so little variety in how any of the quests play out that Sea of Thieves doesn’t pull it off. There aren’t even different enemies, they all take the form of generic skeletons whose forts (which are temporary quests made available from time to time) involve the same shooting and sword fighting as every other island, so there’s no incentive to actually go to them. 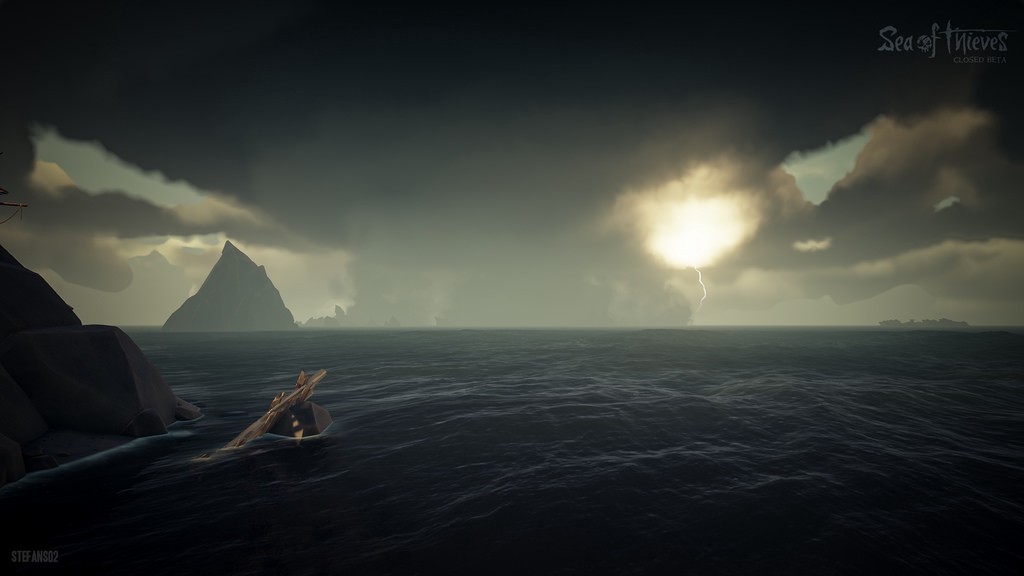 The game is clearly designed to play with friends, and the few times I was able to get a crew together were definitely the most fun I had with the game. There is definitely a sense of achievement when your crew finally works together and gets a boat sailing well, which is probably the closest Sea of Thieves ever comes to paying off hard work. Playing alone is almost impossible, as there’s nothing protecting individual sailors from encountering huge crews and being quickly slaughtered.

It’s also possible to join a crew of strangers, but this comes with the same problems of any multiplayer game, namely griefing. There’s nothing stopping other players from throwing you overboard or worse, throwing you in the brig. Should other players vote to put you in the brig, you can do nothing until they vote to release you, and there is no maximum time that a player can be locked in. It’s common to join a crew and instantly be thrown in the brig by players who didn’t want others to join their ship. The only small benefit is that brigged players still collect their share of loot from successful voyages, so you can sit there, do nothing, and slowly rake in money.

The money itself is wildly unbalanced, with a pitiful amount of money coming from chests when compared to the prices of in-game equipment. The minimum cost for a new ship part is 70,000 gold pieces, while the most basic chest found on an island offers a measly 70 pieces. This isn’t to mention that not all your gold can be hoarded to afford a new sail design, as it must be spent to unlock new voyages that should really be unlocked when you complete the previous ones. The ludicrous amount of time and effort it takes to earn even the lowest tier of rewards means it never feels achievable and there’s nothing to really work for in the game. 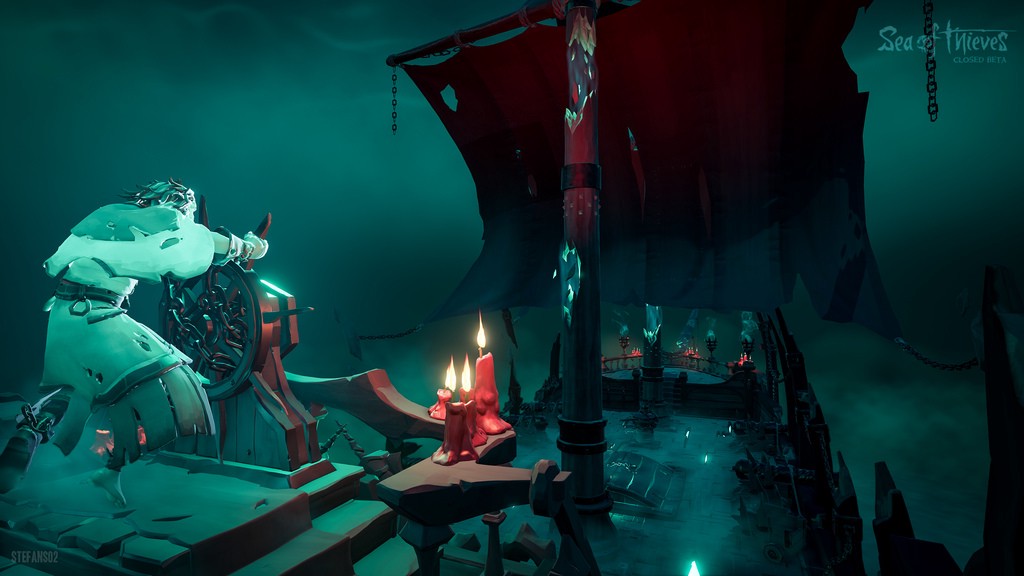 The game comes across as unpolished, even beyond the gameplay. You can’t design your own character, you instead choose from a list of randomly generated pirate archetypes. The fact that it’s randomly generated shows that Rare has developed a character creator, it just hasn’t given the players access to it. It’s a minor gripe, but it’s emblematic of a larger problem.

The most frustrating aspect of Sea of Thieves is what this could mean for its developer. It’s Rare’s first non-Kinect game in a decade, and its lukewarm reception doesn’t bode well for the future. I had really high hopes for the studio, but it’s become increasingly apparent that it might have been better off staying in the realm of nostalgia. As it stands now, Sea of Thieves is just one more Rare game that could’ve been great but didn’t live up to expectations.

The world is expansive, the music is great and the game is visually stunning (particularly the water graphics), but without a solid base to support it, Sea of Thieves fails to be anything more than a 10 minute sideshow.