EA has always marketed its Madden NFL games as the ultimate NFL video game experience, and it’s hard to argue with that assessment given that it’s the only one on the AAA market. Nonetheless, the company continues to promise more and more with each release; this year, it’s all about Real Player Motion and physics – making the game even more authentic by replicating real-life mannerisms – and continuing Colt Cruise and Devin Wade’s story in Longshot: Homecoming.

Given the criticism the franchise has received over the years for being little more than a yearly re-skin, Madden NFL 19 released under serious pressure to live up to those promises, and it has done just that, delivering a solid entry that’s sure to please long-time fans while also appealing to new and estranged fans.

It’s the series’ – and EA Tiburon’s – second year with the Frostbite engine now, and you can tell that the team is becoming accustomed to the hardware. The engine is what’s allowed EA to incorporate this “Real Player Motion” system, which is designed to make the game feel realistic as possible, and the difference is immediately noticeable compared to previous entries. It gives the gameplay a richness and feel that you haven’t experienced before, making basic moves like spins and jukes and more precise ducking and diving in between traffic far more manageable, and it gives you an unparalleled sense of control when you’re positioning your players.

The running game feels like it was a primary area of focus during the game’s development, with added control to adjust your speed and pace on the fly and perfectly thread needles on defensive blitzes, or break tackles and push through a defensive line. You’ve also got more control than ever before on the defensive side of things: it’s far more satisfying to land a strong tackle, and provided you’re good with your timing and coverage, playing the pass can be just as dominating – it truly feels like “run the ball, stop the run” for the most part, though. As long as you have talent on the sticks, then you’ll see all your moves on both sides of the ball play out as smoothly as possible. 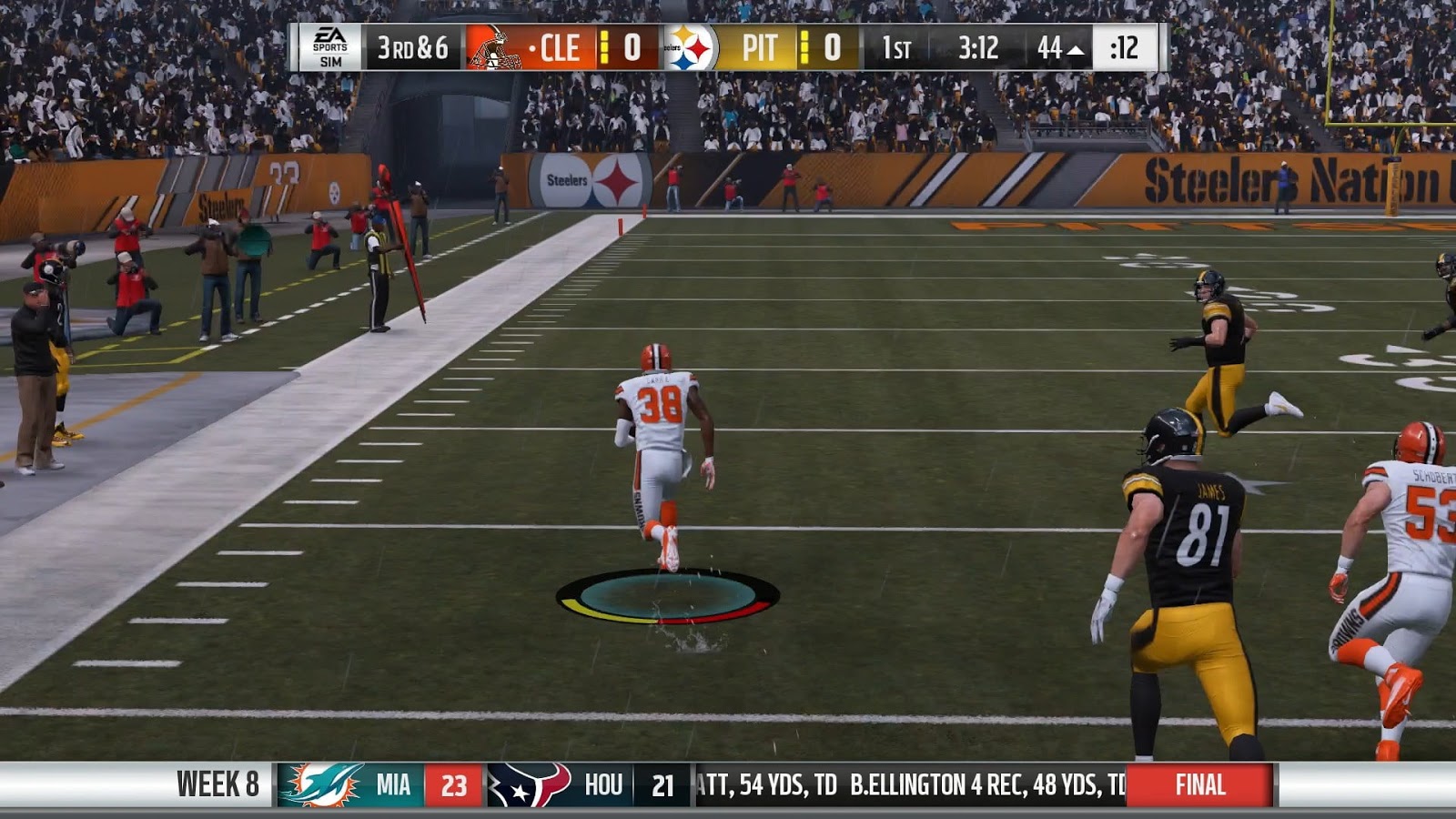 Real Player Motion is not only great for hardcore fans of the series, but it also makes the game far more accessible for newcomers and even fans who have taken time away from the series. Madden games have been notorious for its difficulty to pick up and play if you’re not familiar with the control and game schemes, but now it’s easy enough to play the game for some casual fun. Long-time fans will find that the real-player motion creates a skill gap between casual and hardcore players when you get the maneuvers down pat; that gap is somewhat wider than in the previous games.

The Frostbite engine is also known to be soft and easy on the eyes, and for the most part it makes Madden NFL 19 look far better than any other entry in the series. The vast improvements come in small packages, like the weather conditions – rain and snow look more realistic than ever – and more minute details like the sweat crawling down players’ faces. Unfortunately, though, some player models look like they were half-finished; these are mostly players that only hardcore fans will even know, but it’s still quite disappointing to see that some players look like they belong in an arcade racing game crowd.

Longshot: Homecoming marks the next chapter in Devon Wade and Colt Cruise’s story, but unfortunately it just doesn’t live up to the first and somewhat overstays its welcome. No matter how or where you finished up in the original Longshot story, you’ll find that Devon starts this chapter struggling for a second chance with the Dallas Cowboys while Colt has fallen out of the NFL entirely. It’s also really disappointing that no matter what you do, the outcome always stays the same; you could play the perfect game, or the very worst game, and the story and cutscenes will be the same. It takes away any weight to the story at all. Speaking of cutscenes, the subject of much frustration throughout the NBA 2K community, EA Tiburon has doubled down on its storytelling by not allowing players to skip any cutscenes throughout Homecoming. Adding insult to injury is the fact that the cutscenes are long, boring and often filled with cringe-worthy dialogue; it’d be perfectly fine if the story was as interesting as last year, but because it lacks that charm and novelty it’s simply frustrating. 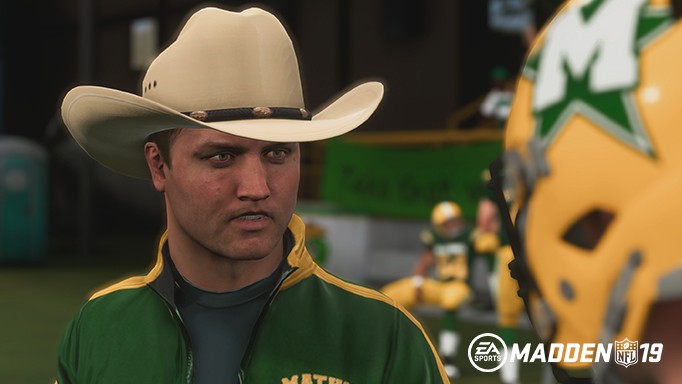 Because of its shortcomings, Homecoming simply isn’t the draw that EA would have liked it to be – that honour goes to the series’ longest-running game modes, Franchise and Ultimate Team. EA has taken the “if it ain’t broke, don’t fix it” approach with both modes, making small changes rather than sweeping ones, and they remain just as fun as ever. Franchise mode is as basic as always, with players choosing an NFL franchise and leading it through a long season all the way to the Super Bowl. This time, you can add offensive and defensive schemes to teams that suit your personal playstyle or your roster; although this is more geared towards making the game easier for newcomers, series veterans will enjoy the convenience that it brings.

Ultimate Team is where Madden NFL 19 truly shines, though. It’s a familiar model: play matches and complete challenges to earn coins to spend on packs or players to build your own squad. This year a major and welcome addition is the solo battles, where you play against AI-controlled teams created by other members of the MUT community, EA Tiburon itself, or even NFL players and celebrities. It always has a feeling of freshness to it and the replay value is phenomenal, especially given that the rewards for winning these games can be extremely satisfying. Another small change within Ultimate Team is the ability to upgrade your players, making picking players for your team a more personal choice. Being able to build your team around your favourite players – I’ve got Antonio Brown, Odell Beckham Jr. and Hall of Famer Shannon Sharpe in my receiving core – throughout the year gives the mode a more personal touch, and although the grind required to upgrade players to their full potential takes time and effort, it adds plenty of satisfying replay value. 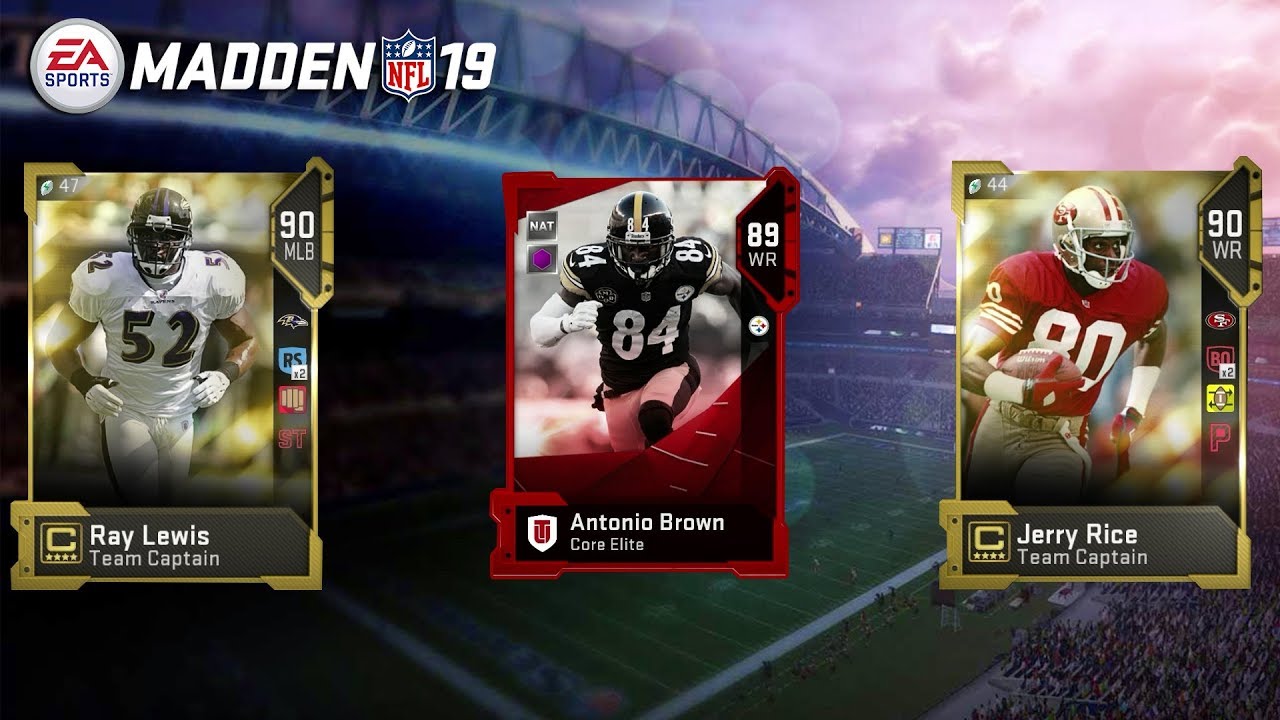 The only real issue with Ultimate Team is that once again – and perhaps more so than ever before – it pushes users into microtransactions. Unfortunately, the easiest way to build the best possible squad for competitive play is to spend your hard-earned money on packs, unless you’re willing to put in a lot of hours very early on to grind out the game’s challenges. The game is not shy about pushing players towards the microtransactions, either, with near-constant promotions involving limited-time packs and other bonuses only available for real money.

When all is said and done, Madden season has come around once again, and the franchise has its loyal fan base that will purchase the game annually without a moment’s hesitation. The game finally caters enough to would-be newcomers and players returning to the series after a long layoff, but it also adds just enough that hardcore fans won’t feel like they’re playing a stale or overplayed game.

Madden NFL 19 is a solid entry into the series, and although the changes don’t feel massive due to the nature of the genre, it adds just enough to be considered a small breath of fresh air.

Damon reviewed Madden NFL 19 using a retail PlayStation 4 copy purchased out of his own pocket.