Life is Strange 2’s third episode feels like fighting a tidal wave. Your attempts to “deal” with Daniel start to fail and you realise that your telekinetic little brother is his own person, an individual separate from yourself as the player.

After raising him for two episodes, this almost feels unfair in a medium where control is expected but it falls firmly in line with the season so far. You can guide Daniel along but Episode 3 makes it clear that he won’t be “controlled” in the way you expect. 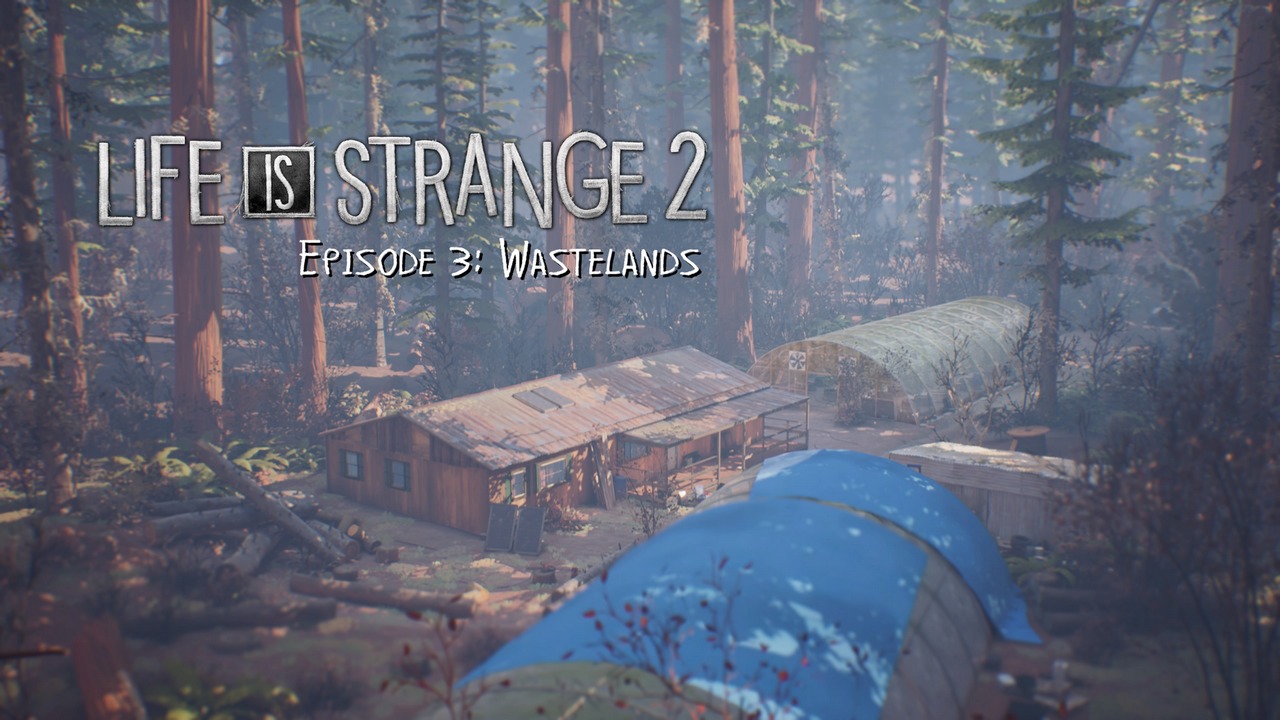 Using Sean and Daniel’s relationship as an axis, the first episode focused on their vulnerability in the world as Latinx teenagers (juxtaposed by having a literal superpower) and how difficult it is to trust anyone but each other. The second episode connected this to distant family members and how their trust and loyalty isn’t a given, and now Episode 3 follows this up with a cast that chooses its own family instead and explores how trust, whether it’s family or not, is easier to lose than to gain.

Set two months after Episode 2, Wastelands finds the brothers reconnect with Cassidy and Finn (who we met briefly last episode) and join their small crew of homeless drifters. They camp out in a Californian redwood forest and work for a nearby pot farm while they have the chance, which lets Sean save up money for the next leg of their escape to Puerto Lobos, Mexico. Sean has made new friends, Daniel is bonding with Finn, and things are uncharacteristically quiet for the two brothers.

Compared to the last two episodes, Episode 3 is a respite from the relentless tension and dourness. It’s also very small (though not short), with the only locations being the campsite and pot farm, and a total of 11 characters. It feels a little like a bottle episode in this way, which works well for an episode focused on re-establishing its two protagonists. 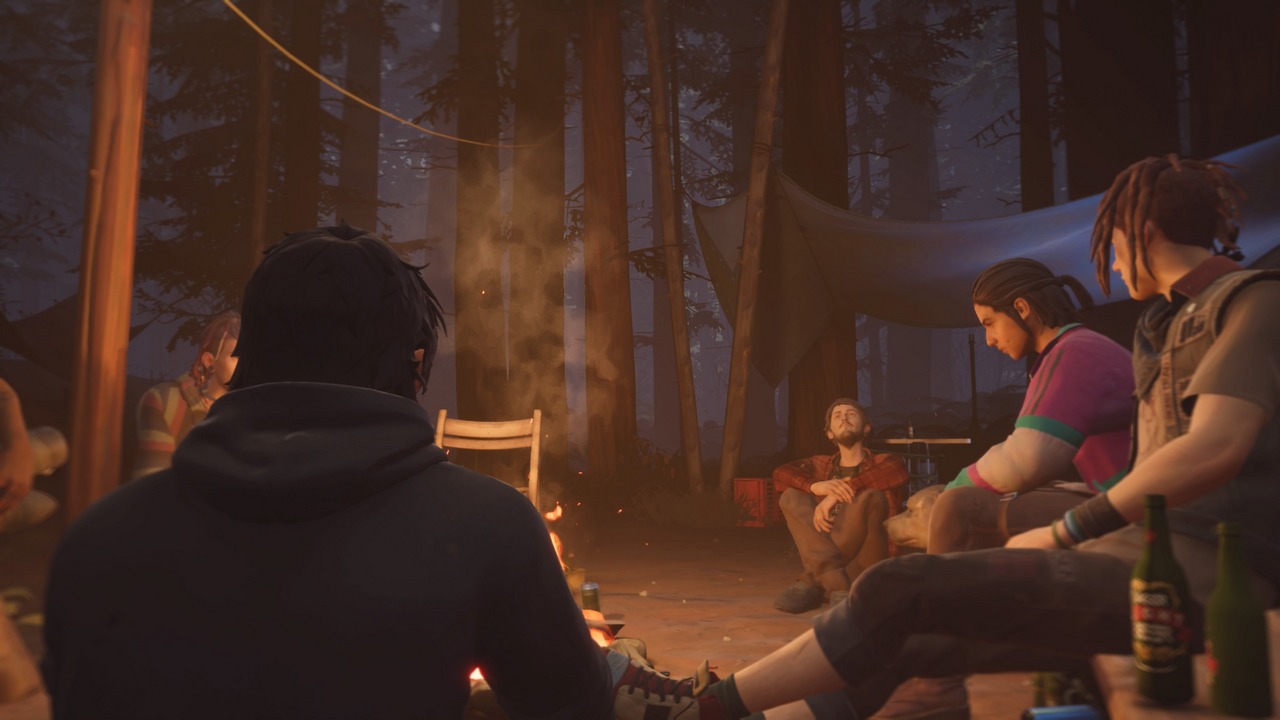 Most of Wastelands plays out like Episode 2, with the brothers now reversed: where Daniel easily fell into life with his grandparents and found a friend in Captain Spirit’s Chris, Sean tries to enjoy the comfort of his new friends while he can. In the meantime, Daniel is forced to ignore the fact that they finally know where their mother – who he has never met – lives, and this drives a wedge between him and his increasingly-distant older brother.

Episode 3 may play out more smoothly than earlier episodes (at least until the end), but it’s still a very tense experience. Even with the quiet that Episode 3 brings along, you’re always aware that there’s something heartbreaking just around the corner, that there’s danger lurking nearby. Life is Strange 2 is so consistently laced with tension that, even in its calmest moments, you are always uncomfortable on some level.

It makes for an exhausting game, though this isn’t a criticism; that would be like criticising horror for being scary. It’s just become clearer to me that this is a core part of Life is Strange 2’s identity and further evidence that this season won’t appeal to everyone.

Something else I noticed this episode was the difference in how Dontnod handles player choice compared to the original Life is Strange. If Life is Strange gave you full responsibility over your choices by letting you jump back in time freely, Life is Strange 2 tries to be fairer and better balanced across the board, especially in how you interact with Daniel over time. It approaches player choice broadly with fewer centralised choices to branch the story off in dramatically different directions. It gives you opportunities to improve on choices and interactions you might have regretted earlier or double-down on those you stand by. This way, decisions feel far more accurate to your intentions instead of trying to define everything with sweeping, definitive choices.

This also softens an issue I had with Episode 3, where specific choices can often be too broad in their potential action and consequence. Choosing between “Discuss” or “Obey”, for example, was an agonizing couple of minutes but for better or worse, these “big” choices are rarely as all-encompassing as they seem. 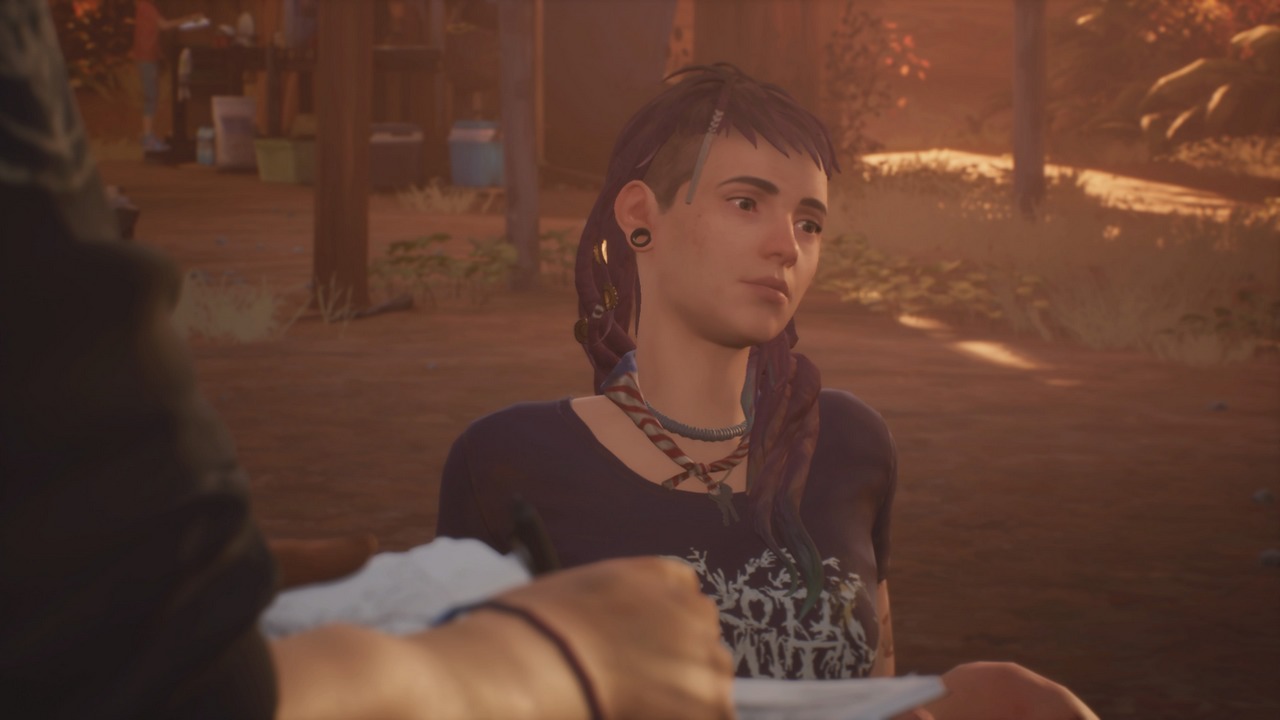 Exactly like the first two episodes, Sean’s journal also stands out as it’s updated with new notes and sketches. I discussed this in my last review but now that we’re three episodes in, it’s become far more important to the season than I originally thought – not in that it’s relevant to the plot but a significant part of the game’s season-long journey.

Notes on each character and Sean’s basic opinion of them, how the brothers ended up where they are, of the maps covering their journey and the total distance they’ve travelled so far – it’s all very scant in the best way. It never over-explains and only gives you the gist of their current situation and of the (unimportant) happenings between episodes. There aren’t any lore dumps, character bios or detailed plot summaries. It’s more of a sketchbook with simple, sometimes suggestive notes in the margins and it complements the game perfectly; it says as much about Sean as it does whatever or whoever he’s sketching or writing about.

I’m not sure how intentional it is but Life is Strange 2’s release gaps are actually working to the game’s benefit in a similar way, at least for myself (it’s been almost four months since January’s Episode 2). By playing each episode on release, I’m actually “feeling” the time skips. Relationships have changed, Sean and Daniel are dressed differently with their hair grown out, and there are characters who, while known by the brothers in-game, are completely new to myself as the player. It’s like the world of Life is Strange 2 has been moving in real-time, without my involvement, and it adds an unexpected dimension to my time with the game. 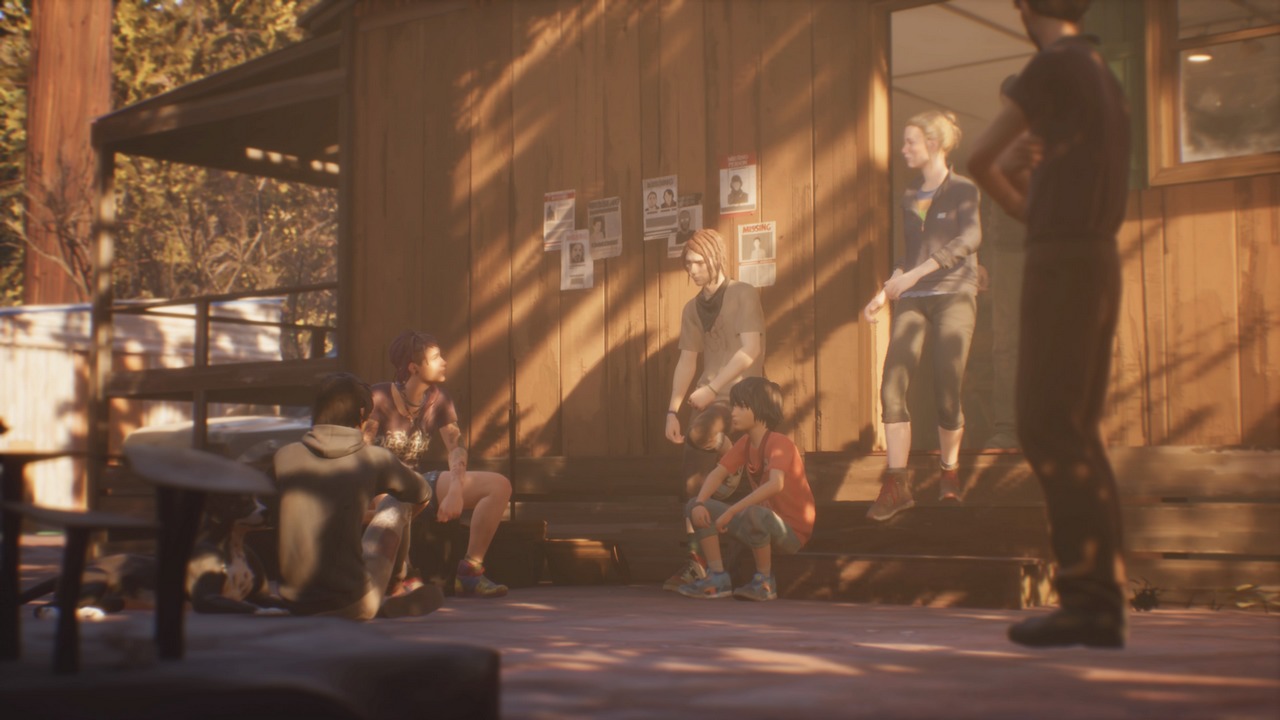 Dontnod turns in a stronger episode than the last, where a change in scenery and a (slight) easing on the game’s relentless tension makes for a welcome change of pace. Wastelands‘ story can be too easy to predict at times – which might be a consequence of having fewer large-scale choices, if I’ve read the game correctly – but when it so excels at its characters and relationships and is focused on these above all else, it’s easy to forgive.

Left on the first major cliffhanger of the season, Wastelands is Life is Strange 2’s turning point. Even without the intriguing post-credits stinger, it sets up an exciting Episode 4, which is set to release this August. I’m sure it’ll be a heartbreaker.

[…] John reviewed Life is Strange 2 – Episode 3: Wastelands, which he found to be a strong episode whose change of scenery and easing of the game’s relentless tension were a welcome change of pace. […]

[…] Last episode, Sean and Daniel escaped the police at their grandparents’ home in Beaver Creek and found refuge with a squad of young train-hopping drifters. It was a chance to sit and rest after weeks of exhausting isolation, camping out in a forest of giant Californian redwoods while they all, including Daniel, worked for a pot farm nearby. […]