The dance remains the same…

For over a decade people have been gyrating to the beat of the Just Dance series, and each successive iteration has sold well despite rarely reinventing the wheel.

That’s an accurate description of the current game as well, so no revelations there. That said, my seven-year-old daughter squealed with delight when I told her we had a copy of Just Dance 2019 to put through its paces. It just goes to show that there is still plenty of love out there for Just Dance, even though some of us might wonder what all of the fuss is about.

In case you’ve never have a decent look at Just Dance, the game is simple, unique and not without merit for many. Just Dance serves up different musical numbers, there are dancers on the screen and there’s you trying not to look like a total twat jumping about in front of your TV and games console; it’s that simple. 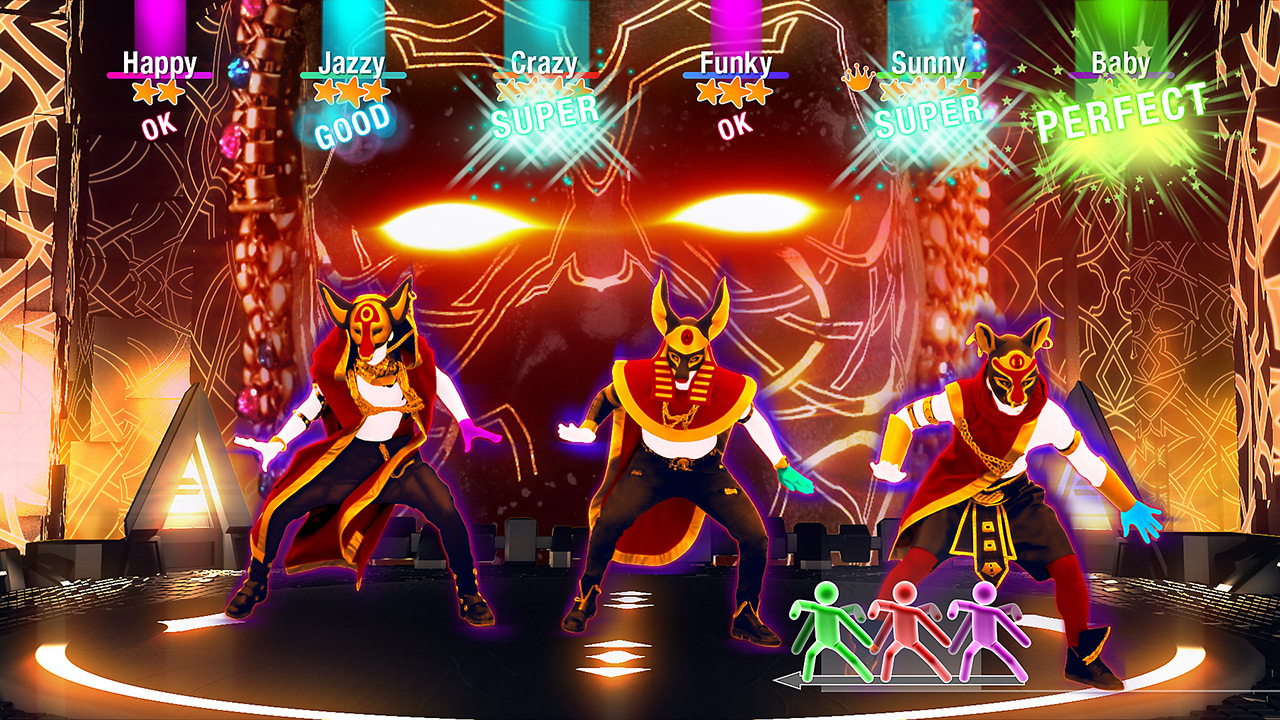 The real magic of this game’s design is that it measures your ability to syncopate with the action on screen – something that Just Dance 2019 does with varying degrees of effectiveness depending on the platform you are playing it on.  I reviewed the game on Xbox One, using the Kinect motion sensor, because this is really the game working in its most pure form and as such it is most enjoyable and effective.

You can also play Just Dance using your mobile phone to track your movement and there have also been iterations that have used the Nintendo motion sensing controllers. These options all work, but it’s a safe bet that they are never as effective as you, screen, Kinect and nothing else.

Just like its predecessors, Just Dance 2019 uses the Kinect motion sensor system to monitor your movement and assess how effectively you are following the instructions and moves of the dancers on the screen. Your efforts are scored and the game comments on your moves if you do well or execute a dance move ‘perfectly’; this makes for good feedback that you can use to hone your skills. 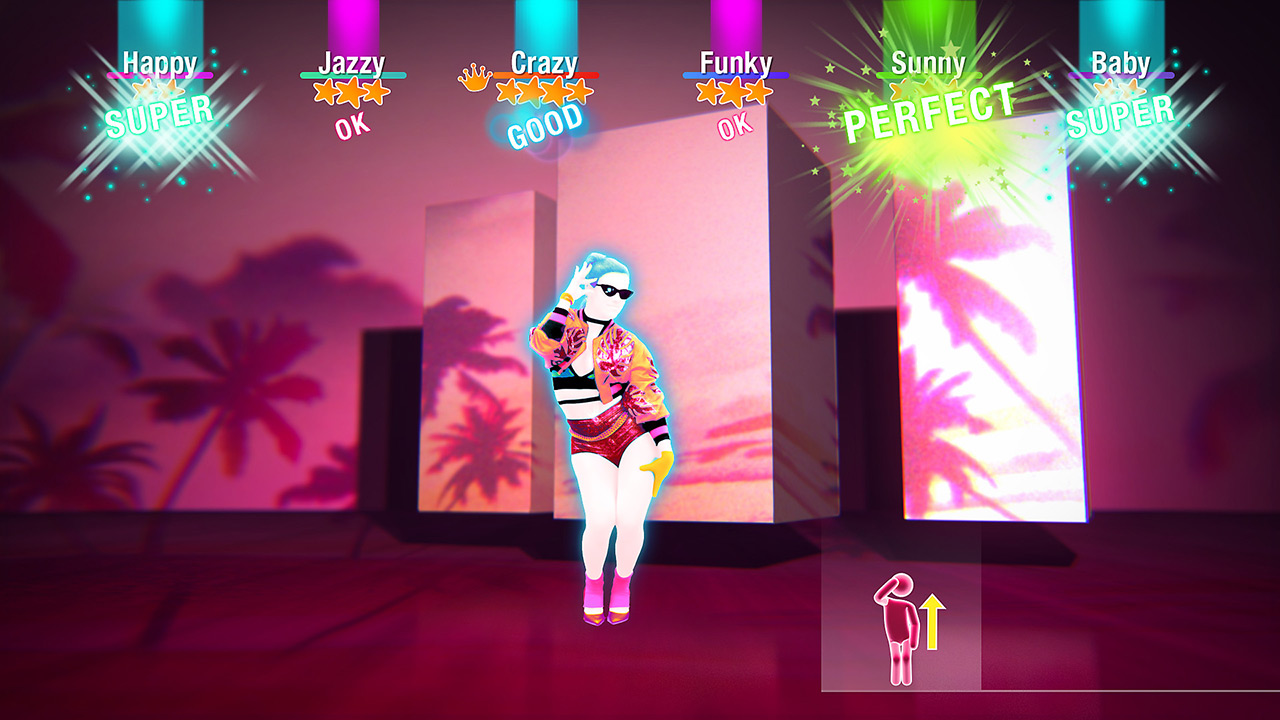 The current effort features new dances, new backgrounds, a revamped menu and not a whole lot else. The freshen up is really about the revitalised playlist and new visuals. For many this is sufficient, but it means Just Dance 2019 really works or fails for most based on how much you like the new tracks featured.

On that note, Just Dance 2019’s playlist should delight many a player and its variety of very modern poppy tunes is more in line with the tastes of younger players, meaning that its core pre-teen audience in particular is sure to be happy.

That said, it is noticeable that the earlier iterations’ focus on broader playlists is very much a thing of the past. Just Dance 2019 barely nods in the direction of older players and most of the tracks are saccharine, to put it kindly. With track titles like Bum Bum Tam Tam, Mi Mi Mi and Shaky Shaky, it’s not hard to figure out the sort of bubble gum pop sonic assault your ears are in for. You have been warned.

The game does try to cast its aural net a bit more broadly, but the efforts aren’t significant. For example, one of the few classic tunes aimed at older players is Elton John’s I’m Still Standing, a track that hasn’t aged well.. at least not when it assailed my ears. Plastic Bertrand’s unpronounceable Ca Plane Pour Moi from 1978 is a much better classic track which had an impact in its day, yet somehow still manages to sound not entirely moribund even now. Beyond those, the older songs are few and far between and so the whole production feels very narrow in its focus. 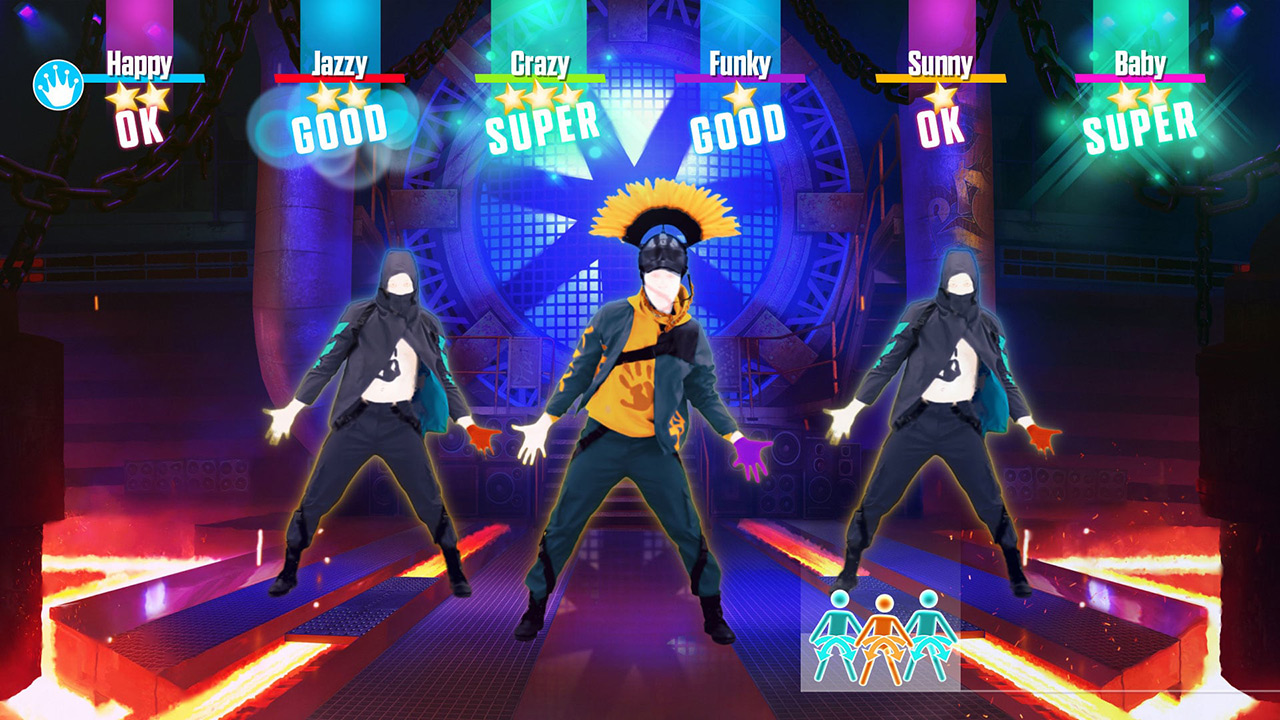 You can avoid this issue if, as Ubisoft hopes, you just subscribe to Just Dance Unlimited. This is the paid option and gives you access to ALL of the tracks licensed to be featured in the game across all editions. This option will be fine for some, but others will find it downright annoying and an affront to their sense of value having just bought the current game. Of course, Just Dance Unlimited requires players to get a UPlay account in order to subscribe, so those without one of those have an extra hoop to jump through.

The series’ renowned visuals have been tweaked with plenty of colour and big stage effects for individual tracks, with the Egyptian tomb effect being a particular standout The grandiose backdrops are great and some of the more minimalist clip visuals are fine too.

It is also interesting to note that Ubisoft has given some thought to the image the game portrays and thus dancers with different body shapes are featured. There aren’t just waif-like skinny shadows leaping about on the screen for you to dance along with; the game features fuller-figured performers as well, more in line with us in the real world. This is a small point, but a welcome development nonetheless.

Popular features such as the kids’ mode – with its simpler songs and easier dance steps – and the coin operated gift machine that spits out avatars, skins and other content are also back in Just Dance 2019, but once again, there’s nothing new about the features aside from the content within them. 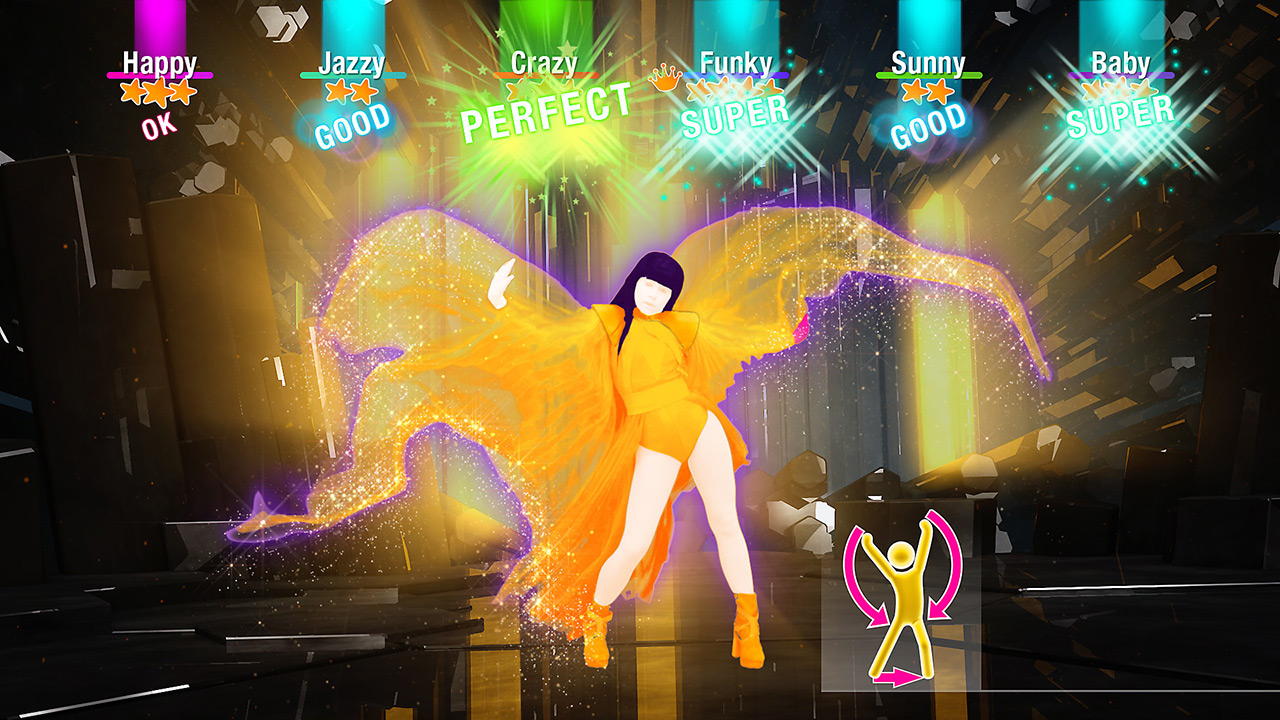 Just Dance 2019 plays exactly as you would expect. It works well with up to two players, but can become confused with who is doing what if you are short on space and trying to play with three or four. It is also fair to say that sometimes just moving anything to the music can see the game satisfied with what you are doing, and so the system is still far from perfect when it comes to measuring your skills. That said, the motion detection is considerably more accurate than in earlier entries into the series, so it’s good to see Ubisoft making progress.

You can sometimes fool it by just waving your arms about like an idiot, though. This doesn’t mean you aren’t having fun, but it undermines the notion that the gameplay is too focused on the concept of player skill. A better player will still beat you by dancing properly even if dodgy efforts are sometimes rewarded.

With all of this in mind, whether Just Dance 2019 is a must-have upgrade for those who have played previous iterations is all down to the individual – specifically, whether you or those in your household are fans of the new playlist or not. The game works well, is fun and colourful and will please fans, but if you don’t like the playlist you might find Just Dance 2019 is less likely to be an essential purchase.

Given its lack of new or exciting features, Just Dance 2019 is only really recommended if you’re a big fan of its track listing. It’s still a solid entry into the series that delivers on what we’ve come to expect.