Complete with vast tombs and rampaging monsters, the ruins of Ancient Egypt are the ideal setting for a pure shoot-’em-up following the exploits of a hyperactive, recently-resurrected redneck who just wants to kill everything he can find. Crema’s surprisingly humorous Immortal Redneck brings just that to the table, putting players in the shoes of the titular redneck as he ascends the pyramids for the sole purpose of killing whatever’s inside.

It’s a pretty simple premise, and it’s one that sees the player running through the procedurally-generated pyramids over and over again in gameplay that’s sure to remind you of games like Doom and The Binding of Isaac (for different reasons, obviously). Combined with aspects of its roguelike inspirations, that formula creates a challenge that’s sure to last plenty of hours without leaving you bored at any stage. 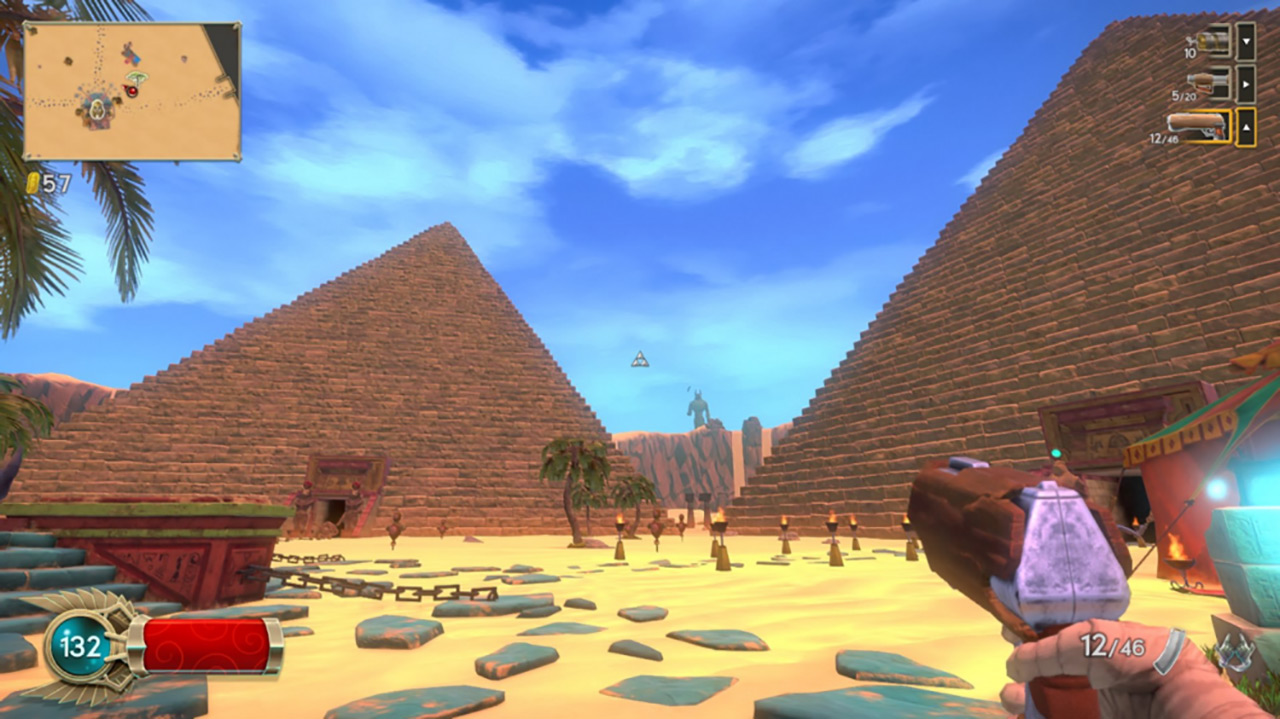 As is to be expected with a game as fast-paced and challenging as Immortal Redneck, players can expect to die plenty of times. That sounds like a Dark Souls-level annoyance — and in most games, it is — but Immortal Redneck makes the best of it by only allowing you to upgrade your mummified anti-hero’s attack, defence and health after dying; it’s a lot less annoying to die when every death allows you to come back stronger and more prepared for the challenges ahead.

Considering the simplicity of the game’s premise, it was a welcome surprise to see even more layers to Immortal Redneck in the form of ancient Egyptian scrolls. Available to collect throughout the game, scrolls can buff — or debuff — the player in different ways; some can increase your damage output or allow you to walk across lava, while others can cause you to take damage whenever you jump or annoy you by hiding your health bar. It’s these touches that can make a run through the pyramids easier, more difficult, or just plain silly (see the scroll that turns enemies into chickens).

Although it does provide a hell of a challenge, Immortal Redneck balances it out with humour; it’s not a game that takes itself seriously — at all — and that makes it infinitely more fun to play through. The pyramids throw enemies at the players ranging from creepy winged skulls and sarcophagi that spawn little baby mummies, to little one-eyed insects that are cute in their own weird way. The game doesn’t intend to scare people, or invoke any emotion at all… It’s just here to provide a fun, fast-paced experience, which it does very, very well.

The absolute abundance of weapons available throughout the pyramids is enough to excite any shooter fan. Although the player can only carry three at a time, the selection is truly incredible: pistols, shotguns, kunai, an awesome-looking taser-sword, magic and even ancient Egyptian artefacts. The arsenal available ensures that you never need to use the same weapons twice, and allows you to experiment with different loadouts to decide which weapons are best suited to the killing spree you’re about to indulge in.

The game is also quite nice from a graphical standpoint, with each pyramid bearing its own theme and each room offering something different in the background of the immortal redneck’s killing spree. Rooms range from small rooms and long corridors all the way to massive arenas, with bursts of bright colour throughout bringing a retro feel to the title’s ancient Egyptian setting. 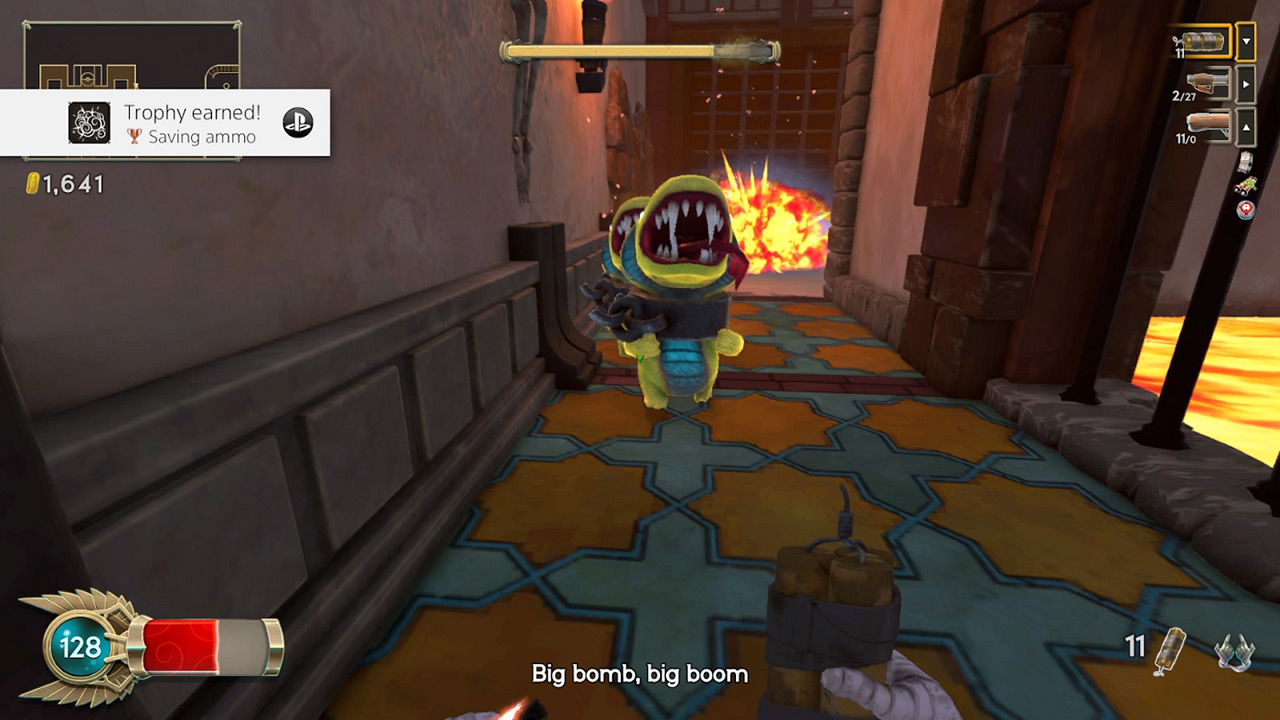 Immortal Redneck has a surprise around every corner, and for the $20 price tag it’s a must-play for anyone who likes roguelikes, first-person shooters or anything fast-paced. The mindless, ever-evolving violence — with its little touches of humour to boot — is the perfect way to unwind after a long day at the office, and it’s sure to challenge you enough to keep you occupied for quite some time.

Immortal Redneck ticks all the boxes for a fast-paced first-person shooter, and its roguelike elements create a level of replayability that comes as a genuine surprise considering its limited story.