Although many long-time Crackdown fans will find Crackdown 3 to be a welcome return to the world that hasn’t been explored since 2010, it’s hard to open this review with anything but the sentiment that I’ve been repeating to friends and coworkers since its release: “it’s just more Crackdown.”

While the technology has moved forward, and we’ve seen trends in game development come and go, Sumo Digital has largely stayed true to a formula it laid out twelve years ago with the original Crackdown. A superhuman cyborg (henceforth referred to as the Agent) sets out to clean up the crime/infected/corporate criminals of a near-future city. The names and faces have changed (I’m happy to report that Michael McConnohie returns as the voice of the mysterious Agency Director), but the gameplay loop hasn’t. Shoot, punch, jump, drive, collect orbs for experience, shoot/punch enough things to take down a boss, and repeat. 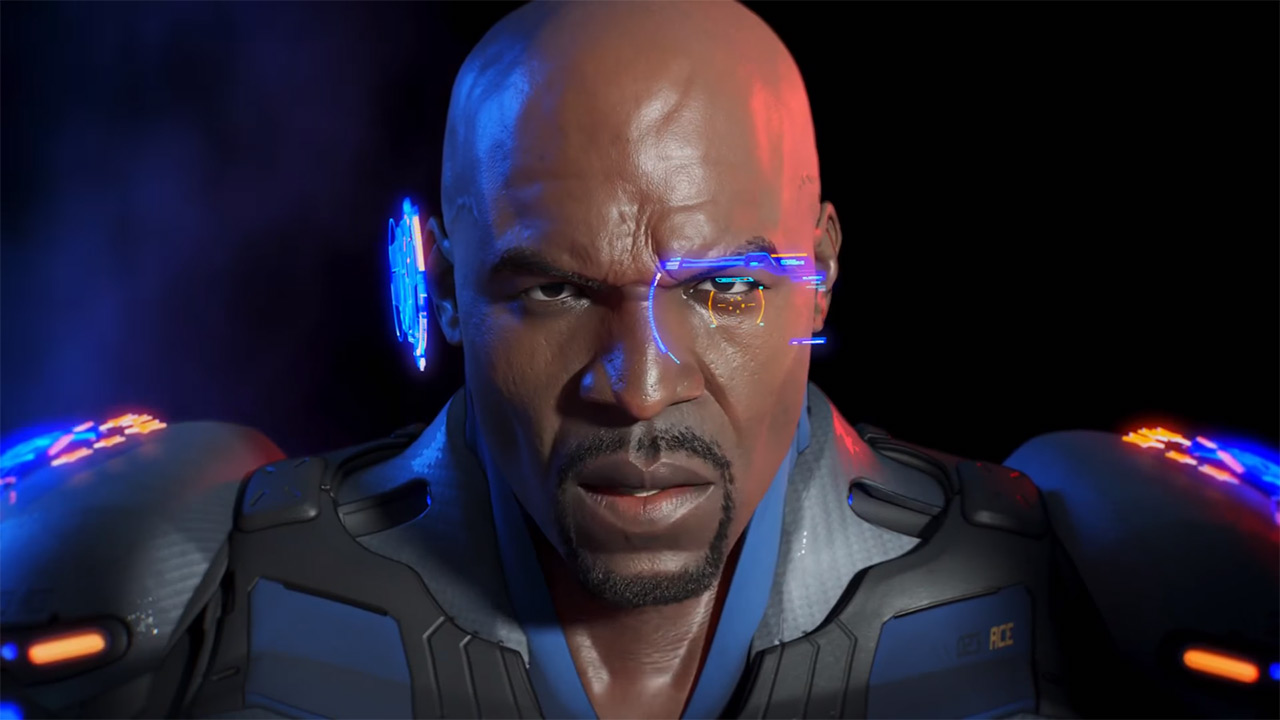 It’s repetitive, for sure, but the loop holds up. Crackdown 3’s moment-to-moment fun comes from interacting with objectives, and the freedom to deal with enemies and situations as the player sees fit. I personally value Agility and Firearms, so much of my time is spent jumping and rolling from place to place,  engaging in fast-paced firefights. The progression system from earlier games also makes a return, with experience doled out according to how it was earned (Firearm kills provide experience orbs for the Firearms skill, for example), and progressing each skill enables you to unlock new abilities to use.

As far as the gameplay structure goes, you attack each major player in the enemy faction, destroy their systems and then take them down. Although that lack of innovation could be seen as a major issue, it also makes Crackdown 3 feel more like a direct sequel to the original than Crackdown 2 did – more Crackdown is absolutely not a bad thing, as long as it’s the thing you want.

From a mechanical standpoint, Crackdown 3 walks the line of “good, but not great.” The running and jumping feels polished and even better than it did in its predecessors (important to my personal playstyle), and the enemy AI is aggressive enough that’s it’s difficult to defeat by attrition or methodically picking them off, which leads to the bizarre, chaotic combat that Crackdown is known for. However, the lock-on targeting and melee combat are a struggle at times, which is a major drawback for a game revolving around shooting and punching. I haven’t found it to be a game-breaking issue, by any stretch of the imagination, but it’s absolutely worth a mention. Driving is still the familiar, slightly-off-but-kind-of-there Crackdown style that again, we all know and like (or dislike) spending time with. 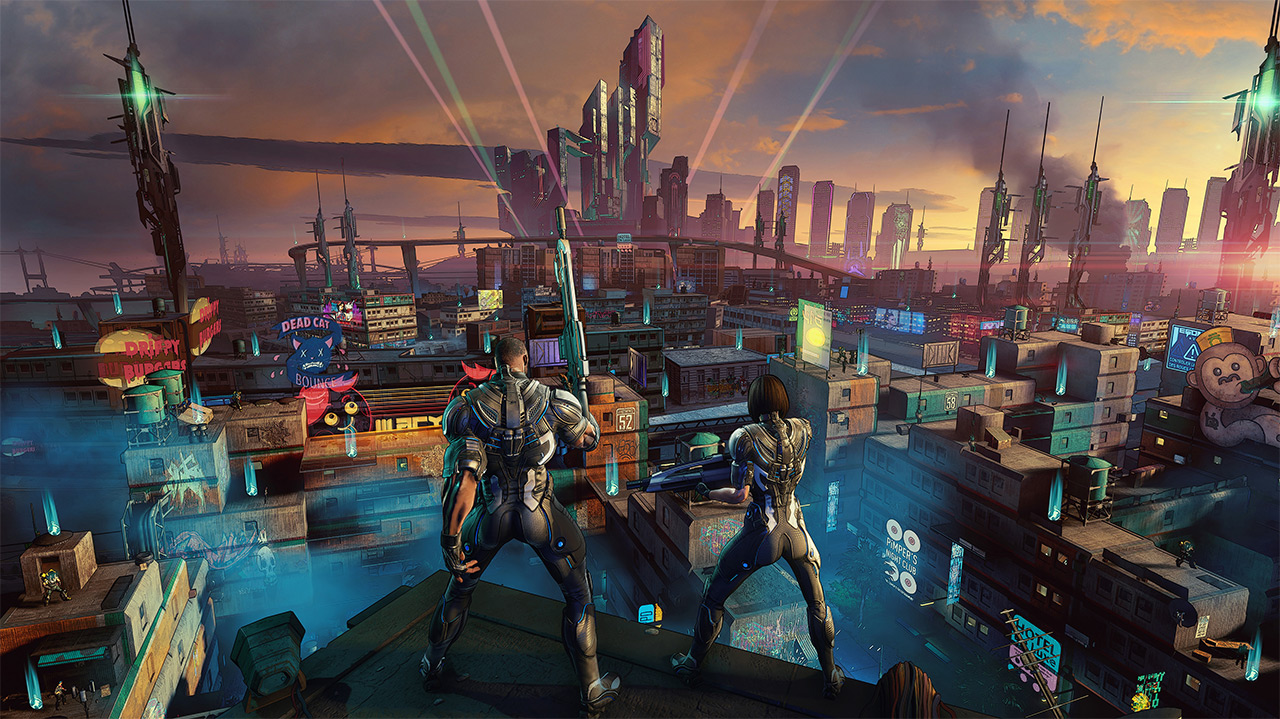 A very welcome improvement on previous iterations is the wider variety of ordinance available to the player; switching between a napalm-spitting death cannon, to an arc rifle, then to an assault rifle to mop up the enemies lucky enough to survive the onslaught is just so satisfying. Crackdown 3 lends itself to the ridiculous and the ever-changing; the variety of weapons available and the cleanliness with which you can switch between them helps that along perfectly. In a game based heavily around a repeating “assault enemy stronghold, raise hell, leave” feedback loop, the inherent fun and satisfaction is a key factor of the game’s appeal.

Crackdown 3 isn’t without its flaws, of course: question marks remain over the lack of variable gameplay, and how (or whether) the series has evolved since its original release. One can’t help but wonder if Sumo Games simply stuck to the tried-and-true Crackdown formula due to a lack of inspiration, demonstrated through a largely unchanged – if more polished – gameplay loop and an overall story formula that is merely rehashed from the previous Crackdowns. While I earlier identified this as a minor issue, it does cause one to wonder about the series’ long-term prospects. 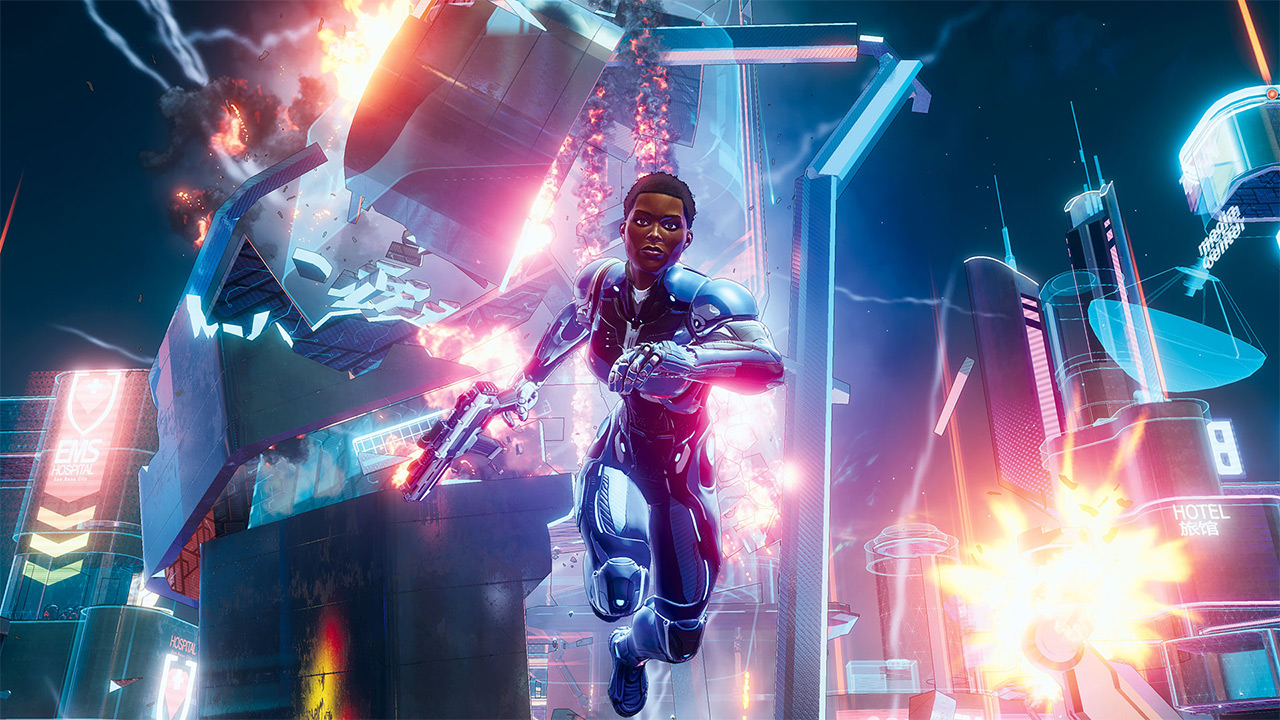 I’m sure that by now, you’ve noticed the consistent theme of this review: this is Crackdown. There’s no other way to say it – if you’ve played the earlier entries in the series, Crackdown 3 will feel very familiar to you. There’s new Agents, new criminals, a new city, and a new sheen, but it is absolutely the old friend we all know and love. If you enjoyed the previous iterations, you will love Crackdown 3.

Crackdown 3 is the second course that longtime fans of the series always wanted. Tight mechanics, endless chaos, and a big fun factor make Crackdown 3 a worthy experience. However, if you want something deeper, you won’t find it here.