This week in gaming: Yakuza is back, Cyberpunk 2077 looks even more gorgeous, Bungie confirms Season Passes in Destiny 2: Shadowkeep, and more!

After teasing it during this past April Fool’s Day, Ryu Ga Gotoku Studio has announced (via GameSpot)Yakuza 7 and confirmed that it will mark the debut of turn-based combat for the action series. During the game’s reveal event, series creator Toshihiro Nagoshi described the change from real-time combat as a “watershed” moment for Yakuza and promised that his studio would change the gameplay back in future games if players were not satisfied.

CD Projekt RED treated eager fans earlier this week with a lengthy look at its hotly-anticipated first person RPG title that showcased two of the game’s playstyles as well as part of Night City’s Pacifica district. Pity that most of the video is tarnished by very annoying narration.

Destiny 2 Game Director Luke Smith has continued his streak of lengthy explanatory posts by revealing Bungie’s plans for implementing Season Passes throughout the year following Destiny 2: Shadowkeep’s October release. As in other multiplayer games, Destiny 2: Shadowkeep’s Season Passes will feature both paid and free tracks for progress, with Bungie planning on letting free players “catch up” on unlocks later in each content season.

The developer revealed the news during its PAX West panel earlier this week, and began by announcing three new endgame modes for Borderlands 3: True Vault Hunter Mode (a more difficult version of the main campaign), Guardian Rank (an “evolved” form of the previous game’s Badass Rank), and Mayhem Mode (a version of the main campaign that can be tweaked to the player’s liking). Following the game’s release, Gearbox Software plans on hosting a pair of in-game events before launching its first premium expansion by the end of the year.

Additionally, Gearbox also officially announced the first proper sequel in the Homeworld strategy series since 2003’s Homeworld 2 and the first new game since 2016’s Homeworld: Deserts of Kharak. The new title, aptly-named Homeworld 3, is slated for a late 2022 release and will be partially funded through Fig.co.

Mixer Product Marketing Manager Ben Favreau took to Xbox Wire to announce that the company will start giving US$3 to streamers for each viewer that they convert into an Xbox Game Pass subscriber. This will also include regular subscribers who are upgrading to Xbox Game Pass Ultimate.

Report: Overwatch is coming to Switch

Thanks to intrepid deal hunter Wario64 on Twitter, fans were given new hope for an Overwatch Switch port after Amazon US listed a “PowerA Protection Case” featuring “officially licensed” game branding. Neither Nintendo nor Blizzard have commented on this latest development as of this writing. 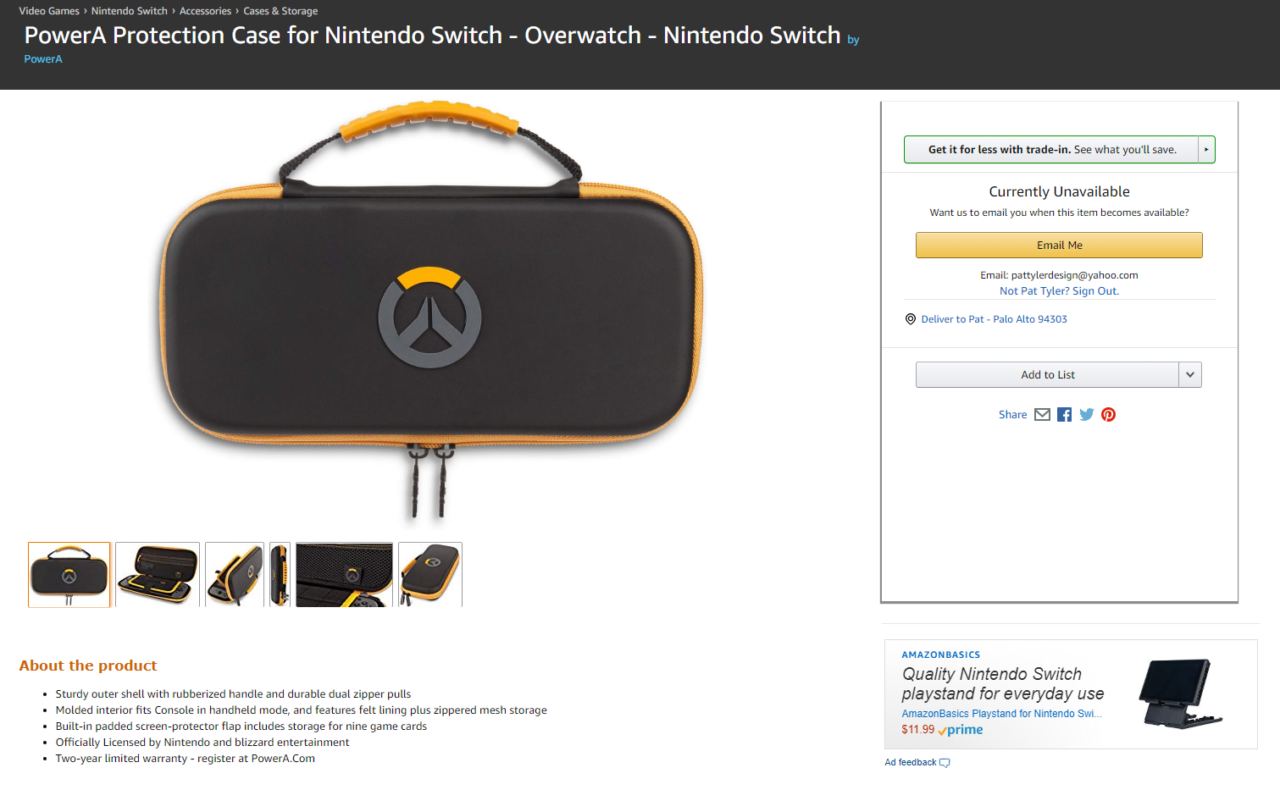 Why not enjoy a life of servitude in Halcyon?

Deck 13’s cyberpunk take on the Souls formula returns for another futuristic outing.

Holy cow does this look like a great expansion or what?

Here are a handful of new indie title to look forward to in the near future.

Whipseey and the Lost Atlas is now available

Developer Daniel A. Ramirez and Sydney-based publisher Blowfish Studios bring us this adorable retro-styled platformer that sees the title character using their whip to attack, grapple, and even hover above hazards. It’s available on Nintendo Switch, PS4, Windows PC (via Steam) and Xbox One right now.

Astroneer is set for PS4 in November, and there’s an update out this week

After more than three million sales on PC and Xbox One, System Era Softworks’ “beautiful, relaxing” space exploration simulator is headed to PS4 on November 15 along with an exclusive suit and visor. PS4 owners who pre-order the game digitally will also get themselves an exclusive theme.

The PS4 version will come with all of the game’s existing content, including the Explorer update, which is slated for a September 4 launch. That update will include long-awaited features including the jetpack and jump-jet, along with a new player camera and a number of new items.