DISCLAIMER: I want to preface this review by saying that I played Cyberpunk 2077 on PC and PC only. I have no experience with the console versions, and this review won’t be commenting on the state of the game on these platforms. While it’s undeniable that CD Projekt RED has launched the game in an inexcusable state on last-gen consoles, it’s not fair to let this effect a review of the PC version of the game, which is a (mostly) functional experience.

It’s surreal to be writing this review for two reasons: firstly, because Cyberpunk 2077 was initially announced when I was only 13 years old — a whole seven years have passed since that first teaser trailer and my taste in games has vastly changed, but my interest in the title never waned; and secondly, because the amount of hype and excitement surrounding this title was unparalleled. The gaming industry has a controversial history of hyping titles up to standards they’ll never live up to, and Cyberpunk 2077 couldn’t escape the same treatment after CD Projekt RED released The Witcher 3: Wild Hunt. Despite the unending grip that 2077’s last gen versions have on current industry news, there’s a fantastic experience to be found at the game’s core, even if it’s a bit rough around the edges.

CDPR’s flagship title, The Witcher 3: Wild Hunt, is arguably best-known for its narrative, characters, lore, and world-building. Much like the developer’s previous efforts, Cyberpunk 2077 is based on a pre-existing universe established by Mike Pondsmith’s tabletop RPG, Cyberpunk 2020. You play as a custom-created character named V, an up-and-coming mercenary who is presented with the unmissable opportunity to steal a chip from Arasaka — one of Night City’s most despotic corporations. Without spoiling too much, the job goes wrong and it alters V’s life in entirely unexpected ways. It’s a thrilling, and gripping core narrative with the kind of writing and characters you’d expect from CDPR, complete with numerous decisions that influence V’s relationships and the ending of the game. It’s a shame that the narrative ends up being rather linear, but what’s presented hits all the notes you’d want from a cyberpunk-style narrative. 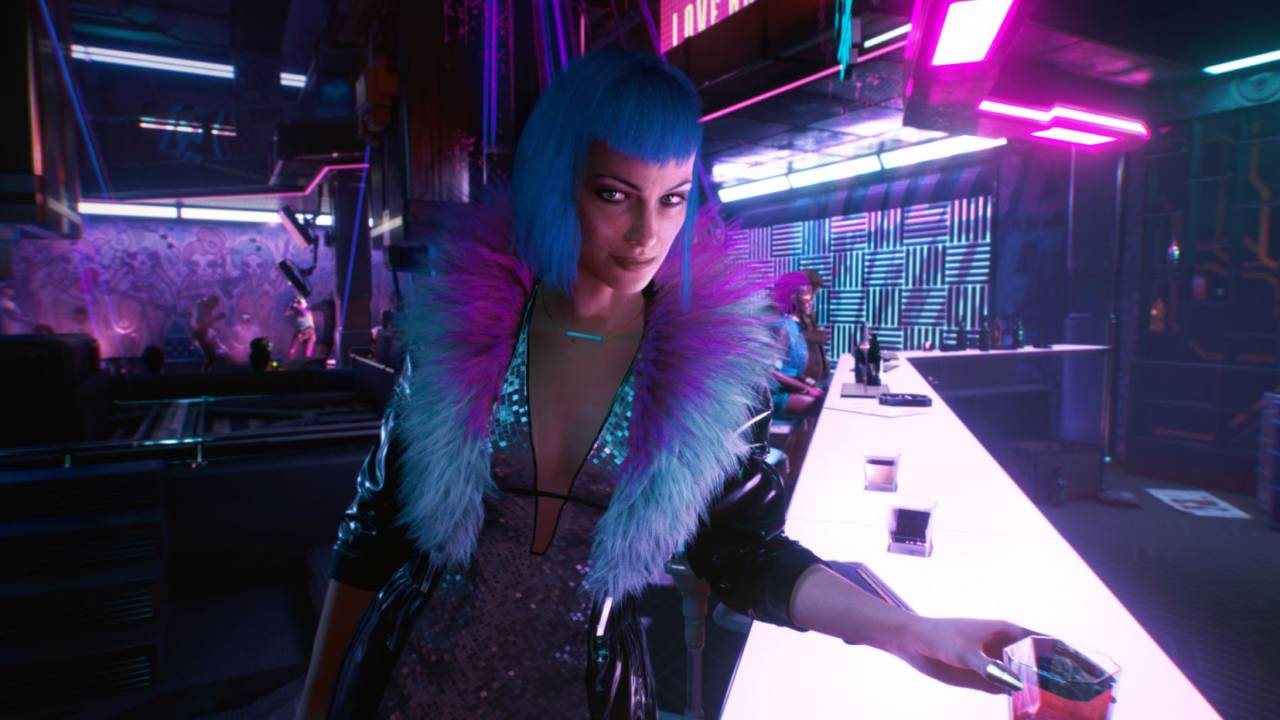 Night City is as beautiful as it is terrifying, seemingly presenting so many opportunities to so many people, only to chew them up and spit them back out again. This is mostly viewed through the lenses of its numerous side-quests, which are arguably better than the main game. It’s a confronting, gut-wrenching, and dark place, but it’s a brilliant set dressing for the kinds of themes and subject matter that Cyberpunk 2077 tackles. The darkness and depravity of some of this stuff sometimes misses the mark, but it really makes you think when it works, and the façade of Night City’s utopia contrasts heavily with the story’s more human moments, which are some of the most touching and inspiring experiences I’ve had in a game. It’s the attention to detail that really pulls these moments off, and CDPR should be applauded for its stellar work on the city and the people that inhabit it.

Although it does have some of the best side-quests in recent memory, Cyberpunk 2077 unfortunately also falls into some of the all-too-familiar trappings of the open-world game design. For such a massive city, there’s decidedly little to see or do outside of the main story and the side-quests: hunting down the tech-crazed Cyber-Psychos is often enjoyable but the vast majority of the markers on the map consist of enemy camps or people being threatened by Night City’s various gangs. There’s no dynamic world building or emergent gameplay on offer here, and it makes Night City feel incredibly flat from a gameplay perspective. It’s a shame, too, because this is something that CD Projekt RED did quite well in The Witcher 3; a little more love here would have benefitted Cyberpunk 2077’s immersion a great deal. 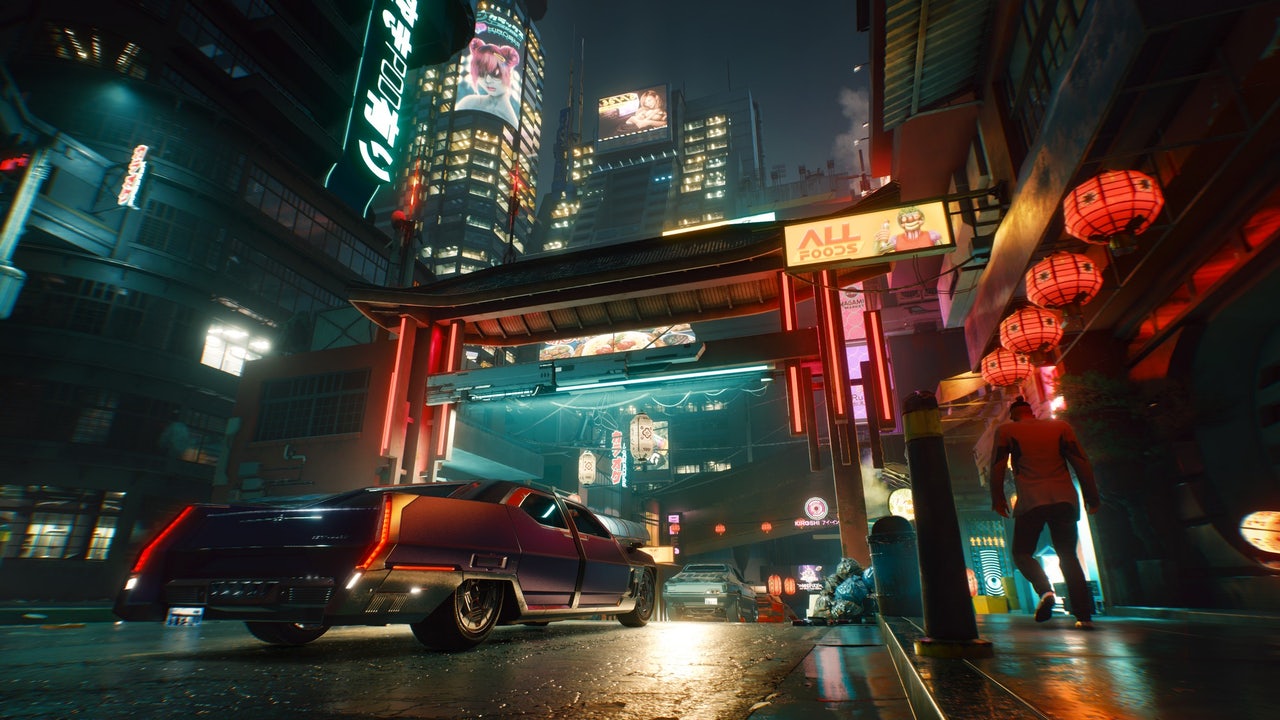 The most exciting prospect of Cyberpunk 2077 for me before it released was the bevy of choices and opportunities you have to tackle quests and gameplay situations. The Deus Ex and Dishonored series are some of my favorite immersive sims, a genre that’s largely been forgotten in favour of more linear gameplay systems. 2077 seemed to be embracing this design mantra when it came to actually playing the game, and I’d already started planning how I wanted to build my V for current and future runs. Unfortunately, a lot of the RPG mechanics here feel like set dressing: surface-level systems that feel unfinished, as if they were included for the sake of it. There’s virtually no reason to invest in crafting because the economy is botched; stealth is near-pointless because of the poor AI; gun attachments provide negligible stat boosts; and there are some perks that just made me scratch my head. This is also a shame, because the core gameplay and the feel of the weapons — melee or otherwise — are quite good, but there’s just not enough there to complement it and make room for the player choice that the genre thrives upon.

The few systems that are fleshed out are ripe with potential, but they never capitalise on that potential because of the other, more lacklustre, systems. The Cyberware that you can purchase and equip V with provides a variety of different bonuses: more movement options, new melee weapons or projectives, increased carry load, boosts to health when you’re below a certain threshold, and more. All of these features practically beg for diverse builds and multiple replays to see what kind of nonsense you can come up with, but I don’t feel compelled to go back to Cyberpunk 2077 and experiment with it until all of the interlocking systems are more fleshed out. 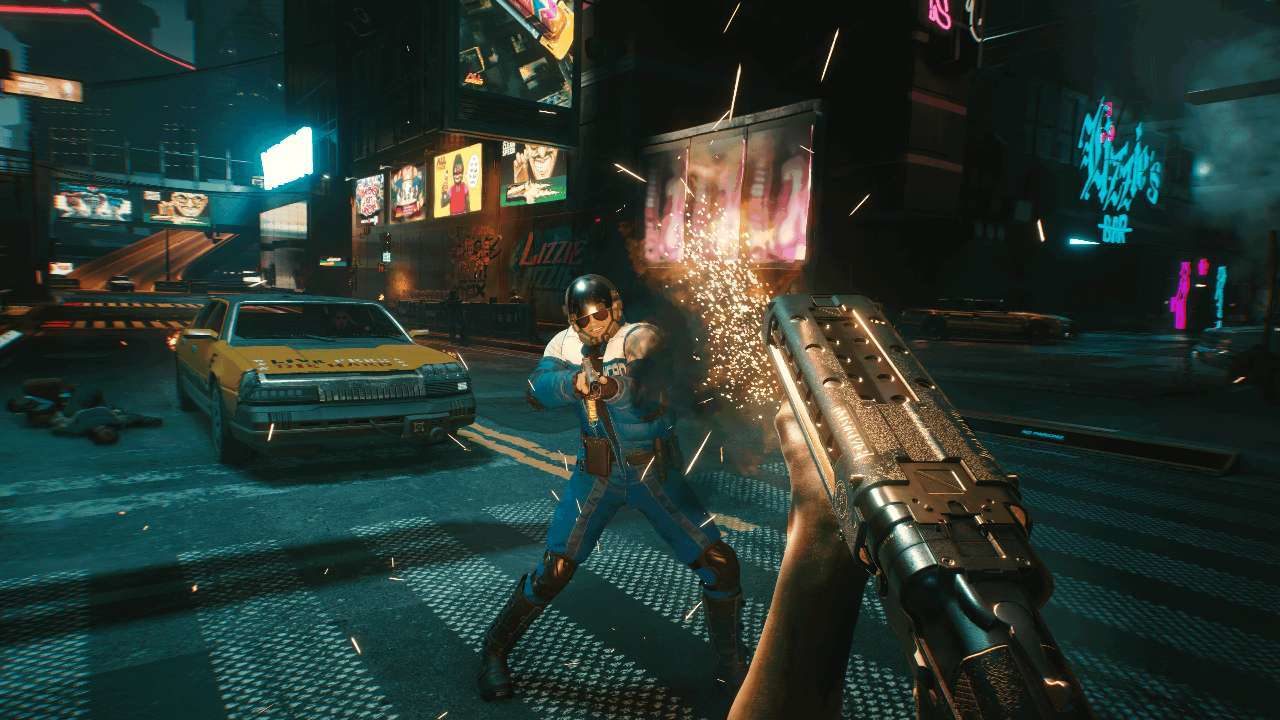 Along with the Cyberware system, the Hacking and Quick-Hacking mechanics are quite well developed as well. You can employ a variety of Quick-Hacks to distribute malicious software and viruses into your victims’ Cyberware, allowing you to blind them, shock them, or even drive them insane and have them start wailing on each other so you don’t have to. It’s killer stuff, and it’s really intuitive to use in combat with a relatively non-intrusive hacking minigame that’s simple enough in concept but can become quite difficult at times.

Ambitious open-world RPGs like Cyberpunk 2077 aren’t strangers to technical performance issues and bugs, and the game has been making waves throughout games media because of its glitches. Fortunately, I didn’t experience anything game-breaking that required a full restart; some saves had to be reloaded, but I never lost any progress due to hard crashes or lockups. It’s also worth mentioning that CD Projekt RED is pumping out patches to get the core issues ironed out, but if you decide to Cyberpunk 2077 up right now, you need to know that bugs are going to be a part of the experience.

Thankfully, the game is quite well-optimized when it comes to performance and visuals. I comfortably played the game on the high preset on my 1070TI, with a steady 60 frames per second. This is one of the most gorgeous games I have ever played: every skybox is inspired, jaw dropping, and awe inspiring to look at. There were so many moments where I caught myself slowing down and taking in the sights – something I rarely do in games – because it all just looked so good. Night City is such a strongly realized location visually that it’s become etched into my mind, and I don’t think I’ll be forgetting about its beauty anytime soon. 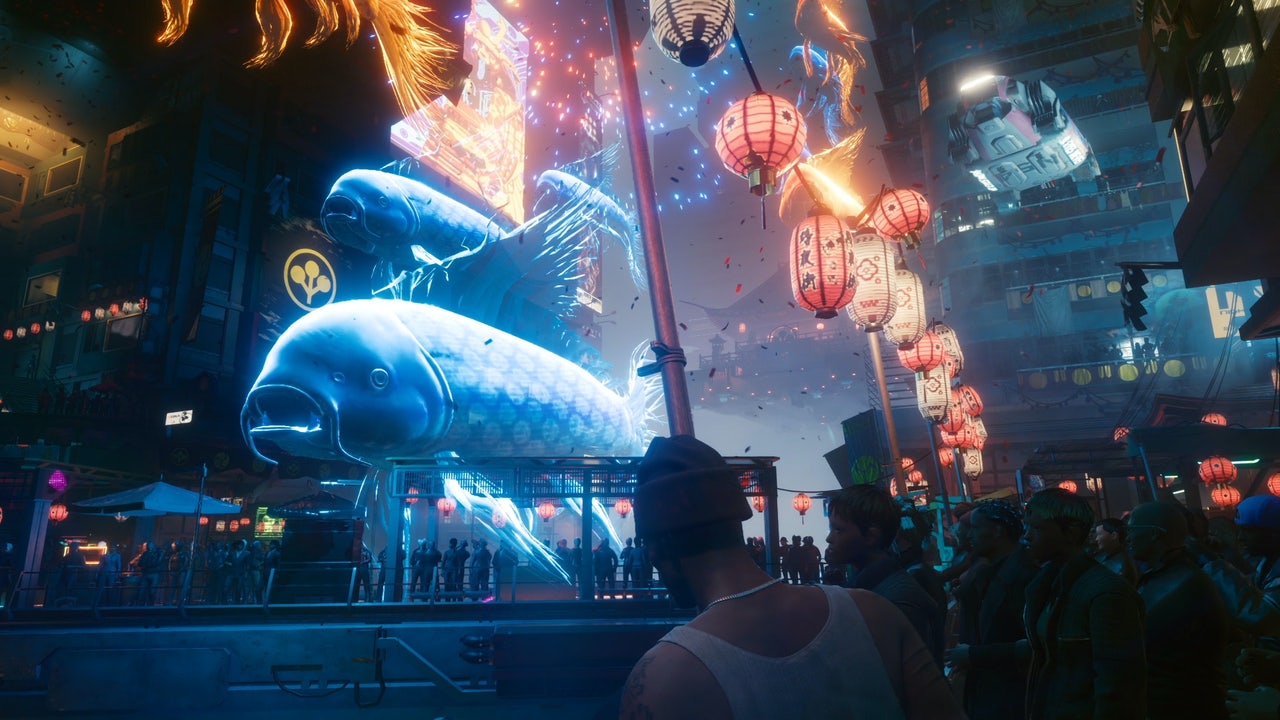 While the storm of Cyberpunk 2077’s release continues to shred through social media, criticism of the actual title is left to the wayside, which is unfortunate, because when the game gets going and everything clicks into place, it’s unlike any other RPG you’ve ever played. It’s a decidedly human game despite its subject matter and dress setting, with some character moments and story beats that easily tops CD Projekt RED’s previous best, but a lot of what it has to offer is surface level at best.

Whether or not you enjoy 2077 depends on what you want out of it — it has an engaging narrative, an enthralling set of side quests, some truly likeable, well-written characters, and some jaw-dropping scenery if you have the hardware to support it. If you aren’t particularly interested in these things, though, Cyberpunk 2077 won’t do much for you in its current state, but hopefully it will later down the track.

Cyberpunk 2077 ultimately fails to deliver on most of the promises made during the lead up to its launch, but what it does deliver on is really spectacular. It’s one of the strongest RPG experiences in this kind of setting, with killer characters and a thoroughly enjoyable suite of side quests that’s easy to love in spite of its faults.