Video games have never been so important

It’s been a hell of a year. Nobody could have predicted that video games would get so many through increasingly bizarre circumstances, but we’re glad they did. I was in Victoria through the worst of it, so through seven months of variable-degree lockdowns, it was either play video games or devote myself to baking bread.

I’m not really about that dough life, so it’s a good thing we had so many great games coming out this year to kill some time! With that in mind, let’s get into it.

My game of the year: Necrobarista

I knew it had to be Necrobarista, you knew it had to be Necrobarista… So why even bother with the usual preamble? As I wrote in my review when it came out, the game is a love letter to Melbourne that arrived at a time when that culture was missed more than ever before. Route 59 Games crafted a brilliant visual novel, meticulously knitting together wry humour, genuine emotion and an absolutely gorgeous art style into a profoundly affecting experience that still lingers months after the first playthrough.

Every character is memorable and delightful in their own way, and it’s these characters who keep you invested in the story. The story wonders about the struggles of running a coffee shop and dealing with the complications of an afterlife, but ultimately it’s a story about Maddy, Chay, Ned, Ashley and Kishan and their lives/deaths. The Melbourne setting, the tangents about the benefits of caffeination, the brilliantly witty one-liners, they’re all excellent; but the story really hinges on the characters rich personalities and backstories.

It’s possible that I’m a little too personally invested in Necrobarista. I first started following Route 59 years ago, when I interviewed the lead developer for a community TV chat show, and I kept an ear out on the topic ever since. Through a couple of delays and occasional follow-up interviews as the game progressed, I followed along with the process and eagerly awaited the full release.

You know how some games seem to have incredibly strong development, and then they just fail spectacularly at the clutch moment? No Man’s Sky, Sea of Thieves, games like those? Necrobarista looks at them and laughs. I don’t think I’ve played a game in the last five or six years that hit the ground running quite so incredibly, although it’s admittedly rare that I play a game on release.

Honestly, there’s nothing I can really say here that I didn’t already say in my review, except for this: in the weeks following that review, Route 59 announced two free content updates to be released in the new year, focusing on side characters we saw only briefly in The Terminal as they intersected with the larger arc. Based on this, I’m going to call it now and say that Necrobarista is also going to be my Game of the Year for 2021. See you then.

There’s a simple, beautiful pleasure to the Tony Hawk’s Pro Skater games, and this re-release brought it straight back to the fore. There’s something just so calming about just… skating around, not thinking about goals or specific things to do or even your points. Sure, Tony Hawk’s Pro Skater has things to accomplish and achieve, but the true joy in it is just letting your mind be empty as you cruise up and down a halfpipe.

I guess some people use zen gardens or yoga to achieve that. Personally, I think Tony Hawk’s Pro Skater 1+2 is better.

Fallen London is almost a decade old, but the reason it lands on my Game of the Year list in 2020 is because, at long last, all of the player’s overarching character goals have conclusive endings. The madpeople at Failbetter Games finally did it! Obviously, these goals can take almost a decade to reach if you’re only checking in occasionally, so I’m nowhere near completing them, but it’s nice to know that there’s an ending out there. It’s also just really nice to know that there are text-based RPG browser games from 2011 that still have both a healthy player base, and content still coming in. 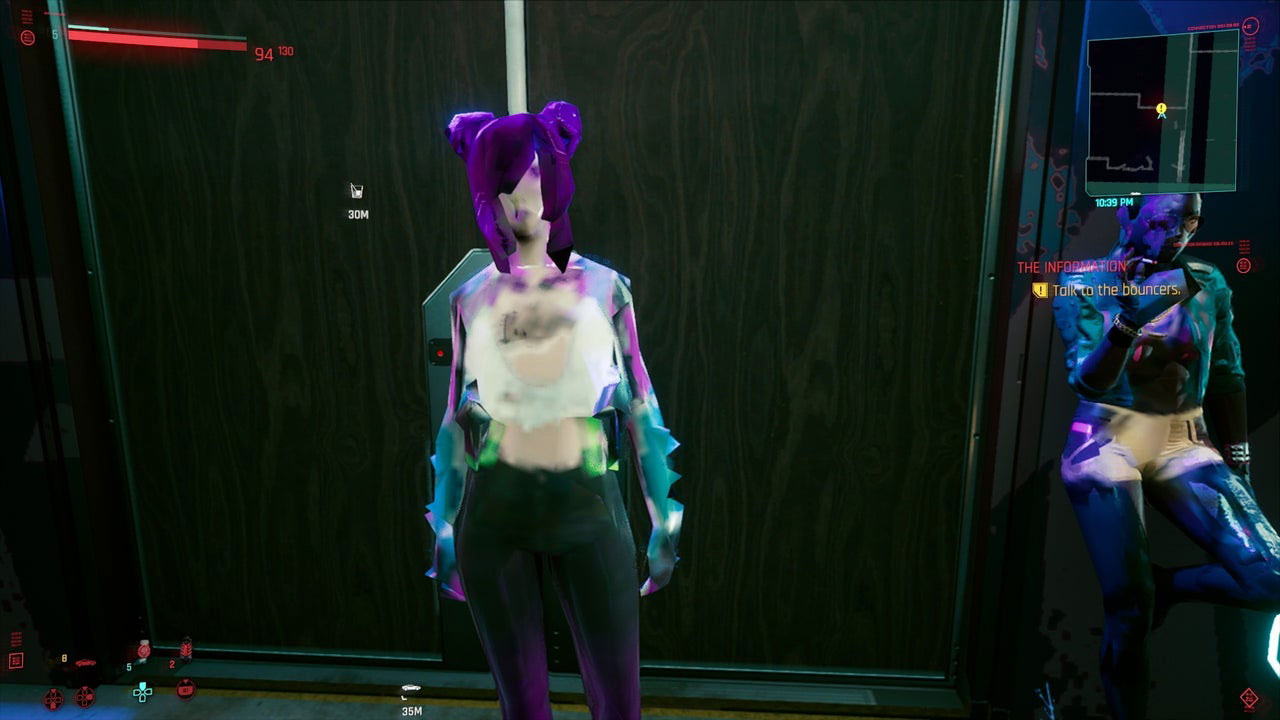 We all know that large parts of the gaming community struggle with issues of toxicity, racism, sexism and needless hate, but occasionally that same gaming community can rally together behind a cause in a really incredible way; itch.io’s bundle supporting the Black Lives Matter movement exemplifies that.

Hundreds of indie developers volunteered their games to the pay-what-you-want bundle, with proceeds going directly to the NAACP Legal Defense and Educational Fund. Not only was it incredible to see developers respond so decisively to the callout, it was heartwarming to see so many people get behind it as well: the campaign’s original goal was to raise $5 million, but it ended up raising more than $8 million for the NAACP when it ended on June 16.

If you had told me a year ago that I would be putting Cyberpunk 2077 down as a miss in my end-of-year coverage, I would have scoffed at you. Not literally, of course — that would just be very rude and I do have some standards — but I wouldn’t have believed you, because I was a young idiot child back then. I know better now.

Of course, CD Projekt RED might have been able to salvage its full year of marketing gaffes, bigotry, hypocrisy and a development team forced into crunch if the game ended up being the groundbreaking event that it was meant to be. It still wouldn’t have been even remotely okay for all of these things to happen, but at least the endgame would have been worthwhile.

Unfortunately for the Polish developer… The game doesn’t even fucking work.

TUNES. ABSOLUTE JAMZ. BANGERS. Any other synonyms a Triple J host might use to describe a good song. The Persona 5 soundtrack encapsulates all of those and more with its funky “hanging out around town” vibes to its more intense “punch an evil crime boss directly in the source of his warped desires” rock tracks. Persona 5 Royal turns it all up to eleven with a series of new additions to the discography. A special mention has got to go to Whims of Fate, an absolutely stunning track from the game’s best level. If you can listen to a minute of that song without grooving even a little bit… Please consult your GP. 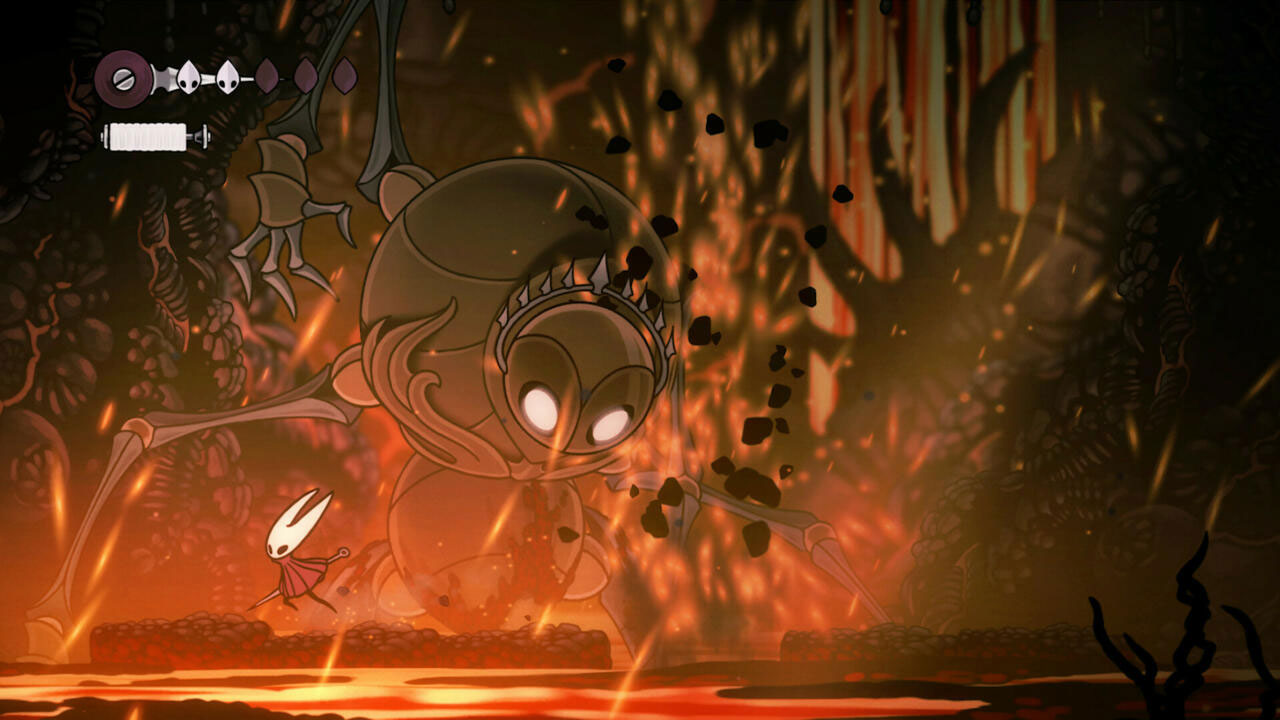 They say creativity thrives on limitations, and it has been a year of some truly bizarre limitations that people responded to in some really weird ways. It stands to reason, then, that there are going to be some stunning indie games hitting the horizon as people start to finish those projects they started in self-isolation and those projects start hitting the streets. Obviously, some might be a little terrible, but I’m keen for those ones anyway. They’re usually the first step to the next big smash hit.

A return to couch co-op

There’s something to be said for leaning over and gently pushing your friend to throw off their concentration in a game of Mario Kart. It’s that puerile sense of low-grade assholery that we all pretend not to enjoy, but are almost incapable of refraining from. There are so many great party games out there, but I feel like there’s something crucial missing when you have to play them online. Don’t get me wrong, they’re still great fun, but sometimes it’s nice to just occupy a room with somebody else, before hitting them with a lightning bolt and running them over with a Luigi on a motorbike.