A Year of New Ideas

My game of the year: The Sexy Brutale

Alright, I know The Sexy Brutale came out in 2017, but I’m a slow-going kind of guy so I only got around to playing it in 2019. The Sexy Brutale has one of the most innovative premises I’ve seen in an indie game in years: a murder mystery crossed with Groundhog Day time-rewind mechanics means the minute-to-minute gameplay remains tense while still being forgiving, the characters are fleshed-out and the deaths are just grisly enough that you want to prevent them and are near-powerless to.

The art style and the soundtrack add to the game’s incredible and engaging atmosphere, as you explore a casino/mansion to find clues and indirectly prevent the series of murders. It’s got everything I like: a killer soundtrack, black comedy, mysteries and puzzles.

The Sexy Brutale is one of those sleeper hits that never quite seems to get the love it deserves, despite being an absolute masterpiece in all facets of its creation. I love indie games, and The Sexy Brutale is the best of the best.

Honourable mention: Sunless Skies
God knows that I love me some Lovecraftian horror, and it’s a tragically underappreciated genre. Yeah yeah, we all know Cthulhu is great, but he’s weaksauce. He’s overdone, and at this point, he’s just a big octopus. Proper existential dread is hard to come by, and Sunless Skies delivers it. When you gaze into the abyss, Sunless Skies stares back and beckons you in. You don’t know why… you just know that you must follow.

Honourable mention: The Outer Worlds
So many people have discussed how great The Outer Worlds is, but the truth is that if you were going to get it, you probably already have. It’s Fallout: New Vegas in space! Those five words made everyone’s decision for them back in 2018 when the trailers first dropped, so I don’t fully know what to put here that we don’t already know. I guess I’ll just use this space to commend SAM for being the best damn cleaning companion a rogue space captain could ask for. Love you, buddy. 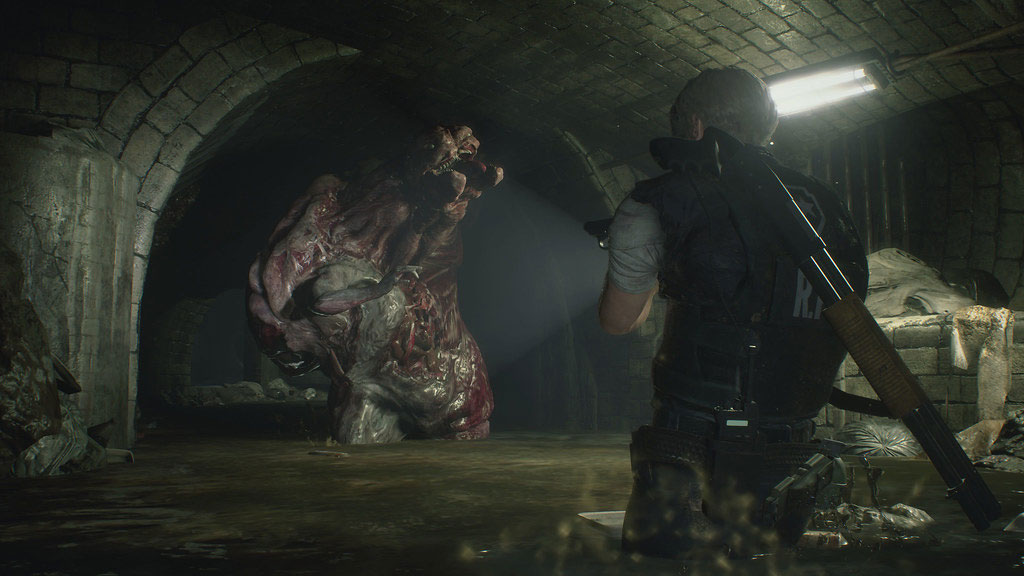 Hit: Resident Evil 2
I was too young and didn’t have a PlayStation when the OG Resident Evil 2 came out, so I was psyched for the re-release. I had no idea what I was in for since I had never quite gotten into the Resident Evil series, but damn, if they were all this good, I’d be locked in for life. The game is gripping, the story is compelling and the gameplay is consistently tense on harder difficulties.

That, and, it’s always fun to wait until your friend goes to the bathroom and shoot all their ammo into the wall for kicks. Sorry, Ted.

Miss: Katana Zero
I wanted to love Katana Zero so much, but oh my god. Psychedelic visuals, phone calls and murder do not a Hotline Miami make. A solid, fast-paced gameplay loop is what made Hotline Miami so damn good, and it didn’t focus so much on yelling at you for it which is why it was so damn powerful when it pulled out the stops and really started questioning your behaviours.

Katana Zero just isn’t captivating in the same way that its clear inspiration is. I tried to enjoy it, I really did, but Devolver’s whole deal just doesn’t last the way it did. Try something new, Devolver. I believe in you.

Both: Star Wars Jedi: Fallen Order
For the life of me, I cannot figure out why everybody seems to love Fallen Order. Much like Star Wars movies in recent years, it’s the most “basically adequate” thing I’ve ever played and it was over both too soon and too late. The characters are dull, the plot is predictable and there aren’t enough boss battles — which were the only bits I’d describe as “actual fun”.

The only reasons I’m not putting this down as a miss are that I’m scared of Star Wars fans, and Oggdo Bogdo is an absolute lad (for real, though, I got a bit of a kick out of lightsaber combat, but not enough to keep the game on my shelf for long enough to lose my return window). Necrobarista:
I have been waiting for Necrobarista for what seems like an eternity. A visual novel about a semi-Satanic coffee shop in Melbourne? Coffee and Satanism are the reason I moved here back in 2016! It was originally slated to release in 2019, but alas, Route 59’s small team needed to put its health first and delay it a few months to stay on top of things. If that’s what it takes for the team to stay happy and healthy, then that’s the way it’s got to be, but damned if my leg isn’t twitching in anticipation.

…On second thought, that might actually be the fifth espresso shot.

Cyberpunk 2077:
What more is there to say? Light-up jackets, CD Projekt Red and futurism are all great and I am always keen for some real transhumanist stories. I’m keen to delve into the dark future and start eking out my way as a rebel Netrunner, and get me some of those mantis arms as well.

Psychonauts 2:
I’ll follow you anywhere, Tim Schafer. Psychonauts was a brilliant concept that I only recently discovered, just in time for the sequel to be announced! Double Fine hasn’t had many misfires in its time, and I can’t see too many ways for such an idea as more Psychonauts to go wrong. As long as it hits the comic beats and quirky characters of the first, Psychonauts 2 looks to be one of the best games of next year that won’t have 15 different preorder bonuses.

Untitled Goose Game kinda swept the indie scene this year, but looking beyond that, there have been some really amazing releases this year in both the triple-A scene and the indie backlots. Novel ideas have been steadily gaining clout and influence, and it’s been great to see the gaming world rally behind some riskier choices. A couple disappointments early in the year were easily undone by a string of hits in the latter 6 months, on all sides.

While the real world is complicated and hard to predict, at least the future of games looks bright. Neon-soaked, glass-walled and filtered through haze, maybe, but still bright. All you have to do is find the right shade of glasses.