Sydney-based developer Cranky Watermelon pitches Boomerang Fu as a “frantic physics party game”, and that’s exactly what it is — a chaotic, adorable co-op fighting game that instantly stands out as an indie gem. It refreshes the tried and tested arena-battle formula with an excellent food-based style and fantastic commitment to gameplay feedback, ensuring that both victories and defeats have you begging for more.

Boomerang Fu gives players 12 unique food-warriors to choose from (I had a deep, visceral connection with the perpetually-stressed Coffee Cup), each of which have their own unique and hilarious death animations: the Cup shatters, the Milk spills and the Avocado loses its seed — when it isn’t curb-stomping me — to name a few. You can finally live out what I assume was every gamer’s fantasy growing up, murdering a Donut as an Eggplant… with a boomerang!

As the game’s title would have you assume, the instrument with which you spread carnage and claim dietary supremacy is a boomerang that has manipulatable power. Boomerang Fu also offers close-quarters mêlée gameplay, as well as a recall function that adds an excellent risk-reward element to the mix. You’ve also got a dodge function at your disposal, which you can use to leap over hazards or get the hell away from a rampaging Avocado — which showed me, on many occasions, that it’s possible to deflect enemies’ boomerangs with a well-timed throw of your own. That’s not to say I’ve managed to pull that off, though. 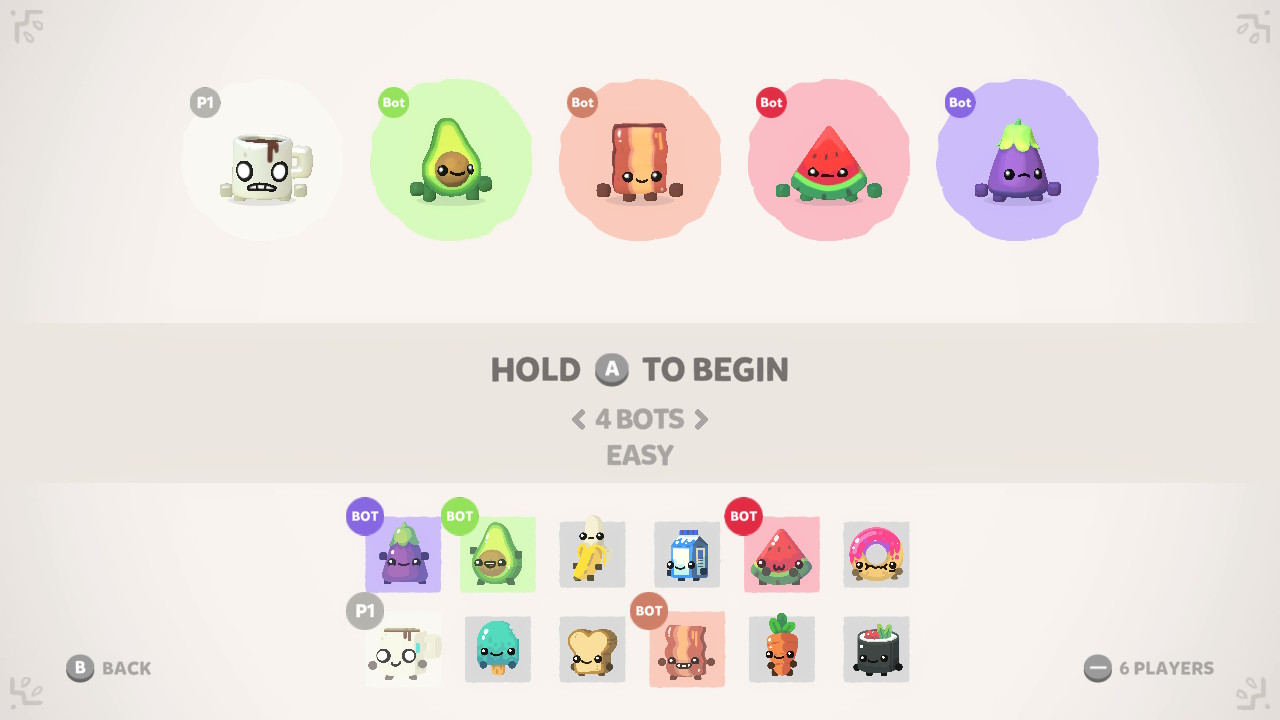 Every character is available from the start… just the way it should be.

On top of all that, there’s also a number of power-ups to diversify the combat flow; each player can wield three at a time before the next one replaces the first one. This also means that your powered-up build can become a threat to yourself as well as your enemy — pairing a multi-boomerang power-up with explosive and fire effects, for example, can turn the entire map into a minefield that hurts you as well.

It doesn’t have a story mode to waste time with, so Boomerang Fu urges players to jump straight into the action by choosing between one of three game modes: Free-for-All, Team Up, and Golden Boomerang (which is essentially Capture the Flag). Solo players can choose how many AI opponents they’ll face and how difficult they’ll be, and the game supports up to six players locally (but not online, at least not yet). It also makes it very easy to manipulate victory conditions, game length and power-ups, so you can create the perfect match for any occasion.

There are 30 arenas to engage with, each one featuring different hazards, switches, teleports and adorable food-people to ensure that each battle is a fresh challenge. Each match starts with a “warm-up” round where no scores count, allowing players to familiarise themselves with the controls and the game mode itself. Boomerang Fu also offers a “mercy” function, allowing any unfortunate player (or bot) that’s getting utterly tenderised to activate a shield that absorbs the next attack.

Boomerang Fu’s gameplay is nothing short of absolute chaos.

Playing solo is some good, mindless fun — perfect for switching off — but sharing the boomerang pain through local couch co-op (or indeed online play) is definitely where Boomerang Fu shines. The pace of the gameplay, the music and the pure viciousness that is a boomerang take-down breed a kind of joyful competition that you’ll keep coming back to, whether it’s as a staple of your online gaming or just as a fun break between more serious sessions.

It’s in this player feedback that Boomerang Fu is so engaging, and such a joy to return to: the music is such a delight that I actually wrote this article with the game idle in the background just so I could enjoy the jams; the little crown that you wear after you win a round is the best kind of bragging right; and the slow-motion sequence that happens whenever a food-warrior gets sliced into pieces (and ready to serve) is incredibly satisfying… right up until you receive the same treatment from the Avocado.

Cranky Watermelon’s website advertises that “[its] mission is to create cute games that bring people together in times when we’re otherwise kept apart”. As its vanguard release, Boomerang Fu absolutely nails that brief; it’s adorably cute, incredibly fun, and just demands to be shared with friends, family, and everyone else. 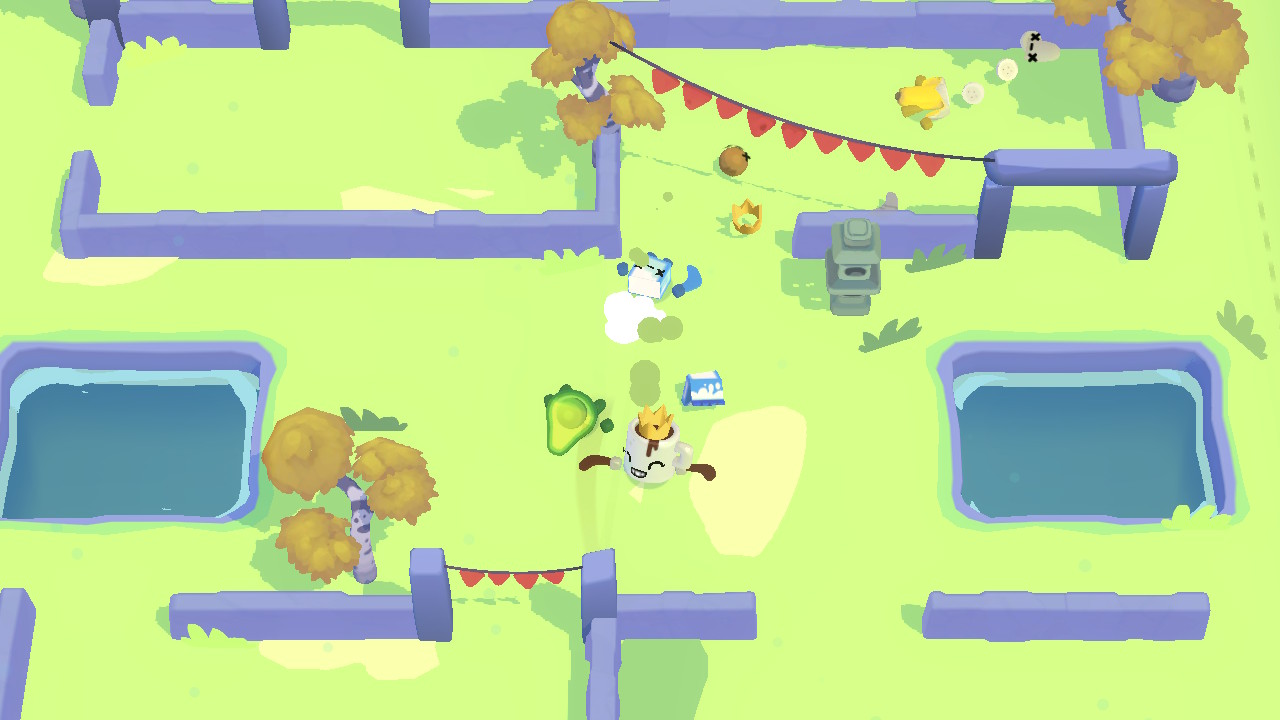 Boomerang Fu delivers a deliciously smooth combat experience that begs to be shared with friends and family, serving fun and chaos in heaping amounts that will definitely bring you back for seconds and thirds.

online play? there’s no online play for this game. I wish there was though.

That one’s on me in editing — got my info mixed up. Fixed that now!