It’s a truth universally acknowledged that there is no situation in life that can’t be improved by having a cute dog at your side. New Zealand-based studio Starcolt has taken that idea to heart in its debut release, Best Friend Forever, adding lovable puppers to a dating simulator to create an interesting hybrid that shows promise but ultimately doesn’t quite snatch Best in Show.

In Best Friend Forever, you play as a newcomer to Rainbow Bay, a fictional town renowned for being the most dog-friendly place in the world (sounds like exactly what we all need in 2020). As soon as you move in you’re on the hunt not only for a cutie to kiss, but a dog to smother with affection as well. The bachelors and bachelorettes available for smooching are welcomingly diverse, although your own character customisation is oddly limited to three preset looks. Once you’ve adopted your adorable canine of choice, they’ll accompany you through the rest of the game. As you meet and ultimately date the residents of the town, your lovely puppy will sometimes contribute with a bark or growl, or trigger a short timed event like forcing you to make sure they don’t poop on your sweetheart’s shoes. It’s a cute dynamic that helps keep you engaged in what’s happening on screen, even if succeeding or failing at the event doesn’t really seem to matter. 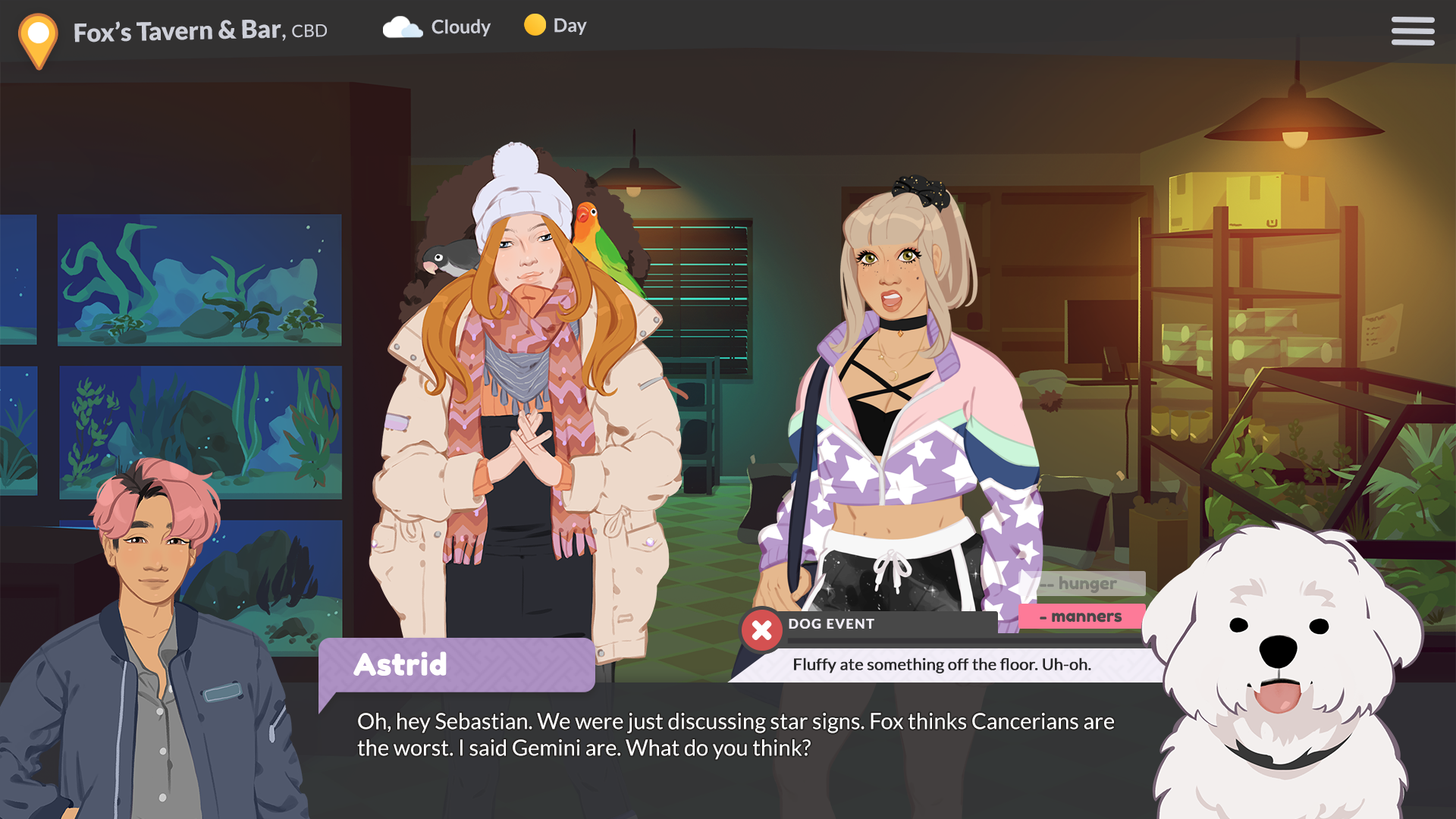 That’s where Best Friend Forever falls down for me. Your dog has a number of different stats that you’re supposed to be attentive to during your time with them, including manners, sociability and trust. At set intervals during the game you’ll be assessed on these stats as part of a puppy training class. As far as I could tell, the stats serve no real purpose, though — having low manners didn’t turn my puppy into the terror of Rainbow Bay, and my romantic partners didn’t mind if Fido’s smarts were non-existent. Training consists of choosing what stats to improve through interactions that run automatically; you don’t actually directly participate in the sessions, which feels like a missed opportunity to implement some fun and unique mini-games. Overall, the lack of actual dog interaction from NPCs and your inability to be too present in your dog’s training leaves the game feeling a bit flat, and I would have liked to see more consequences to go along with the training mechanic.

The writing in Rainbow Bay is that kind of whip-smart, internet-savvy speak that will either resonate with or repulse players, the art is bright and cute, and the limited voice acting is pulled off well. As a Kiwi, I particularly enjoyed small nods to the city of Wellington, where Starcolt is located. Each playthrough consists of 15 weeks to train your pup and find your soulmate, so the story moves along quickly and the game never feels like a slog. 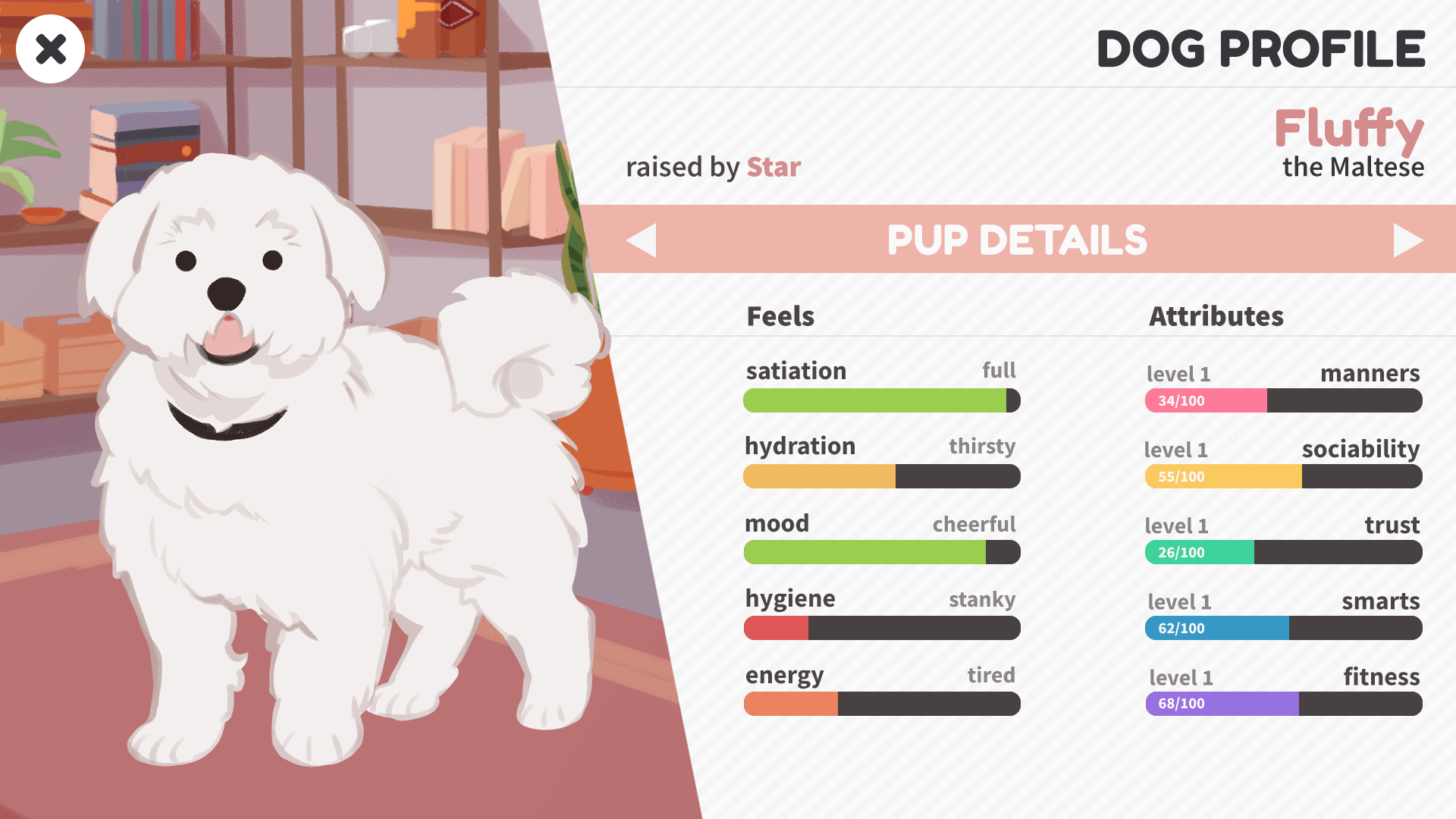 Ultimately, Best Friend Forever is a low-stakes game that feels like it focuses a bit too much on how appealing the idea of training an adorable dog is, instead of the reality. That said, with a cute art style, sharp writing and a short play time, you may not return to Rainbow Bay often, but you’ll enjoy your visit while you’re there.

If you’re looking for a short distraction from life, you could do worse than this bright and colourful dating sim that, while it falls short of its potential, delivers a pleasingly diverse cast of characters and cute dogs.

[…] game, called Best Friend Forever. Launched on Nintendo Switch and via Steam back in June (and reviewed here on Doublejump soon after), it puts the player into the role of a singleton new to the dog-friendly town of Rainbow Bay, […]