I hate to be that guy, but I ought to preface this by saying that 2020 has been a unique gaming experience for me, and for a lot of other people. I was stuck at college throughout the two lockdowns with only my MacBook Pro and my Nintendo Switch to game on — 2,943km away from my PlayStation 4 and all my other games. As such, there were a lot of games that came out that I still haven’t got the chance to play! Hell, I’m still trying to avoid spoilers for The Last of Us 2…

As it stands, I realised what all these games on this list will have in common is that they are, above all else, accessible. Everything I played this year was either played on the Nintendo Switch, or my MacBook. No next-gen consoles, not even a gaming PC. I’m sure you’ve heard enough discourse about all the big triple-A games and next-gen releases to last you a lifetime, so I do feel fortunate to be able to recommend some more calm and accessible games for when you need to chill out.

Honestly, if I could, I’d probably name Final Fantasy XIV as my game of the year, since I started playing it in February and haven’t stopped since. Alas, I ought to give some well-earned credit to the games that actually were released in 2020. Once again, it seems my obvious bias for indie games shines through.

My game of the year: Spiritfarer

Spiritfarer is probably the most beautiful game I have ever played, aesthetically and emotionally. Even the idea of playing as Stella (the titular Spiritfarer) helping lost souls and travelling across the seas is enough to make me shed a tear, but the combination of the music, animations, visuals, dialogue, and everything else that went into this game made me weep. The concept of the afterlife is no small thing, but the lore behind Spiritfarer has such nuance to it that you can feel the love and care bursting out of the screen; every time you give a character a hug in the game it feels like you’re getting one back.

As someone whose favourite games of all time include Oxenfree and Night in the Woods, I was bound to adore Spiritfarer; lo and behold, it shot up to the top of my rankings almost as soon as I opened it for the first time. What can I say? I’m a sucker for a pretty soundtrack and some great character animations. Play Spiritfarer if you like gorgeous character design, amazing visuals, incredible art style, beautiful music, cool boats, fishing, cooking, gardening, landscaping, architecture, cutting down trees, cats, jellyfish, funny hats, crying while playing video games… I could go on. If you don’t like any of these things, you’re a lost cause.

It wouldn’t be a Game of the Year list if it didn’t mention Hades. I must say, I usually get impatient with rogue-likes pretty fast; I’m easily frustrated. Somehow, in spite of that, I often find myself lying on the couch playing Hades for hours, dying over and over but having the time of my life. No matter how hard a boss is, or how annoying your “dad” — the titular Hades himself — is, it always feels like you’re making progress and if anything, the characters make the death loop pretty fun. If it wasn’t for my bias towards indie games that make me cry, Hades would definitely give Spiritfarer a run for its money in my rankings.

Anyone who has known me for any amount of time knows that my favourite game of all time is Super Mario Galaxy. It holds such a special place in my heart, and I could honestly write a whole essay on just that game, but I doubt anybody would want to read it. Ever since the Switch came out and I moved away from home (and my Wii), I’ve been begging for a port. I enjoyed Super Mario Odyssey, but it just didn’t have the same charm (or nostalgia) attached to it.

When Nintendo announced Super Mario 3D All Stars, I thought that Shuntaro Furukawa had been reading my frantic prayers (tweets) and finally decided to humour me. Not only that, but it was bundled with Super Mario 64, which I hadn’t played since the Nintendo DS, and Super Mario Sunshine, which I was too young to have played at the time. Needless to say, I was pretty overjoyed, especially being able to get three games for the price of one (I was so desperate that I would have paid full price for just Super Mario Galaxy). Being able to finally play my favourite game from the comfort of my bed in the middle of lockdown was about as good as it could get.

Well, this one was inevitable. At the end of 2019, I was so stoked for 2020 — I thought it was going to be the best year of my life for two reasons: 1. I was going to see my favourite band live on the 20th of March. 2. Animal Crossing: New Horizons was also going on sale that day. I thought it was fate; that the stars couldn’t have aligned any better. Of course, we all know how that went. The concert got cancelled a week before it was supposed to happen, and I was understandably devastated.

This is all a prelude to say that AC:NH got me through a rough time — got a lot of people through a rough time, in fact. Even though all of our plans had been cancelled, all our concerts postponed, everything we had to look forward to was completely off the table, Animal Crossing was still there for us. I’d be lying if I said I didn’t still play most days, but what can I say… my islanders need me. 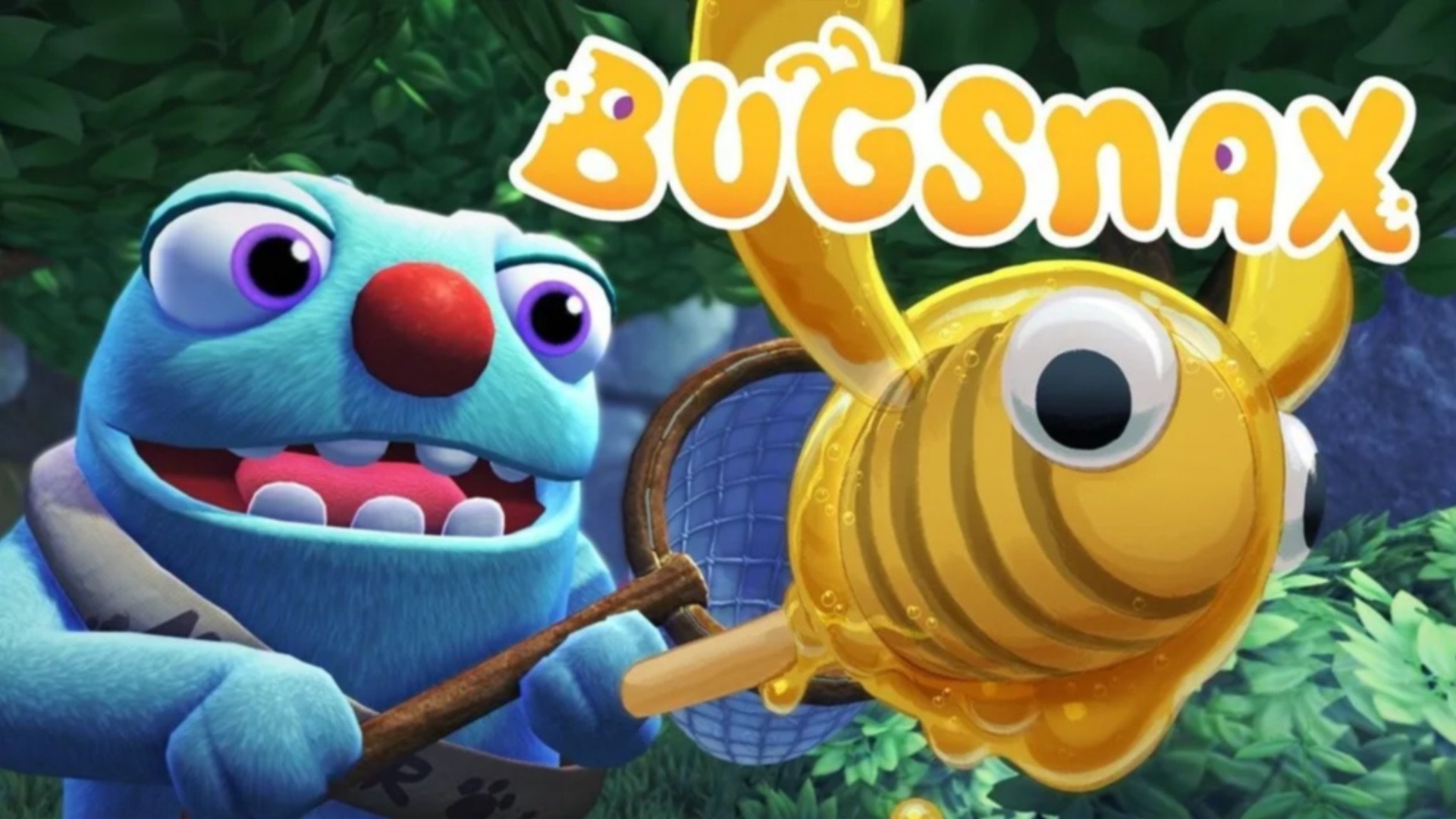 When I saw the trailer for Bugsnax, I was pretty stoked. A cute, interesting game with mildly sinister undertones starring what appear to be Muppets seemed pretty up my alley. I knew I wouldn’t be able to save up for a Playstation 5 until 2021, maybe even 2022, so the prospect of being able to play the game seemed pretty distant. I was actually in the middle of watching somebody stream the game when they mentioned that it was available on the Epic Games Store. “Cool!”, I thought. “Too bad it’ll only be available on PC though”. Imagine my pleasant surprise when I see the tiny apple next to the purchase button. This is the sort of game where you have no idea what to expect. I sure as hell didn’t. I can definitely say now, having played it, that Bugsnax is a hit for me. I don’t want to give anything away, but if you get the chance, give this game a go. It’s been taking up a lot of my time recently — in a good way.

What even is Blaseball?if I knew, this is where I’d talk about it. Much like how “Bugsnax” are kinda bug, kinda snack, Blaseball is kinda baseball, kinda… something else entirely. It’s a browser simulation game about baseball, but on steroids, and in the apocalypse, and with more peanuts. As someone who isn’t good with understanding sport rules, but loves to get competitive about it, Blaseball is kinda perfect. The rules don’t matter, because you couldn’t understand them if you tried. All that matters is who wins, who loses, who dies, who gets trapped inside a giant baseball, and who is listening to the new Seattle Garages album. Go check out Blaseball. Just do it.

A lot of people might get mad at me for this one. In fact, I suspect that anybody who has played it will get mad at me, seeing as everybody who has played it loves this game. I have to emphasise “everyone who has played it”, because my main qualm with this game doesn’t lie with the game at all, but with its medium. It seems a disappointment to me how inaccessible this game is to so many people, though anybody who complains about it seems to fall into the category of “bitter person who can’t afford a VR setup”. Not that this isn’t true, I definitely am a bitter person who can’t afford a VR setup, but it just seems a shame to have what I can only assume is a great game that alienates such a large portion of the Half Life fanbase. 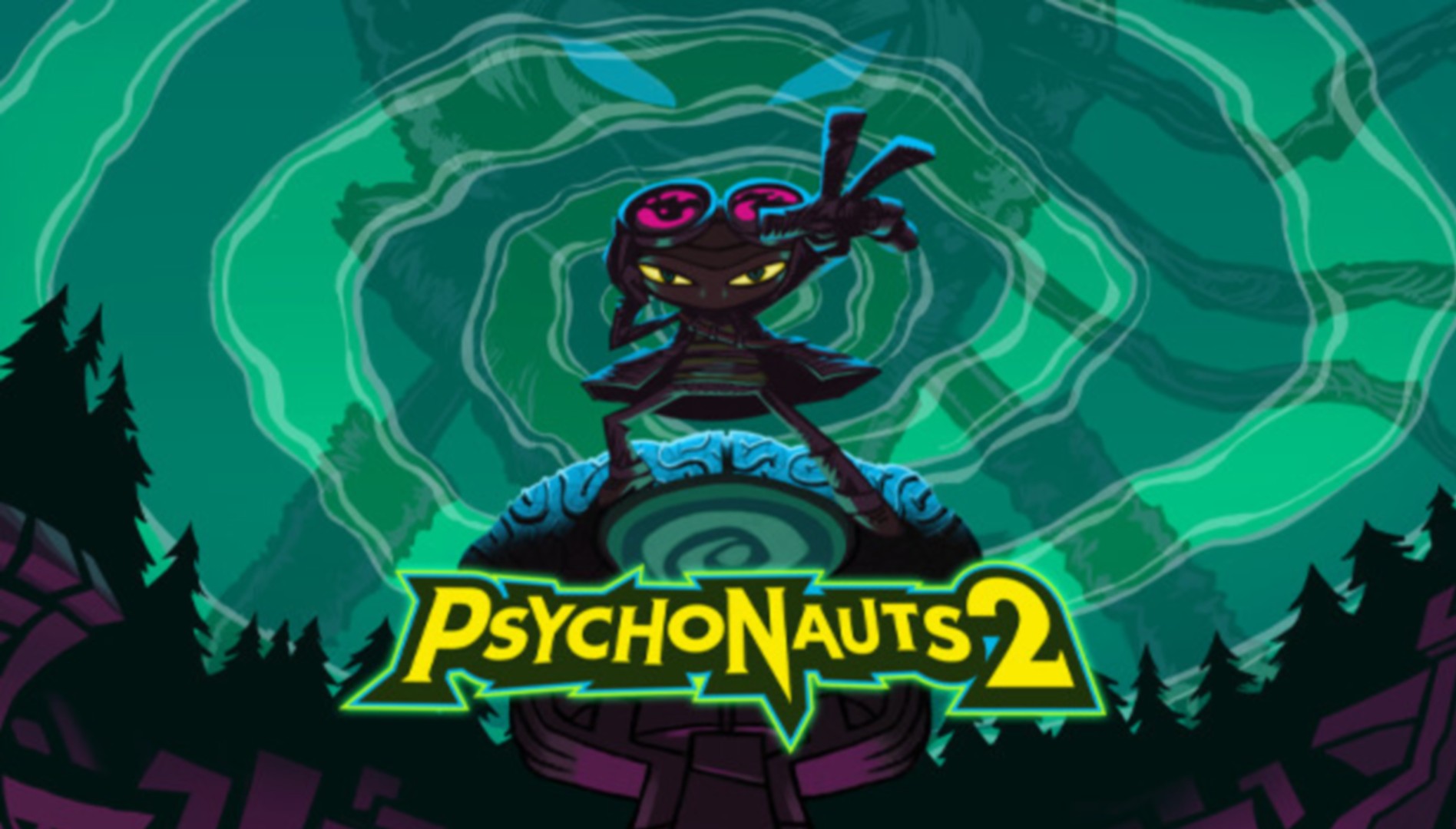 If you’ve played Psychonauts, then you’ll already know why I’m excited for its long-awaited sequel. If you haven’t played Psychonauts, then stop reading this, and go do that instead. In all seriousness, Psychonauts is an incredible game that has aged like fine wine…or something else that ages really well. As a self-proclaimed sucker for an indie game with a unique art style and funny dialogue, Psychonauts has been one of my favourite games for a while now. When its sequel was announced, I was beside myself –– as were many others, no doubt. Finally, after fifteen years we can have a follow-up to this fantastic game. There is, of course, the worry that it mightn’t have as much charm as its predecessor, but hey, a girl can hope.

This one probably seems a little different from the other games on this list, but what can I say, I like hitting men and there’s no better game for that than Hitman. I’ve always been a big fan of games like Assassin’s Creed and Hitman for many reasons, mostly because they’re games where you don’t really have to focus on the plot too much. Sometimes it’s nice to take a break from the super emotional indie games I usually busy myself with, and just go stuff a guy in a wood chipper and pray nobody notices. I’m definitely looking forward to all the new and exciting ways to murder people that IO Interactive has thought up.