Tic Toc Games’ debut release, the two-dimensional puzzle-platformer Adventures of Pip arrived on Nintendo Switch earlier this month — five years after its original release on iOS, Mac, PlayStation 4, Wii U, Windows and Xbox One — and just as it was back then, it’s a delightful little love letter to old-school platformers with a fun mechanic to set it apart.

Adventures of Pip follows the titular character, Pip, a single pixel born into a world where resolution is equivalent to social status,  thrust into action to rescue Princess Adeline from the evil Queen DeRezzia, who has turned the King and Queen into pixels themselves. The story is an extremely simple one, and the writing leans quite heavily into the comedic; its reliance on puns and meta-humour doesn’t always hit the mark, but I still chuckled a few times, and the writing is unobtrusive enough that even when it does border on annoying, it doesn’t last too long.

It’s a pretty standard puzzle-platformer, but much of Adventures of Pip’s charm is in Pip’s ability to increase and decrease his resolution, with each of his three possible forms boasting different abilities: the single-pixel version is rather limited in that he can only really jump and glide a little, but he can fit into small passages; the 8-bit form, achieved by jumping on certain enemies, adds a wall jump and a basic punching attack; and the 16-bit form, which you unlock after you complete the first world, gains a sword that can destroy certain blocks. Adventures of Pip forces you to think on your feet, choosing the right forms for the right situations, and it’s plenty of fun. 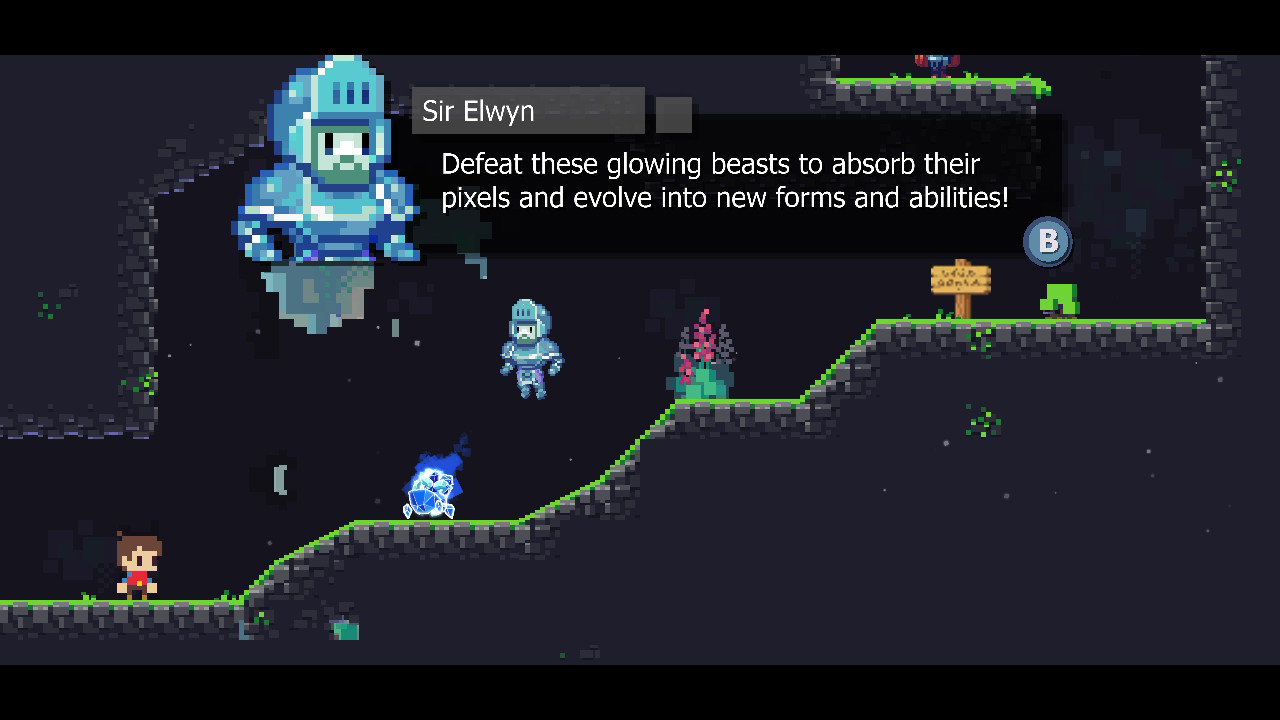 Adventures of Pip is divided into five worlds, of which all except the last have eight stages. Each world introduces a new gameplay element that tests the player’s puzzle-solving abilities. For example, wind gusts can push Pip around when he’s a single pixel, but will only cause his 8-bit form to hover — and have absolutely no effect on the 16-bit form. The puzzles that come with these new gameplay elements keep the levels feeling fresh, engaging, and challenging: they can be tricky at times, but the difficulty never crossed over into frustration.

Each level also has three villagers hidden somewhere that you can choose to save for an extra challenge. These are often hidden behind secret passages or a particularly difficult platforming challenge. They add a level of replayability to the game, but tend to be hidden in relatively easy to find places; I would’ve loved to see some slightly more intricate secrets, since I was able to find most of these villagers in a single playthrough of each level. 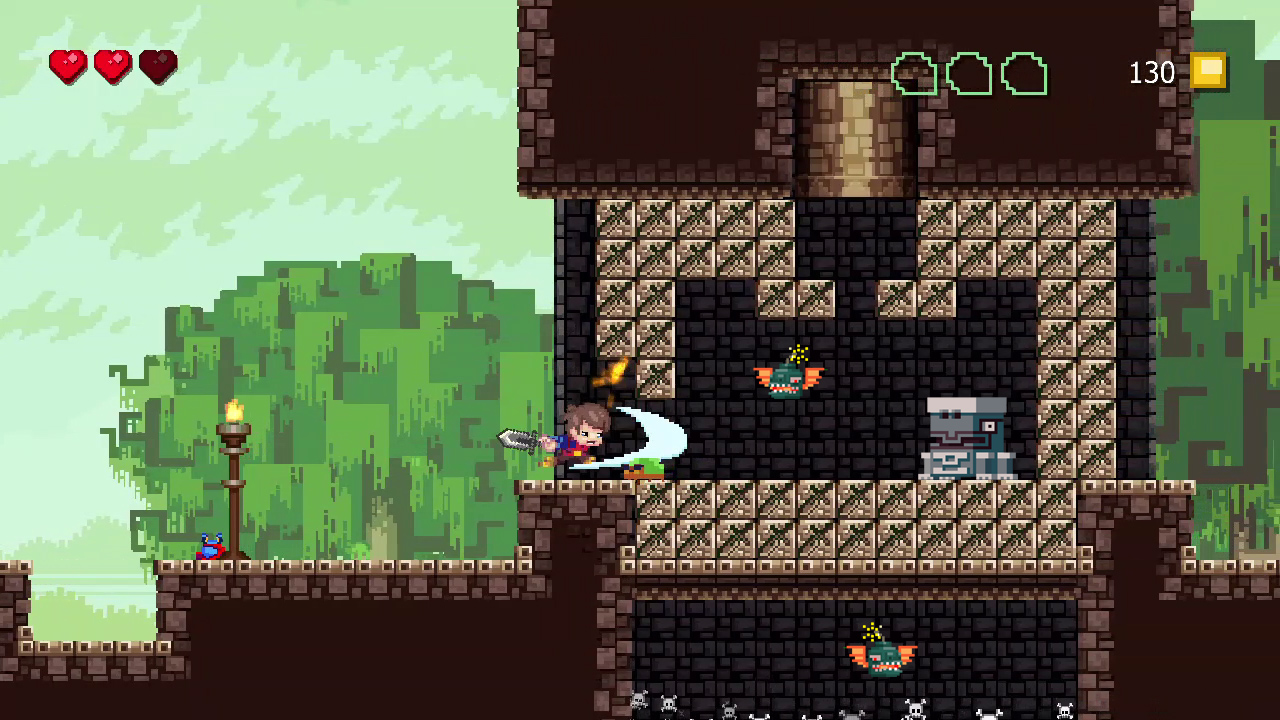 The village that you start the game in serves as a hub world of sorts; you can buy items and upgrades with the money you find in chests while you’re out platforming, and you can talk to the villagers you’ve saved. Seeing the village grow more populated as you save more villagers from the evil Queen is a great incentive for finding them all — most of them have something funny to say, and some of them serve as the game’s merchants: the merchant you save in the first world offers a number of temporary upgrades, ranging from health potions to temporary invincibility, as well as permanent health increases, and the blacksmith you rescue in the second world offers you permanent ability upgrades such as a reduction in the amount of damage you take from enemies, or a projectile that the 16-bit form can fire when he’s at full health.

Unfortunately, most of the upgrades the blacksmith offers are either redundant, or they render other abilities and upgrades redundant. The aforementioned projectile, for instance, has very little use given how little combat takes place, and one upgrade even allows the 8-bit Pip to break the blocks that he could typically only break in 16-bit form — that ability in particular is part of a larger problem with Adventures of Pip as a whole: the three forms don’t always feel distinct enough, and you’ll be using the 8-bit form far more than you’ll use the other two due to the amount of times you’ll need to be able to wall jump. 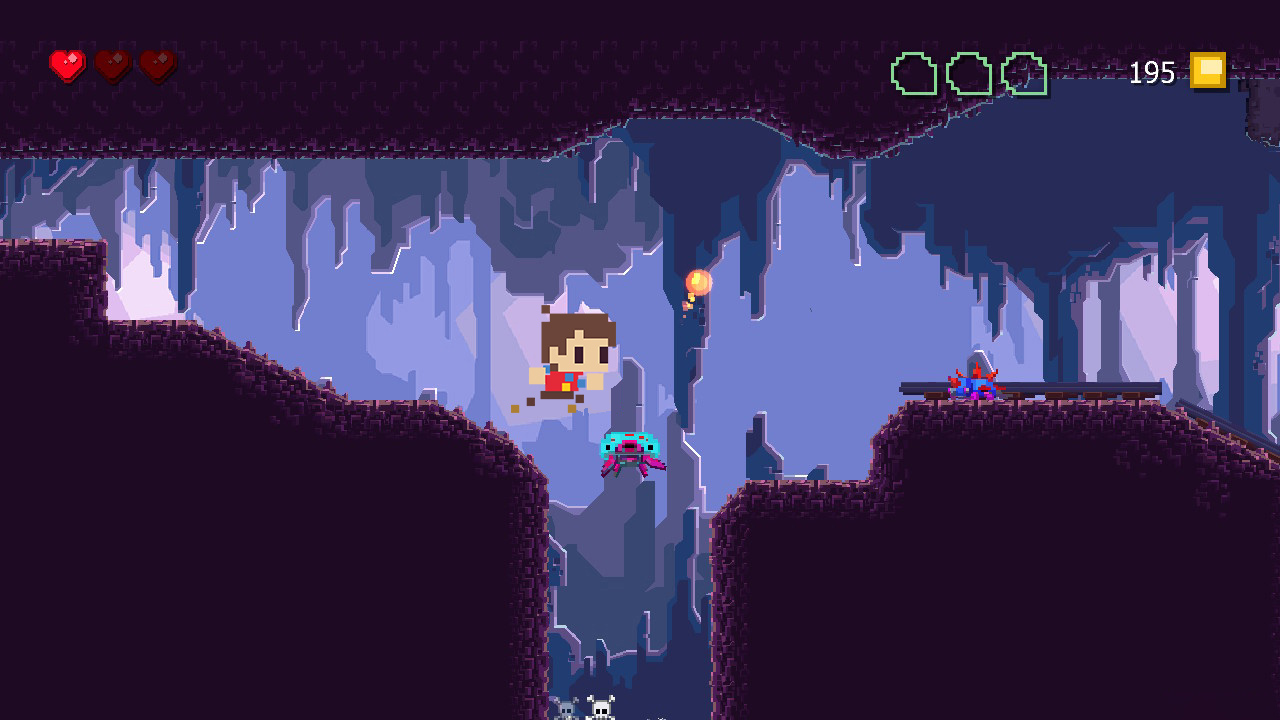 Throughout my playthrough, I couldn’t help but wish that Tic Toc Games had done more with each form, perhaps even made some additions to the game given that it’s released the same game five years later. Each world does introduce new mechanics that keep things fresh enough, Pip himself is so limited in his abilities that you’ll have seen everything there is to see by the time you’re in the third world, and each form’s abilities tend to be limited to solving singular problems rather than opening up new strategies.

There’s further evidence of this limitation to be found in the restricted way in which Pip transforms: he needs to destroy a specific enemy in order to trigger an upgrade, and that enemy only appears when you’ll actually need to transform. It made some puzzles far too obvious, based on how many of those enemies were on the screen — if there were none, it was clear that you didn’t need to transform; one meant that you’d likely need the 8-bit form’s abilities; and two almost guaranteed that you’d need the 16-bit form. It didn’t happen all the time, but when it did happen it really took the creativity out of solving the puzzle.

Each of Adventures of Pip’s eight worlds culminates in a boss battle, but there’s not really much to say about them: they wound up being fairly underwhelming, simply because Pip’s moveset really isn’t geared towards combat. Given how little of the game they actually made up, though, they didn’t really impact the overall experience, to the point where I’d have almost preferred to see them cut out entirely — or, again, Tic Toc games could have taken the opportunity to add some combat mechanics to this new version of its game. 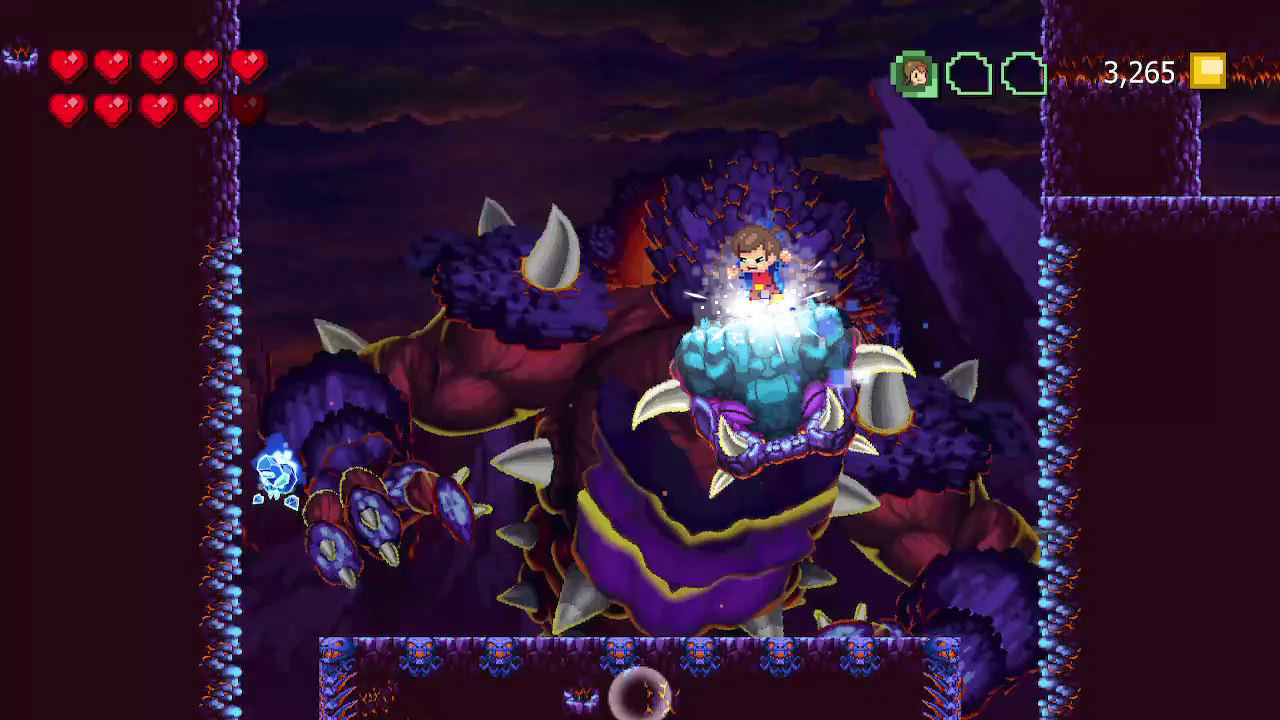 In spite of the few flaws Adventures of Pip has, I greatly enjoyed my time with it: the puzzles did more than enough to draw me in, and the joy of hunting down the hidden villagers kept me coming back. It’s not a groundbreaking game — now or five years ago — but it’s still plenty of fun.

Adventures of Pip basks in its unoriginality. A love letter to old-school platformers, it manages to be a delightful romp with charming music and tight controls. Developer Tic Toc Games could have done more with its resolution-swapping hero, but it’s a fun time regardless — and definitely worth experiencing for the first time on the Switch.

[…] took a look at the recent Switch release of Adventures of Pip, finding that although “Tic Toc Games could have done more with its resolution-swapping […]