Welcome back to A Little Late, the column that’s increasingly less about old-ish games and more about the time of day I write it! Coming to you this week is Murder by Numbers, a game that came out two months ago and I’m about to get very emotional about.

Have you ever picked up a game, started playing it, and felt like it was made especially for you? I always imagined that I would be much more delighted with a game like Octopath Traveller if I’d actually invested any real time into old-school 16-bit RPGs, but my game, the game that was made especially for me, arrived a couple of months ago. It’s Murder By Numbers, the latest release to come out of Hatoful Boyfriend developer Mediatonic — yes, the team behind that pigeon dating simulator.

See, I have two big passions in life: Picross and the Ace Attorney games. I’m a normal human being, I swear… just that I’m significantly, uncomfortably invested in the plights of Phoenix Wright and friends, and I’ve got a similar level of investment in nonsense picture/number puzzles. That is to say, I’ve bought every single Picross title released in the last decade. That’s Picross E through E6, Picross 3D Round 2, Picross S through S4, Picross: Lord of the Nazarick (despite having never seen the anime it was based on), Pokémon Picross, Picross: The Legend of Zelda: Twilight Princess and a bunch of mobile games because I ran out of official ones. That’s enough bragging about my Picross history, though (to be fair, it’s pretty impressive, isn’t it?), the point is… Murder By Numbers is both of those things, and it was made just for me. 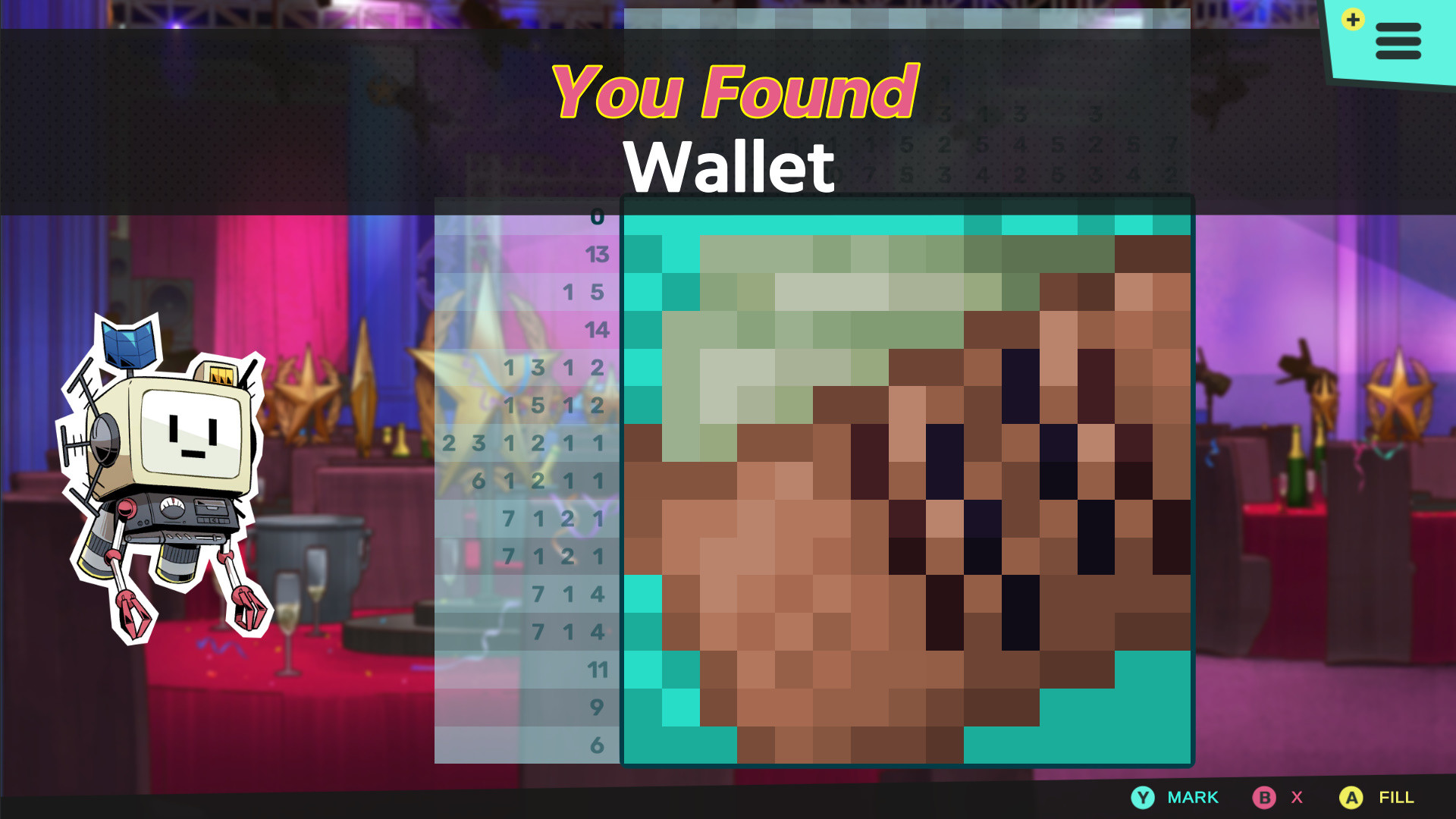 The idea behind Murder By Numbers is pretty out there: a robot solves Picross puzzles (also known as nonograms) to identify random objects that in turn either serve as, or help it find, clues to solve a murder mystery. It’s a weird idea, but boy howdy does it work. The first puzzle you solve in the game is a used tampon and I pissed myself laughing; it was the most sarcastic stab at Jupiter’s charming but edge-less pantheon and I was there for. What surprised me about Murder By Numbers, though, is the fact that it managed to tell a compelling story with real emotional stakes — all of the characters are likeable and/or interesting and it’s always nice to see a diverse cast. The mysteries have that Ace Attorney-style “I thought I figured out the twist, and I did, but then there was another twist” quality to them that’s really difficult to achieve as well.

My main complaint would have to be that since you’re a detective and not a lawyer like you are in Ace Attorney, the mysteries lack that cathartic “objection!” moment, and some cases end with a whimper rather than a bang. It’s a minor complaint, but seeing how the real perpetrator finally breaks in Ace Attorney is consistently the best and most rewarding moment in each whodunnit story, and I feel like Mediatonic could have found a way to emulate that here as well. 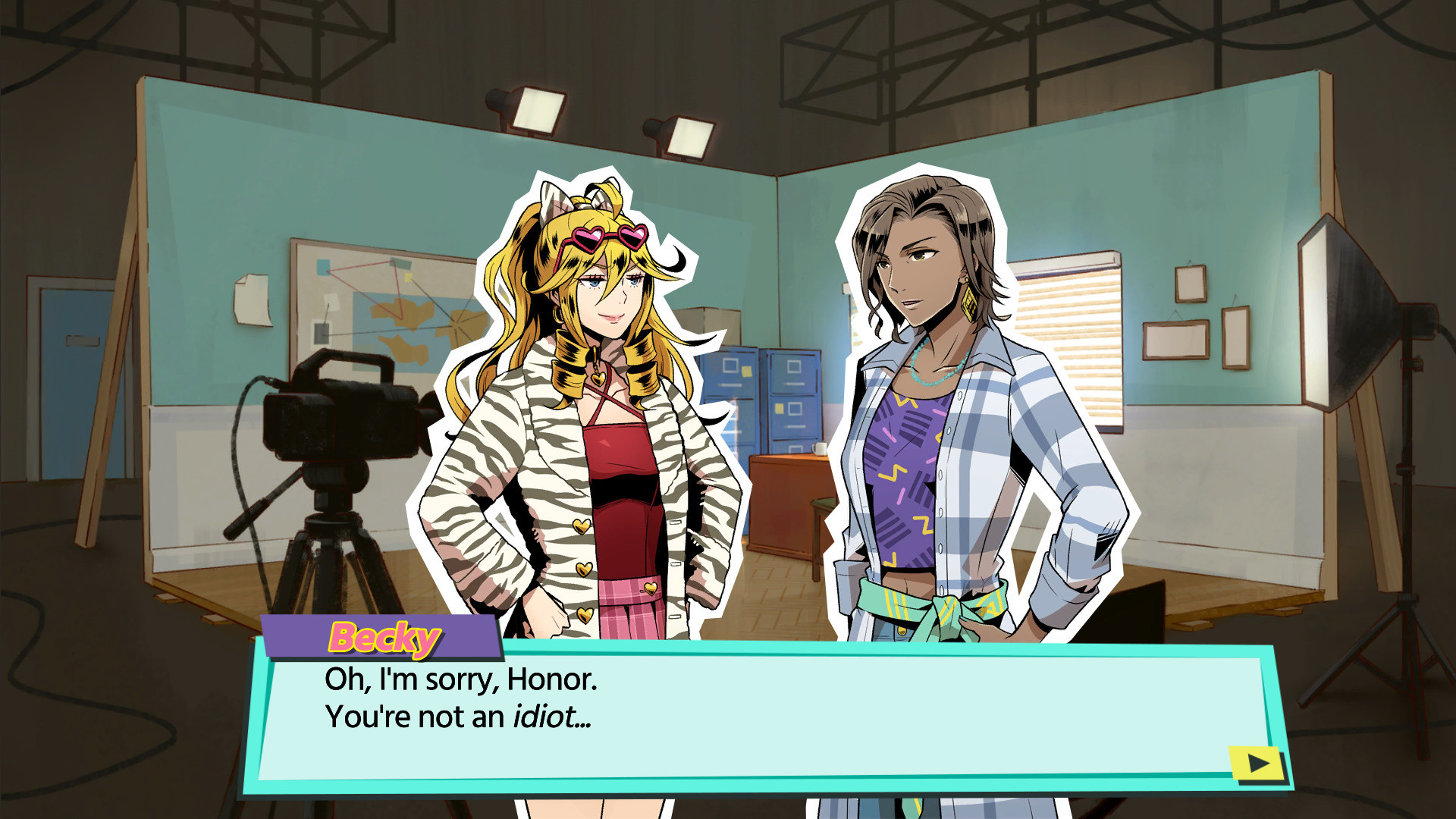 The only other issue I have with Murder By Numbers is that it’s only one game and not twelve. That said, it’s got a fairly decent length to it, a narrative that doesn’t drag at any point, and bonus puzzles to solve if it’s your jam as much as it is mine. The Picross is basic but good, it hits the mark well enough but the controls can feel a little imprecise when you’re moving quickly; Jupiter and Nintendo are the only developers I’ve seen that have been able to work this control style out. If you’re new to Picross — welcome, you’re here forever — there are some good assists available to help make the learning process a little easier.

The visual novel slash number puzzle crowd hasn’t received much love, and I really need to make that group aware that Murder By Numbers exists. It’s good, and it really scratches some itches. Tune into A Little Late next week for more intense, undeservedly strong opinions about Picross because Picross S4 just came out and I’m moving house, so I don’t have any time for anything else.