51 Worldwide Games Review — the Centre of Your Next Games Night

Nintendo has more than a century of experience in the traditional game space, cutting its teeth on playing cards in the 1800s, which makes it the ideal candidate to adapt a traditional games experience into the virtual realm. I never played the original Clubhouse Games on Nintendo DS, but I did sink many an hour into the card games in New Super Mario Bros to make up for it. With a long Nintendo history and too many hours playing Solitaire to count, I was very, very excited to try 51 Worldwide Games (known as Clubhouse Games: 51 Worldwide Classics outside the EU/AU region) when it was first announced. Now that it’s in my sweaty little palms, I’m happy to say that it’s going to stay there for a fair while yet. 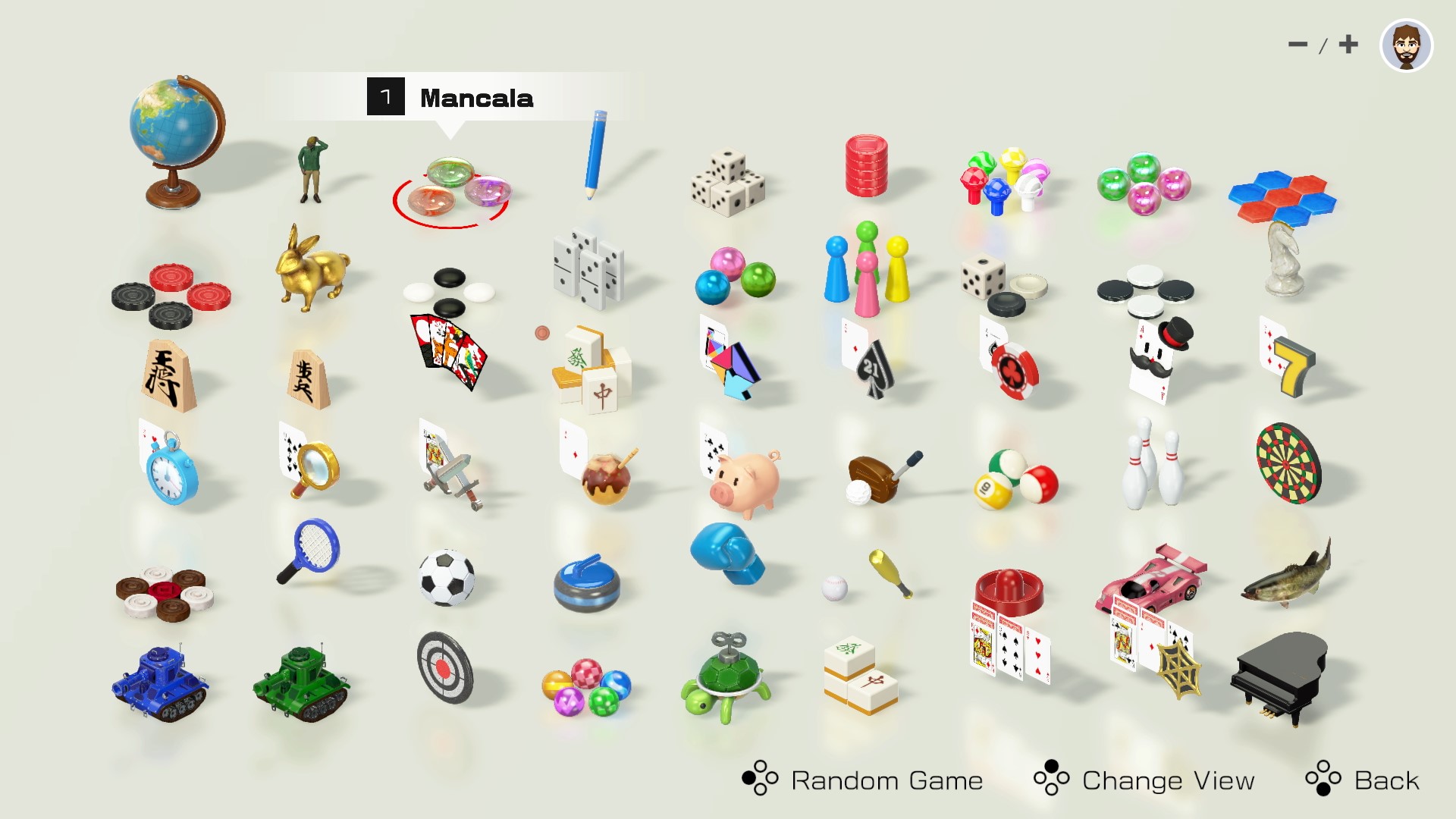 As the little figures sometimes tell me in the charming intro that precedes each game, 51 Worldwide Games needs no explanation. There’s traditional tabletop games, like Chess, Poker and Shogi, and there’s a specific number of them, somewhere between 50 and 52. The range is huge, with pretty much everything you’d expect, and then a bit more — alongside your standards are games like Hare & Hounds and Nine Men’s Morris, toy versions of sports like baseball and boxing, and cultural curios like Hanafuda and Ricci Mahjong. Inexplicably, there’s also a piano you can play with the touchscreen, which isn’t included in the total count – an odd inclusion but more to do is always welcome.

All of the games in the package are presented with typical Nintendo polish, and it’s hard to understate how much of a difference this makes to the experience – the aforementioned intros have little characters alongside actual gameplay so you can see what you’re in for if you’ve spotted something new. There are also variations available for almost every game on the cartridge so that you can play with some “house rules”, so to speak, and the audiovisual design is just a delight. The whole thing feels homely and appealing in a way that a million mobile games have never managed. With 51 games on the table, though, it’s not surprising to note that there are a few missteps. Some of the games come across as more archival than fun — mostly the card games. War and Takoyaki in particular are literally completely random and, especially when played against the CPU, are more like watching a really boring video about turning cards over than playing any kind of game. These games only stayed fun in years gone by because you felt like your shuffle and your deal were some kind of lucky setup that would see you to victory; that tactile feel is impossible to recreate in a video game. That sentiment translates to a few other pieces of the collection, even those with more involved and less random gameplay: air hockey, for instance, is solid, but just can’t ever capture the magic and the experience of the under-maintained table at your local bowling alley.

Making up for that disadvantage, though, is 51 Worldwide Games’ insanely (and necessarily) robust multiplayer offering. You can play against the AI if you’re on your own, but there are games that will work with two players using only the Switch’s touch screen (or Joy-Cons if you’re docked to a TV), and you can connect multiple consoles to each other — without those other systems needing to purchase the game, at that — to play games that require a secret hand of cards and expand them up to four players. You can also link Switches in mosaic mode, expanding the screen real estate available for games like the weirdly entertaining Slot Cars. There’s also an online mode, which allows you to create a custom room to play with friends or jump into a game with random players. I’ve played hours of Hanafuda online, and it’s brought me an immense amount of joy. 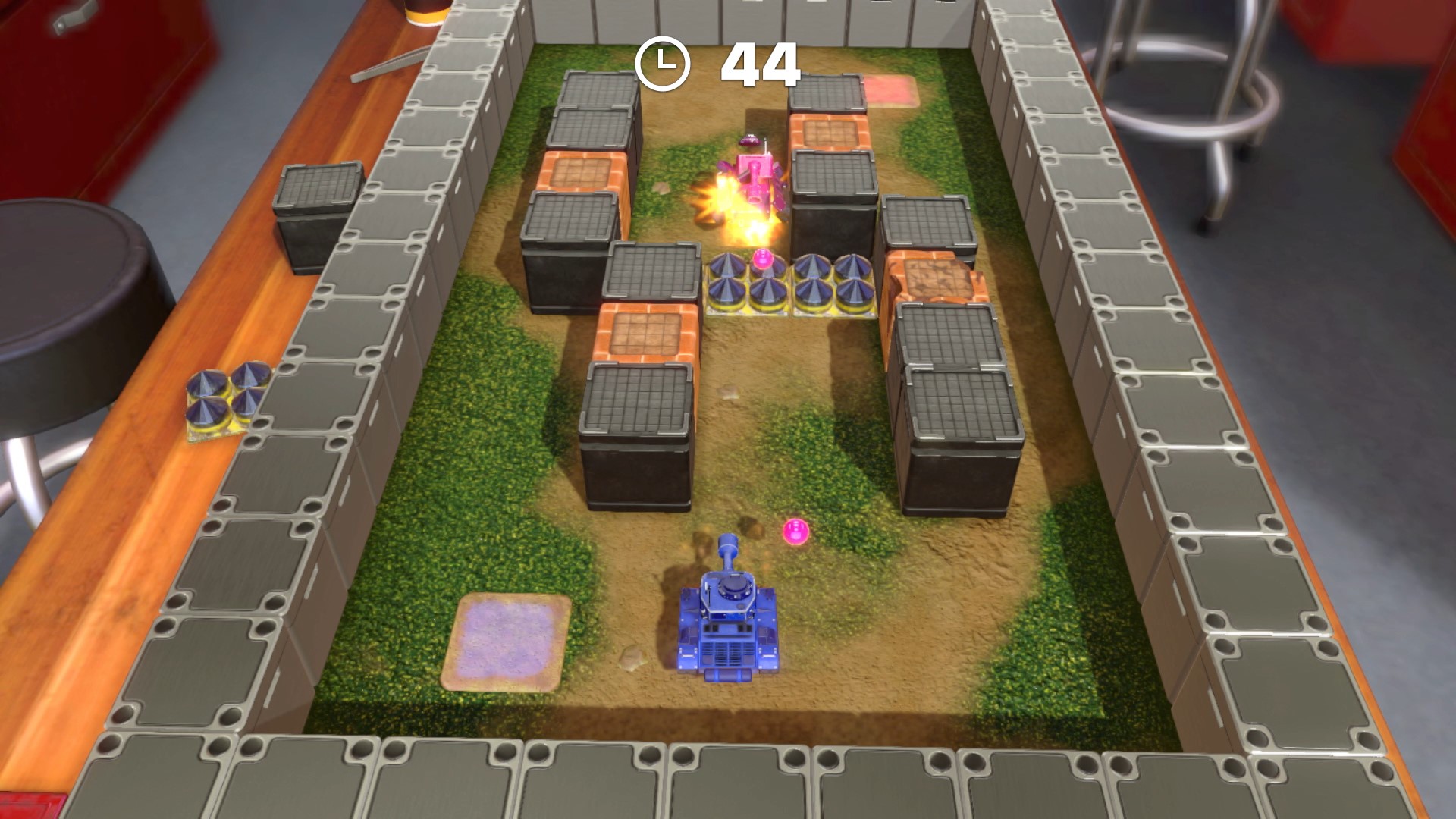 Of course, this is Nintendo, so there are quirks. The queueing system is a little clunky, kicking you back out to the online menu if someone decides against a rematch of the game you just played and forcing you to select the game and queue again, rather than just finding a new partner without the hassle. It’s not a huge issue, though, and that’s honestly my biggest complaint about 51 Worldwide Games after a week of play. You can even queue up for multiple games simultaneously if you’re not feeling too strongly about a particular one, which is great. That being said, I can’t imagine what the compilation would have been like if Nintendo hadn’t baked in such an expansive multiplayer offering — so many of these games are about the joy of human thinking and interaction, and games that were boring or pointless against the AI have a new life and heart when played with other people.

I think there’s one sentence that easily sums up 51 Worldwide Games: it’s convenience at the price of experience. I’m not going to buy a physical Yahtzee set for myself anytime soon, but breaking Yacht Dice out for a few rounds with my girlfriend was fantastic fun, even if virtually shaking a cup of dice is nowhere near as satisfying. It’s like an ebook reader — I’m fine with it not being as good as a real book if it means I can actually read.

As with any compilation, some of the games in 51 Worldwide Games are better than others, but great multiplayer and that signature Nintendo design elevate this from a novelty to a truly entertaining little distraction that has the potential to be the focus of many a games night, road trip or free evening curled up on the couch.