2020 was all about the remake. With that in mind, it’s time to look at some of the year’s most amazing makeovers and horrific botch-jobs.

Between remakes, remasters and re-releases, a lot of old games came back into the spotlight throughout 2020. With so many titles getting another go around, it presented a chance for developers to breathe new, modern life into these generations-old games. Some of them turned out great, some of them turned out to be surprises, and some of them… were straight-up garbage. With 2021 fast approaching and a new generation of gaming to take us through it, there’s no better time to look back at all the re-dos we saw this past year.

Here’s the good, the bad and the ugly of 2020’s wave of remakes, remasters and re-releases.

The Tony Hawk’s Pro Skater franchise is a big deal. The original Pro Skater 2 is tied for the second-highest aggregate score of all time on Metacritic, and the series’ mixture of sport and arcade-like gameplay is a large part of the reason why skating shredded its way into the zeitgeist in the 2000s. After a few more outstanding games, though, Tony Hawk’s Pro Skater started to lose its way: with a horrible skateboard peripheral accompanying spinoffs Tony Hawk: Ride and Shred, and the fifth mainline game all but burying the entire franchise, it seemed as though the series’ heyday was dead and gone.

How wrong we were. Tony Hawk’s Pro Skater 1+2 is an awesome update to the original pair of games. Every single stage is there, but with the grace and graphics that comes with two decades of advancements. Almost all of the banging original soundtrack comes back as well, with plenty of added tunes for players to skate around to. Vicarious Visions added more than just some graphical improvements and new songs, though: now, you can kickflip your way into online multiplayer, or create and share your own maps with the entire world. Best of all, some of the best features of later Tony Hawk’s Pro Skater titles — spine transfers, reverts, and wall-plants being the highlights — all made their way into the remaster, allowing players to build the giant combos the franchise is so well known for.

There’s no doubt about it: Tony Hawk’s Pro Skater 1+2 is a remaster that does everything right.

The original Warcraft III is a game with a hefty legacy. The 2002 release helped pave the way for World of Warcraft, the originator and nigh-undisputed king of the MMORPG. Not only that, but the game’s extensive map creator gave birth to Defence of the Ancients, the first-ever MOBA. This, alongside Warcraft III’s influence on the real-time strategy (RTS) genre, has made the game one of the most important ever made. With such weight, a remake seemed long overdue and yet, the remake we received needed a whole lot more time in the oven. Warcraft III: Reforged is a remake that fans despised because, in short, Blizzard simply failed to deliver.

In 2018, the team released a teaser showing off massively improved graphics, cutscenes and voice-overs, promising that the whole game would get the same treatment… but the game that came out in January 2020 looked awful. It came with super-simple cutscenes and the original voice recordings. Even if Blizzard had delivered (see the comparison here), though, the game still featured its original, outdated interface, and it shipped with a litany of bugs and a number of the original game’s features missing. On top of all that, Blizzard ensured that it owned any original games made using Warcraft III’s new creation tool, so there’s no chance that we’ll see a DOTA 2.0. With a current user-score of 0.6 on Metacritic, it’s a remake that’s failed the fans in every way. 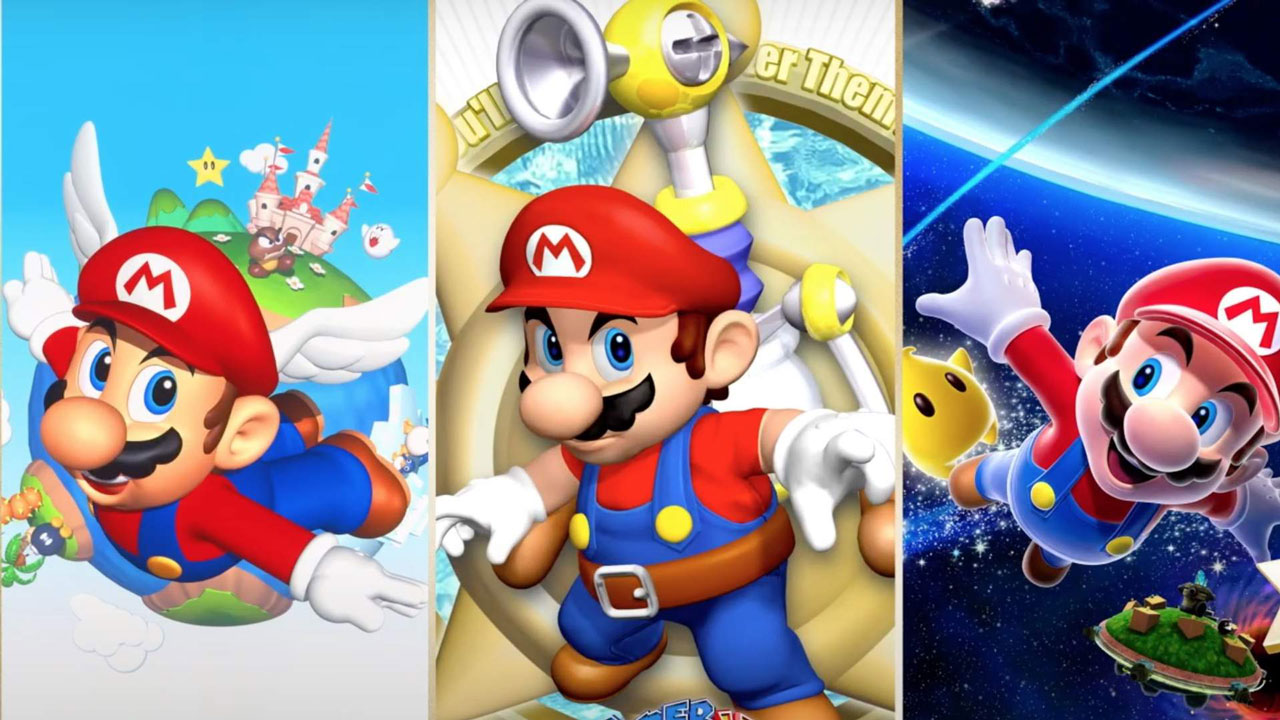 Super Mario may very well be the most important character in video games. With the original Super Mario Bros. bundled with the Nintendo Entertainment System in North America, the little Italian plumbed helped pull the video game industry out of its horrifying crash in the mid-’80s. Since then, he’s dominated the gaming landscape, jumping, driving, golfing and gliding at the forefront of every generation. Arguably, though, Nintendo’s greatest achievements with the Super Mario franchise are the 3D platformers, a genre it helped to build with Super Mario 64 in the mid-’90s. With all of that in mind, and the Nintendo Switch doing so well as Nintendo’s flagship console, it makes perfect sense that the Japanese company would look to bring its most popular character’s most popular outings back into the limelight on the Switch. With the Nintendo 64 original, the GameCube Super Mario Sunshine sequel and the Wii’s Super Mario Galaxy all available on one box, it was hard to imagine what could go wrong.

Sadly enough, Super Mario 3D All-Stars feels like it does the bare minimum. All three games now run in HD, and Nintendo did update Super Mario Sunshine to run at 16:9 instead of its original 4:3 aspect ratio, but aside from that, a playable soundtrack and a few updates to the games’ controls, everything is the same as it was way back. On one hand, I do understand the desire to preserve these games in their original forms — or as close to them as possible — but it also stands to reason that these older titles are entirely outdated. Super Mario 64’s camera, for example, uses selectable fixed angles instead of an easy, analogue 360-degree camera. it’s just the worst. It’s a holdover from the early days of gaming that does nothing but restrict player control in the modern age. The online emulation community has already solved this issue, which makes the All-Stars version of Super Mario 64 less definitive and more legally dubious. Given that the games in the collection are all emulations themselves, it’s sad to see fans having to fix issues that the corporations won’t… and probably getting punished for it.

In saying that, I must acknowledge that Nintendo did change Super Mario Galaxy’s original Wii-Mote and nunchuck controls to make it playable on the Switch. That change is more necessary than intuitive, but it’s a major update nonetheless. Either way, Super Mario 3D All-Stars is still a collection of three outstanding video games — but that’s all it is.

Everyone loves the sponge in a pineapple under the sea. Debuting in July 1999, Spongebob and his anthropomorphic friends have dominated TV screens for over two decades, and with that degree of success comes merchandise. We’re talking toys, t-shirts and, of course, video games. Over two dozen of them, in fact. Among the usual uninspired garbage that comes with the tie-in trope, though, one SpongeBob Squarepants game stands well above the rest — a 3D platformer called SpongeBob Squarepants: Battle for Bikini Bottom that was released on GameCube, PlayStation 2 and the original Xbox back in 2003. With fun gameplay, good visuals, a (mostly) reprised cast and a simple story that felt like something straight out of the show itself, the game became a cult hit, especially in the speedrunning community. Even so, you’d think that such an obscure tie-in game would definitely be doomed to remain in the sixth generation… right?

SpongeBob Squarepants: Battle for Bikini Bottom — Rehydrated is a somehow-real remake released on PC, PlayStation 4, Switch and Xbox One. It’s strange to see any licensed game get the remake-slash-remaster treatment, but Purple Lamp Studios has done a great job updating the game for the modern market: the new visuals are colourful and clean, even if they’re not as faithful to the source material as they were in the original game; cut content from the original release — including boss battles and additional boss phases — makes its debut; and, perhaps a little strangely, the game’s added a new multiplayer mode in which two players (either locally or online) battle endless hordes of enemies as one of seven staple SpongeBob characters.

With so many additions, re-additions and updates, it’s clear that Purple Lamp poured as much love into SpongeBob Squarepants: Battle for Bikini Bottom — Rehydrated as it could soak up, so… are you ready, kids? 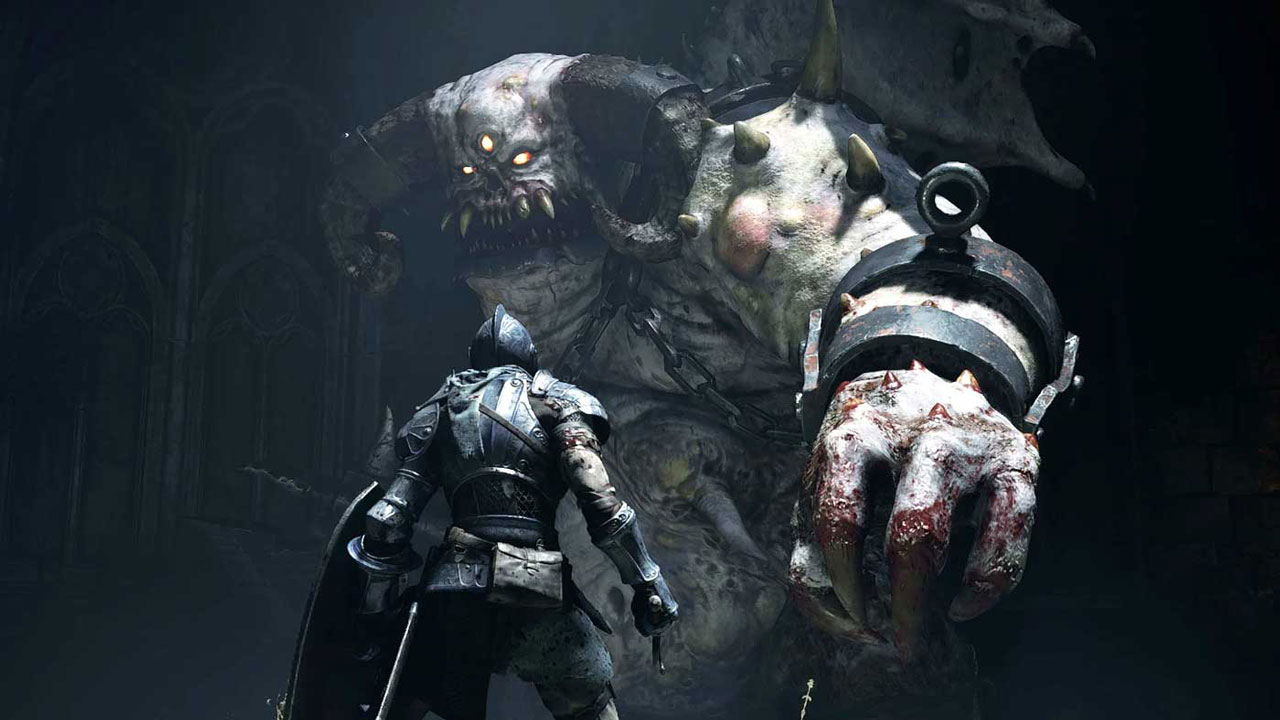 FromSoftware’s Souls series is a big deal. The studio’s bread-and-butter at this point, the third person, hard-as-nails action games have frustrated and flourished since the PlayStation 3, with each entry bringing players imaginative worlds, and rich, rich lore. With their own tales to tell and bosses to beat, it’s a saving grace that the older games are accessible through re-releases on modern consoles. There is one exception though: Demon’s Souls, the game that launched the Souls-like genre as a whole, has rotted away in the PS3’s library since 2009, out of the reach of many gamers interested in seeing where these nightmarishly difficult games started… Until now.

Demon’s Souls on PlayStation 5 is a statement. It is, as far as I’m concerned, the biggest reason to try and find a PlayStation 5 console at launch. Bluepoint Games has done a fantastic job of improving the game where it needed to be improved, but also knowing not to fix parts that weren’t broken. The game’s inspired designs are brilliantly remade, making it the best looking game to date on the new hardware, and the new graphics settings allow you to choose where your priorities lie — you can choose to play in 4K resolution at a steady enough 30 frames per second, or go up to 60 frames per second and prioritise the gameplay. Graphical advancements aren’t the only thing Bluepoint has taken advantage of, though: the levels only take a couple of seconds to load, and the DualSense’s incredible haptic feedback gives your bows and blades that next-gen crunch. Add new armour and secrets, improved multiplayer and better animations to the original game’s attack behaviour and it becomes even more clear that Bluepoint has done all the right things. This truly is the next generation of gaming.

As we wave goodbye to the eighth generation of gaming, there’s something nice about knowing great games can come back in a big way. At their best, remakes make you fall in love all over again, making a game play the way you thought it did in your rose-tinted childhood. Even if they fail, there’s always the original, waiting to welcome you back if the new game goes bad. For better or worse, 2020 had a lot of remakes, so have a seat and prepare to play your favourite games all over again. Also, if you feel like your pick for 2020’s best nostalgia trip’s been snubbed, don’t worry; just make sure you stay up to date with everything Doublejump — chances are we’ll be featuring your favourite remakes sometime soon.